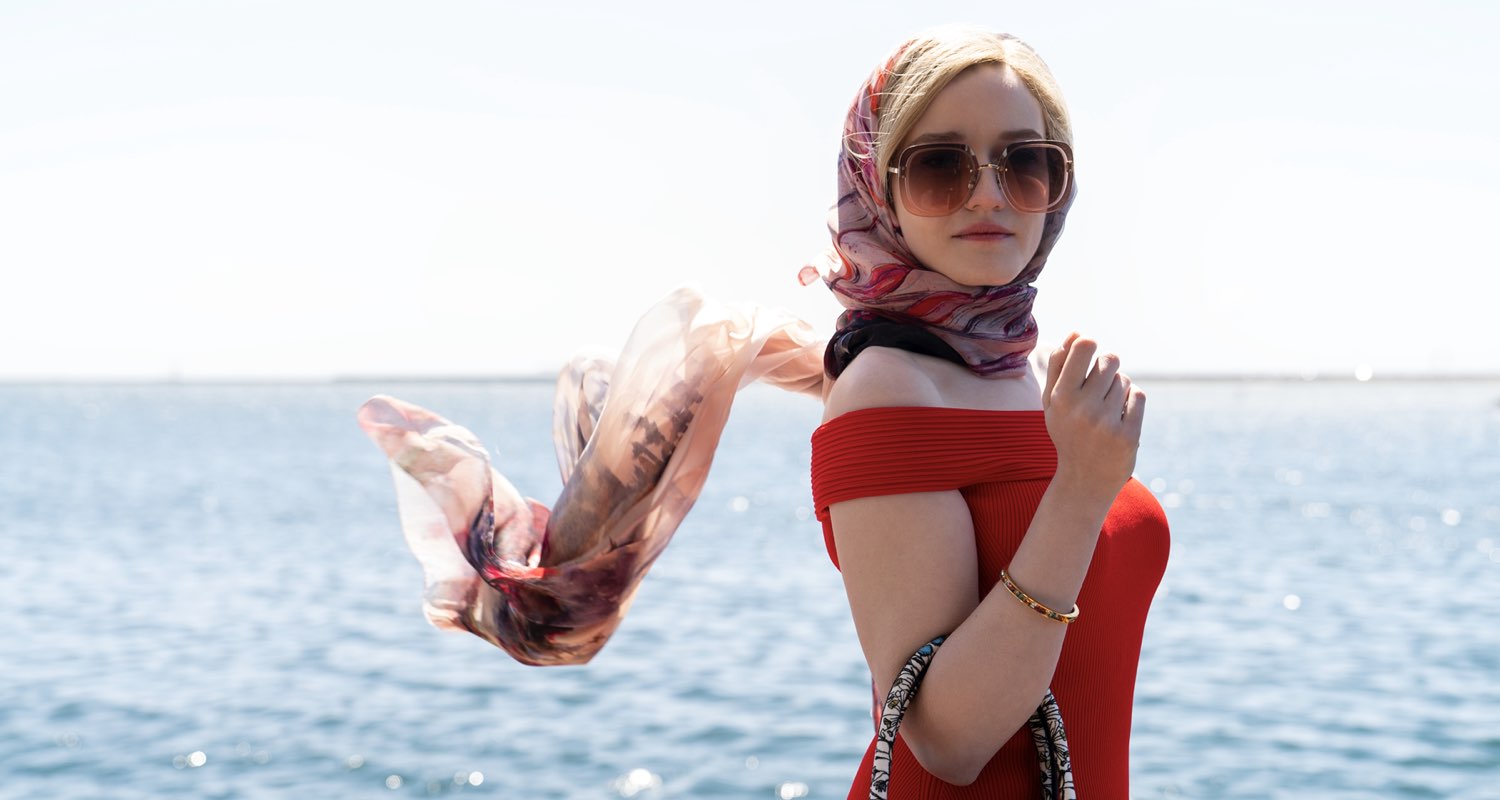 On the trail of Anna Delvey: The most glamorous filming locations from "Inventing Anna"

From New York City to Marrakesh, con artist Anna Delvey has traveled the world at the expense of others. These are the most glamorous locations of the biographical Netflix series Inventing Anna.

In 2019, Anna Sorokin, better known by her alias Anna Delvey, made headlines around the world: the supposed German heiress, who for years lived in luxury at the expense of others, was in fact neither German nor a rich heiress. Skillfully swindling her way into New York's high society, the articulate young woman, who came to Germany from Russia as a teenager, led a glamorous jet-set life that most could only dream of. But her dream of actual fame and fortune promptly burst when hotel debts piled up and people began to notice her. Sorokin was arrested and sentenced to four to twelve years behind bars - and released in early 2021 on good behavior.

Her incredible story also fascinated TV mogul Shonda Rhimes, maker of hit series such as Grey's Anatomy and Bridgerton. She secured the rights to Sorokin's story and turned it into a dazzling Netflix series. February 2022 Inventing Anna premiered and, as expected, became a global hit. It wasn't just the gripping performances by the talented cast, led by Julia Garner as Sorokin, that captivated viewers - the posh locations also kept audiences riveted to the screen. Anna Delvey may be an impostor, but her travels were enviable.

New York was Anna's personal playground for a long time. Here she swindles her way into the upper echelons of society by making them believe she is a wealthy German heiress. In truth, however, she uses up the money of her wealthy friends and convinces a bank to grant her an overdraft facility of $100,000. In the Big Apple, Anna lives among other things in the W Hotel Times Square and Beekman and regularly eats at Le Coucou in the evening.

The big city calls: Insider tips for the city that never sleeps.

Briefly, the wealthy Nora Radford (played by Kate Burton) takes Anna under her wing and further introduces her into high society. The young con artist also gets to take her to Hudson Valley in Upstate New York for an event at the Storm King Art Center, the famous open-air museum and largest sculpture park in the USA. Here Anna hopes to find investors for her members club "The Anna Delvey Foundation".

As Anna Delvey, Sorokin has also managed to infiltrate the fashion scene, even landing on the Paris Fashion Week guest list. With expensive clothes and her snooty manner, she manages to convince the people around her that she is indeed a wealthy heiress and deserves to sit in the front row at fashion shows.

A trip to the city of love? These are the most luxurious hotels in Paris.

Hoping to land an investor, Anna's friend Chase plots a trip to Ibiza, where they spend several days on the yacht of a wealthy entrepreneur - and illicitly stay long after everyone else has left. Once you've had a taste of the good life, you don't want to let go anytime soon.

Fancy the sea? Here are the most beautiful hotels and hotspots in Ibiza!

To continue impressing her new friends (and escape from the stress of piling up debt), Anna invites the entire troupe to Marrakech, where they stay at the luxury palace of La Mamounia .

During their trip to Marrakech they also visit the Jardin Majorelle, the famous garden that once belonged to Yves Saint Laurent and his partner Pierre Bergé. However, when they are presented with the bill for the private tour, they discover that Anna cannot pay it.

Inside La Mamounia: One of the best hotels in the world

When Anna's house of cards threatens to collapse further after the Marrakech fiasco, she flies to Los Angeles as a last resort and checks into the legendary Chateau Marmont .

The chateau turns out to be Anna's last glamorous stay. A short time later, she is arrested by the police and brought back to New York, where she spends the time until her trial in prison on Rikers Island - a far less luxurious experience than she was used to at the time.

Where is Anna Delvey aka Sorokin today?

Although she was released from prison a year ago, Sorokin is now no longer at large. The swindler, who by no means regrets her actions, refused to leave the U.S. after her visa expired. As a result, she is currently in custody again while she fights her planned deportation to Germany.