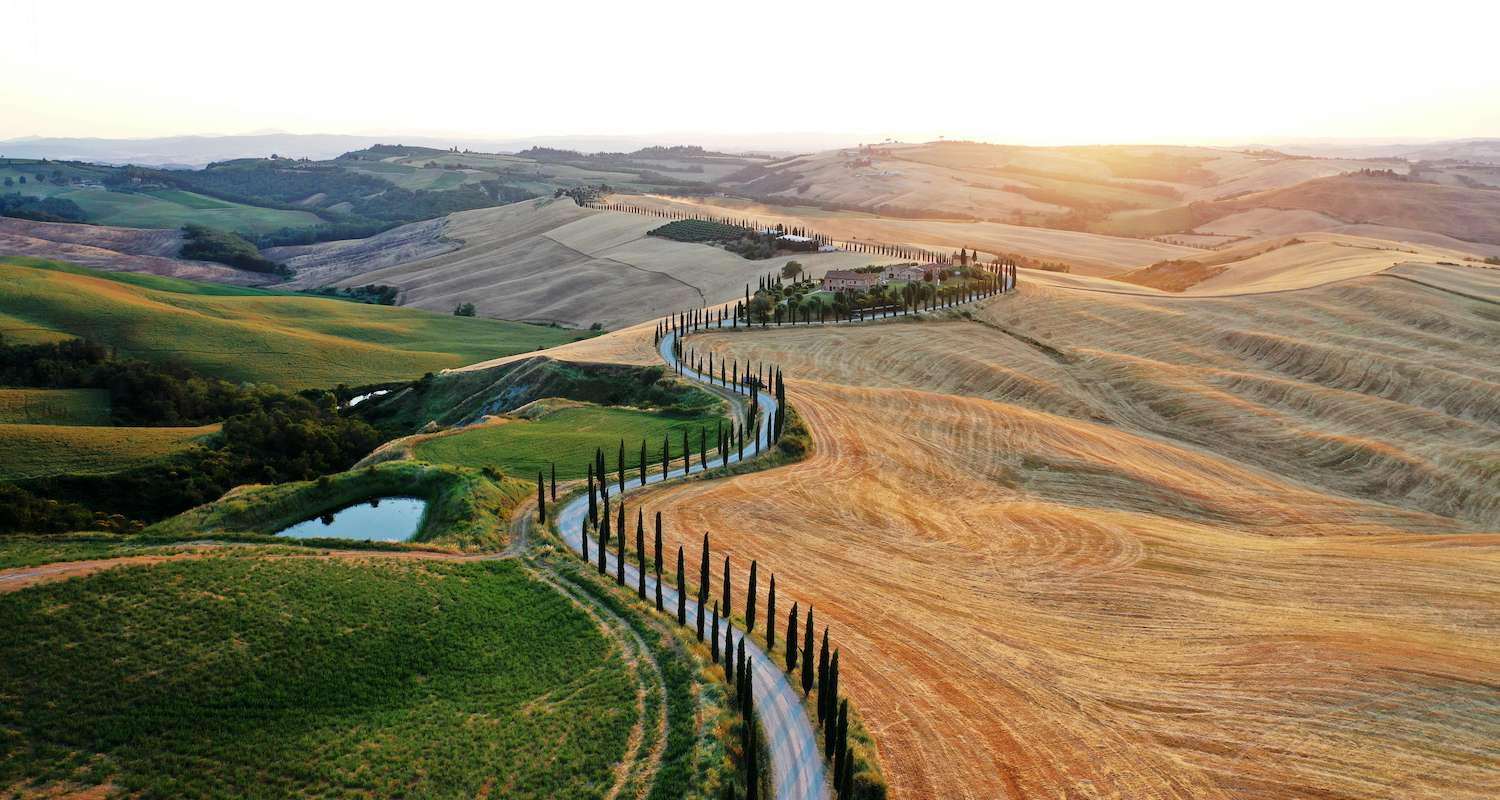 Italy is not called "Bel Paese" - the beautiful country - for nothing. Wonderful landscapes, cities steeped in history and arguably the best food in the world are just a few of the things that make up this southern European gem. One thing is for sure: you can never see enough of it. These road trips through Italy are the best way to get to know the country with the iconic boot shape.

No matter who you ask, everyone associates something different with Italy. For some it may be pasta or wine, for others it's fashion, art or architecture. Which impression you have of the country also depends strongly on which part you know best. Because not only the north and the south are fundamentally different, but also more inland, life is often abruptly different from city to city. And even if you've been there countless times, there's always something new to discover. With these five road trips through Italy, there's guaranteed to be something for everyone. There's only one thing left to say: pack your bags, fill up the tank and head straight towards the dolce vita! 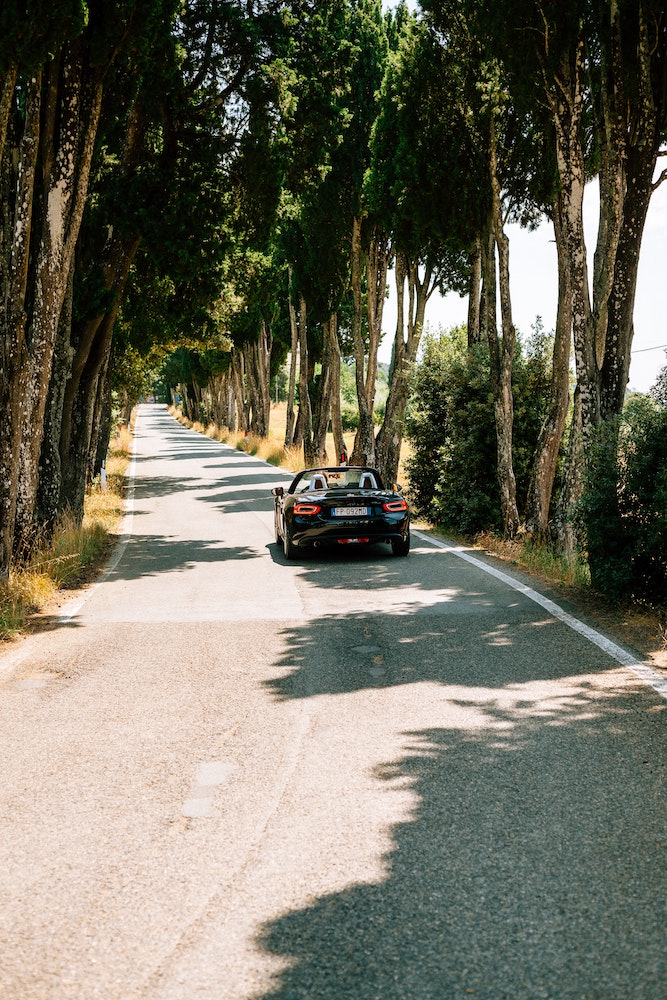 A road trip is the best way to get to know the "Bel Paese." © Teodorik Mensl/Unsplash

"Here in Verona, where the plot thickens", begins not only one of the most famous tragedies of literary history, but also this route through northern Italy. From the medieval city on the Adige River, the journey goes via Modena to Bologna, the historic university city that stands out even by Italian standards with outstanding cuisine. It continues via Parma to Milan, the international metropolis and industrial center of Italy and one of the most influential fashion cities in the world. Finally, via Lake Garda, the journey leads back to Verona, optionally ending in Venice, the iconic city on the water. 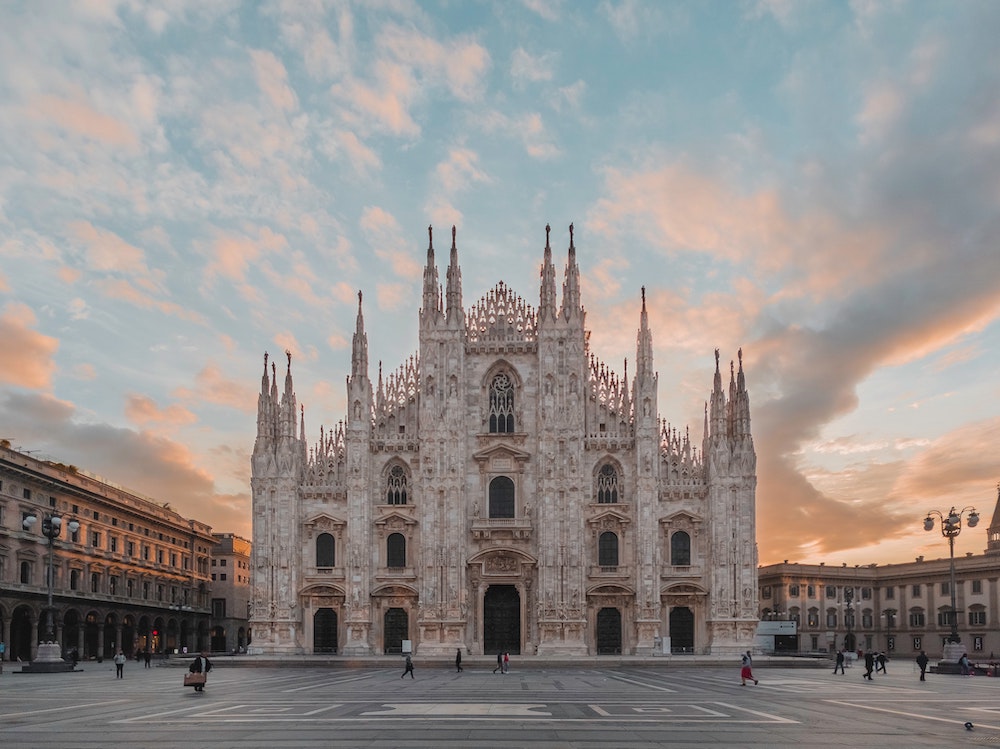 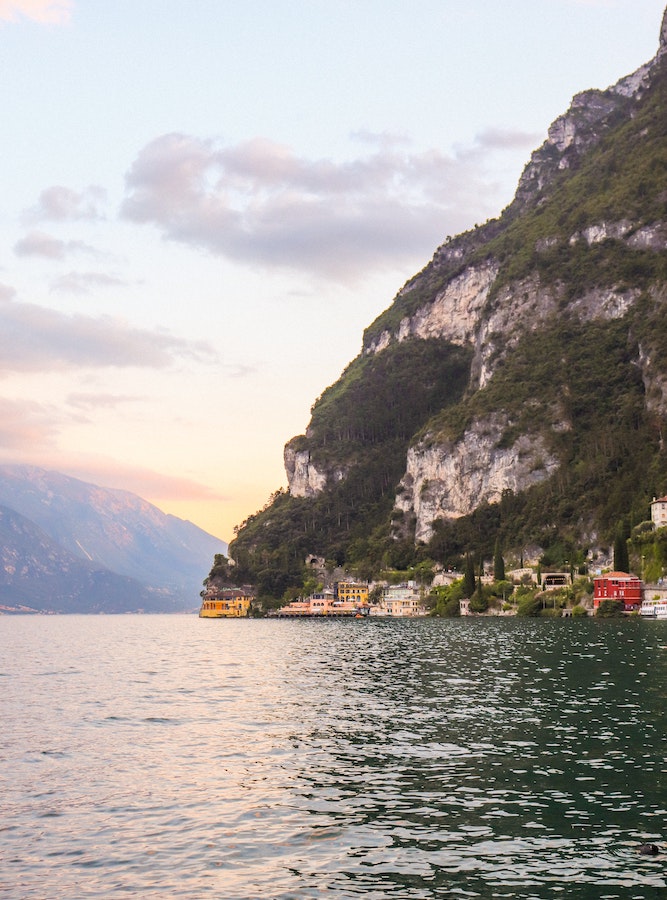 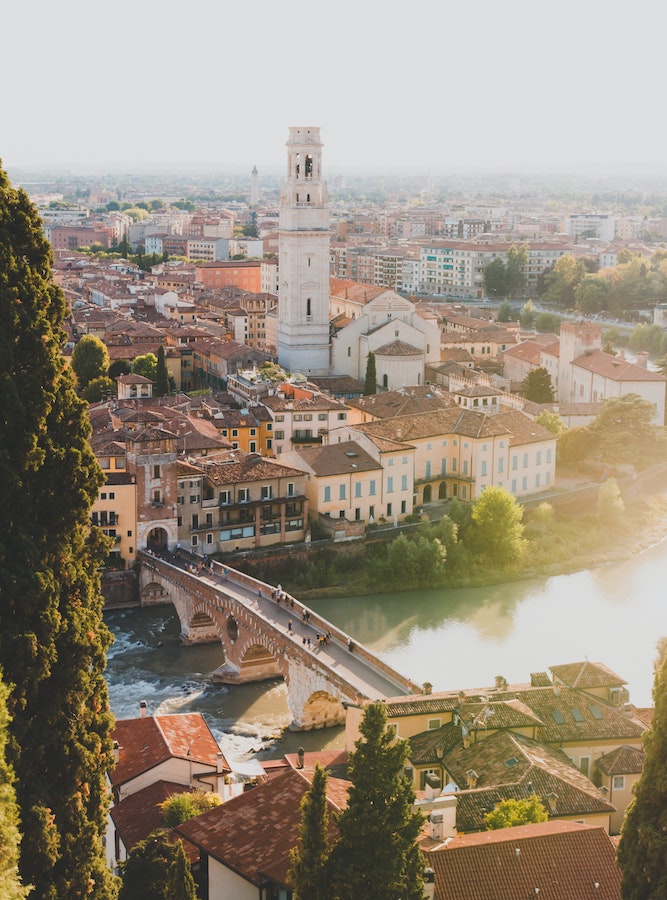 The hilly landscape with its olive groves, grapevines and cypress avenues is made for a road trip. From one city to the next, you drive along picturesque routes that are at least as beautiful as the hubs themselves. Start in Tuscany's capital, historic Florence, where you can comfortably spend two to three days exploring its famous sights. The first stop on the trip is Lucca, a delightful city with medieval charm. From here, within a good half hour, you can be in the small but world-famous Pisa, where you can marvel at the iconic leaning tower. Heading south, the journey continues to Volterra and San Gimignano, two towns that delight with their monochrome brick buildings. Then follow the famous cypress avenue Viale dei Cipresi to charming Bolgheri before heading to Siena, whose old town is a UNESCO World Heritage Site. The trip finally ends south in the Val d'Orcia, which with its picturesque landscapes is one of Tuscany's showpieces. 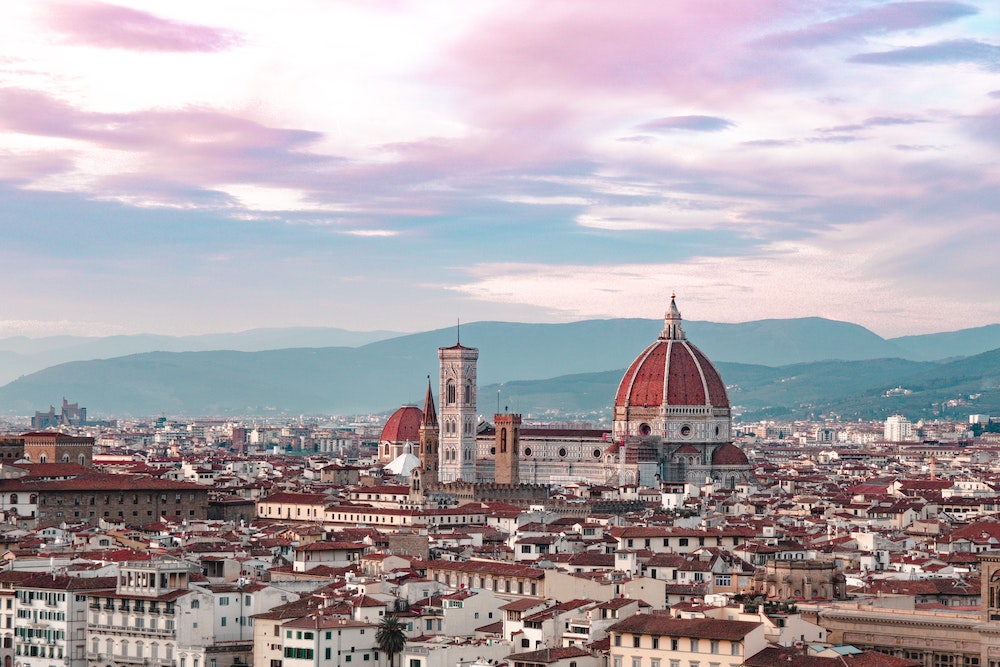 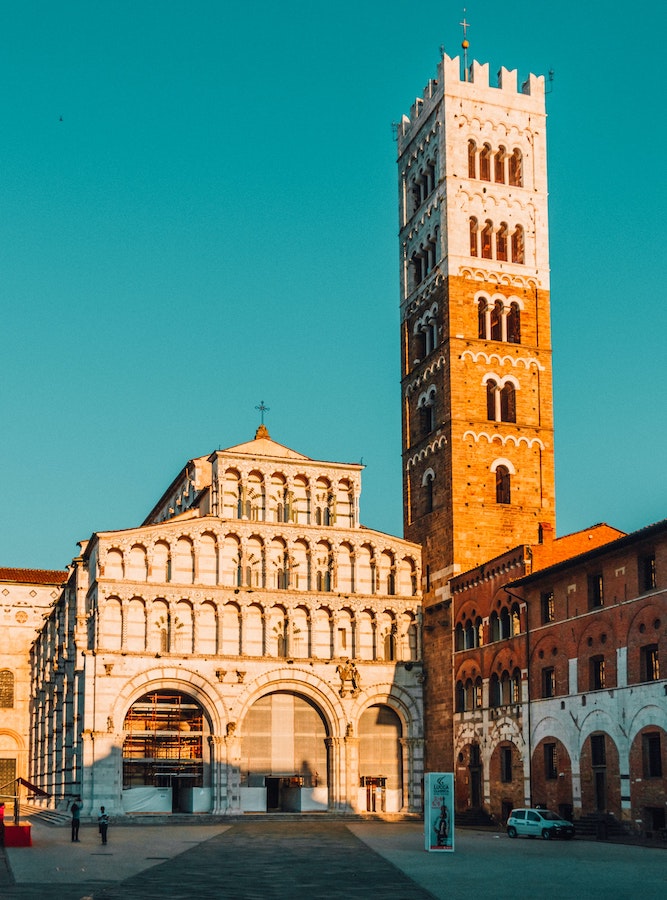 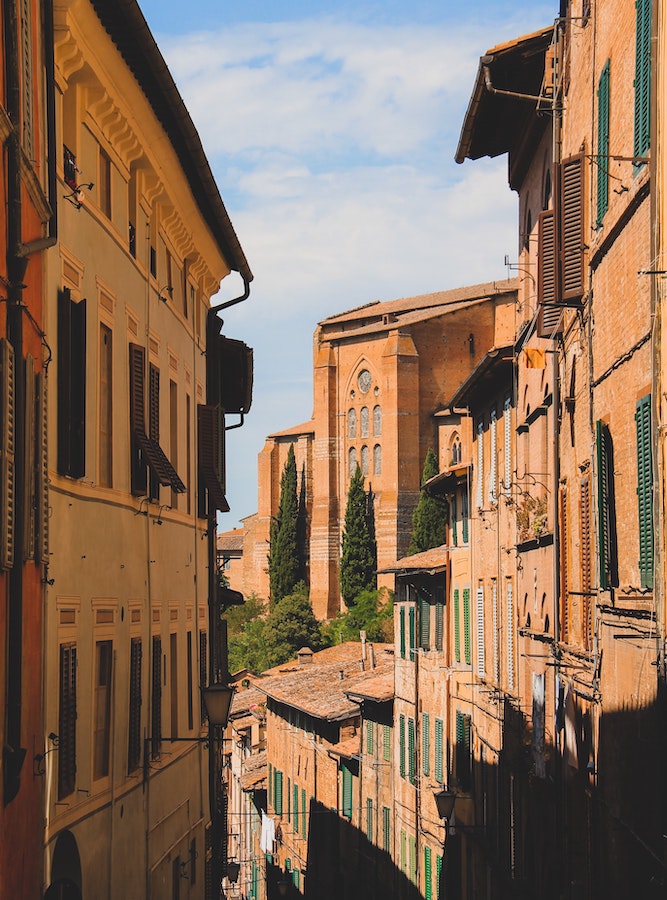 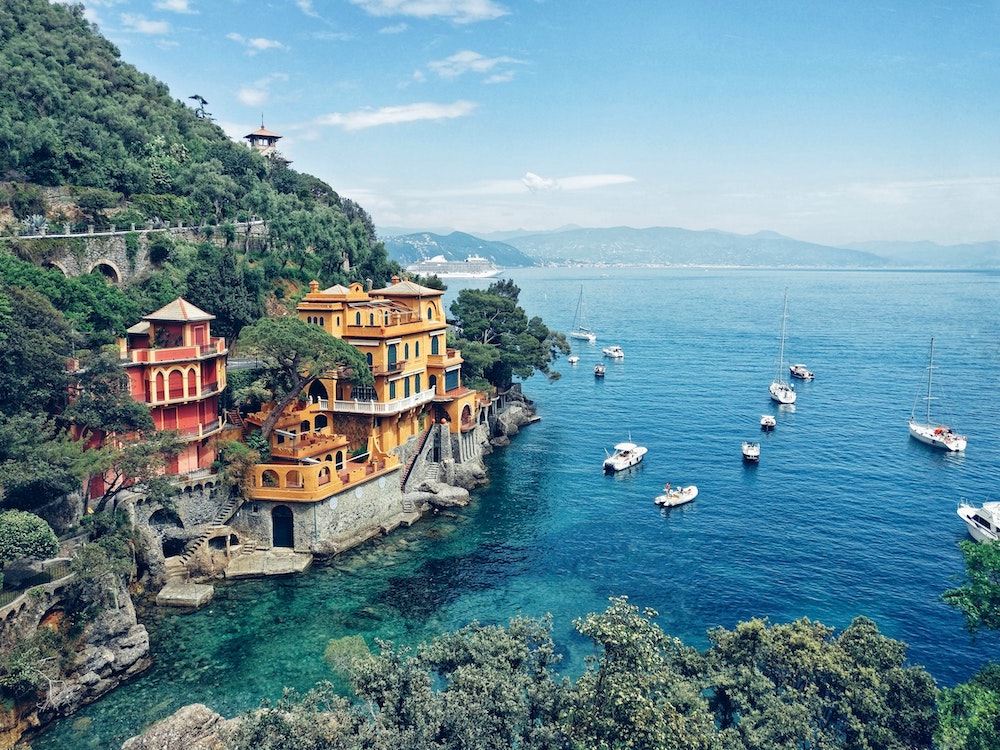 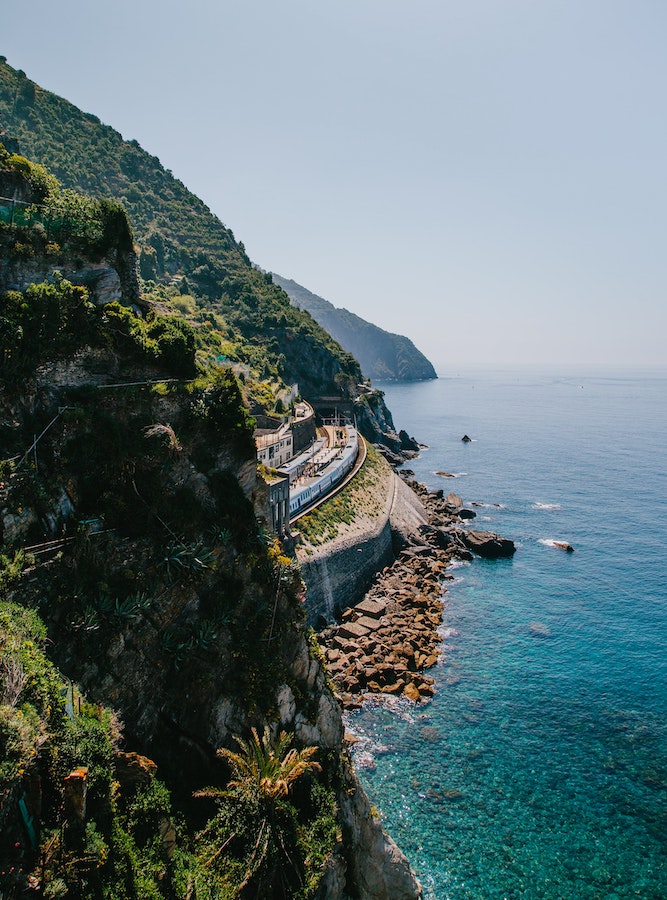 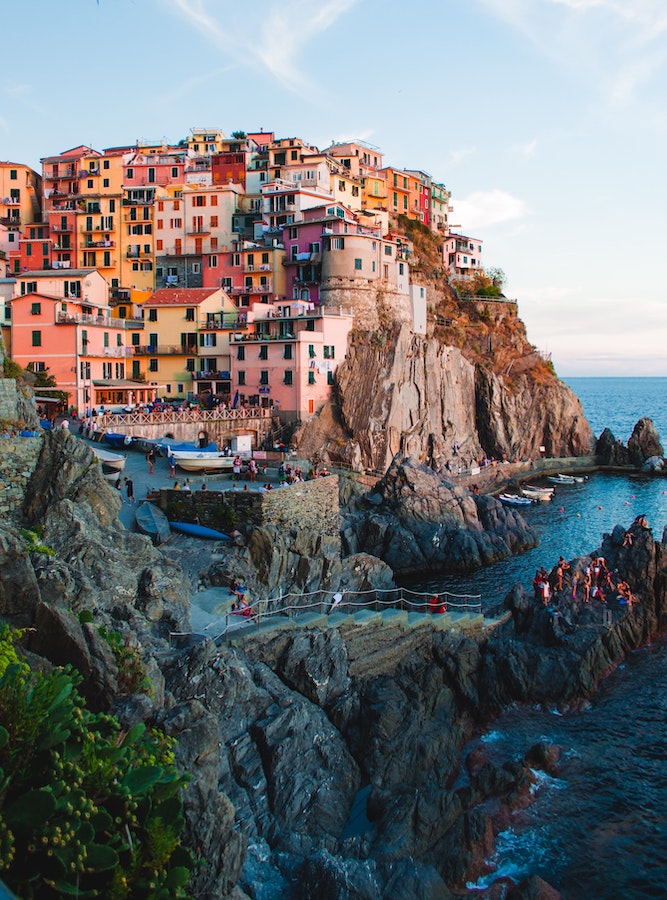 The Italian Riviera along the coast of Liguria is known for its breathtaking views and picturesque villages with pastel-colored houses. © Unsplash

One of the most exciting road trips through Italy starts in Rome and ends deep in the south at the tip of the boot. Here you should plan fewer individual stops, but more time in the individual places, because there is so much to see. Starting from the Città Eterna (the eternal city of Rome) you drive via Caserta to Naples, where you should spend at least three days. The route then leads to Pompeii and Salerno, where you get a little breather after the turbulent Naples. After a detour in Cosenza, an absolute insider tip known as the Athens of Italy, you head along the coast to end the tour in Reggio Calabria, where dreamy beaches, buildings steeped in history and legendary food await.

Insider Tip: Is this the best pasta in Rome? 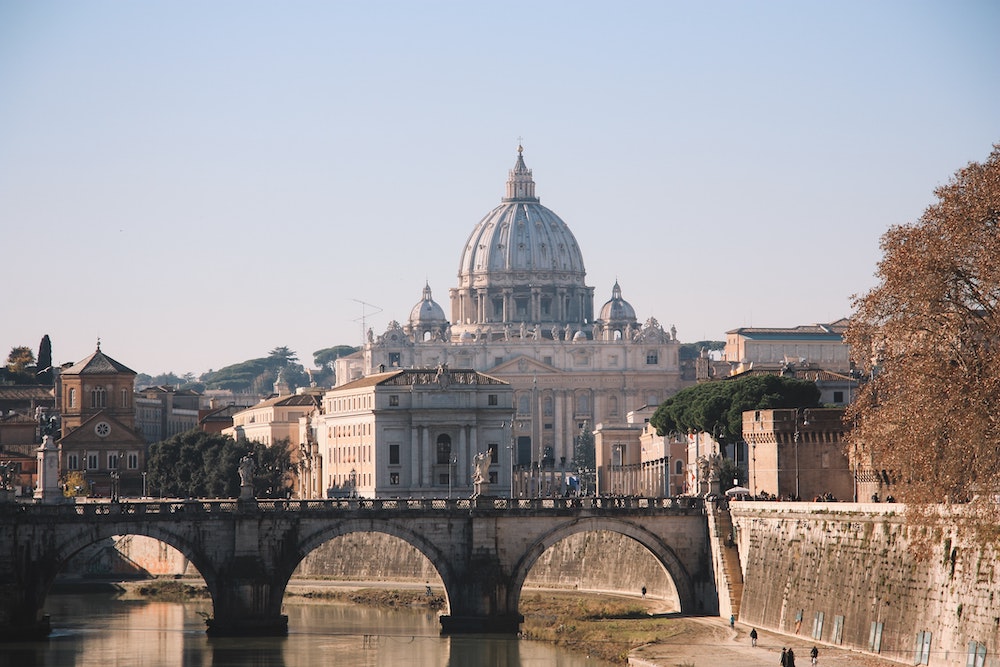 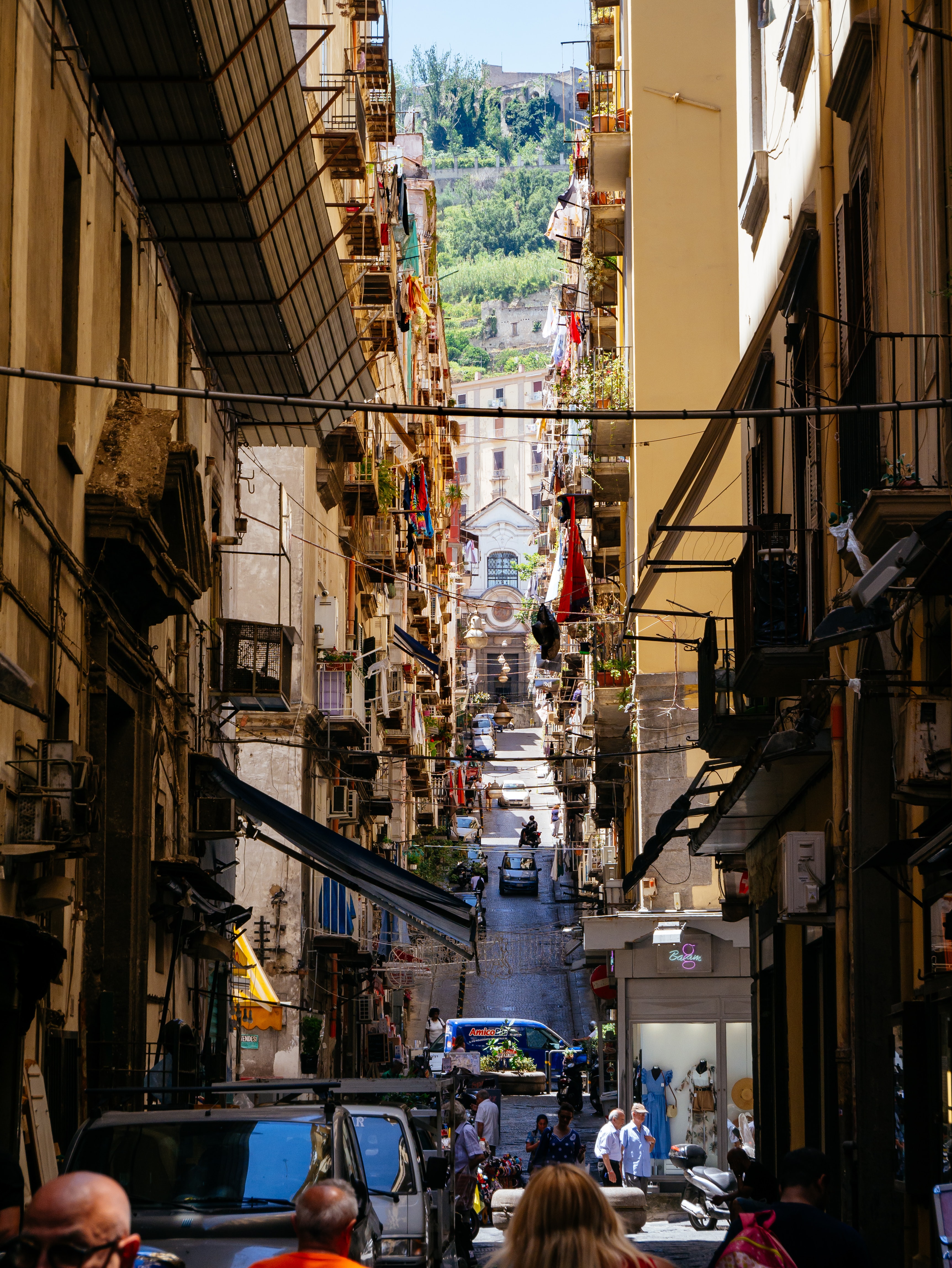 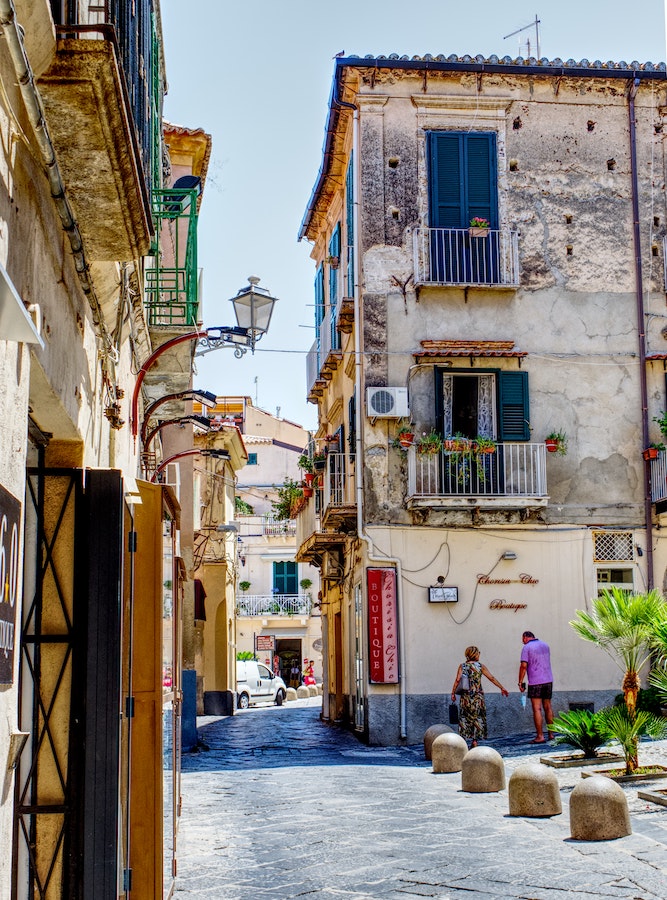 From Rome (top) to Naples (bottom left) to Reggio Calabria (bottom right), this road trip takes you through some of the most vibrant and historic parts of Italy. © Unsplash

The stunning region in southeastern Italy is becoming increasingly popular with travelers. No wonder: with its cities of white limestone buildings, an abundance of wonderful beaches, and excellent olive oil, Puglia is clearly on the rise. One of the dreamiest road trips through Italy starts in the Puglian capital of Bari, and heads to Ostuni, the white city, via Fasano. Continue west to Taranto, a fascinating city with influences from ancient Greece. The next stop is Matera, a city that 50 years ago was known as the "shame of Italy" because of its cave dwellers. However, today it is an up-and-coming hotspot among jet-setters. Via Altamura, you then head northeast again to Trani before coming full circle again in Bari, where you can enjoy big-city charm by the sea. 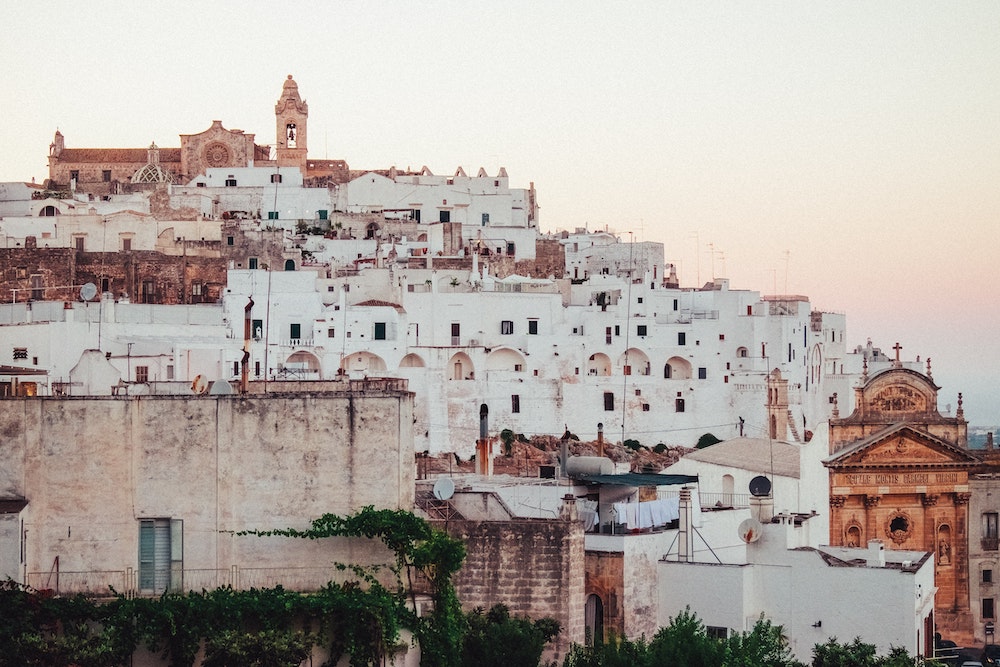 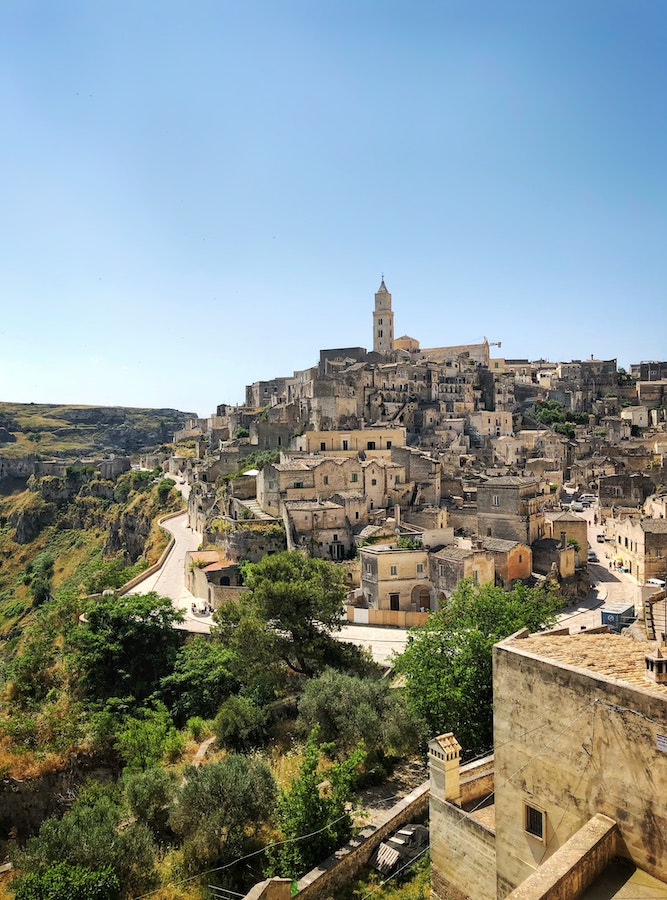 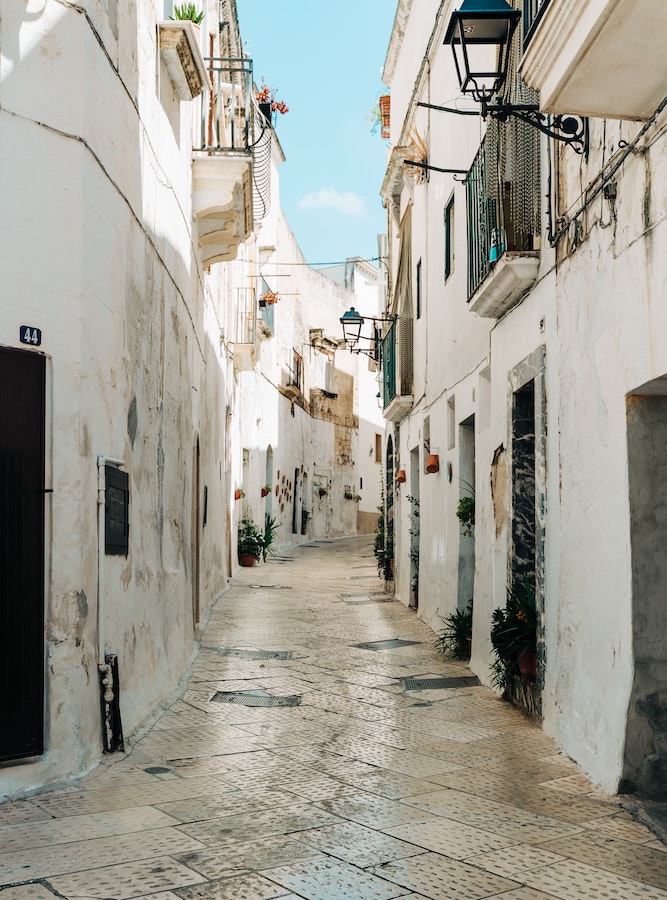 With its white cities and unusual history, Puglia in Italy completely stands out. © Unsplash