These are the 7 most popular sights in the world

We've all seen countless pictures of these world-famous sights. But are they really worth a trip?

What's the best way to measure popularity? The travel experts at Bounce have composed a score that depends on various factors, such as the ticket price, the number of annual visitors, the Google search volume, the number of Instagram tags and the rating on travel platforms. In total, there were 10 points to be scored. Interestingly, only one of the 7 most popular sights in the world is located in Europe. 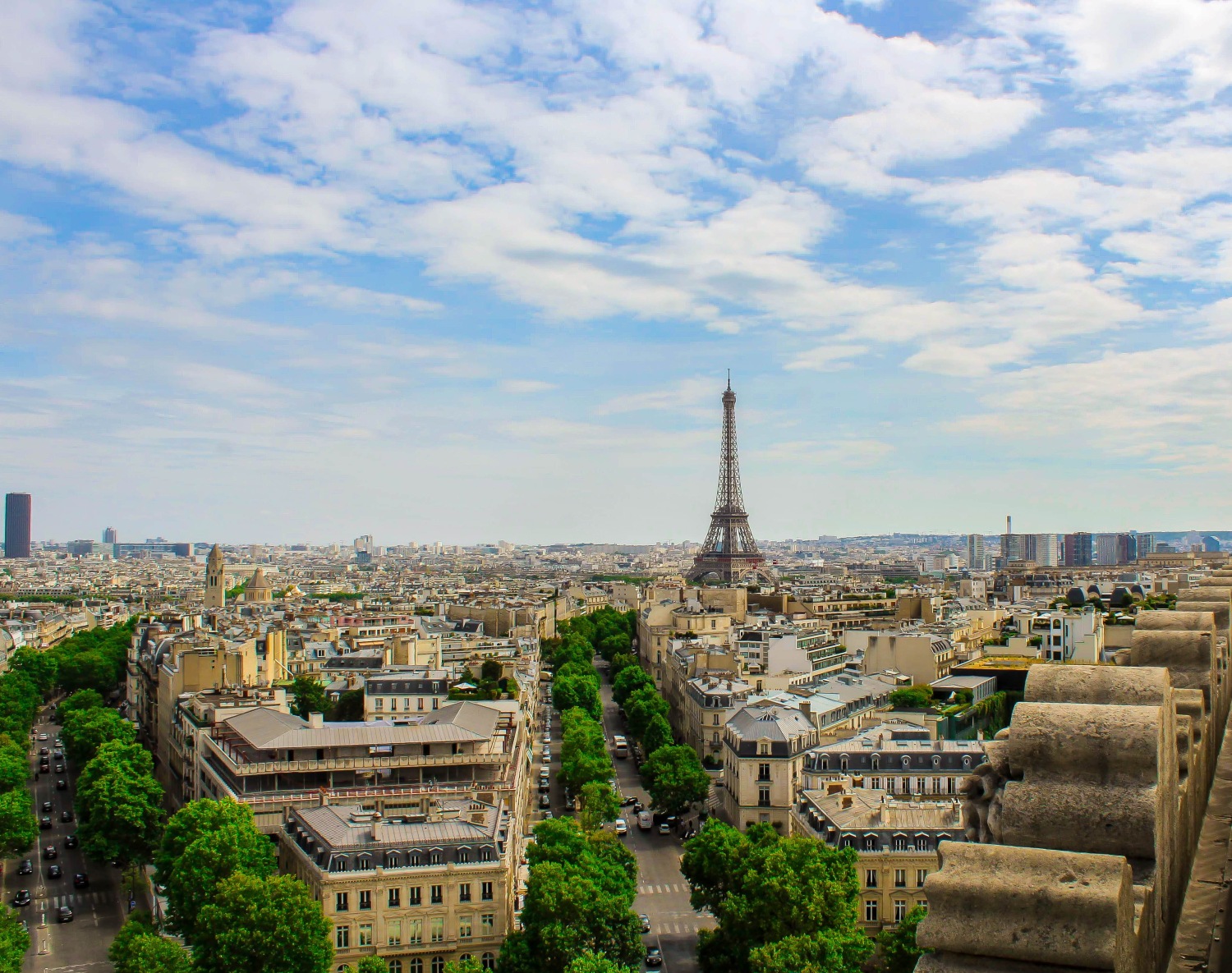 No other sight is as associated with the French capital as the Eiffel Tower. © Margarida Loure

With an overall score of 6.2 out of 10 possible points, the Eiffel Tower is actually the only one of the world's most popular landmarks in the top 7. And it's all the more iconic for it. The 330-meter-high structure opened its doors on March 31, 1889. What many don't know: It's forbidden to take photos of the illuminated Eiffel Tower at night and publish them as the motif is protected by copyright. The publication of photos requires permission from the Société d'Exploitation de la tour Eiffel.

The Best Tips for a City Break in Paris

It would take about 17 months to walk along the entire wall. © Serg Balak

The extremely positive reviews on various booking platforms and the high number of visitors, especially, account for the monumental building a score of 6.45 points. The fortification built during the Ming Dynasty (1386-1644) in northern China is impressive, indeed. With a total length of 6,260 kilometers, it's the longest structure in the world.

She welcomes visitors from all over the world: Lady Liberty. © Kim Deokryul

Lady Liberty was a gift from the French to the United States and has stood on Liberty Island in New York Harbor since 1886. In her right hand she holds a gilded torch, in her left the tabula ansata with the date of the American Declaration of Independence. She is 92.99 meters high in total. According to calculations, her shoes are a European size 1,143. 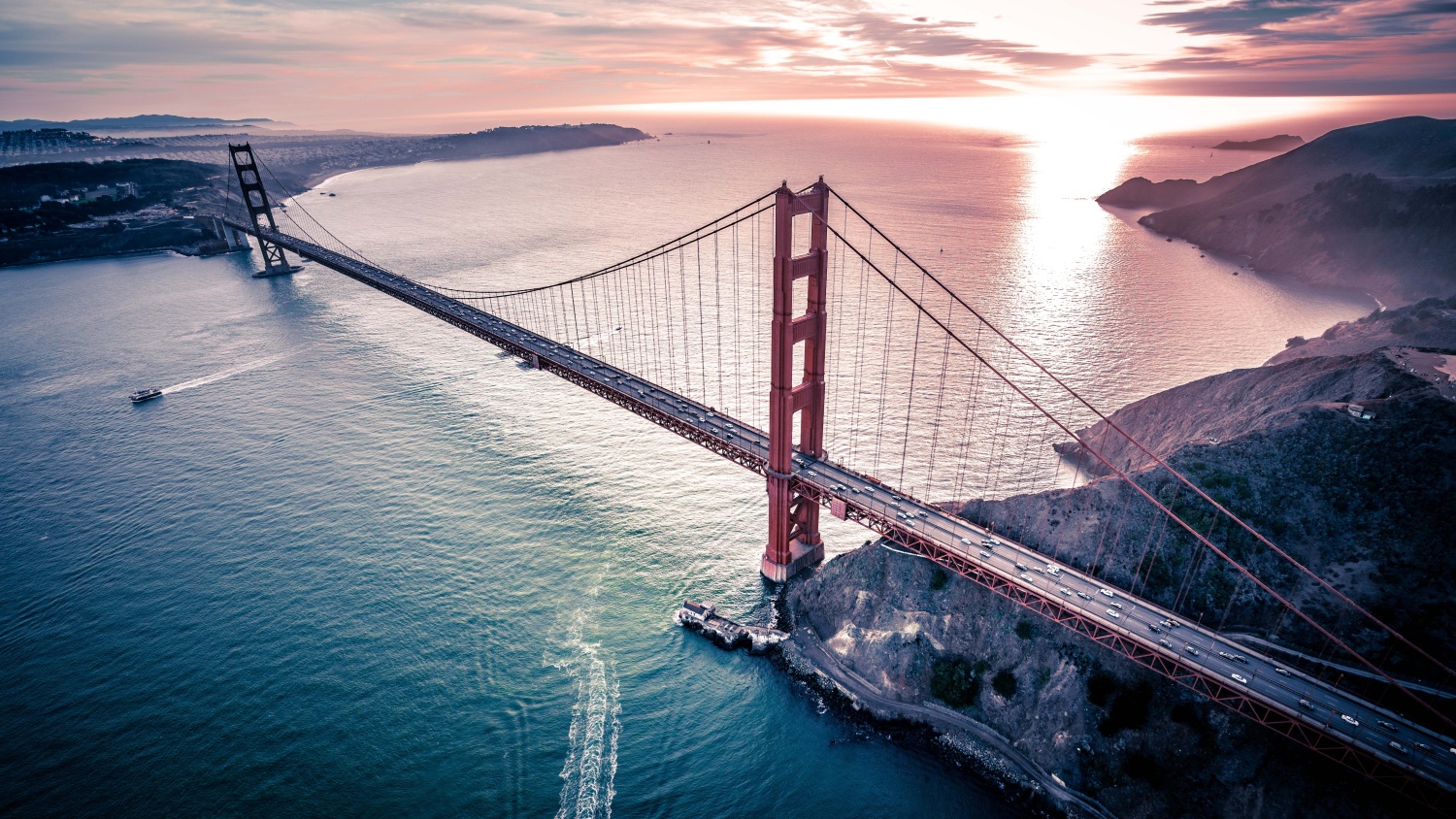 With a score of 6.9 points, the world's most famous bridge is in fourth place on our list. It's a total of 2,737 meters long and is passed by over 120,000 vehicles every day. Since its completion in 1937, the Golden Gate Bridge has been the landmark of the entire Bay Area. Originally, it was supposed to be painted gray or yellow and black, but residents of the region liked the red of the rust-proof paint, so they ended up keeping it. 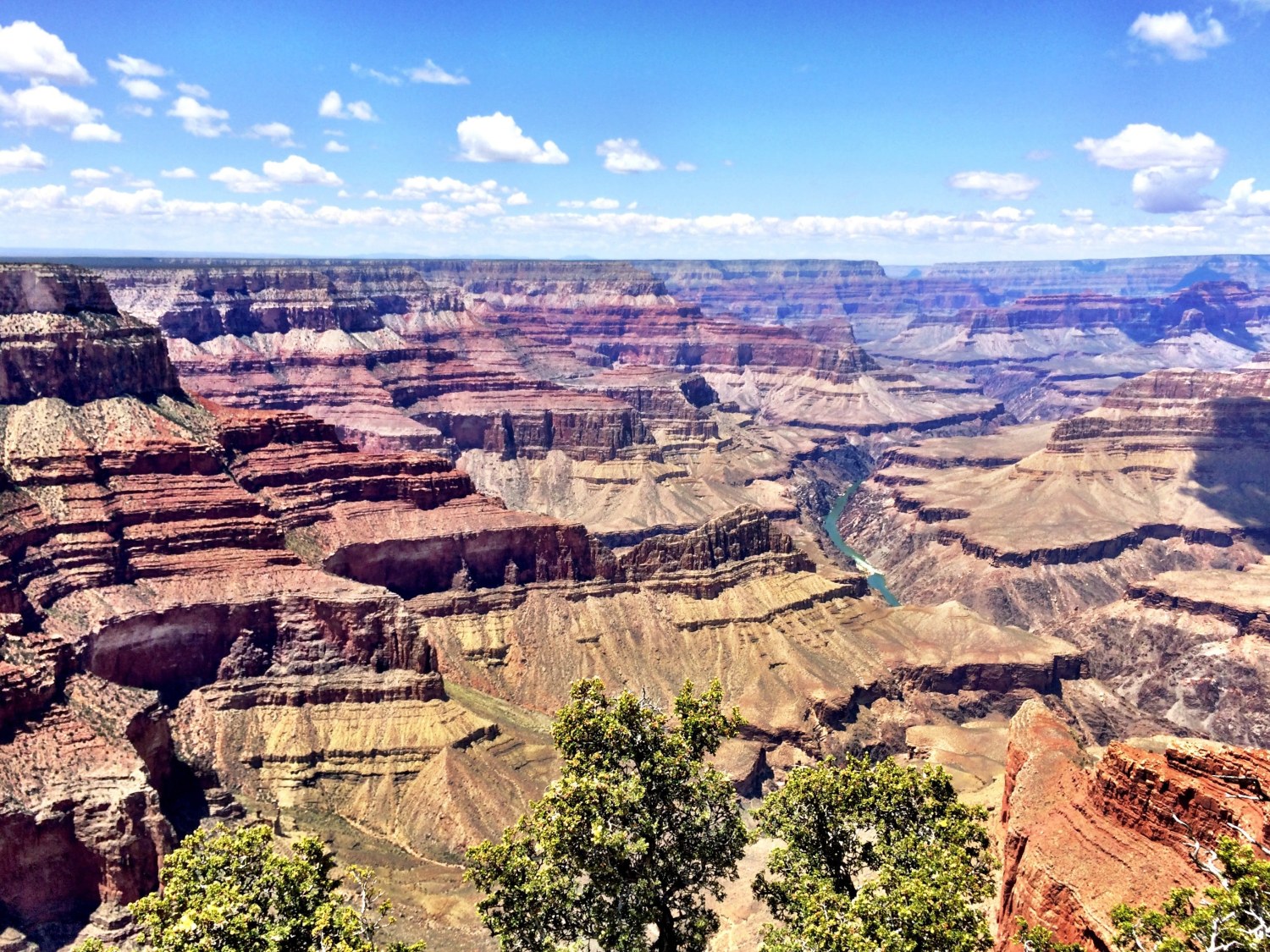 So vast and massive that a picture can't do it justice. © Valkyrie Pierce

It's one of two natural wonders that made it to the top ranks of the world's most popular attractions: the Grand Canyon. What at first glance is just a hole in the ground, is actually a 450-kilometer-long canyon, which is the result of the Colorado River cutting into rocks for millions of years. Boat trips along the river, hikes and trail rides are particularly spectacular. A walk on the Grand Canyon Skywalk is breathtaking. It rises 22 meters above the abyss and has a glass floor. Astronaut Buzz Aldrin and members of the Hualapai were to first to set foot on it in 2007. 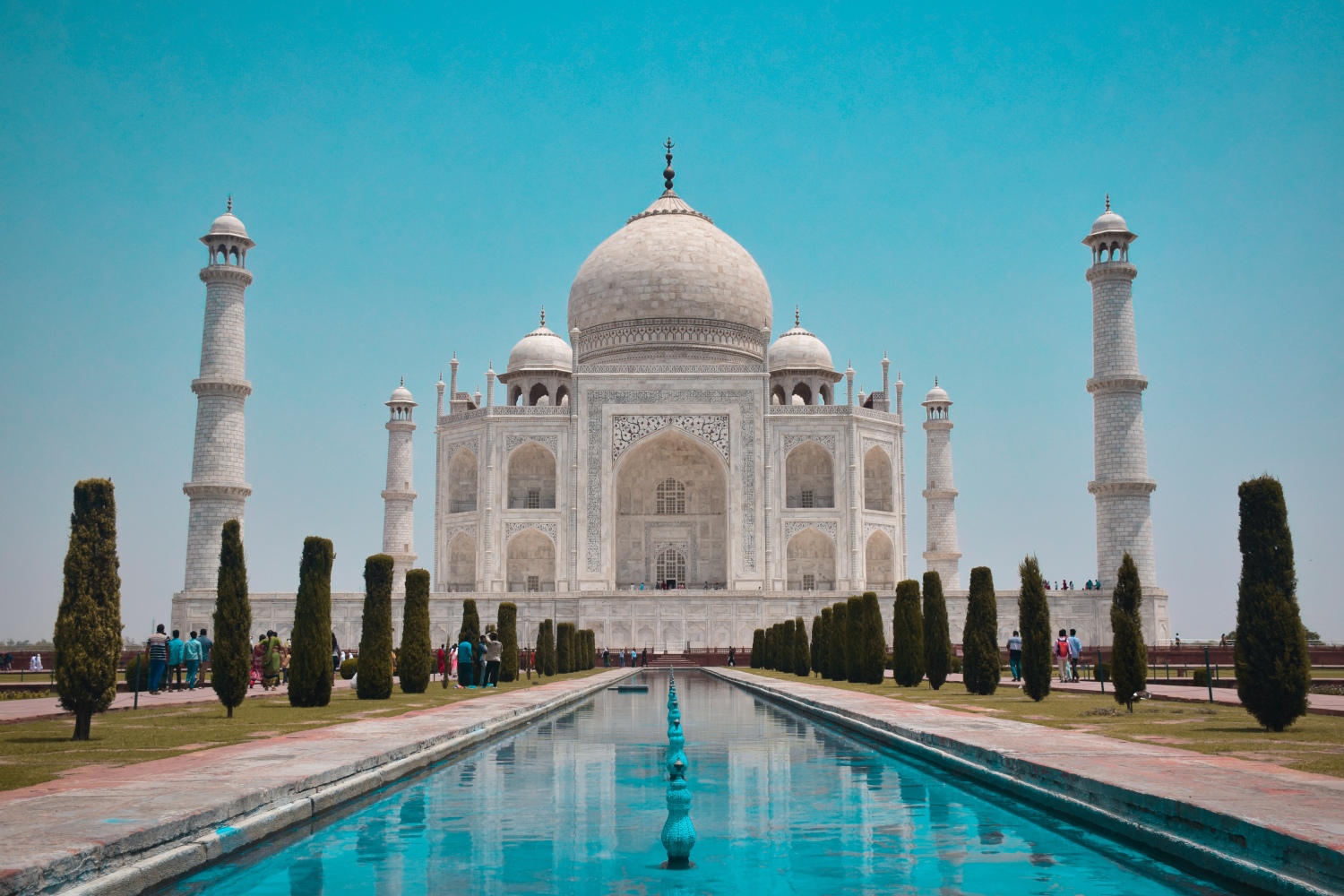 Completed in 1648 on the south bank of the Yamuna River, the mausoleum got an overall score of 7.67. The elegant structure is clad in white marble slabs and is dedicated to the memory of Mumtaz Mahal, the mistress of the Muslim Great Mogul Shah Jahan. The construction materials came from India and other parts of Asia. They were transported to the construction site with the help of about 1,000 elephants. It has been a UNESCO World Heritage Site since 1983. 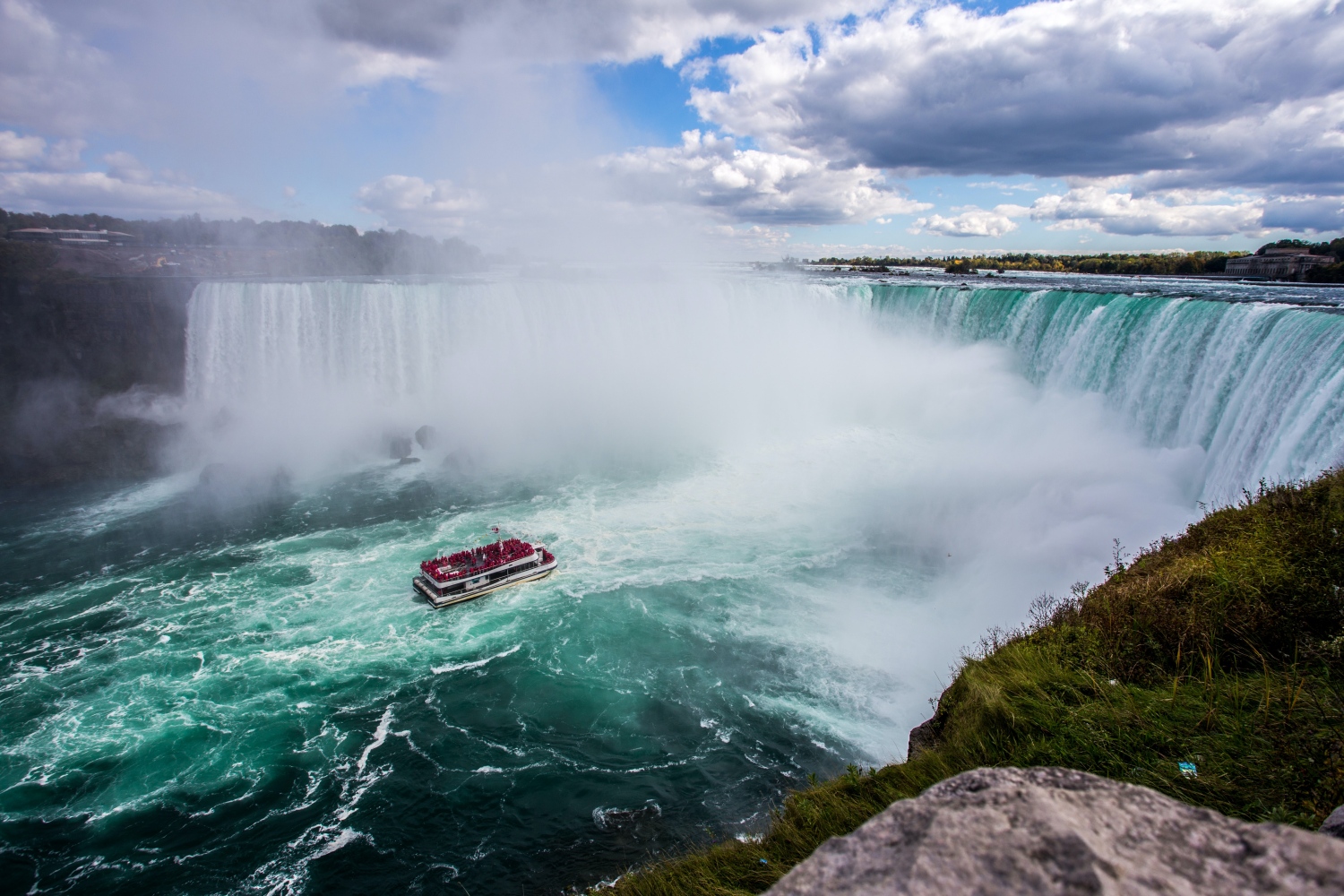 The three waterfalls that make up Niagara Falls take the top spot. © Unsplash

With a score of 9.22 points, the natural wonder on the border between the states of New York (USA) and Ontario (Canada) is the world's most popular landmark. More than 3.48 million Instagram posts have captured the spectacle for eternity. After all, it's a monumental sight when the water masses of the Niagara River plunge 57 meters into the depths. Interesting detail on the side: part of the water is diverted via a weir to generate electricity. At night, this reduces the volume of the falling water masses. Contrary to popular belief, however, the Niagara Falls can't be "switched off."