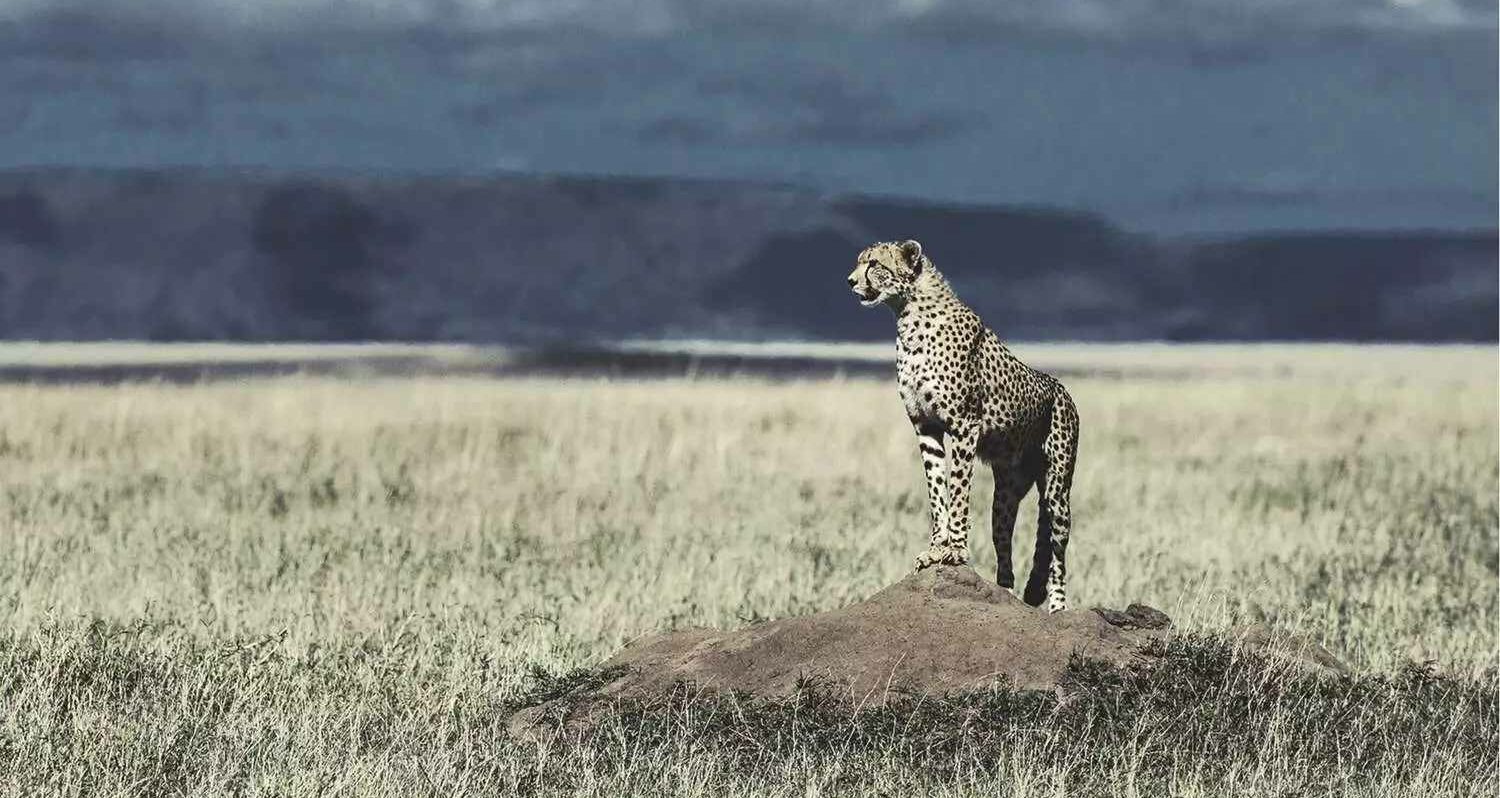 I closed my eyes and was just happy.

The Krüger offspring was born in Lugano, grew up in the Serengeti, always with his proud and successful father, actor Hardy Krüger, in mind. He taught his son to think outside the box. In view of his exciting life, he has probably succeeded in doing so. And in view of the many journeys that Hardy has made around the world.

From Africa to the whole world

Growing up in Africa in the shadow of Mount Kilimanjaro. It was there that Hardy's father made the film "Hatari!" (means "danger" in Swahili, editor's note). Together with John Wayne almost exactly 55 years ago. As professional animal trappers, they roamed the Serengeti and the Ngorongoro Crater in rickety jeeps to catch rhinos, giraffes and other big game for zoos around the world. And there it came: A love of Africa. So little Hardy grew up on a farm in Tanzania. These are the first memories of Hardy Krüger Jr. In the last years he published a Blog, wrote a CookbookHe travelled the world, acted successfully in the theatre and spent a lot of time with his children. His photo exhibition "The Lost Paradise"extended. The 49-year-old is currently acting in Hamburg and is working tirelessly on many new projects that take him all over the world. People and their stories are very important to Hardy Krüger Jr. and he is a good listener. He captures this very well in his photos .

The Krüger offspring was born in Lugano, grew up in the Serengeti, always with his proud and successful father, actor Hardy Krüger, in mind. He always taught him and his sister to think outside the box. With regard to his exciting life, he has succeeded very well. And in view of the many journeys he has made. 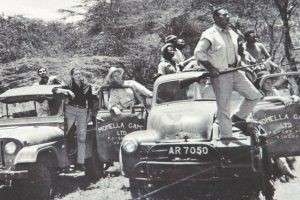 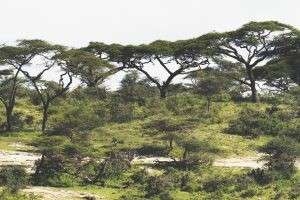 With John Wayne, Hardy Krüger filmed the Hollywood movie Hatari! in Tanzania in the 1960s. Photo: Spiegel Online. "Africa is magical for me." Hardy Krüger Jr.

First, I have to admit that I am not the classic vacation type. I am the classic workaholic. The biggest punishment for me the idea of a Maldives vacation! That's not me, I thought. Things were to turn out differently....

In short, I was persuaded to fly to an island where I could already see the other end of my abode. For me, that was like standing on the spot and spinning around myself for 12 days. But it didn't work out that way. I got up. Had breakfast like a king, did some sports, lay down in the Watervilla (which was really great) and was just happy. Who knew I could do that. RUMLIEGEN. Best moments for me in a long time, honestly! Reading, writing, sleeping, looking fish in the eye. Seeing corals. It's like being in a movie. This was probably the best three weeks of my life. The only spot in the world where I felt like someone was turning the hands of the clock. I did nothing and the days just flew by.

Writing, reading, all that can make you very happy. There are still so many things to experience. Places and places that are magical. You get to meet people who give you something of themselves along the way. It makes you sad not to have them around. To sum it up, I am a traveler who still wants to arrive. A world traveler. 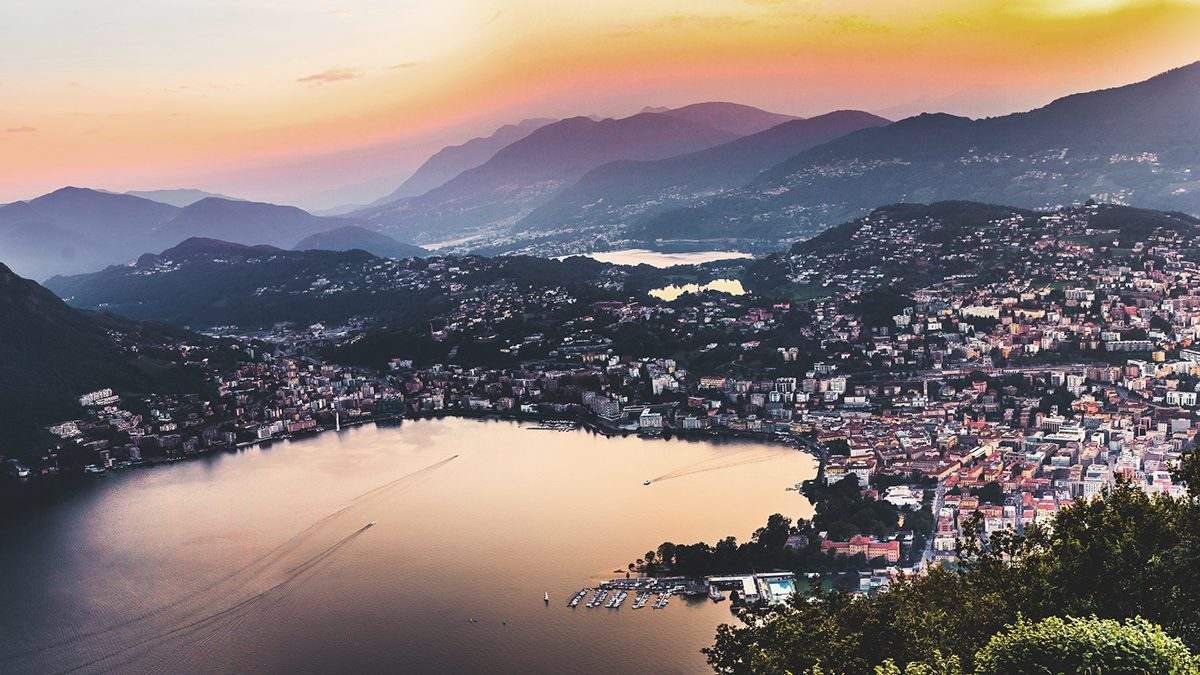 Hardy Krüger Jr. was born in Lugano - but soon he went to East Africa.

"You get to know people who give you something of themselves along the way." 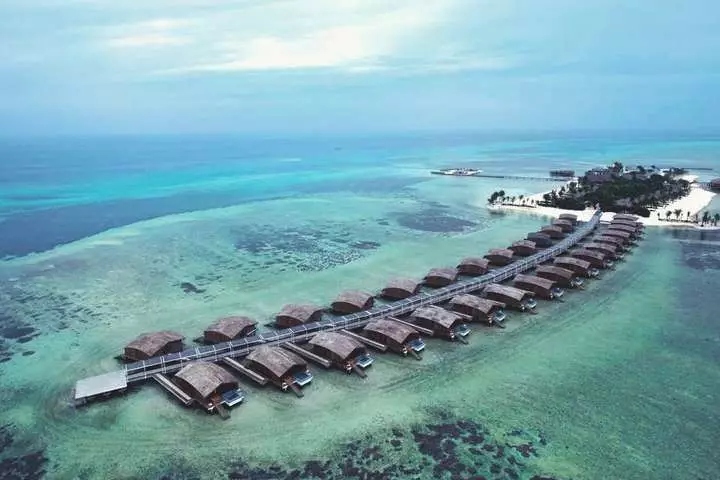 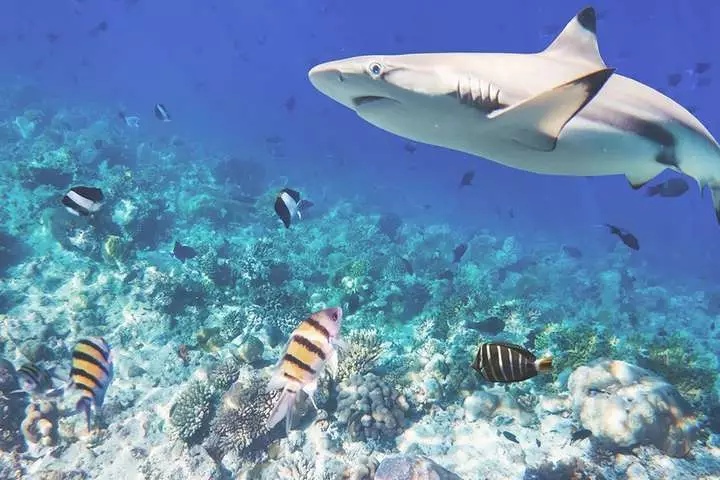 From one end you can see the other. That's why it's a paradise. Diving with sharks scares you? Small reef sharks are part of the standard program in the Maldives and are largely harmless. 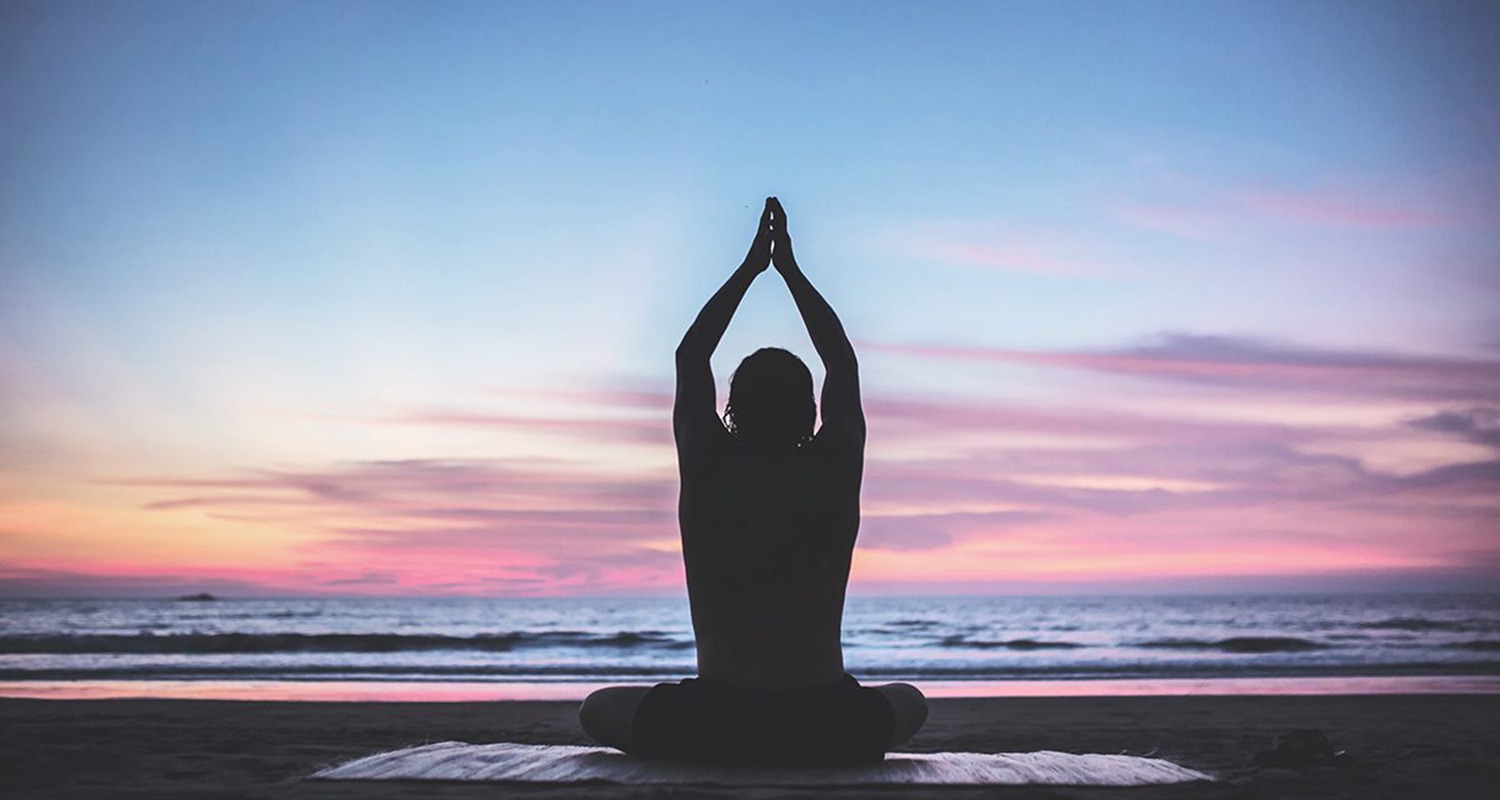 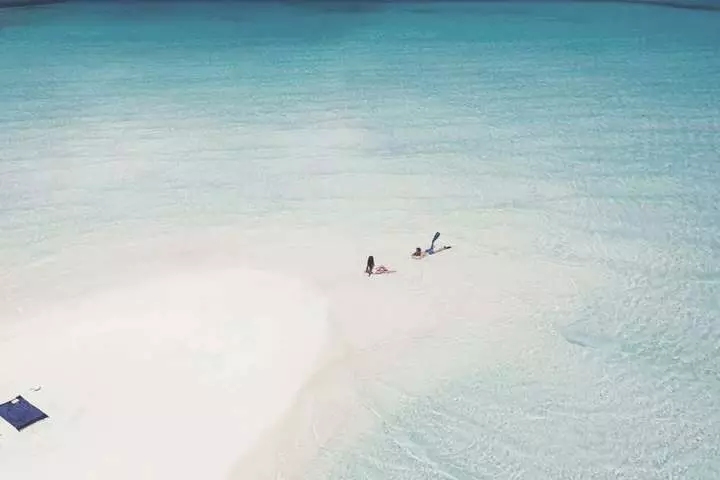 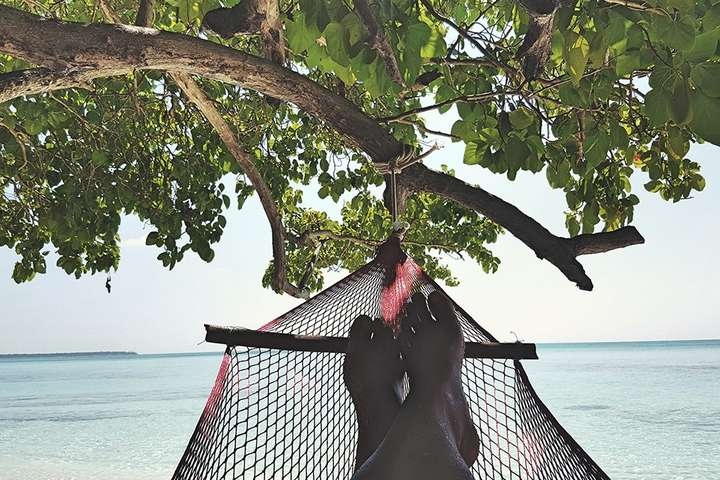 Even adventurers need to take a break... ...and just swing in a hammock.

My thoughts on the Maldives

I love this place because...

you can find your peace and quiet there. The Watervillas are modern and nicely furnished, large and hardly any wind, the beach is clean, the staff so friendly.

getting up in the morning, a jump into the water, meditate and then have breakfast. On my own balcony with a view into the distance.

The Perfect Evening In Finohlu Ends With...

an evening swim and a cocktail at the bar.

What is a must see in Finohlu?

You should just go to the neighboring island Kani. There you can really party and let off steam if you want to. Otherwise I would recommend a dive. I have seen rays, and turtles. Sharks were also there. They left me alone though....

The most extraordinary place in Finohlu...

are the bungalows themselves. A dream!

Your favorite travel destination summed up in one sentence:

Once around the world. That was a sentence, wasn't it?

A look into my life

Good words that make my mind do somersaults. We're inundated with so much bullshit every day. Even news we don't even know is real. Where we go, we're analyzed. One word, one good word, strung together can make sentences that fire me up. That inspires me.

How would a good friend describe you?

You mean the two real friends you have? They would certainly describe me as chaotic, creative, reliable and unpredictable.

Her lifestyle in 5 words:

Her philosophy of life:

What else should we know about you?

Are they running out of questions? What kind of shenanigans have they been up to today? What was the first sentence they thought this morning? What are they going to wear today?

Traveling means to you:

Life. As I said, a traveler who never wants to arrive.

"The best moments for me in a long time, honestly!"