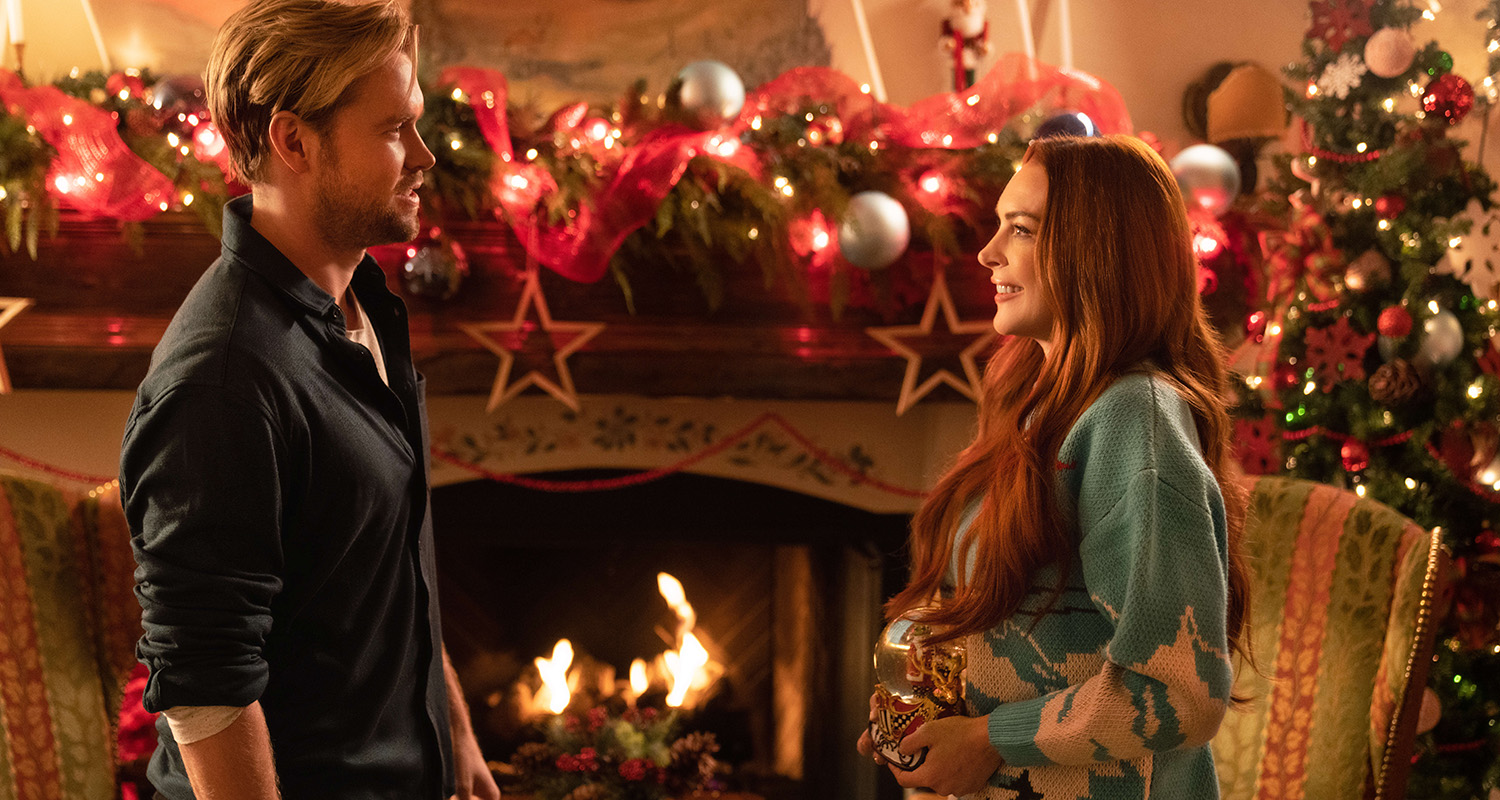 Where Was Falling for Christmas Filmed?

Hollywood star Lindsay Lohan celebrates her comeback with Falling for Christmas. The picturesque locations at the center the Netflix hit actually exist – and are well worth the trip.

At last, it's the most wonderful time of the year – and Netflix just released a slew of festive programming just in time for the holiday season. One of the most notable offerings is Falling for Christmas. The holiday movie heralds not just jingle bells, but also the comeback of rom-com queen Lindsay Lohan, who stars in the flick alongside Glee alumn Chord Overstreet.

What is Falling for Christmas about? 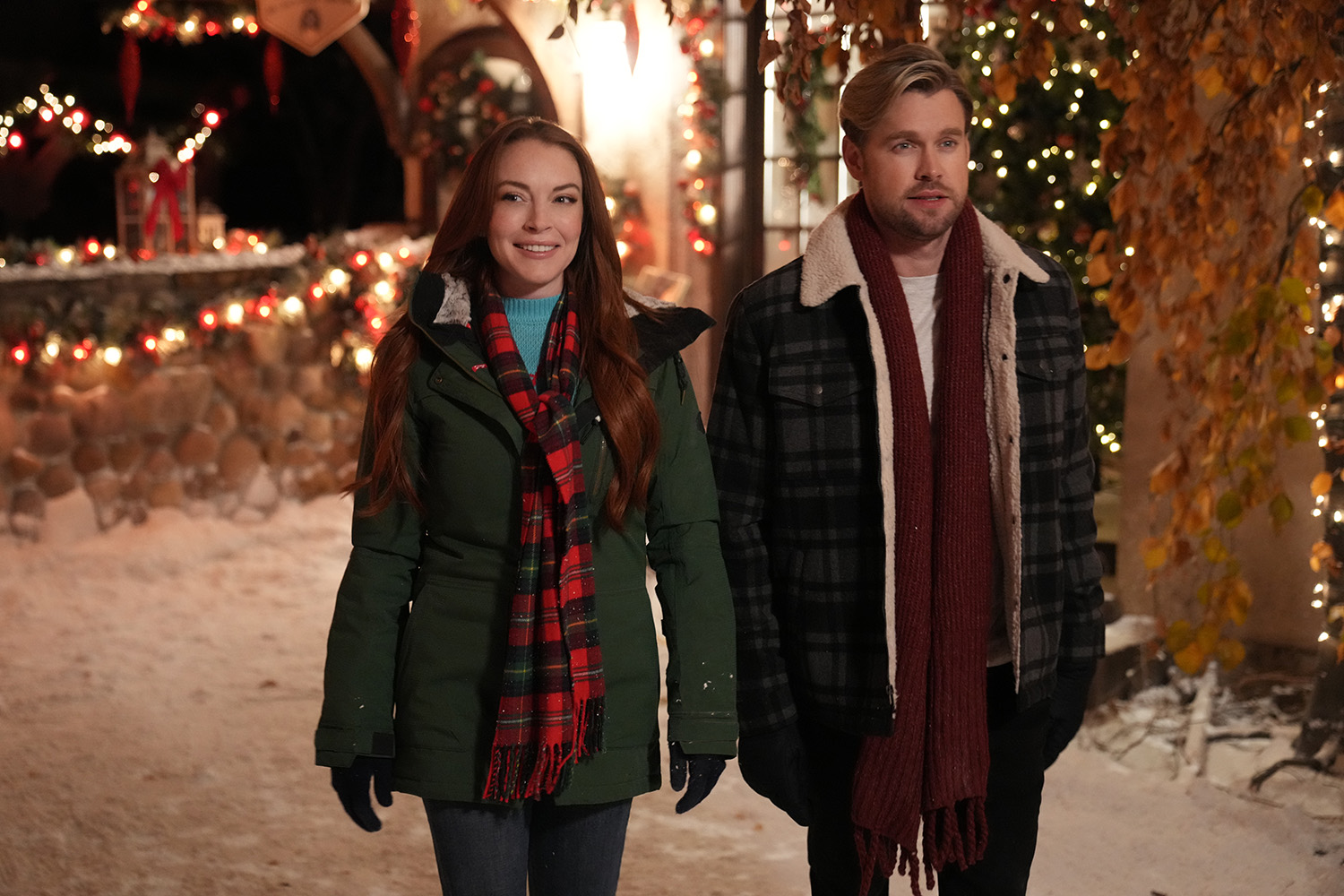 Lindsay Lohan as Sierra and Chord Overstreet as Jake in Falling for Christmas. © Scott Everett White/Netflix

After a skiing accident, newly engaged hotel heiress Sierra Belmont (Lindsay Lohan) suffers from amnesia. Without further ado, she finds shelter in the lodge of widowed B&B owner Jake Russell (Chord Overstreet) and his daughter. Snuggled up in the cozy lodge, sparks soon fly between the rich heiress and the charming lodge owner.

Good news for all those who long for a heartwarming hour and a half and a romantic trip: both the North Star Lodge and the Belmont Summit Resort actually exist. However, the filming locations weren't in Aspen, where the movie is set, but in the U.S. state of Utah, where Netflix filmed most of the scenes in 2021.

Related: These Are the 10 Most Beautiful Filming Locations

All the locations in Falling for Christmas 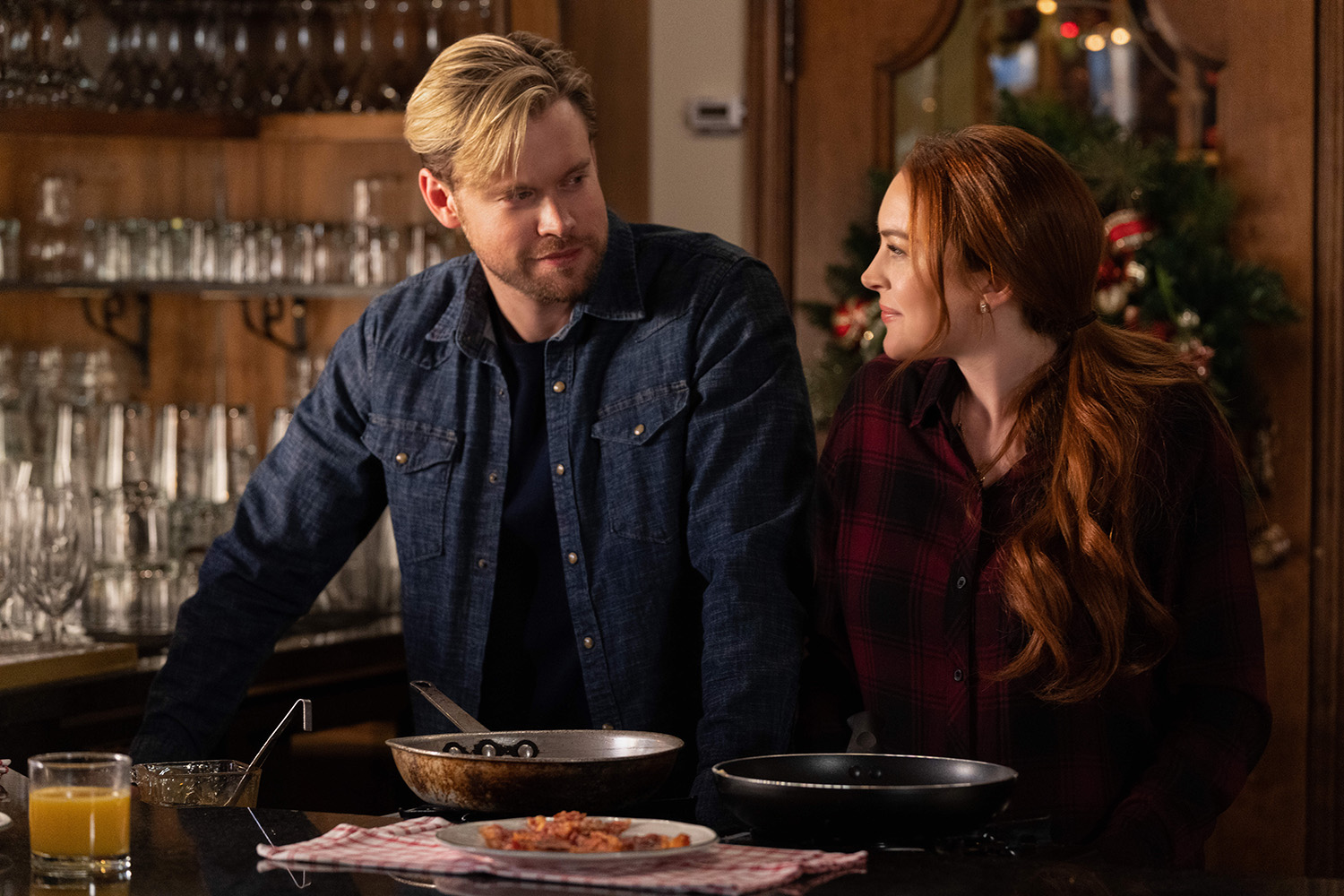 The scenes at the charming little B&B were filmed at one of the best hotels in the region: the Stein Eriksen Lodge. © Netflix

The North Star Lodge, which is in financial trouble in the Netflix film, is not so small in real life. The scenes where Sierra and Jake fall in love were filmed at the luxurious Stein Eriksen Lodge in Park City, about 60 kilometers from Salt Lake City. Inspired by Norwegian Olympic star Stein Eriksen, the lodge opened in 1982 and is one of the best ski hotels in the region. Crackling fireplaces, a rustic wine bar, fine dining, and an elegant spa: the five-star hotel in Deer Valley remains a popular destination for romantic getaways.

Goldener Hirsch in Park City, which opened in 1992 as part of the Auberge Resorts Collection, depicts the fictional Belmont Summit Resort in Falling for Christmas. The resort is located within walking distance of the Eriksen Lodge in Park City. 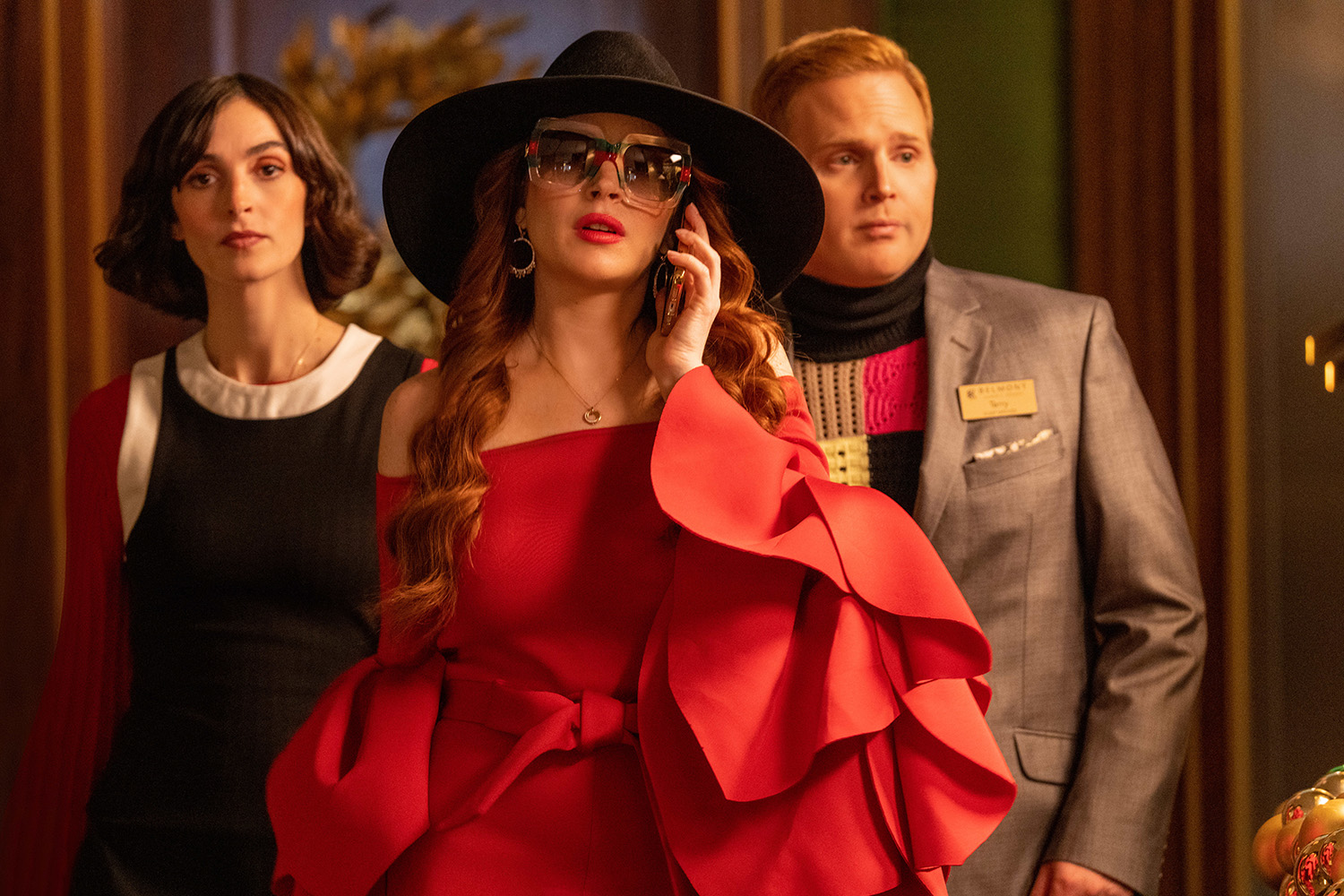 Lindsay Lohan is back: with her appearance in the X-Mas flick Falling for Christmas the icon of the 2000s makes her highly anticipated return to the screen. © Netflix

The hotel is the first place where Sierra Belmont and Jake Russell meet. Sierra's father and her fiancé also walk through the luxurious premises in the film. With its location at about 2,100 vertical feet in the Wasatch Range, Goldener Hirsch is surrounded by countless ski slopes. The many amenities for skiers, a chic rooftop spa, and fine alpine cuisine also make the four-star resort the ideal hideaway for a winter trip. 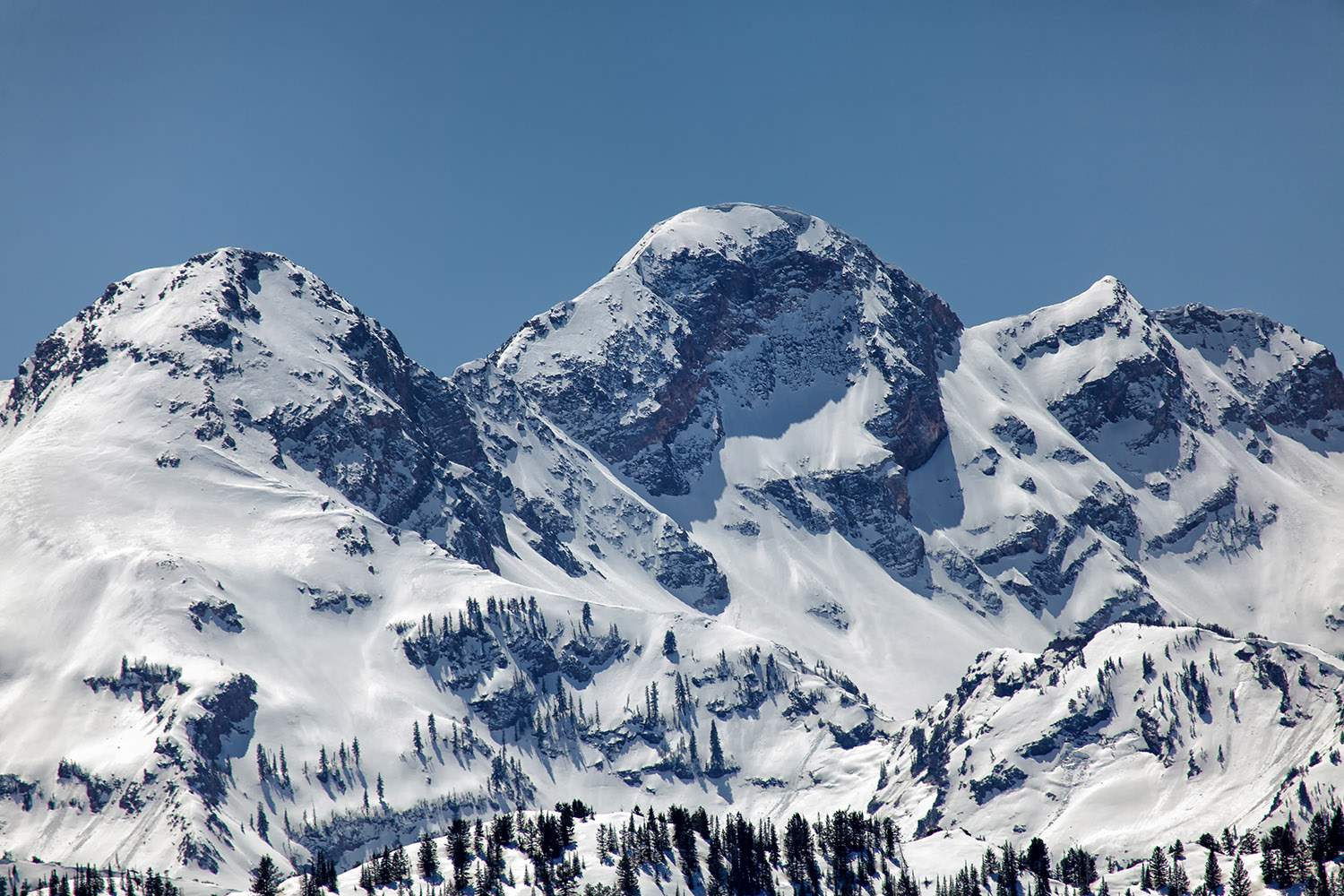 The Netflix team shot many of the outdoor scenes in Falling for Christmas in late 2021 in the deep-snow Wasatch Range in the Rocky Mountains near Salt Lake City and Park City. That's where they shot scenes such as Tad's (George Young) proposal and Jake Russell's ski scene at the beginning of the film. Those who have already seen the movie and know the area will easily recognize some of the slopes in the region.

More for movie fans: The Filming Locations for The Empress