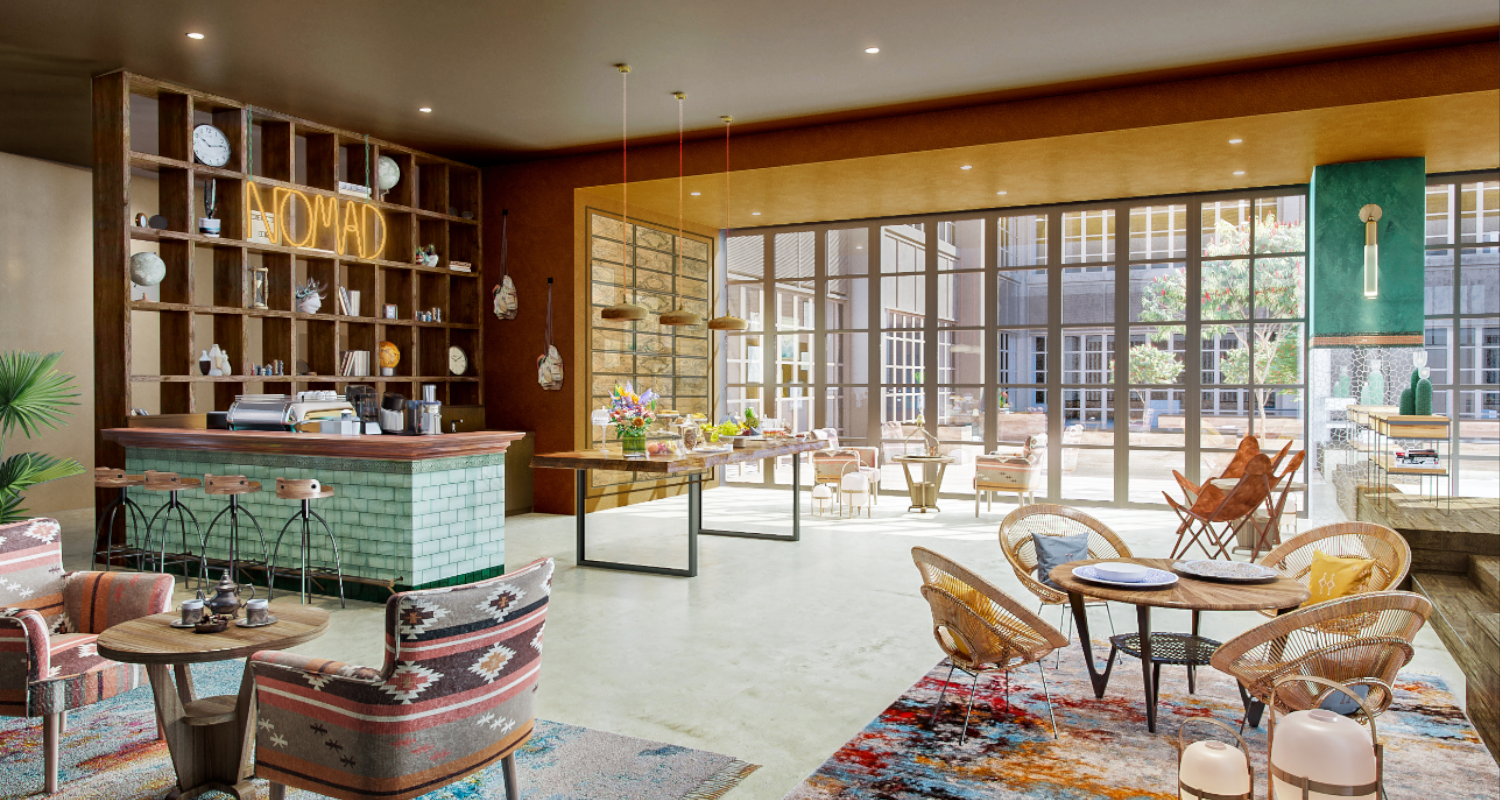 Premiere outside Europe: the 25hours Hotel Dubai celebrates its opening

On December 15, 25hours Hotel One Central will welcome guests for the first time, adding to the emirate's heritage of classic luxury.

When you think of Dubai, luxury hotels probably come to mind first. In fact, the largest city in the Arab Emirates is characterized by luxury like no other. Even the police are out and about in Lamborghinis and Ferraris. And it is here, of all places, that the 25hours Hotel One Central, the first hotel of the lifestyle brand outside Europe, is now opening. Like its European sisters, the 25hours Hotel in Dubai is aimed at travellers who do not necessarily need opulence. Instead, they value design, good food and an excellent location. 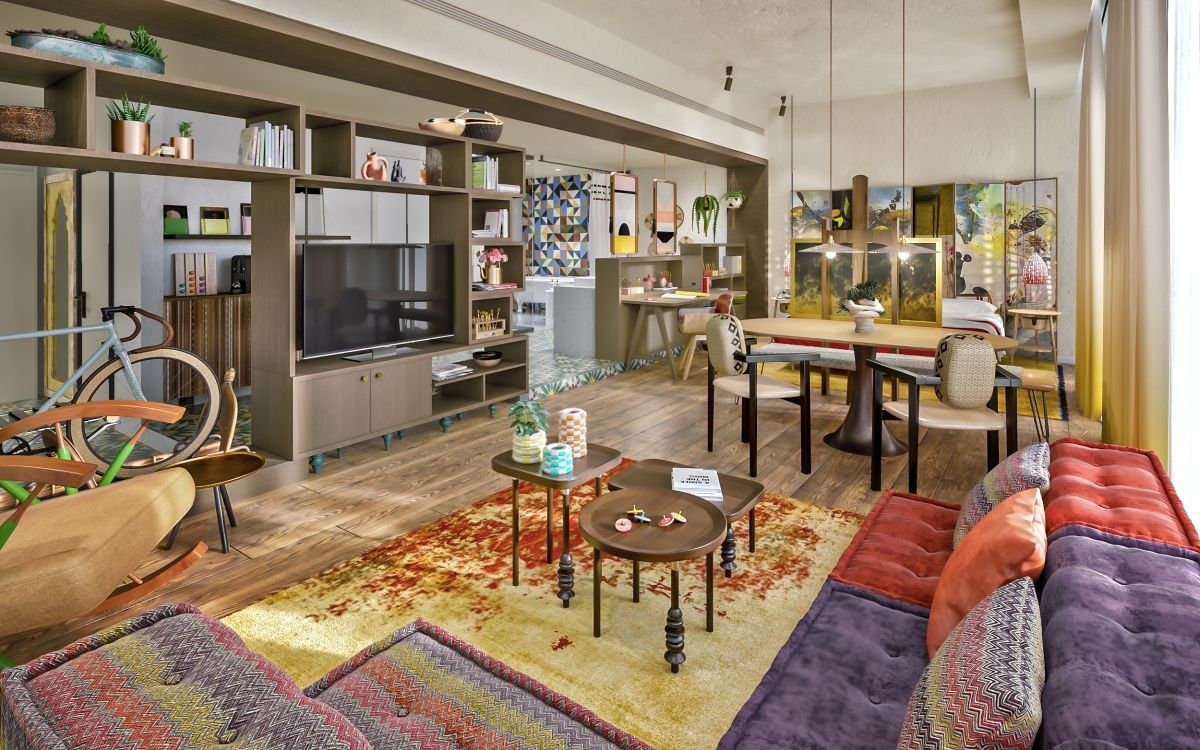 Guests at the new 25hours One Central in Dubai will have no shortage of space. © DWTC

History and stories of the region

What Dante meant to Florence and the design of the 25hours Hotel Piazza San Paolina, the Hakawati is to the new hotel in Dubai. The Arabian storyteller, traditionally travelling in the desert, served as inspiration for the 434 rooms and suites. Both in these and in the public areas, 25hours celebrates the ancient traditions of the Bedouins. A special feature is the Hakawati Suite. It entices with a double bathtub, Sheikh Size Bed (three times the size of a normal king-size bed), a dining table for 10 people, two bars, a DJ corner, dance floor, fireplace and a breathtaking view of the Museum of the Future. A little bit of luxury is allowed after all.

Guests can not only look forward to the proven 25hours Hotels Essentials. But also to some innovations. In addition to the typical Schindelhauer bicycles and e-bikes or the Stop-the-Water cosmetic products, there are numerous other highlights. For example, how about a Moonlight Cinema under the open sky or a swim in the world's first 25hours pool? This is located on the 6th floor on the roof of the building and offers wonderful views of the city skyline. The Extra Hour Spa and the first mixed outdoor sauna in the United Arab Emirates or the library with its more than 10,000 books provide relaxation. 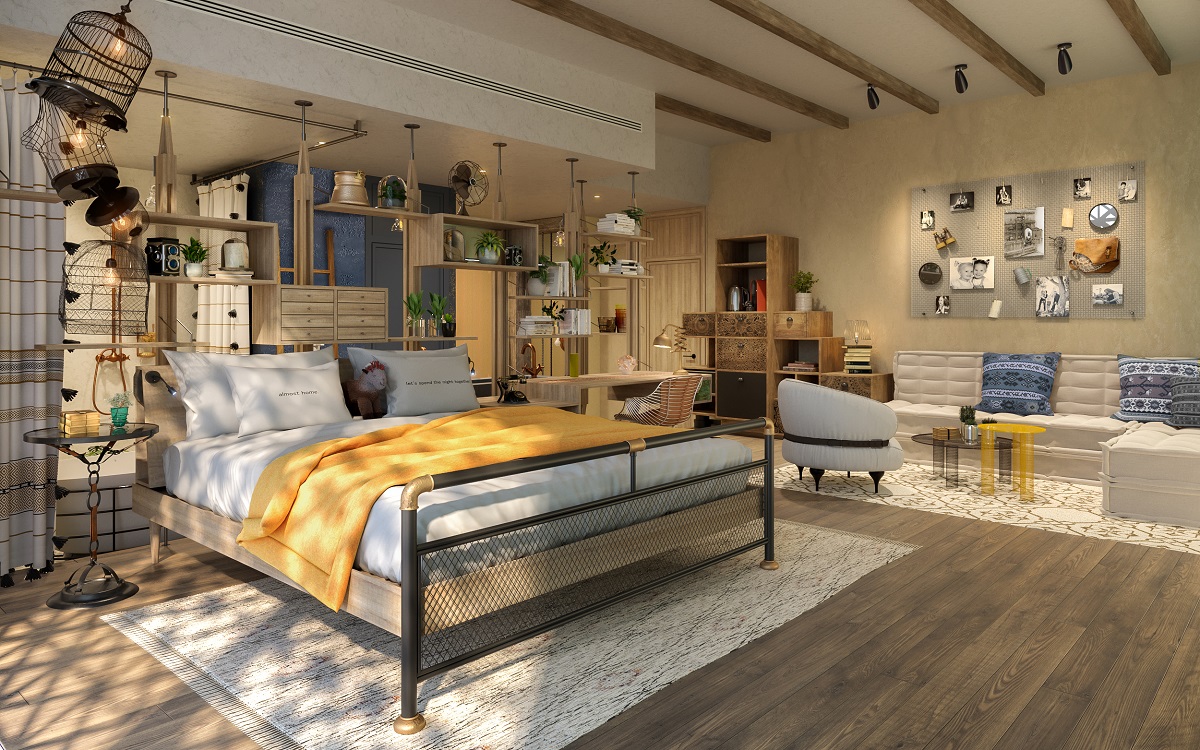 There are 434 rooms and suites for guests to choose from. They all have echoes of Dubai's history. © DWTC

Culinary and cultural sides of the city

A total of five restaurants and bars will treat guests to their masterpieces. While the main restaurant Tandoor Tina serves North Indian and British cuisine, there are wonderful drinks from the Monkey Bar at the Rooftop. The Wirtshaus ERNST is where the beer garden atmosphere comes in. It debuts with Bavarian cuisine in Dubai. Nomad Day Bar will provide the caffeine fix in collaboration with local roasters Nightjar Coffee. 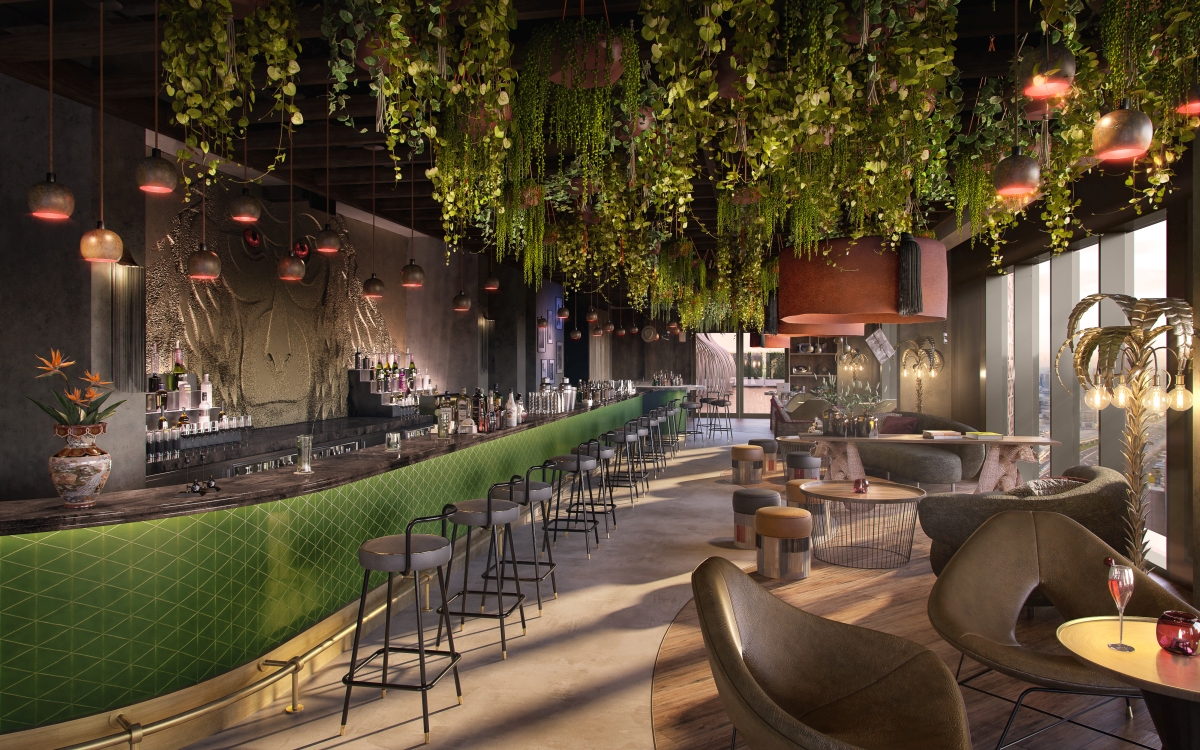 Five restaurants and bars, such as the Monkey Bar on the 6th floor, treat you to their creations. © DWTC

Located next to the Dubai World Trade Centre, 25hours Hotel One Central is the ideal base for travellers looking to explore the city. Views of the Emirates Towers and the Museum of the Future are just as enticing as the proximity to Downtown Dubai. The Burj Khalifa and Dubai Mall are just three metro stops away. The airport and EXPO 2020, which runs until 31 March 2022, can be reached without changing trains.