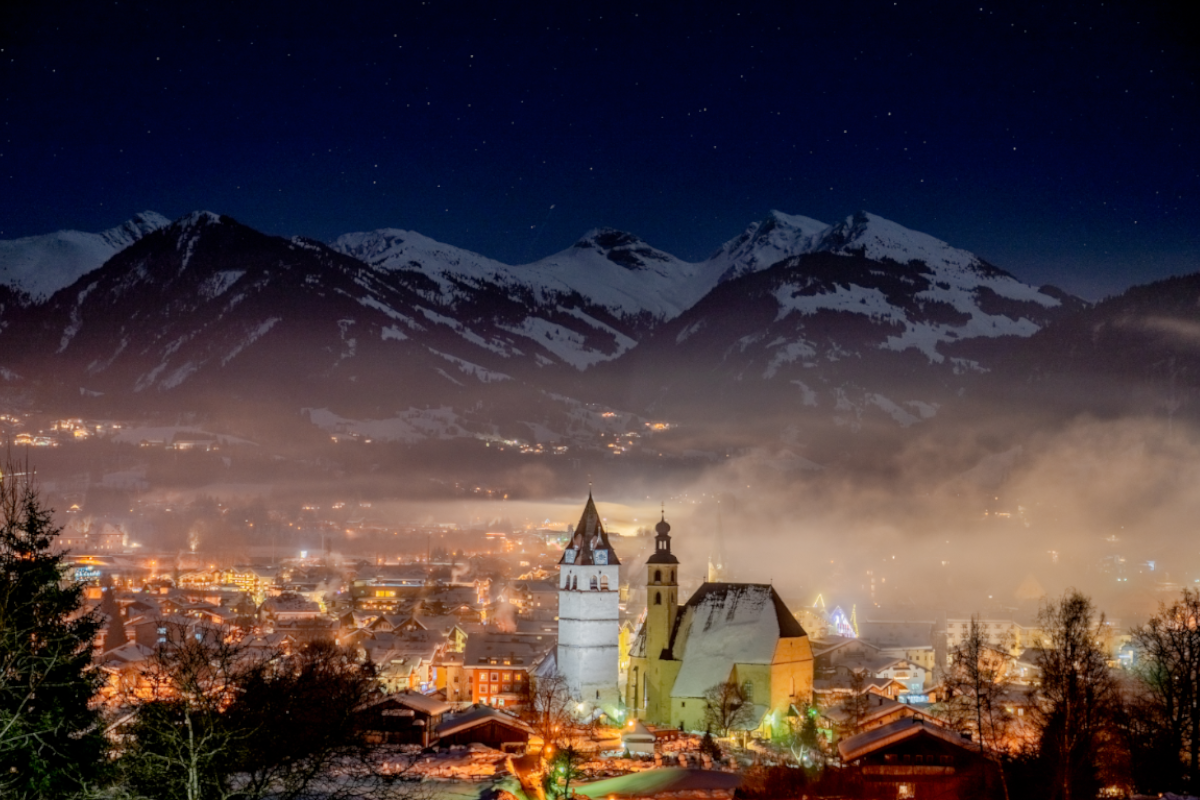 Hahnenkamm Race 2022: The guide to the race weekend in Kitzbühel

When the Hahnenkamm Race 2022 takes place from January 21 to 23, Kitzbühel will once again be transformed into the place to be for top athletes, sports fans and jetsetters. What's different this year; plus: the best addresses for living, shopping & dining.

Anxiety, hope, jubilation: hardly any other skiing event is accompanied by as many emotions as the traditional Hahnenkamm race in Kitzbühel. Ski races have been held here since 1931. Since 1967, the race has been part of the Alpine Ski World Cup. Athletes compete in three disciplines: Downhill on the legendary Streif, Super-G on the Streif and Slalom on the Ganslernhang. The traditional date is in the month of January, one week after the race in Wengen. This means that the 2022 Hahnenkamm race will take place on the weekend of January 21-23. This is how the spectacle runs this year. 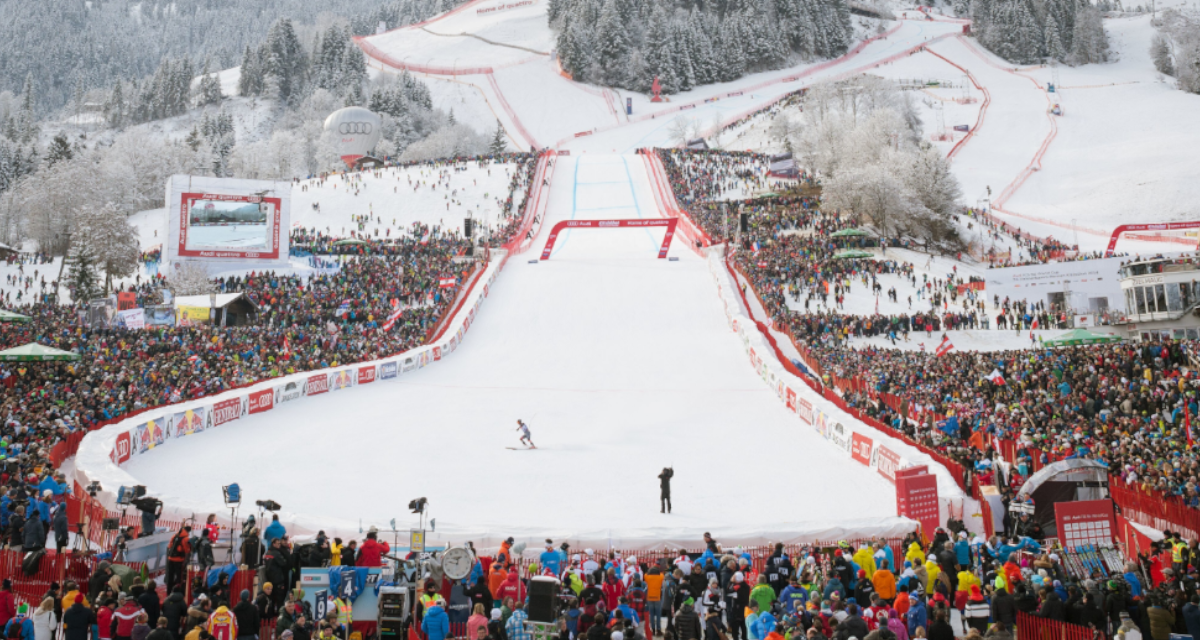 Pictures like these will probably not be seen again so soon. © Tirol Tourist Board/Black Jens

After last year's corona, viewing was only possible via TV, visitors are once again allowed at the 82nd edition. The spectacle will therefore take place, albeit in a much slimmed-down form. Instead of 50,000 fans as in pre-Corona times, this time only 1,000 spectators per day will cheer on the heroes of the traditional Tyrolean race.

The ticket allotment goes largely to sponsors, officials and invited regulars. Tickets for the training on Wednesday and Thursday are available at the ticket store. All tickets are for grandstand seating only, 2G+ rule and FFP2 mask requirement apply. All tickets are personalized and non-transferable. Another change is implemented this year. Instead of the Super-G, there will be two downhills on the Streif on the program. Austrians Matthias Mayer and Vincent Kriechmayr are considered favorites. 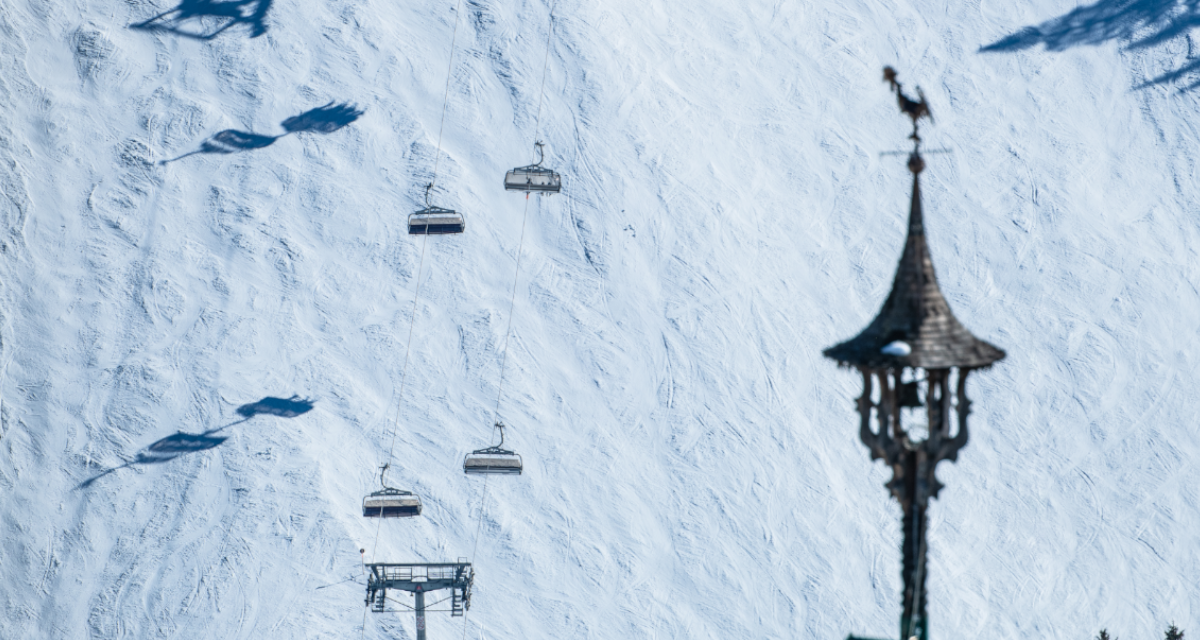 Jubilation light at the Hahnenkamm Race 2022

Boisterous partying was as much a part of the Hahnenkamm race as snow is to skiing. However, because the omicron variant still has a firm grip on the world, neither après ski nor après Hahnenkamm race parties will take place. In response to a video in which guests could be seen partying boisterously, the measures for the race weekend are being tightened in the Gamsstadt.

The "Stanglwirt"is hard to beat in terms of hospitality and relaxation. George Harrison, Anna Netrebko, Smudo, Marko Arnautovic, Til Schweiger, Florian David Fitz and Gwyneth Paltrow have all been there to enjoy five-star wellness with authentic Tyrolean hospitality, to exercise and to celebrate. No wonder, because the special building philosophy and the visionary ideas of Balthasar Hauser have made the "Stanglwirt" what it is today: an organic farm with a luxury hotel.

Extraordinary architecture and plenty of relaxation await in the hotel legend. © Stanglwirt

From the "Hotel Imperial Courtyard" it is a five-minute walk to the old town and only a few steps to the world-famous "Streif" ski run. One can virtually go from the room directly to the slopes, the Hahnenkamm gondola is about a ski length away. The 73 rooms and suites are excellently equipped, comfortably furnished and, thanks to the personal service, become the vacation retreat that one desires. The panoramic indoor pool, the wellness area and the revitalized Grander water - a Tyrolean secret for reliable vitality - also contribute to this. 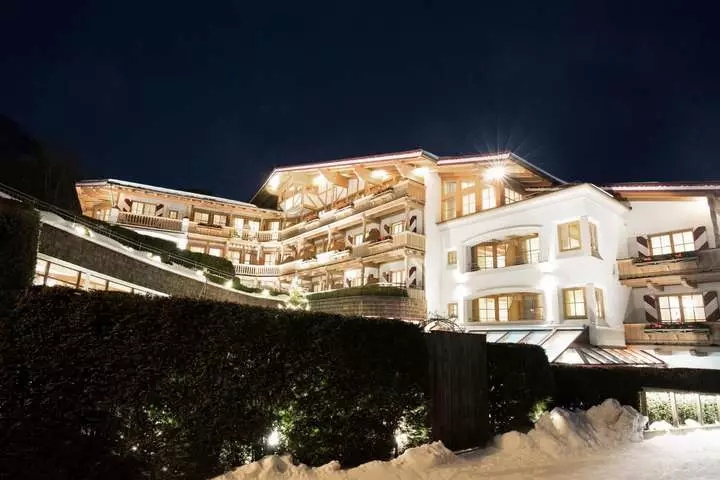 Only a few steps separate the guests from the Streif. © Hotel Kaiserhof

After the most extensive renovation in the history of the "Weissen Rössl" in 2017, the five-star hotel in the city center managed to be included in "The Leading Hotels of the World", the most elite hotel collection in the world. Rightly so. Fans of excellent Japanese cuisine are in the right place at the "Zuma" restaurant. Those seeking relaxation can put their feet up in the spacious wellness area. In addition to an indoor pool, saunas, steam baths, a scented grotto and a laconium provide pure well-being. 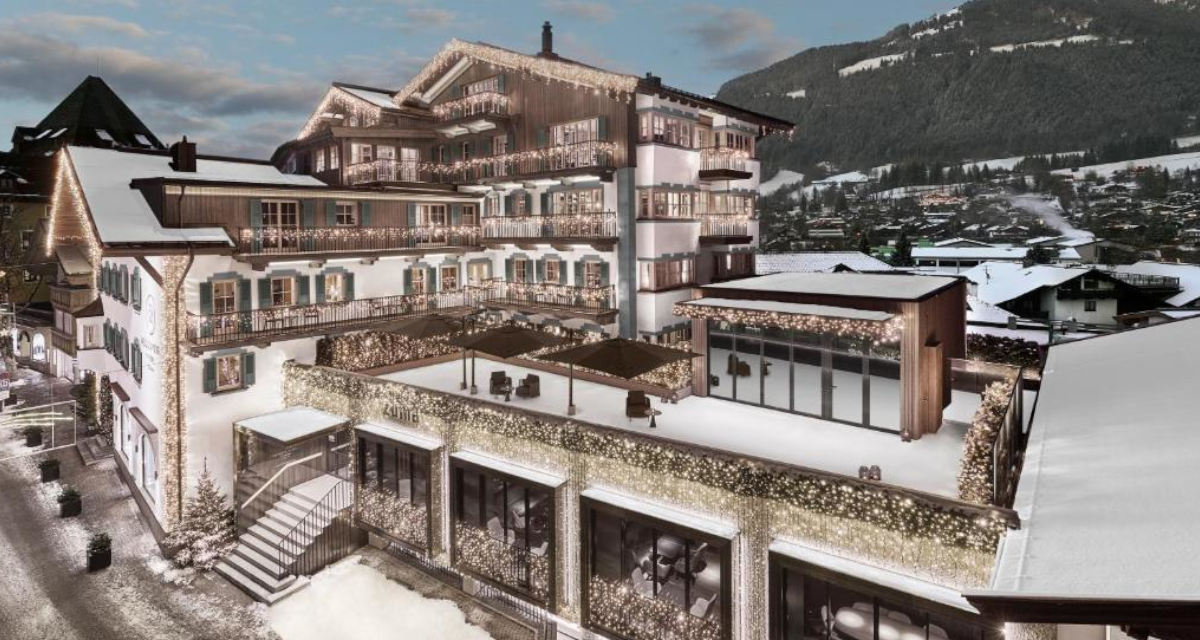 The Weisse Rössl attracts with a lot of luxury. © LHW

The four-star superior hotel "Kitzhof" is located next to the city park and only a five-minute walk from the picturesque center of Kitzbühel. From the Kitz Lounge and from many of the innovatively designed rooms, you have a dreamlike view over the towers of the city all the way up to the Kitzbüheler Horn or even the Hahnenkamm. After the slope action, it's time to unwind in the exclusive 700-square-meter spa area with pool, sanarium, pine sauna and brine steam bath. 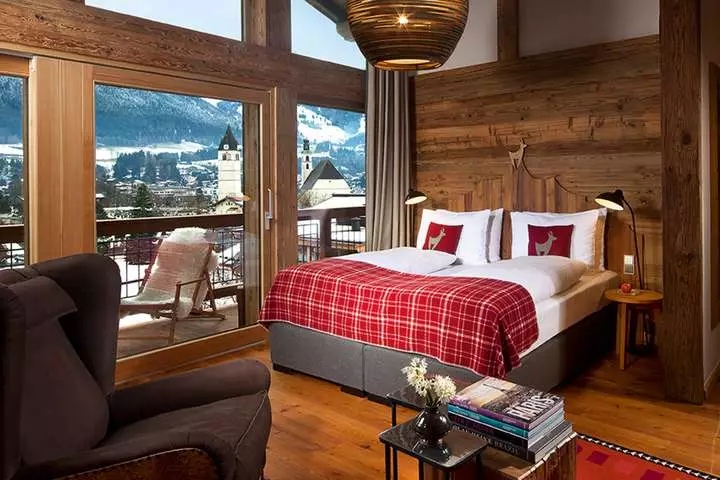 Fine thread: fashion that underlines the personality of its customers. That's a perfect fit. And carefully crafted. Franz Prader, the tailor, has been guaranteeing this for over 50 years. praderfashion.at 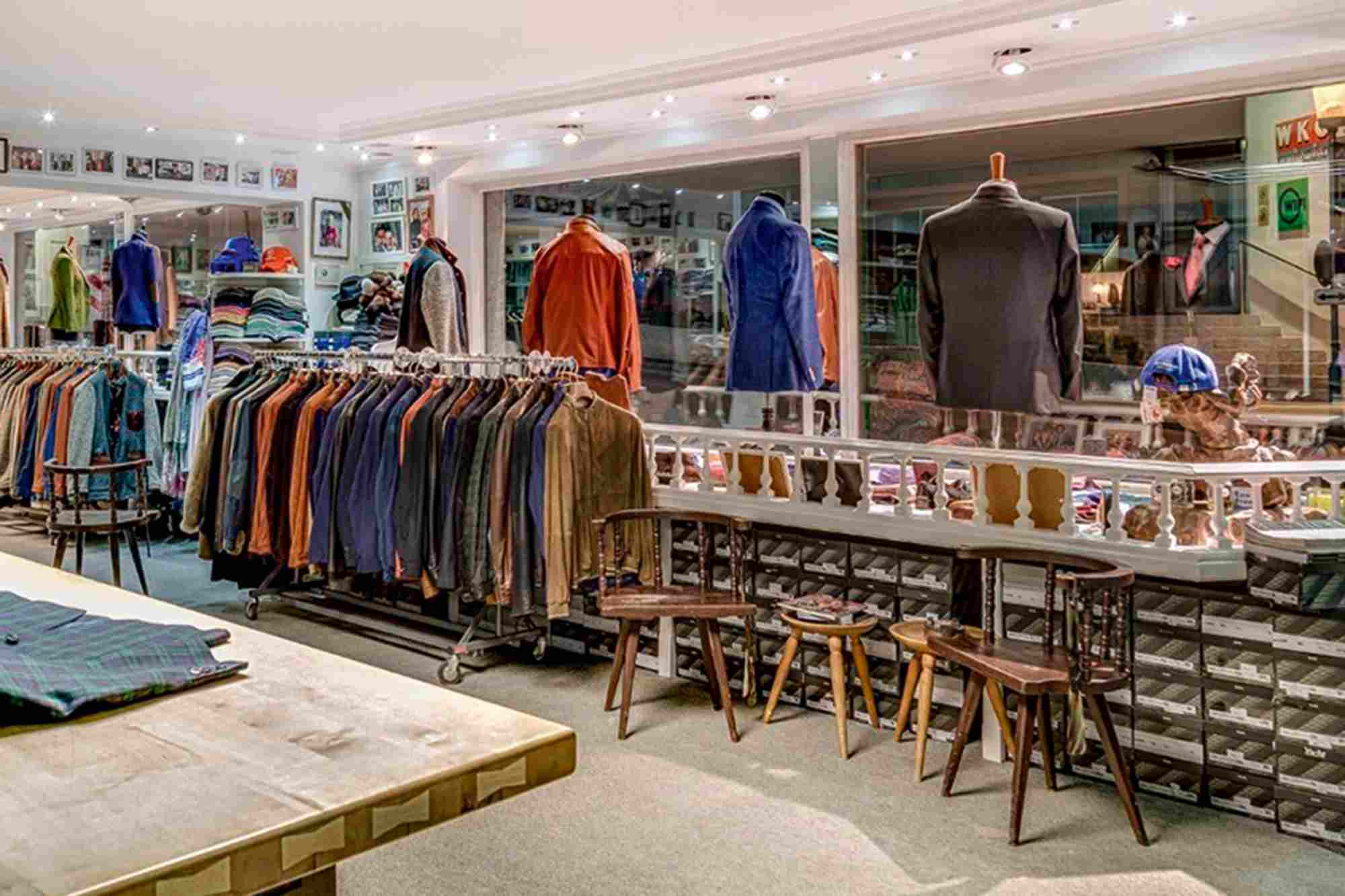 Highest quality, nothing else is out of the question for tailor Prader. © Prader Fashion

Golden meticulousness: As the youngest goldsmith master in Tyrol, Margarete Klingler founded a goldsmith's shop in her birthplace in 1993. Her signature piece is the precious gold fawn. gold-tickle.com

Stylish design: Sabine Sommeregger's designs are available in her studio in Kitzbühel and in selected stores. The collection is dominated by pure new wool Walk, which is sustainably produced in North and South Tyrol. sabine-sommeregger.at 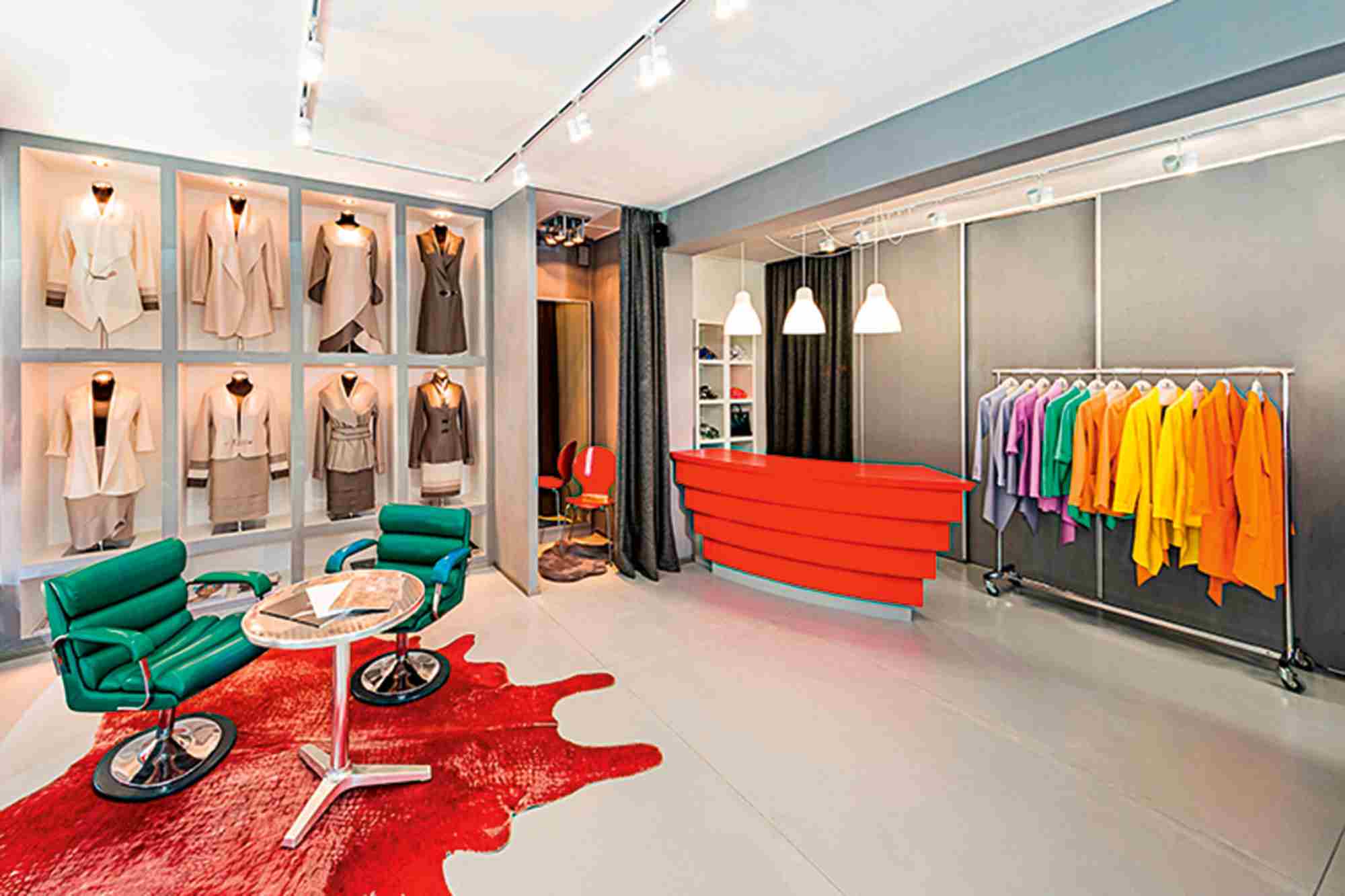 Food & Drink in the Gamsstadt

Eckart Witzigmann is not a celebrated celebrity chef by chance; his cuisine is among the most exclusive at 1,000 meters above sea level. The "Sonnbühel" is located near the Hahnenbakamm cable car mountain station.
sonnbuehel.at

"Zuma" in the traditional hotel "Weißes Rössl" offers the best Japanese cuisine. Signature dishes include black cod marinated in miso in a hoba leaf or spicy fillet of beef with sesame seeds.
zumarestaurant.com 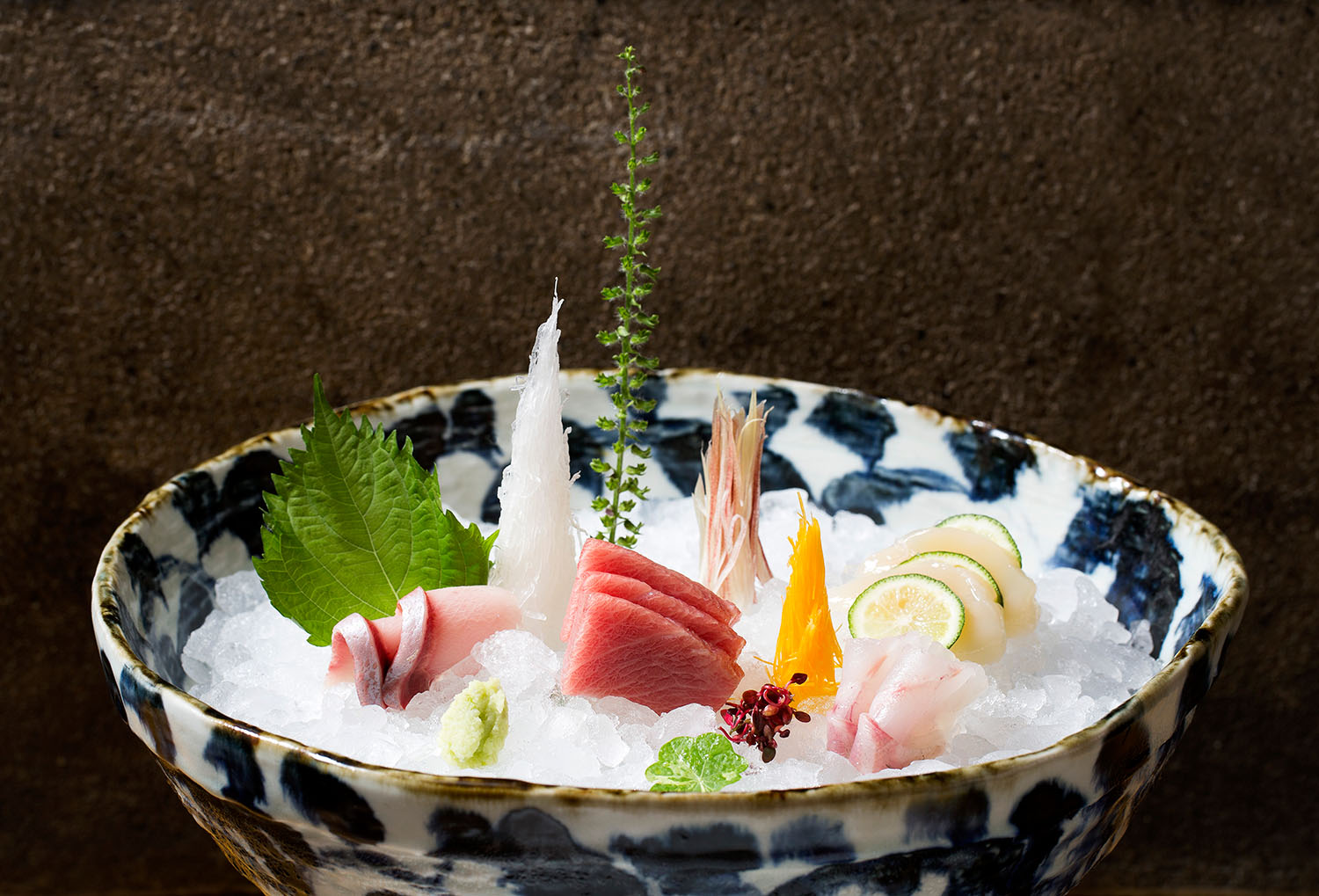 The finest sashimi from Zuma. © Zuma

In the star kitchen of the "Berggericht" you create dishes with history. Heinz Hanner serves a combination of classic French haute cuisine and a modern kitchen style. The result is, for example, marinated duck liver. mountain-court.at