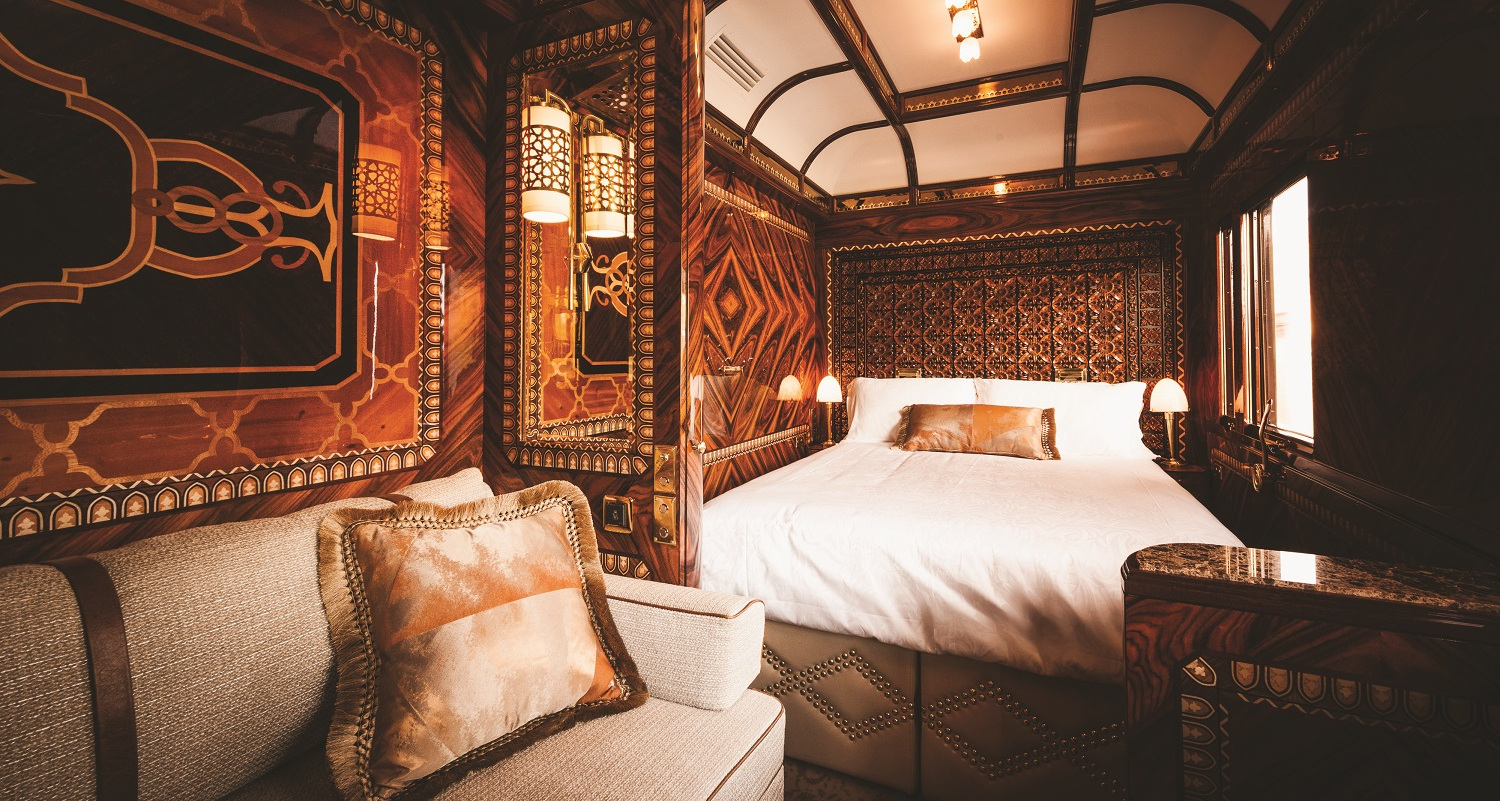 Dashing Through the Snow on the Orient-Express: Belmond Presents New Winter Itineraries

The luxurious Venice Simplon-Orient-Express, a Belmond Train, will whisk guests to Florence, Paris, Venice, Verona and Vienna this December.

Outside the windows, the world is passing by, gently rocking you in your seat as the soft rattling sound sets the tone. When you travel by train, you learn that the journey really is the destination. Ever since George Pullman sent the first sleeping and dining cars down the rails in 1867, slow traveling enthusiasts have been fascinated by trains. And they soon began to compete in terms of amenities and comfort. The most iconic and legendary of them all: Belmond's Venice Simplon-Orient-Express. Starting in December, it will set off for winter journeys for the very first time. 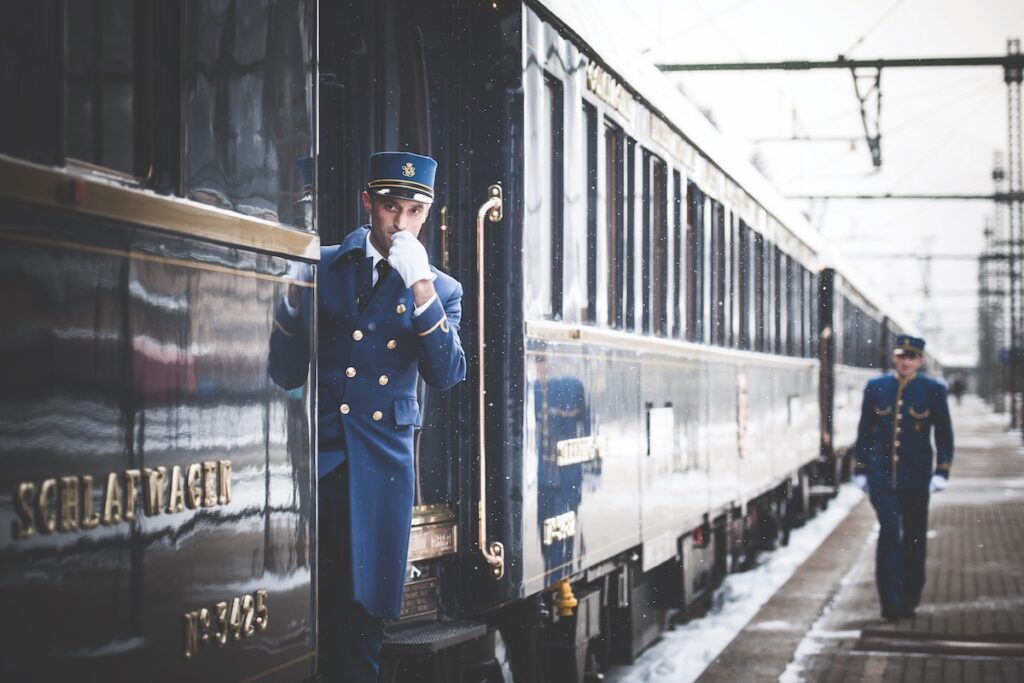 Next stop: winter wonderland. The Orient-Express winter routes will whisk you away to magical destinations. © Belmond

The "king of trains and train of kings," the Orient-Express, first began its journey in 1883. At the time, it operated on the route from Paris to Constantinople (today's Istanbul). Not infrequently with actual royalty on board. Its successor, the Simplon-Orient-Express, took over in 1920 and ran daily on the Paris-Venice-Istanbul route until 1962. Agatha Christie immortalized it in 1934 with her novel Murder on the Orient Express. The James Bond novel From Russia with Love is also partly set on the luxury train. 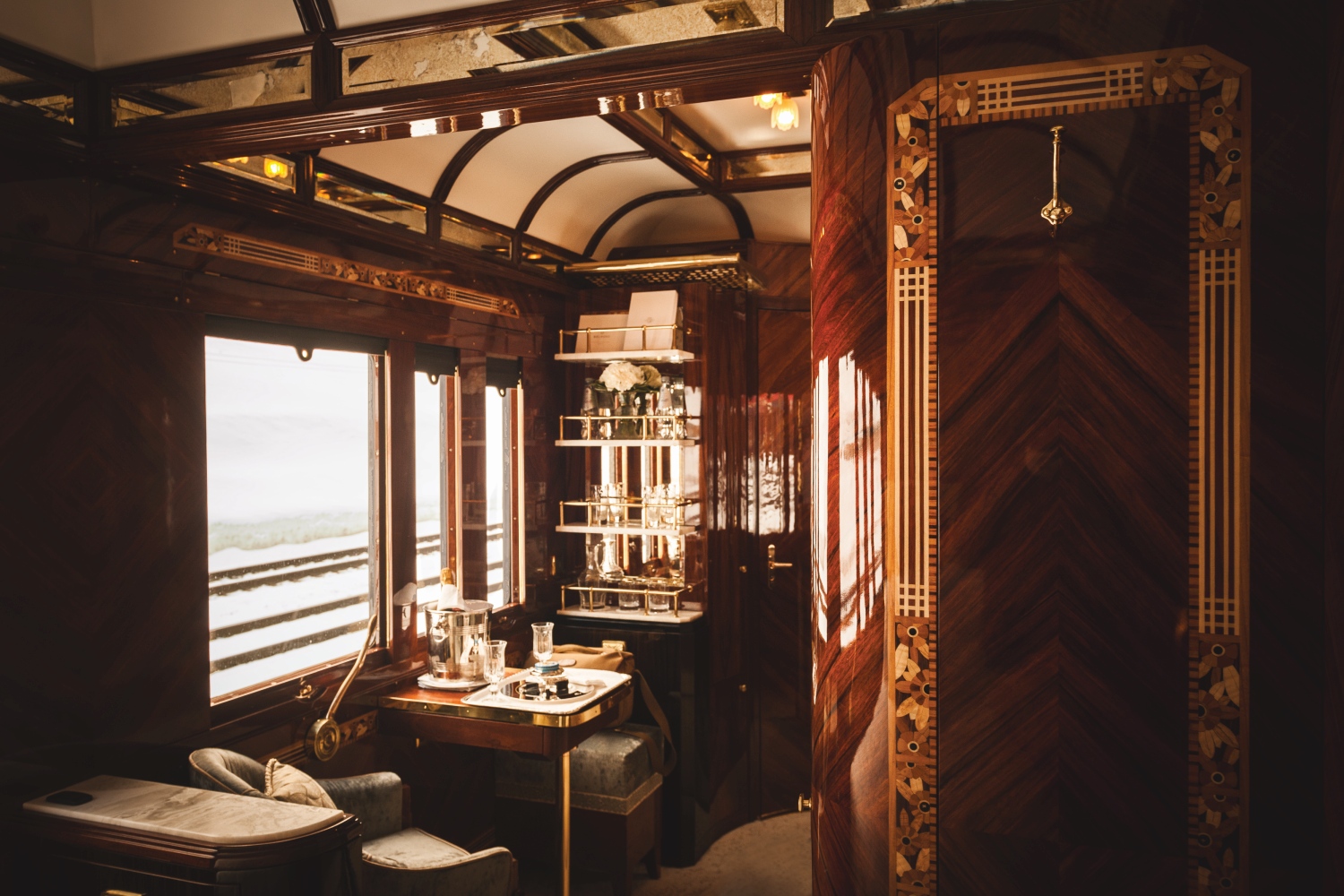 Lots of wood, inlays and fine fabrics: the 1920s are alive. In June 2023, a new cabin category in Art Deco style will be added. © Belmond

In 1982, James B. Sherwood acquired the old carriages and had them extensively renovated. Belmond Ltd. became the operator of the train, which runs once a year on the historic route from Paris to Istanbul. Several times a week, it travels through Europe – and through time – on different routes. The luxurious decor exudes the flair of the Roaring 20s. Seventeen original cars from the 1920s and 1930s, each with their own character, make up the ensemble.

In addition to the historic cabins, there are six Grand Suites. They are hard to beat for elegance. With Paris and Venice, it remains true to its classic destinations. New additions, however, are Florence and Vienna. Passengers can visit atmospheric Christmas markets in the cities during their winter voyages. And then return to their warm cabins for a glass of champagne. 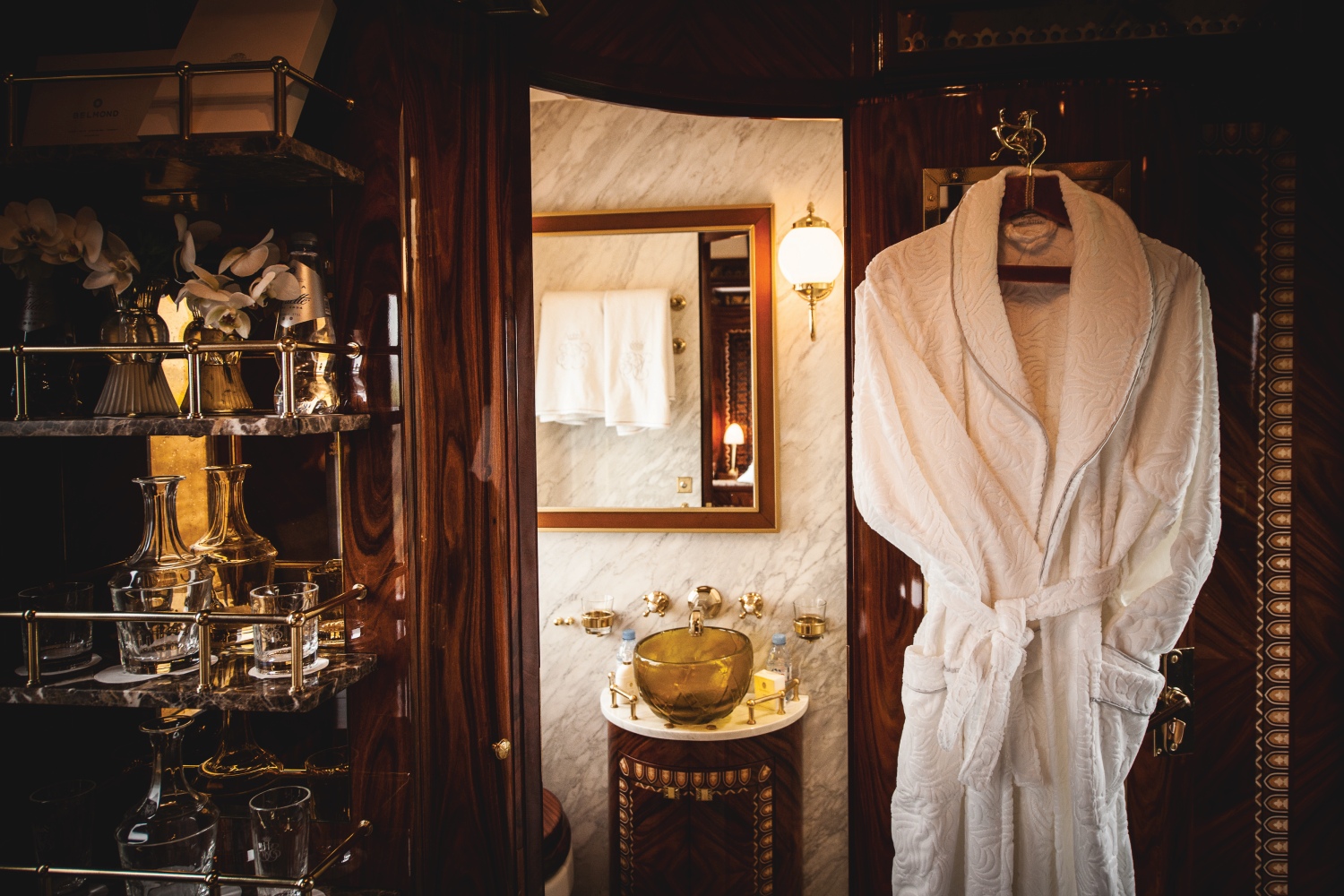 Gold-colored faucets, a shower, and just a small step to the bar: that's luxury on a train. © Belmond

In the evening, it's time to head to the Art Deco dining car, where chef Jean Imbert serves select delicacies. Imbert is no stranger to the restaurant. The Alain Ducasse successor at the Hôtel Plaza Athénée in Paris is, in fact, head of the Restaurant Monsieur Dior and chef de cuisine at La Case (at Cheval Blanc St-Barth). For Belmond, the 40-year old chef has created a tribute to the golden era of the train. After enjoying the delicious winter menu, head to the bar car 3674 for a drink and listen to the live pianist. 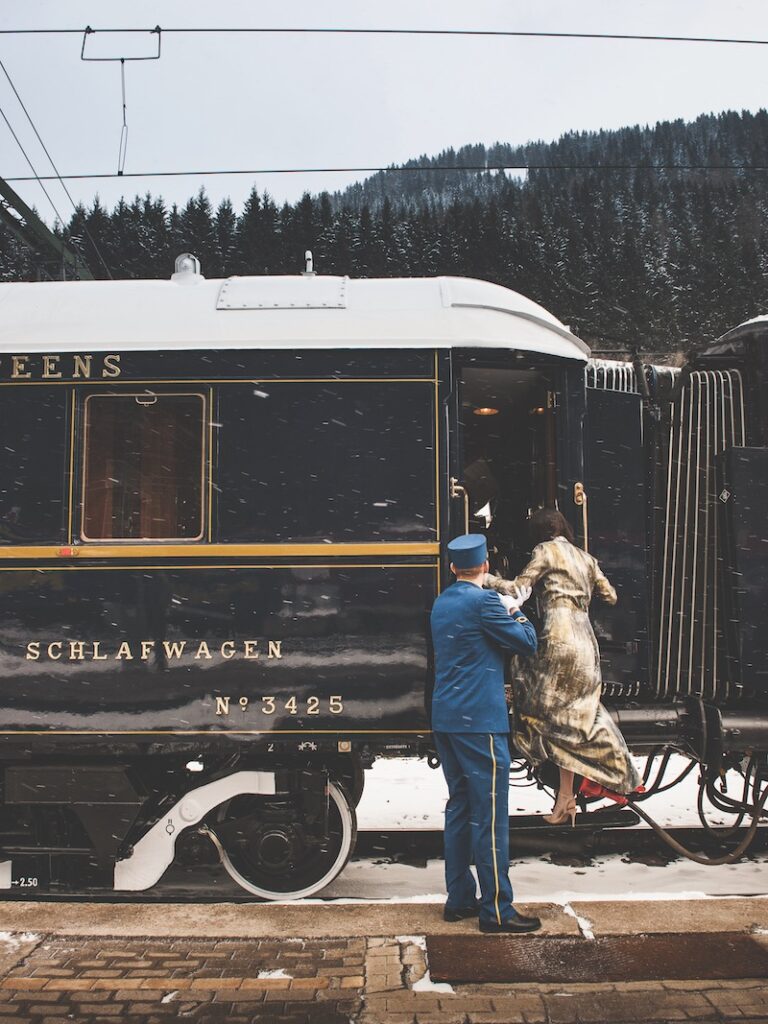 Time to bring out the festive garb – you're never overdressed on the Orient-Express. © Belmond

The trips are available from about €3,100 per person. The price includes an overnight stay, a 4-course dinner menu, breakfast, lunch and personal steward service. Beware to bring your Sunday best: "You can never be overdressed on board of the Orient-Express," as the website states.