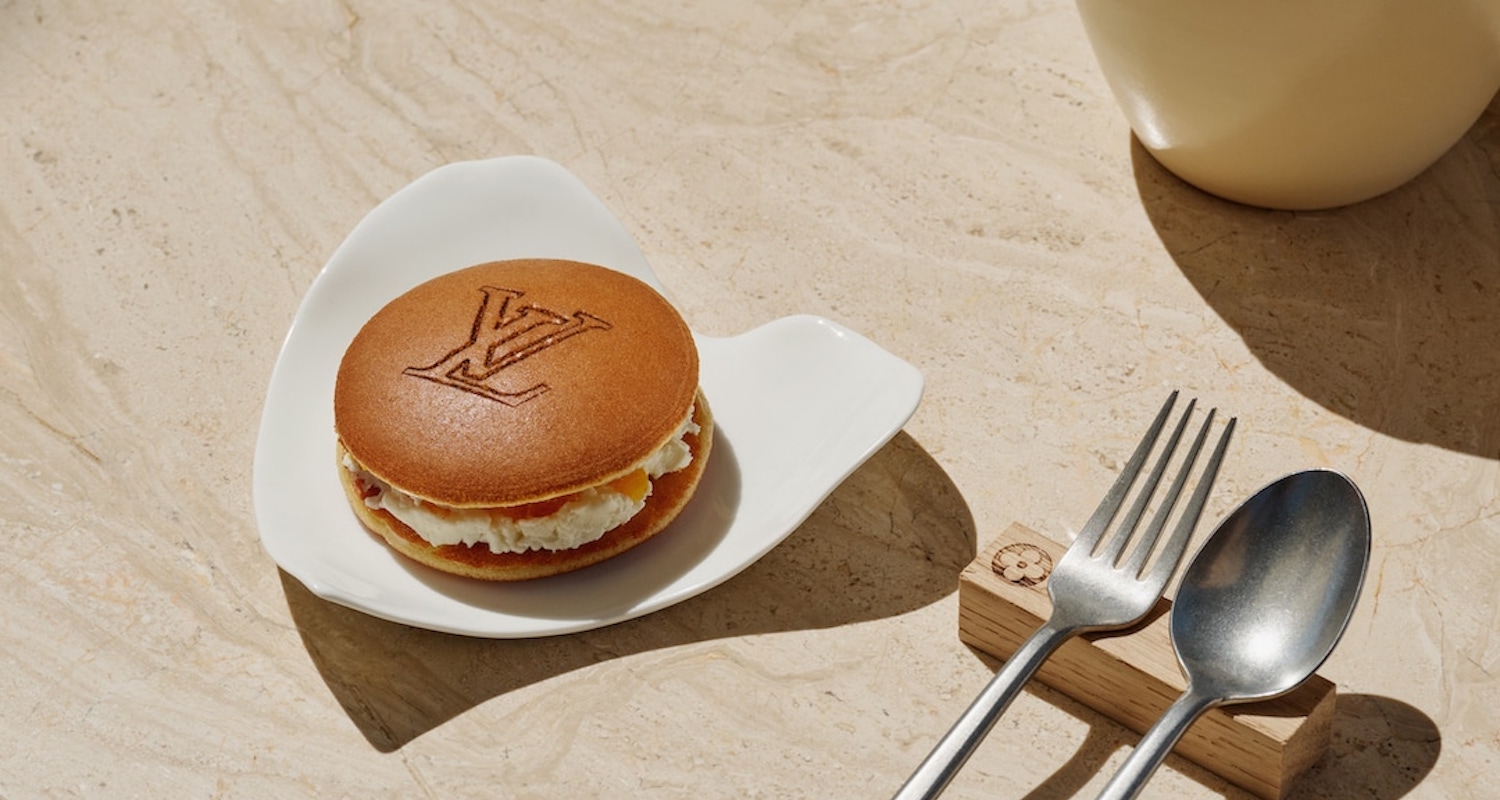 Haute couture meets haute cuisine: Louis Vuitton is teaming up with Michelin-starred chef Mory Sacko and has been inviting guests to the White 1921 Hotel since June 17. The newly opened restaurant promises to become the city's new culinary hotspot.

He is one of the youngest star chefs in French cuisine to boast a Michelin star: The head of MoSuke in Paris has managed to attract the attention of foodies - and fashionistas. Among other things, the up-and-coming culinary talent has also caught the eye of fashion giant Louis Vuitton: Mory Sacko and the luxury label opened a seasonal restaurant a few days ago. Mory Sacko at Louis Vuitton is located in the White 1921 Hotel in glamorous Saint-Tropez. The unique gastronomy concept for gourmands and design lovers already promises to become the city's new jet-set hotspot.
Mory Sacko at Louis Vuitton
White 1921 Hotel Saint Tropez, Place des Lices, 83990 Saint-Tropez, France
Web: restaurantsainttropez.louisvuitton.com
Make a reservation 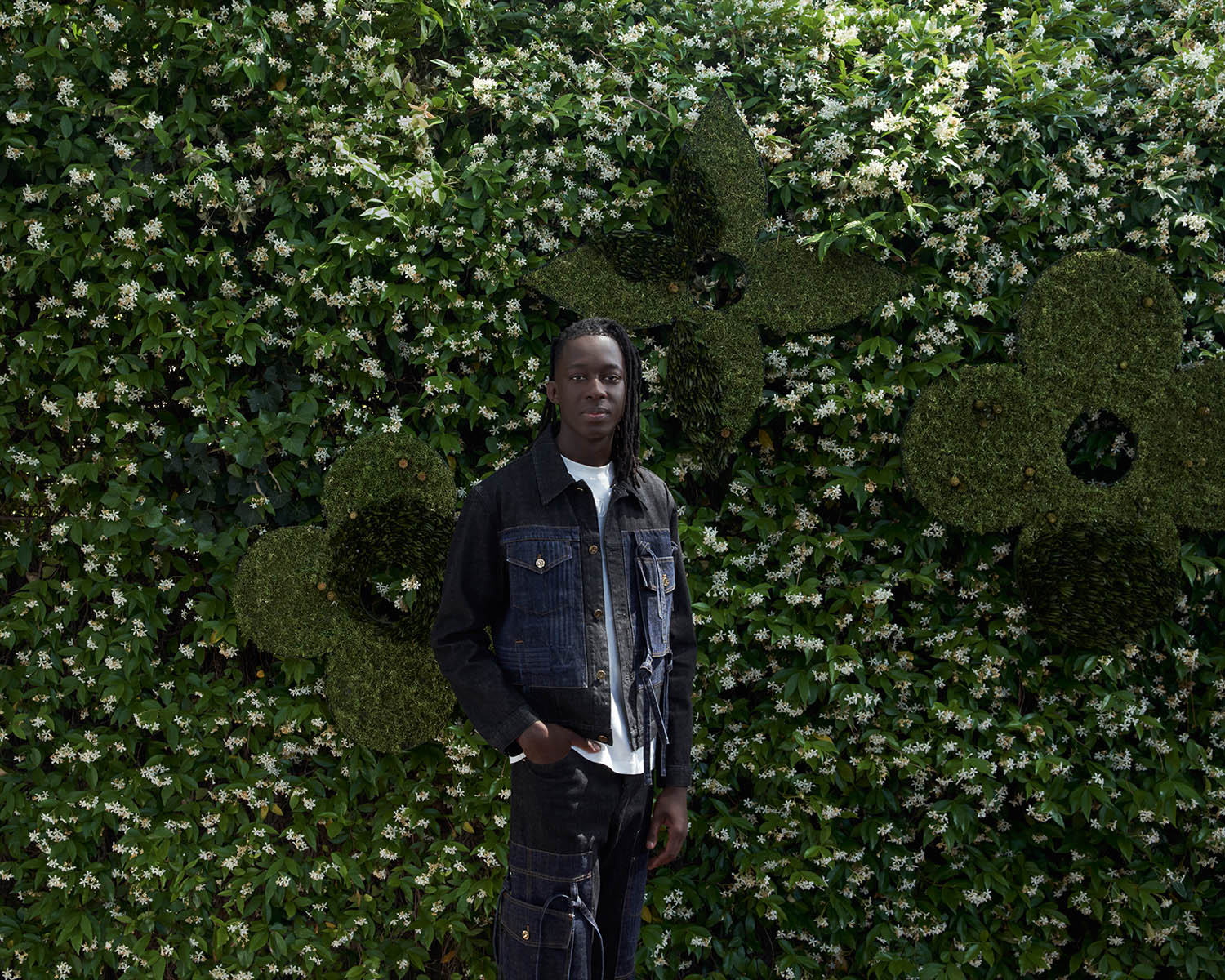 Mory Sacko is one of the youngest Michelin-awarded star chefs of French cuisine. Behind him: the hedge with the luxury brand's iconic fleur de lis. © Louis Vuitton

The Mory Sacko at Louis Vuitton is located in the exclusive White 1921 Hotel, a former mansion on Place des Lices, in the heart of Varois - where fine bistros, boutiques, and weekly markets invite guests to linger - and right by the sea. Guests sleep in seven elegant rooms and suites with a modern design. From June 2022, guests will also dine in the new trendy restaurant - top! 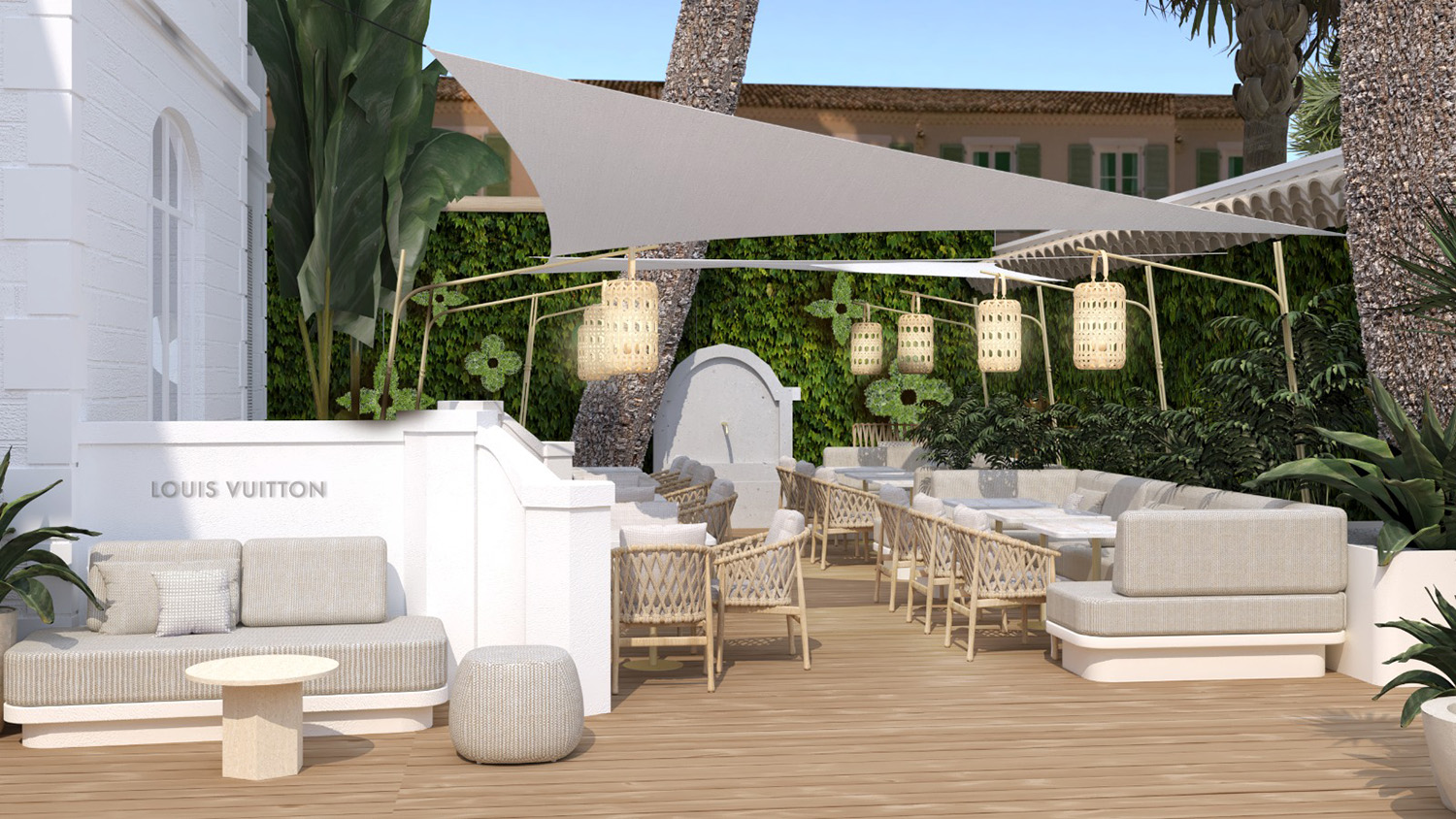 As with Louis Vuitton, travel plays a major role for Mory Sacko - the star chef was clearly inspired by his love of the diversity of the world. He combines French dishes with Far Eastern and African flavors, sending his guests on a culinary journey around the world. Seating is limited: Only around forty guests can dine at Mory Sacko at lunchtime and in the evening, so reservations are recommended.
Not only the culinary concept, but also the design was created together with Sacko. Travertine, wood, rope and rattan herald the summer season; design buffs will notice the numerous pieces in the Objets Nomades collection, for which the label drew inspiration from travel. The brand's iconic fleur de lis is also hiding everywhere - in the decorative hedges, for example. 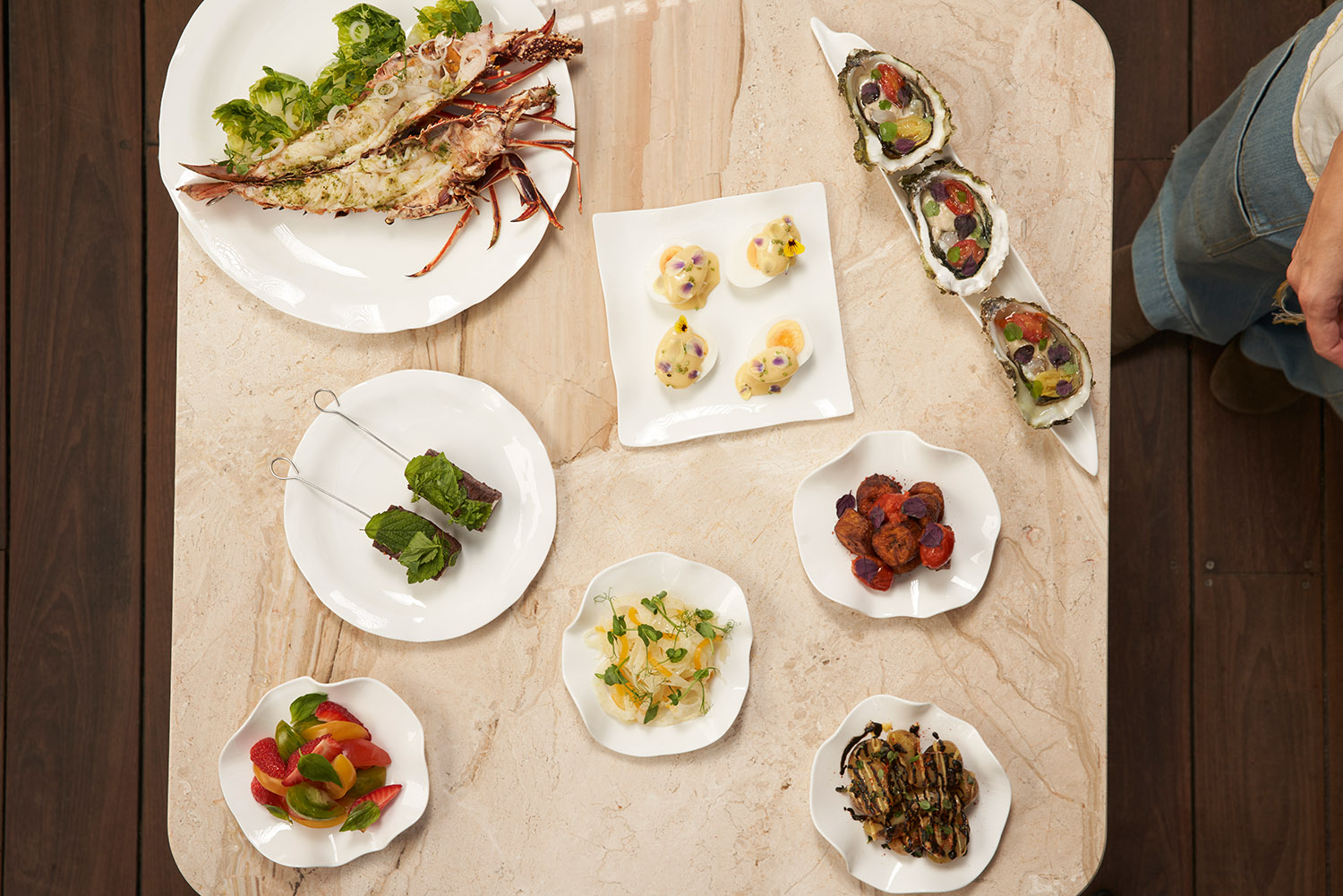 The kitchen at Mory Sacko at LOUIS VUITTON

The new restaurant at the White 1921 Hotel offers lunch and dinner cuisine, cooked mostly plant-based and with local ingredients. For lunch, Chef Sacko serves a gourmet version of Ekiben, a famous bento served on Japanese trains. If you head to Place des Lices in the evening, you can expect excellent tapas cuisine: egg "misonnaise," vegetarian eggplant tacos, grilled amberjack, crayfish, ribs, rich tagines in ceramic bowls, plus raw fennel-mango salad and plantains seasoned with smoked paprika - the culinary journey at Mory Sacko at Louis Vuitton is a delight for the palate. 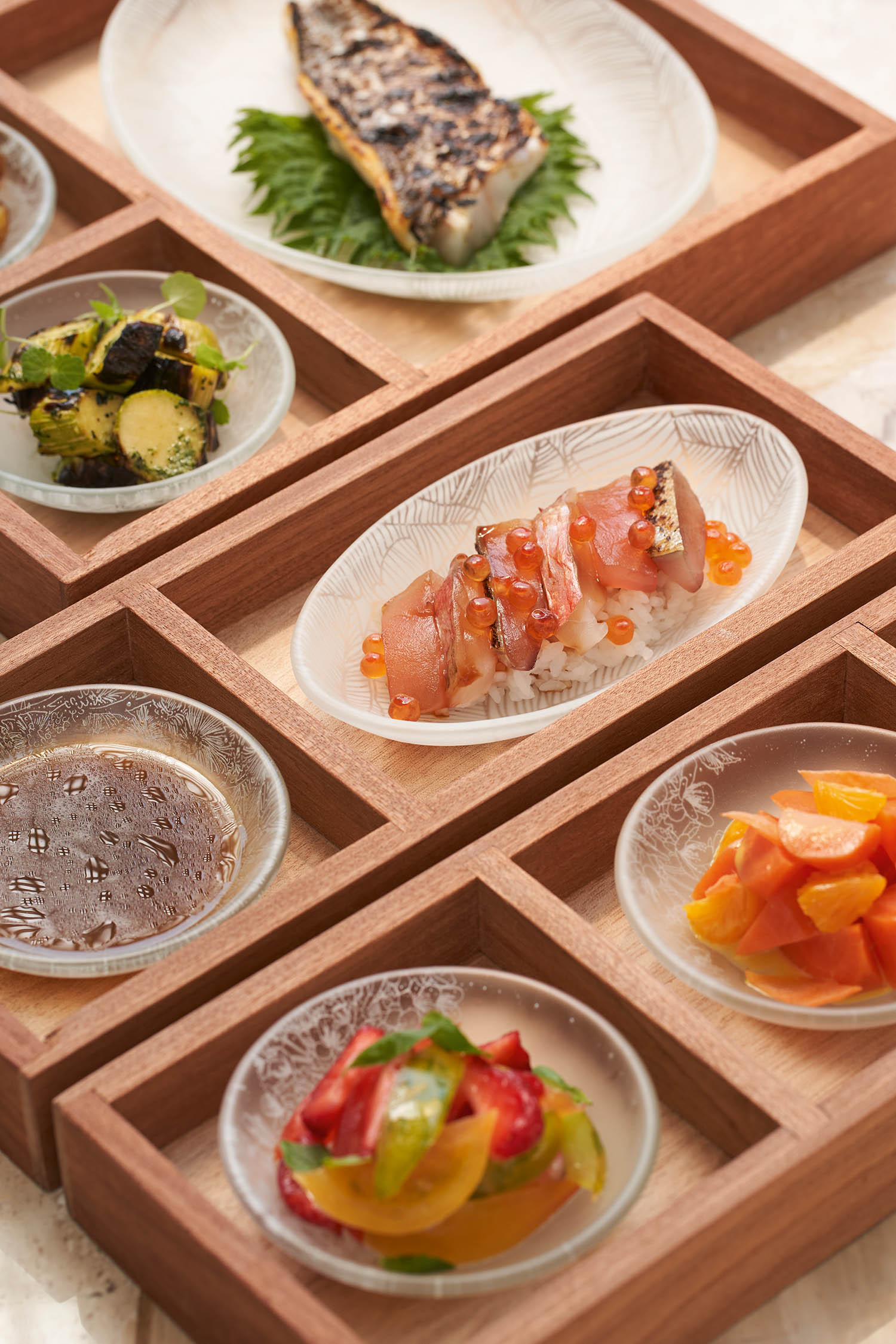 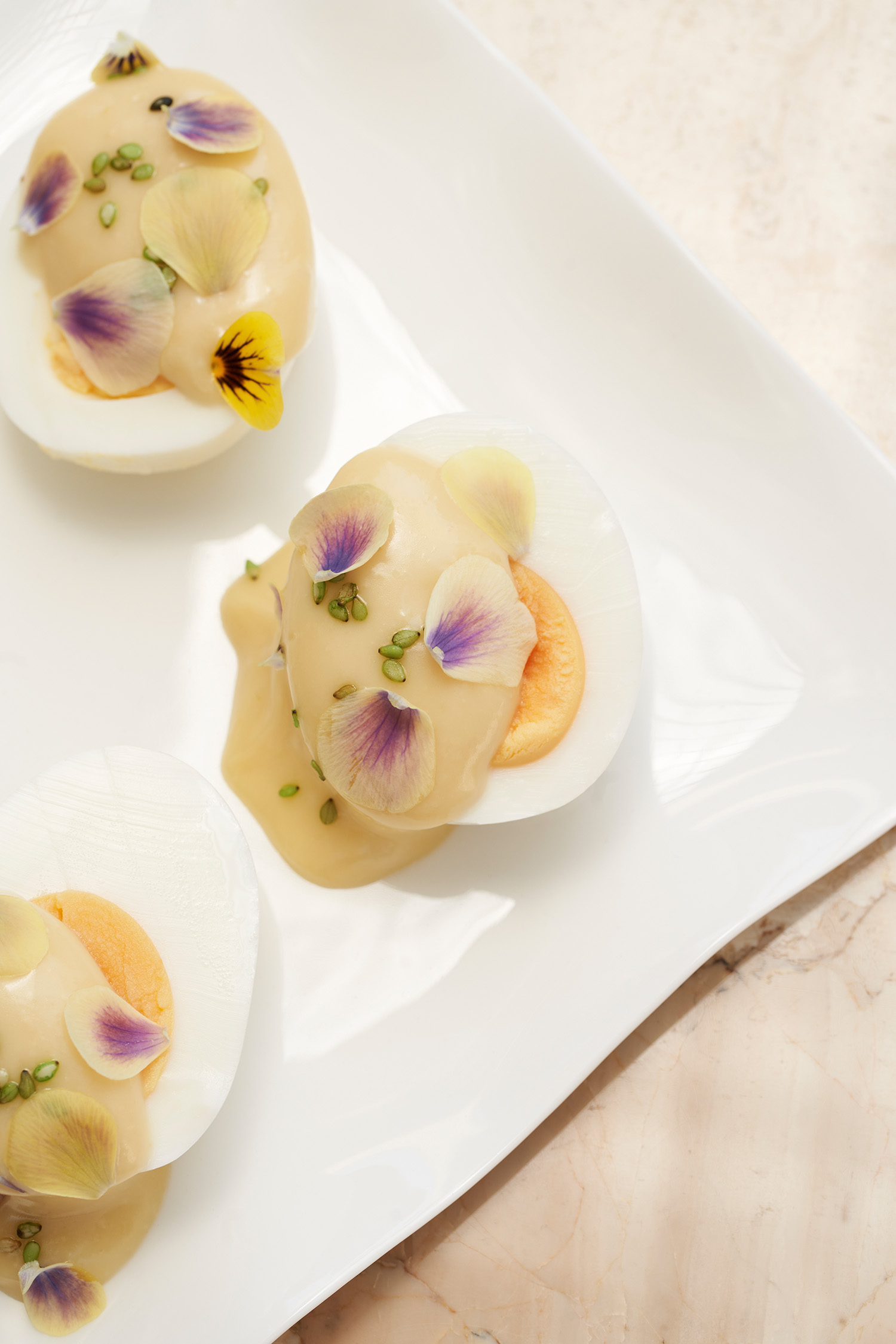