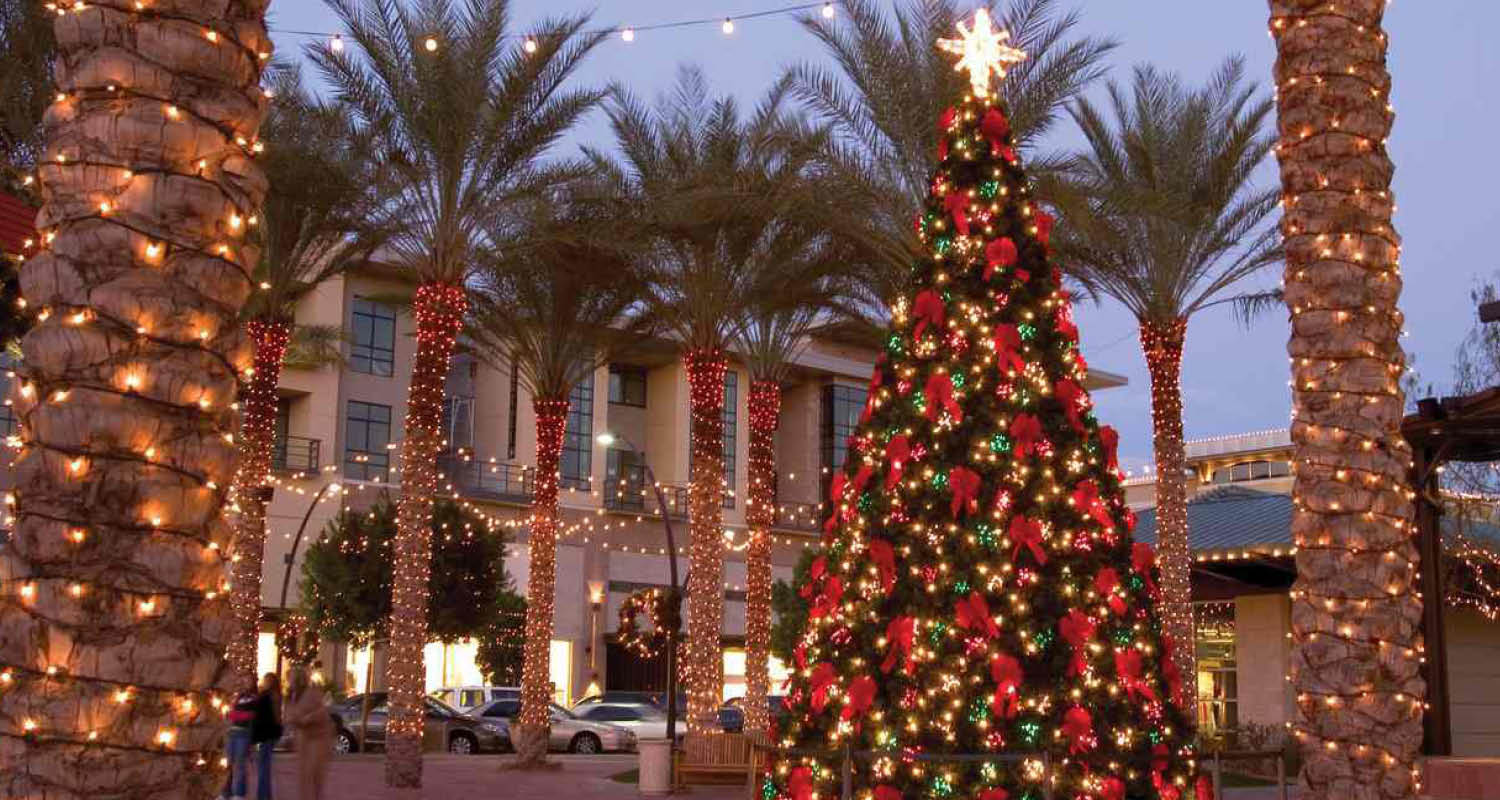 Journey around the globe: The world's most beautiful Christmas traditions

From a boat trip in the Maldives to a Flying Santa

It won't be long before Christmas is already just around the corner. That usually means sweet cookies, fragrant mulled wine and a decorated Christmas tree. But what is it actually like in other regions of the world, where chocolate Santas melt in the heat and exotic dishes like tamales are on the menu instead of succulent roasts?

Here are six exceptionally beautiful Christmas traditions that range from Florida to the desert.

Tamales instead of roast

In Arizona, tamales are served instead of a juicy Christmas roast. What makes it special is that families come together to prepare the dish. It is a traditional Central American dish made of masa, or corn dough, filled with meat, cheese or other ingredients, wrapped in plant leaves and then steamed. In Tucson, a city in the US state of Arizona, tamales are so popular that they have their own festival. This is usually hosted just before Christmas at the Casino del Sol and celebrates the rich flavours, rumours and variations of tamales from the southwestern US and Mexico. The tradition stems from the fact that many Mexicans have made their home in Arizona. 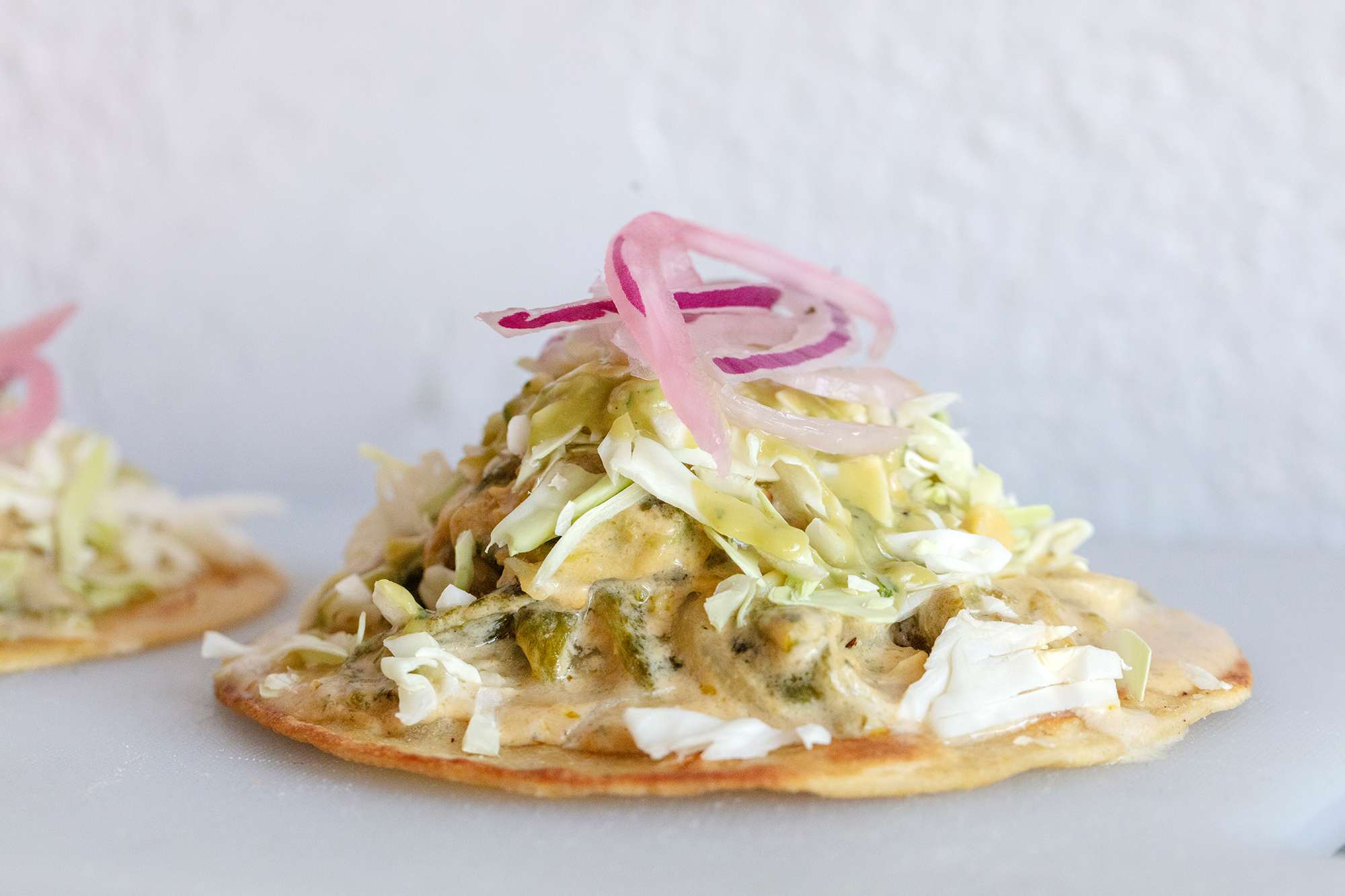 Paradise Island Christmas in the Maldives

At Christmas, just leave the hustle and bustle and freezing temperatures behind and escape to the middle of paradise instead? If you've planned a relaxing Christmas getaway to the Maldives, you'll get your money's worth. Because instead of slushy snow and traffic noise, you'll be listening to the sound of waves and exotic Christmas music on the island. Resorts offer their guests the full programme and sometimes transform their premises into a Christmas wonderland - only without the unpleasant cold. Milaidhoo Island Maldives invites you this year to the Maldives Milaidhoo is the perfect place to get away from it all and enjoy some special time out with family and close friends after a difficult time. Milaidhoo brings holidaymakers closer to the typical local way of life and traditions, such as an excursion to a local island, with impressions of traditions and cooking from a time before the Maldives became a popular holiday destination. Over the holidays, guests also have the opportunity to take a special day trip on a typical Maldivian boat, a so-called "Dhoni" to a local island. 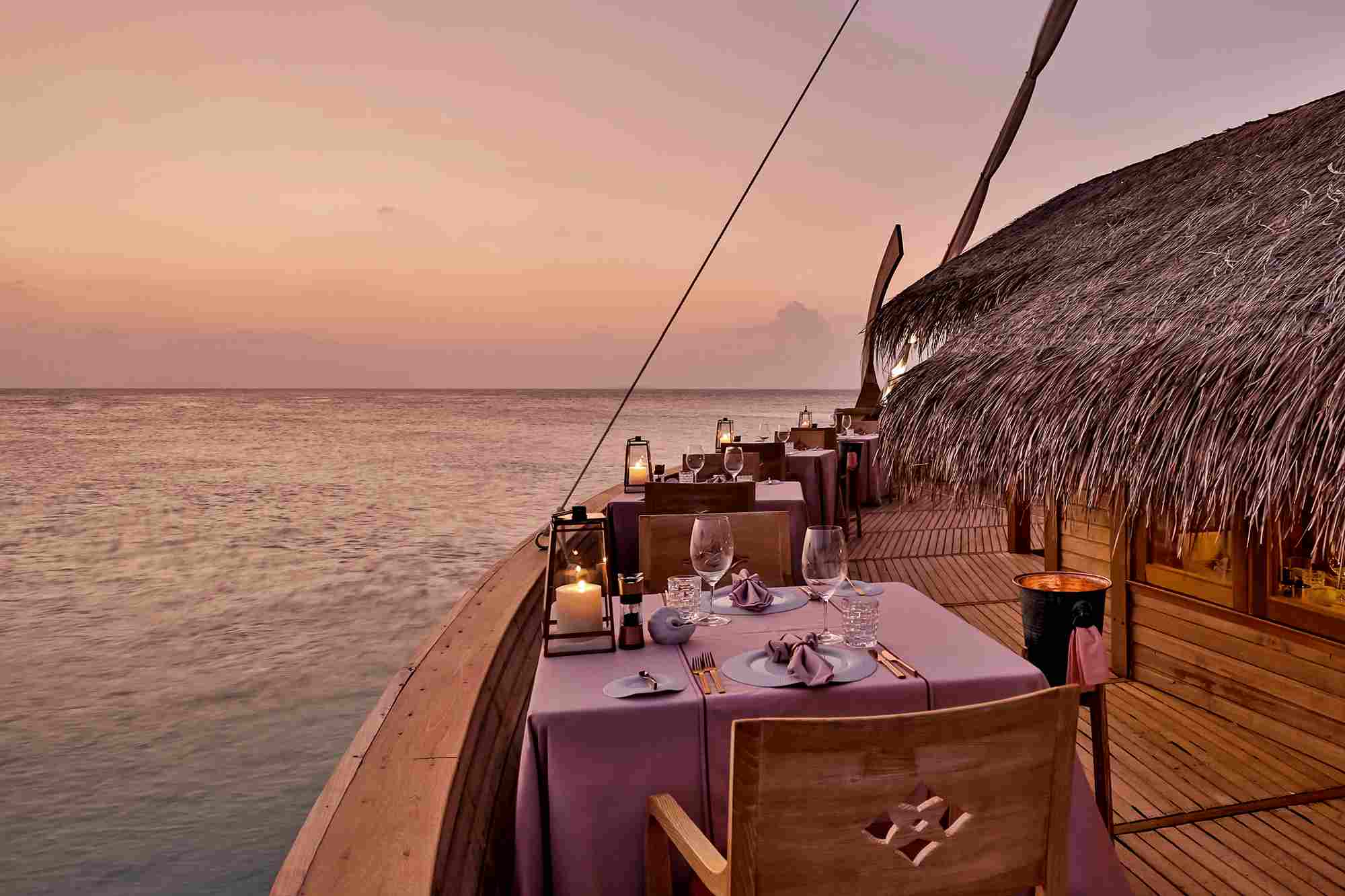 Enjoy a boat trip in the middle of the Maldives and get to know the traditional cuisine of the island.

Christmas on the beach is not only in tropical regions of the world. Long Island also invites you to spend the holidays with sea air and lighthouses. When the sun sets in December, Long Island's lighthouses light up in gloriously adorned clutches, such as in the small coastal town of Montauk, just a few hours from New York City away. So Christmas fans on the island at the gates of the Big Apple are offered a very special atmosphere with a mix of maritime ambience and festive mood. For decades, there has been another tradition that excites people: In 1934, the pilot Snow began to support his colleague from Maine named William Wincapaw. The latter was known to many people only by his pseudonym: Flying Santa! For years, he and his son had flown gifts and treats to lighthouse keeper families to thank them for their work. Beginning in 1934, Snow took on this task for Long Island, bringing toys, coffee, cookies and more to the sometimes isolated families on the island. To this day, every Christmas, various Flying Santas are out to continue this tradition, flying from lighthouse to lighthouse packed and dressed in Christmas costume. 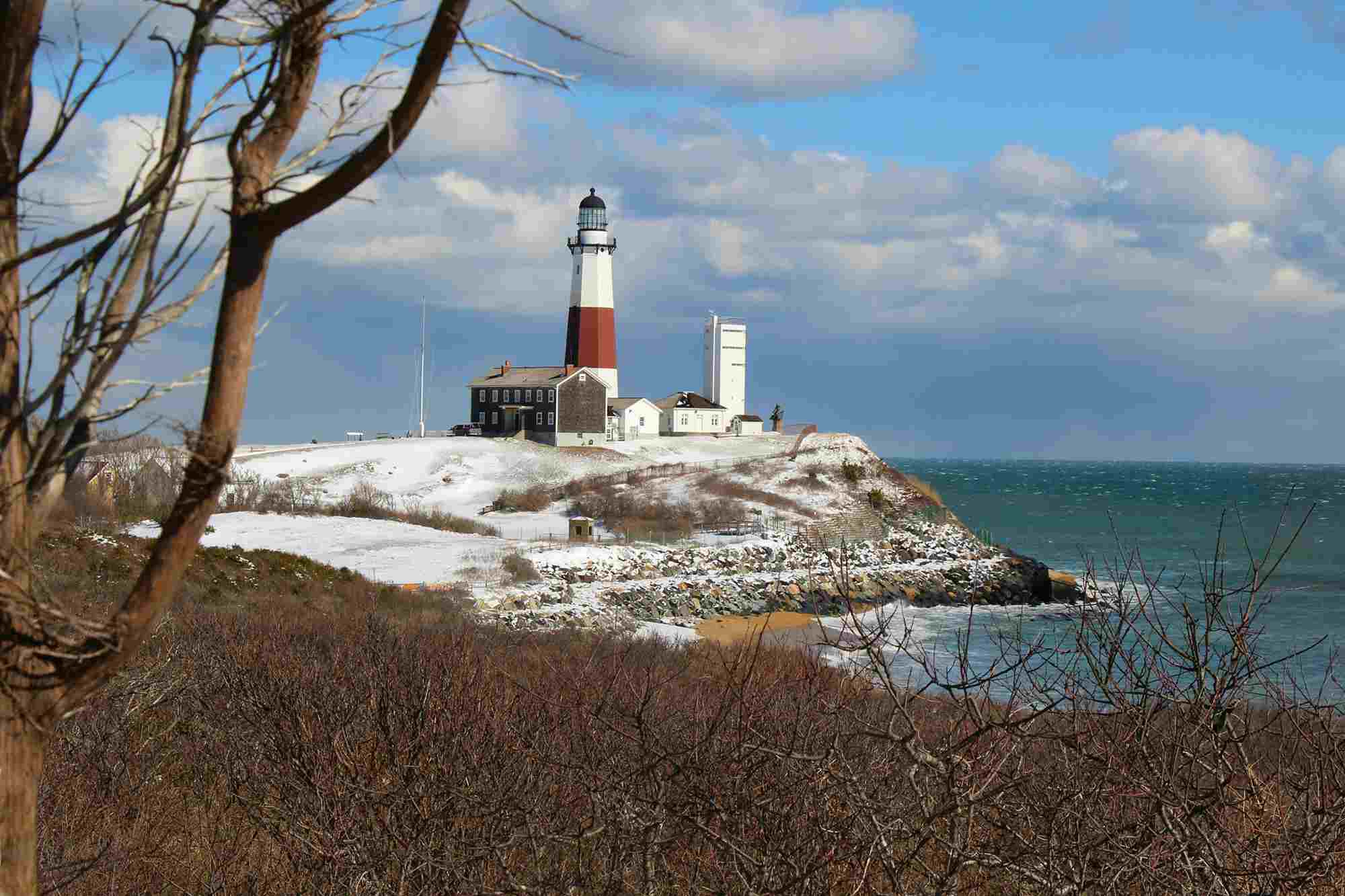 Montauk is known for its winter wonderland complete with Flying Santa.

Christmas on the water

Those who prefer warmer temperatures to get into the festive spirit on Christmas Eve might find happiness in Florida. Even if the Sunshine State can not exactly serve with wintry ambience, Christmas fans can still enjoy the tradition. Because unlike the rather discreet Christmas tree baubles in this country, the Christmas decorations in Florida can be a little more shrill. So hang on the tree sometimes the miniature helmet of the favorite football team or Santa Claus in swimming trunks. The highlight of Christmas in Florida, however, are the numerous places that are located near the water or directly on canals. Because in December, residents and visitors are thrilled with festive boat parades, the so-called "Hoildy Boat Parades". The boats are decorated with oversized Santa Clauses, endless strings of lights, reindeer and Christmas trees. 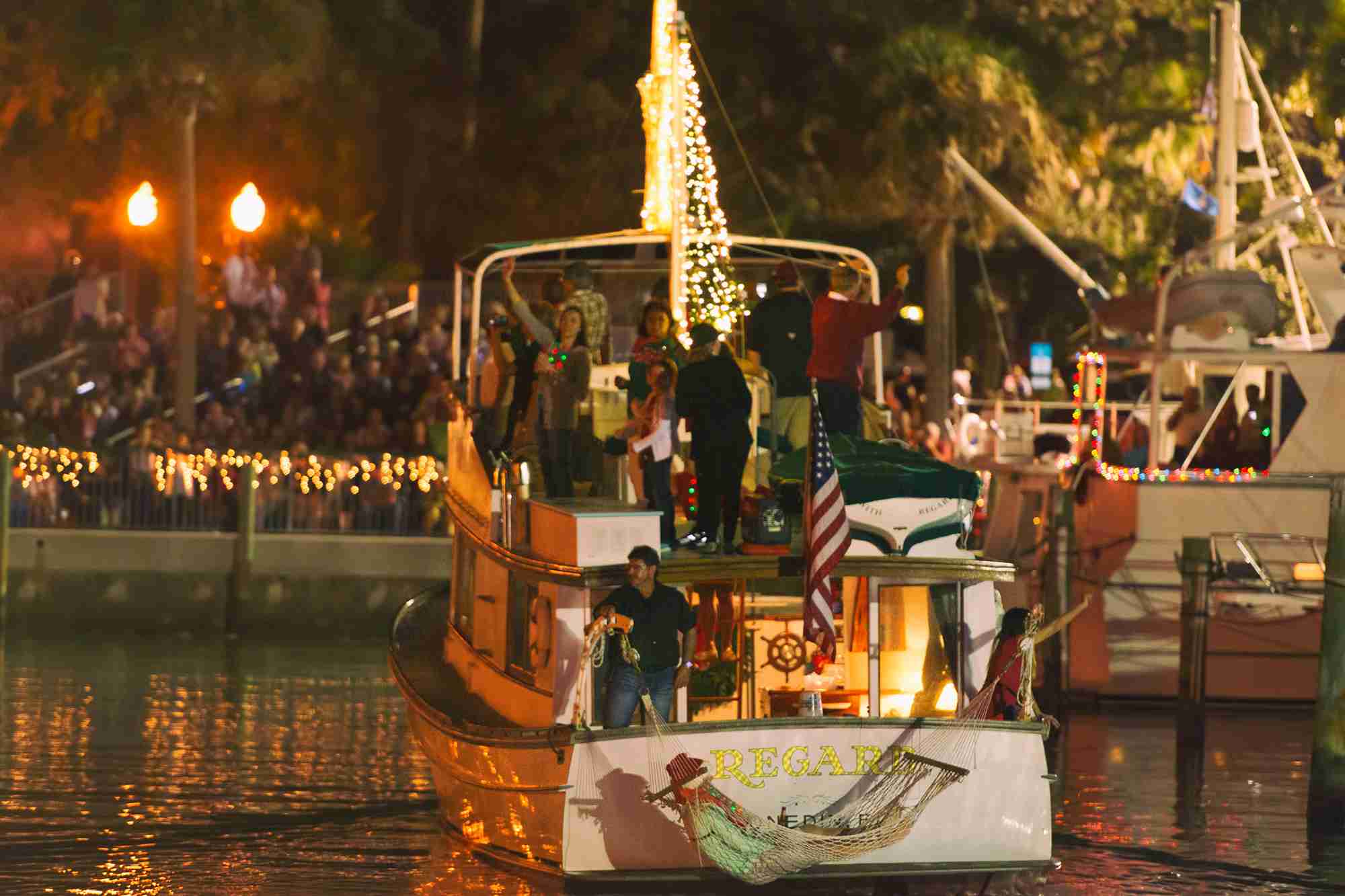 The boat parade in Clearwater immediately puts visitors in the Christmas spirit.

Warm Christmas in the desert

Even though Scottsdale in the US state of Arizona doesn't experience an actual change in weather for the cold season, the city and houses are still festively decorated. That's because the residents in the desert city place a lot of emphasis on the tradition of Christmas and inspire with seasonal food and lots of pumpkin pie spice. One thing that has become as much a part of Christmas in Scottsdale as Santa Claus is the area's very famous Verde Canyon Railroad's Magical Christmas Journey. There, younger guests in particular can look forward to a detailed mini Christmas village. Afterwards, a one-and-a-half-hour train tour to the "North Pole" begins: Meanwhile, delicious drinks are offered on board the train, and once you arrive at your destination, it's as if you're right in Santa Claus' home. 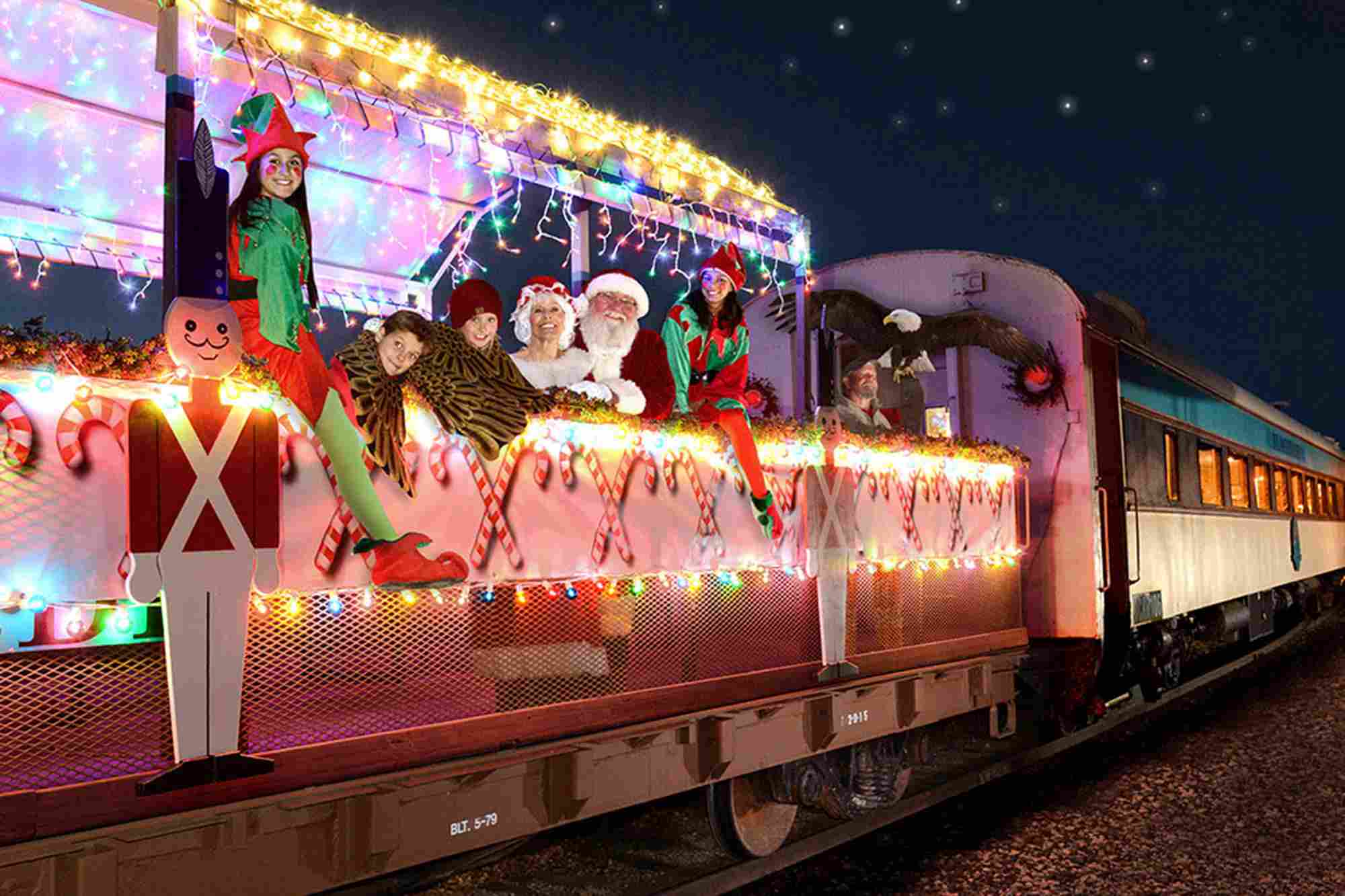 From the first of December in Turkey begins a very special time. However, the inhabitants of the country are not looking forward to Christmas Eve, but to the turn of the year. For us unthinkable there but completely normal: The Turkish Advent calendar have even 31st door, because the New Year's Eve is already longed for the whole year. And on New Year's Eve at the latest, it's clear that the Christmas-New Year's diffusion is something to behold. Because on the streets are then New Year men, also known as "Noel Babas", on the road and bring a lot of mood among the people. In terms of appearance, the New Year's Eve men are reminiscent of the typical Santa Claus, except that they don't put the presents under a Christmas tree, but under a New Year's tree. 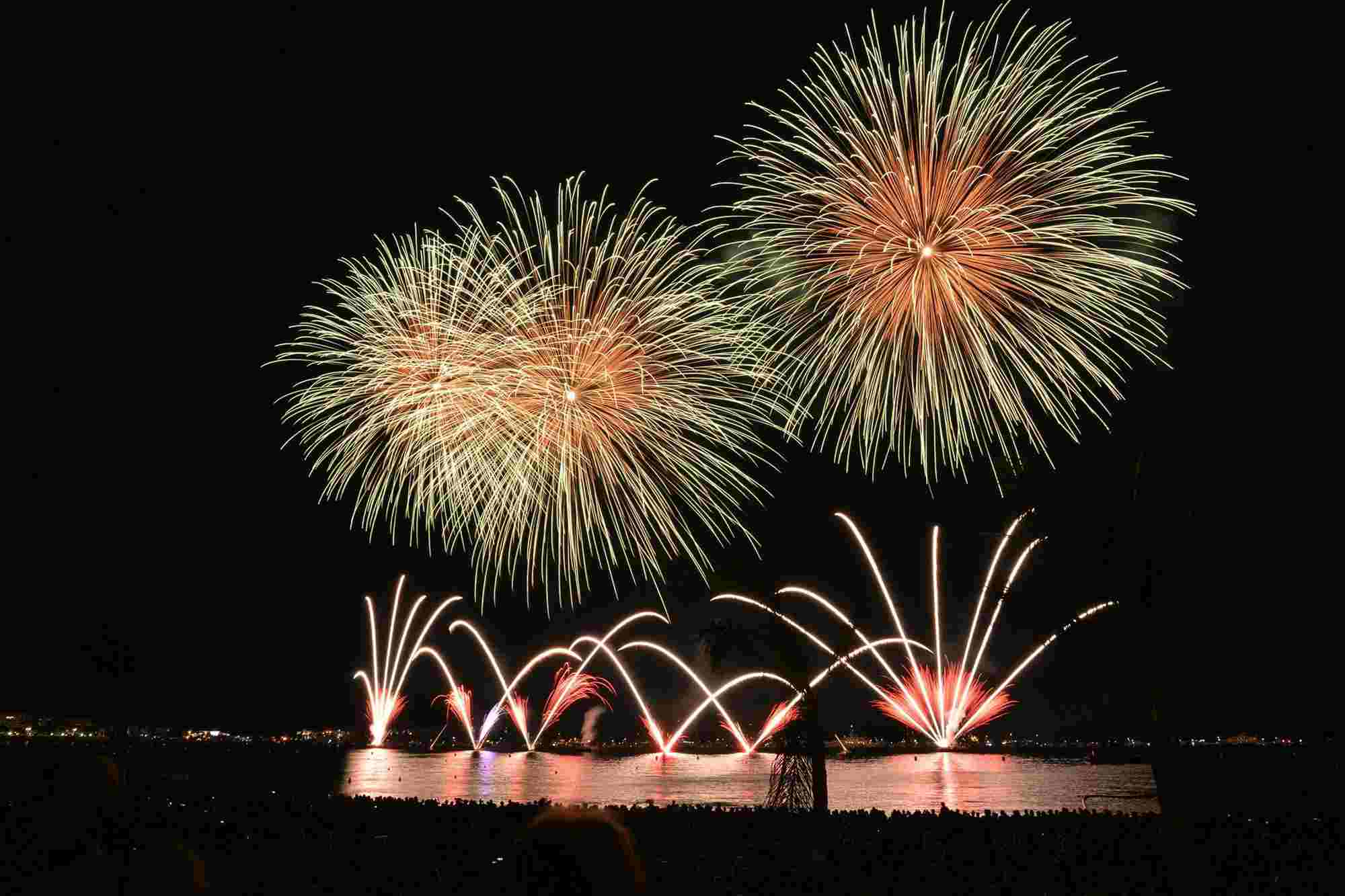 In Turkey, the turn of the year has a higher significance than Christmas.