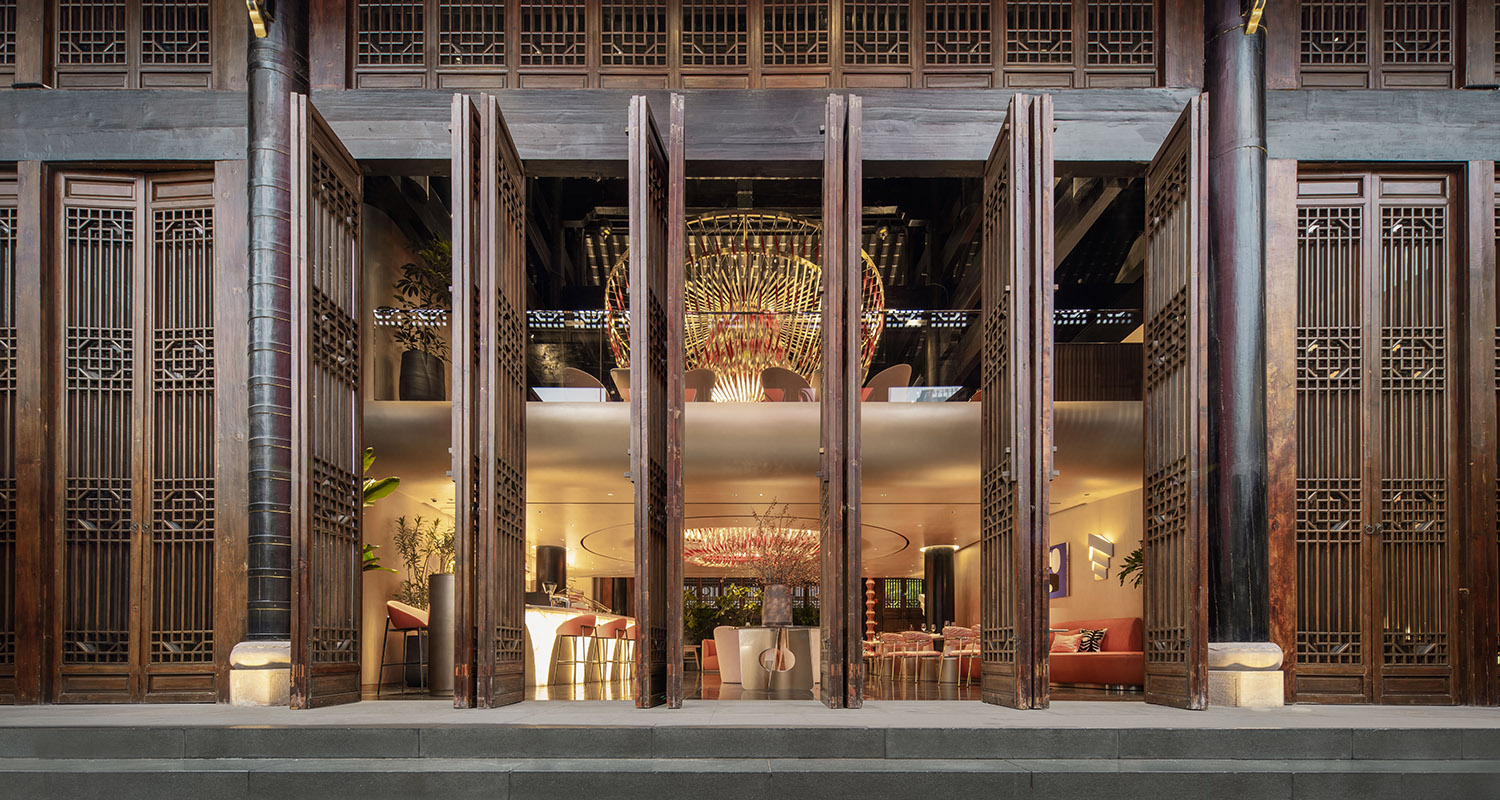 It's the French luxury brand's first restaurant in all of China: The Hall by Louis Vuitton in Chengdu recently opened as part of Maison Chengdu.

Louis Vuitton only opened the luxurious Maison Chengdu in Sichuan's capital at the beginning of 2022. Now it presents an equally chic gastronomic highlight: The Hall by Louis Vuitton is the brand's first permanent restaurant in China. According to the first images, it's worth the trip. 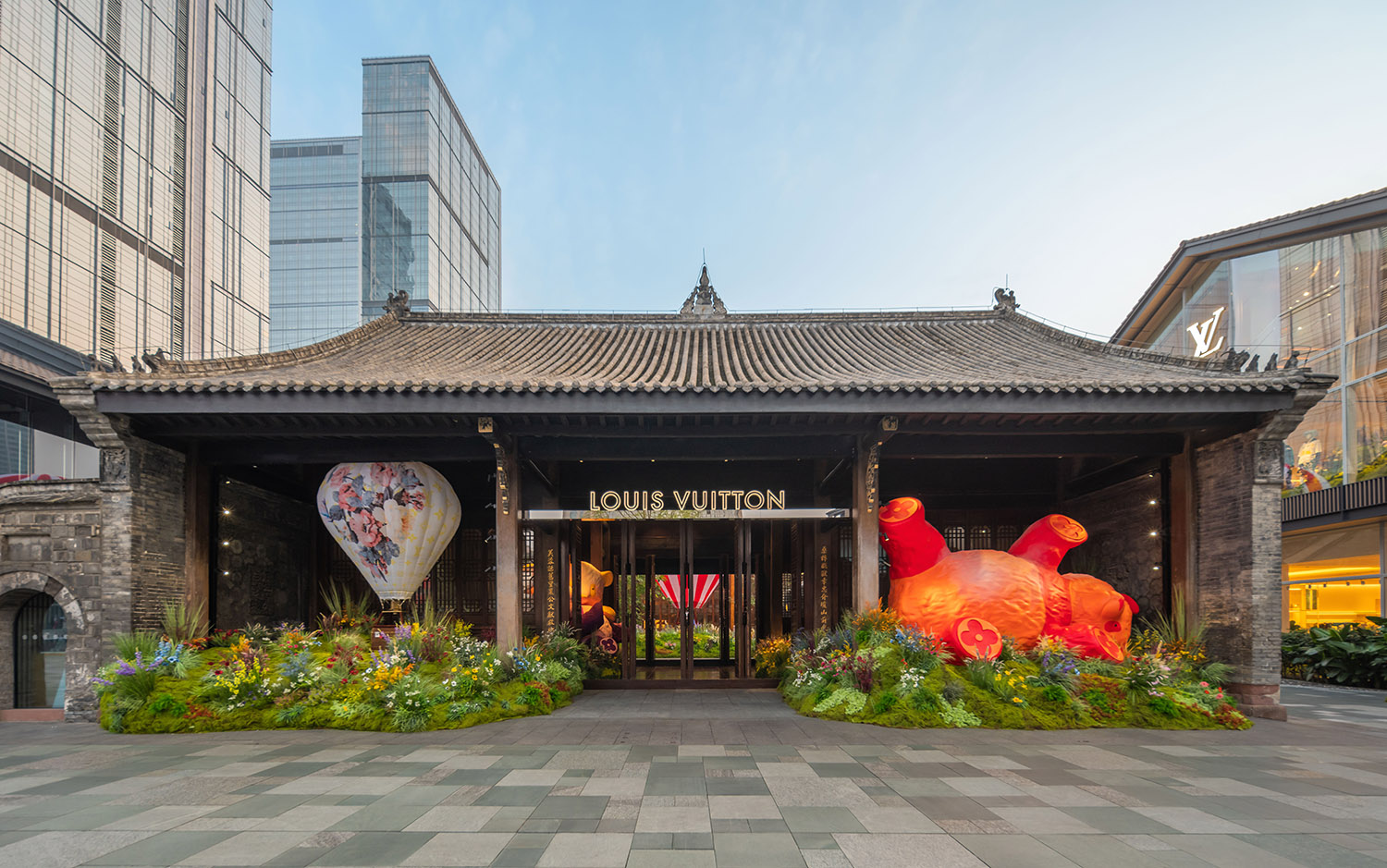 The Hall has been open since November in the heart of Chengdu and is part of Maison Chengdu, which opened earlier this year. © Louis Vuitton

Louis Vuitton in the heart of Chengdu

The Hall is located in the Sino-Ocean Taikoo Li. The shopping and entertainment district around the Buddhist Daci Temple is the heart of Chengdu. The district's six buildings steeped in history are joined by a variety of restaurants, boutiques, bars and clubs, as well as beautiful nooks and alleys for relaxation. Just earlier this year, Louis Vuitton opened its exclusive Maison Chengdu flagship store here. This has already caused quite a stir on social media thanks to a giant dragon that runs through the store.

For the flagship store, Louis Vuitton integrated two historic buildings into its own design for the first time. The buildings are now connected by a glass bridge: Luxury travelers experience typical French art de vivre, offset with Chinese flair, on a total area of over 2,000 square meters.

Since November, the new restaurant The Hall by Louis Vuitton, operated by the Yunmi restaurant group, has been part of the Guangdong Hall, which was built about a hundred years ago in the traditional style of the region. People meet here for lunch, afternoon tea and dinner - and probably also to see and be seen. 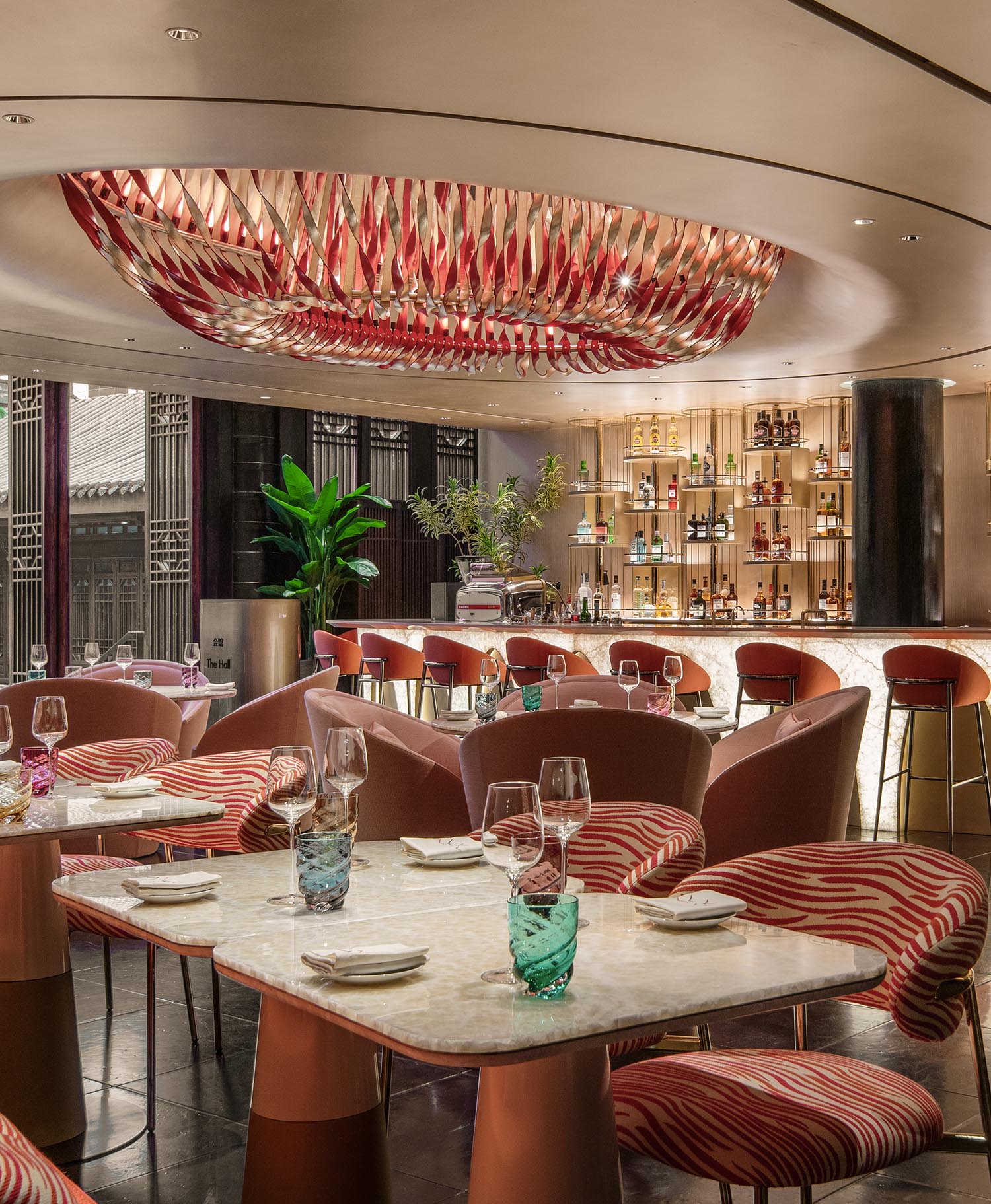 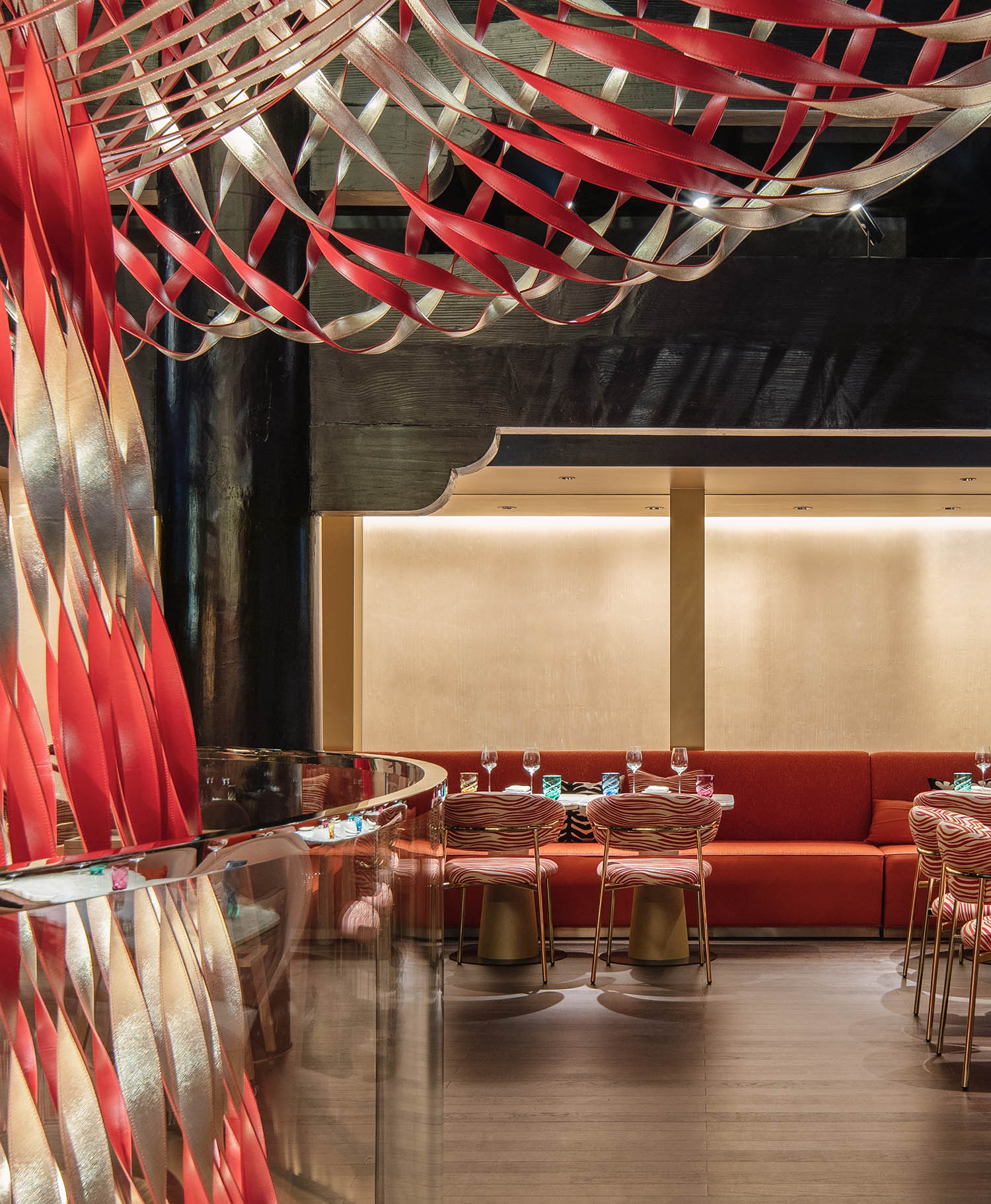 The new The Hall by Louis Vuitton is new It spot for gourmands and lifestyle travelers in China. © Louis Vuitton

The Hall as a new culinary hotspot

Typical for Sichuan, The Hall is guarded by a large panda sculpture at the entrance. Style-conscious people should not be put off by this, however, because the new opening nevertheless knows how to shine with luxurious-historical elegance inside. Original works by Chinese artists such as Zhou Yilun and Lu Xinjian are emblazoned on the walls. The historic dark wooden doors with their typical geometric wooden lattice reveal a view of the imposing coral-ornamented chandelier by atelier oï. Clearly, astonishment is on the menu here. 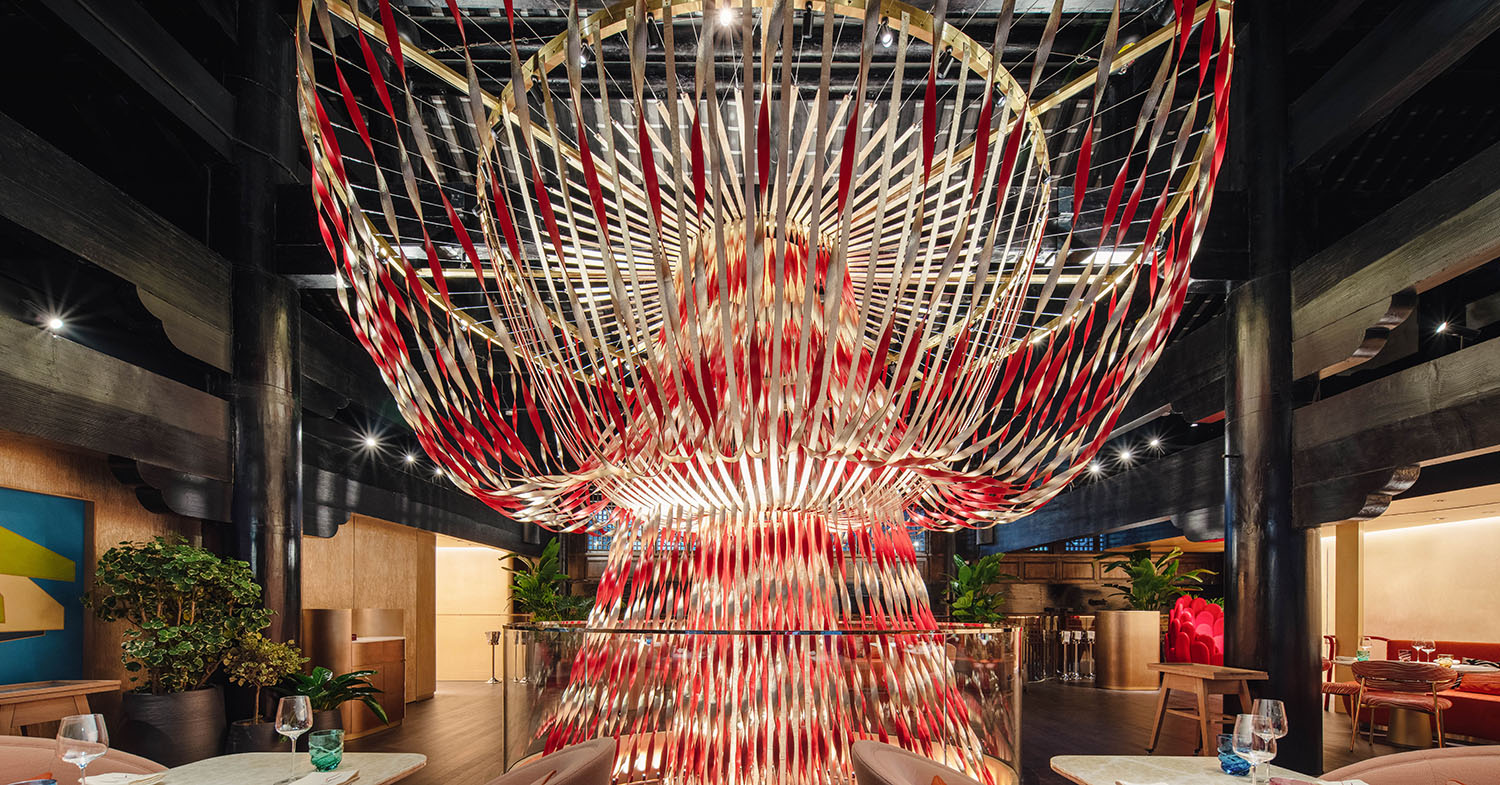 Star cuisine in The Hall

The menu at The Hall is inspired by modern European cuisine. French and Mediterranean classics are served in a refined setting. A carefully curated wine list lists fine wines from France and Italy, with a special focus on Jura, Louis Vuitton's hometown. 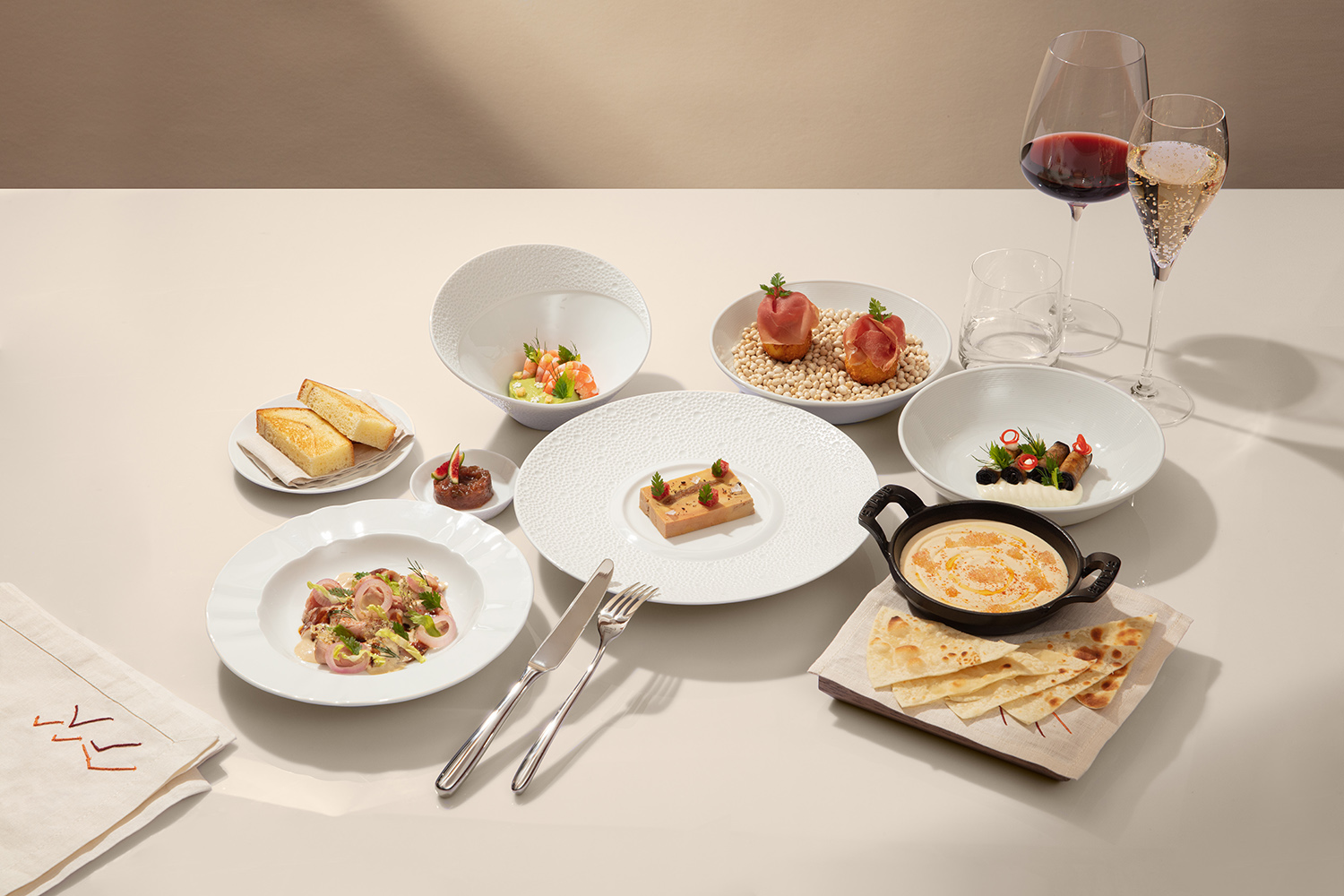 The Hall promises haute cuisine in an elegant setting. The dishes are accompanied by a wide selection of excellent wines from Vuittons' home town of Jura. © Louis Vuitton

A number of international Michelin-starred chefs will provide the culinary delights, taking it in turns to lead the kitchen. Olivier Elzer will kick things off: He will present a seasonal menu combining local flavors with French finesse for The Hall by Louis Vuitton from November 2022 to March 2023. 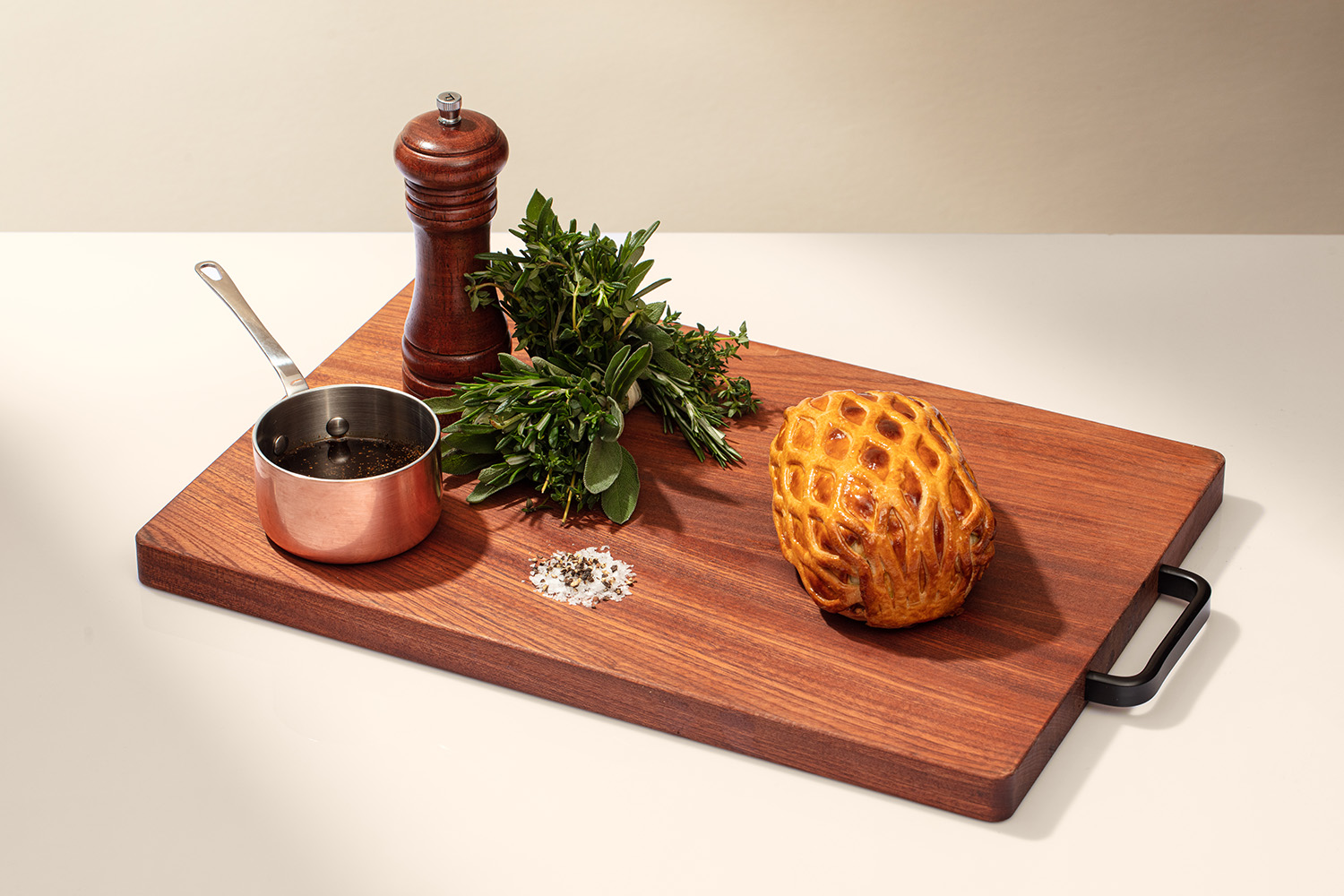 In the course of the opening, the French brand also came up with something on a digital level: The interactive game "Mah Jump" (a reference to the traditional game Mahjong) was created for the Chinese WhatsApp equivalent WeChat. The music that can be heard in the background is by rapper Masiwei.