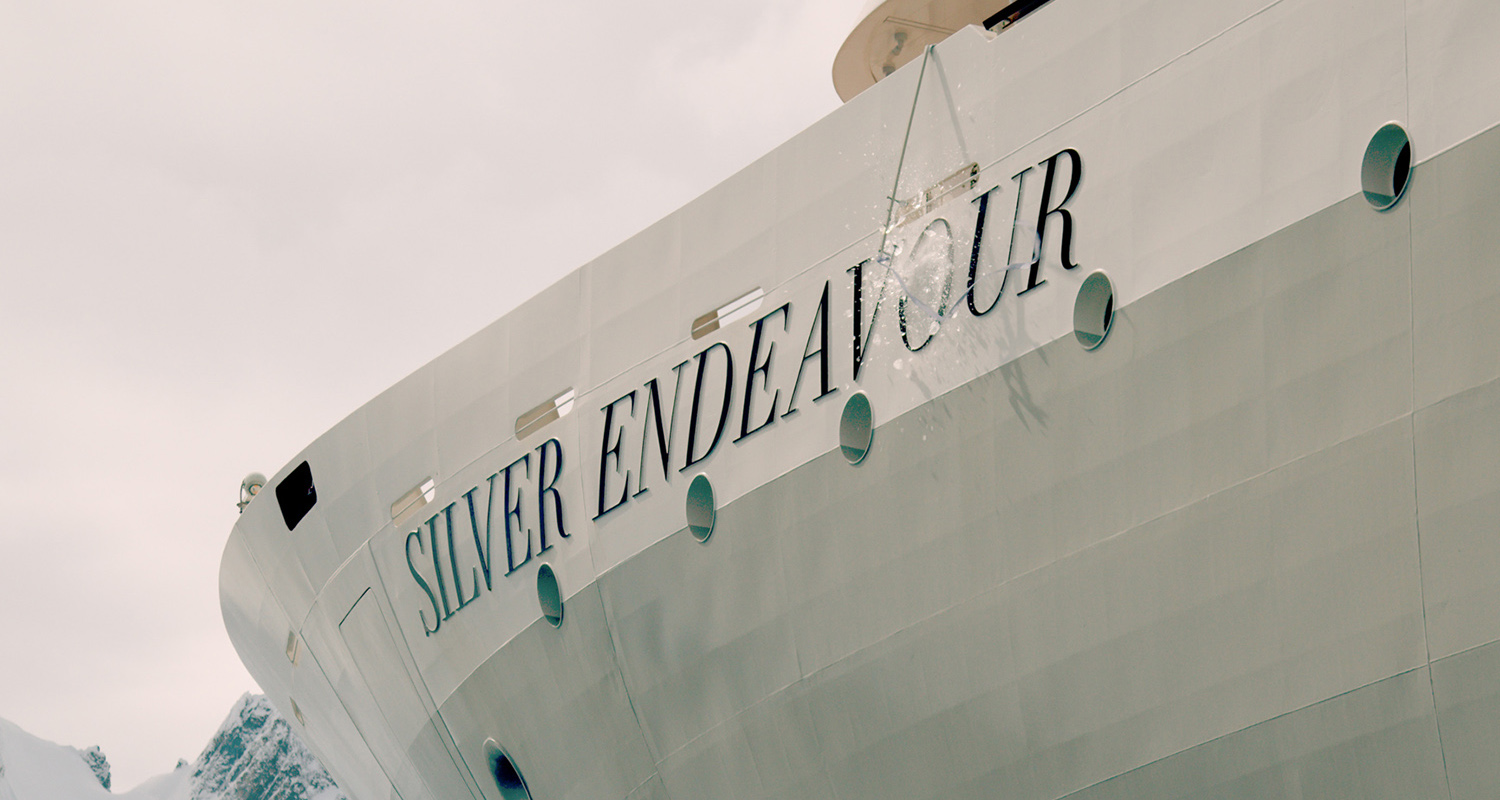 Was This the Most Spectacular Ship Naming Ceremony of the Year?

Champagne on ice: Silversea Cruises has now christened the world's most luxurious expedition ship in Antarctica. The naming ceremony for the Silver Endeavor with Lady Sponsor Felicity Aston is the first in the Lemaire Channel.

On November 19, champagne on ice took on a new meaning: the renowned Silversea Cruises hosted the christening of its ultra-luxury cruise ship Silver Endeavor, among snow and ice giants, in the middle of Antarctica's Lemaire Channel.

Good to know: The traditional ship christening takes place before the first launch of a ship. In addition to the captain and crew, an external sponsor is invited. According to maritime tradition, this person – usually a woman – gives a speech and then officially names the ship. Finally, a bottle of champagne is smashed against the ship's exterior causing it to shatter.

Before its departure, the ship was blessed at the Cape Horn Sub-Antarctic Center in Puerto Williams on November 15. The maritime tradition was attended by regional dignitaries as the Royal Caribbean Group played the bagpipes. Finally, the Chilean and American national anthems were sung. 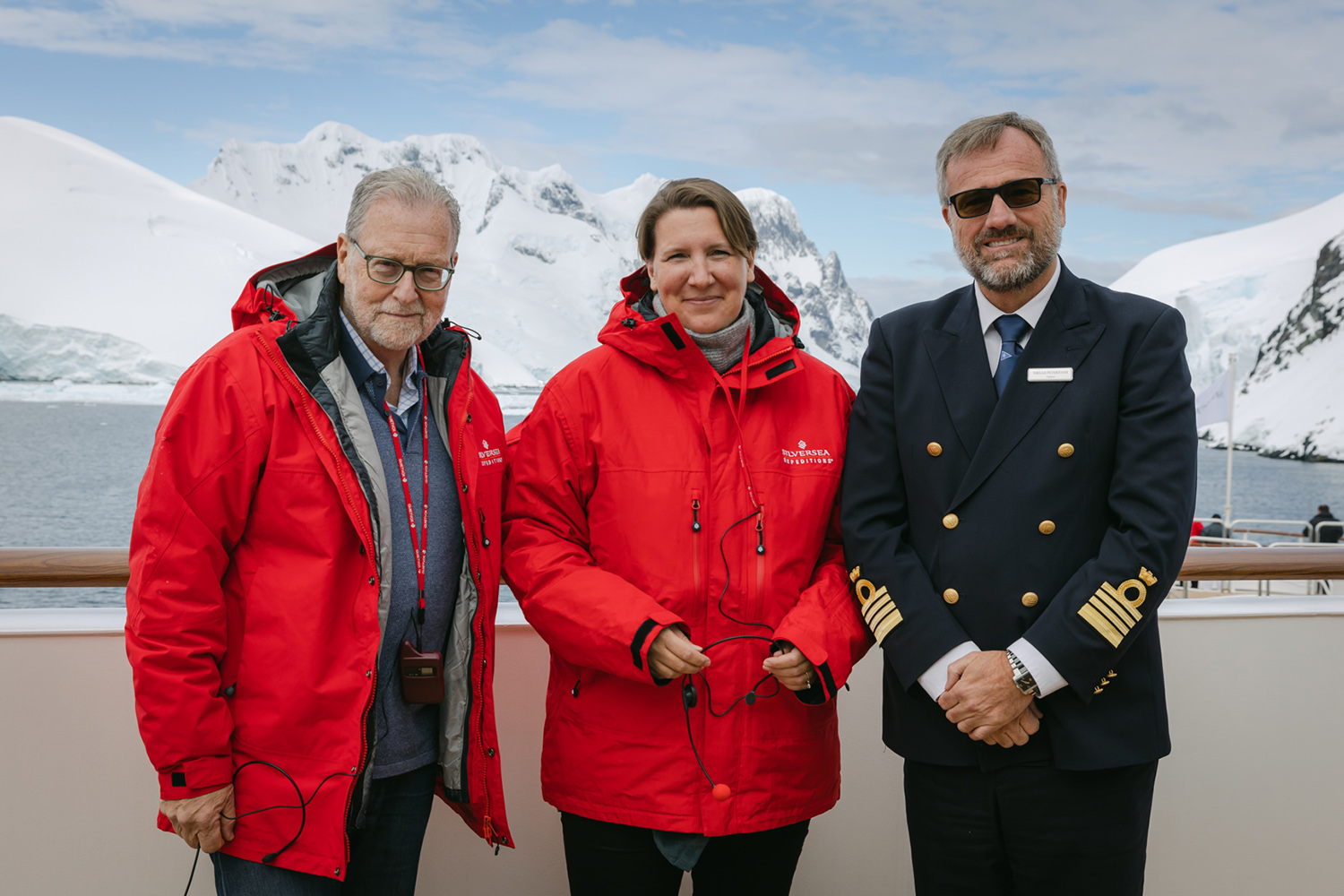 The official sponsor of the Silver Endeavor is British polar explorer Felicity Aston. In 2012, she became the first woman to cross the Antarctica solo on skis – and the first person ever to do so using pure muscle power. Roberto Martinoli, President and Chief Executive Officer of Silversea Cruises, comments:

"We are honored to name Felicity Aston, who is a great inspiration to us and our guests, as the ship's sponsor. Felicity is the perfect ambassador for Silversea; she shares the same unwavering sense of curiosity and adventure that unites all of our guests."

Champagne on ice: A ceremony in the Lemaire Canal 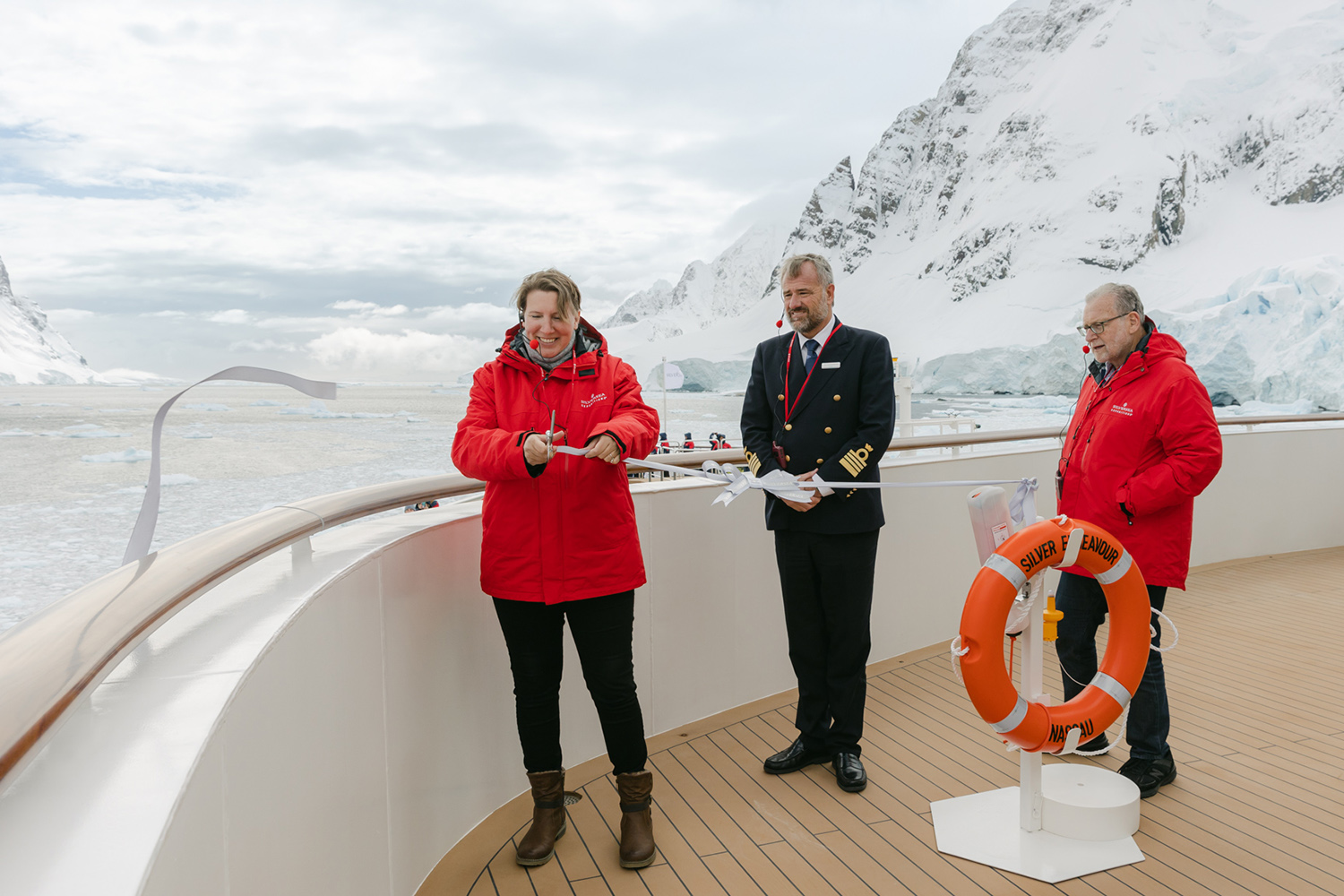 After her speech, the British polar explorer officially cut the ribbon to open the expedition ship. © Silversea Cruises

The Lemaire Channel is a strait off the antarctic peninsula. The Silver Endeavor was the first ship in the world to be christened at this imposing site. Felicity Aston blessed the luxurious expedition ship before ceremoniously cutting the ribbon together with Captain Niklas Peterstam. 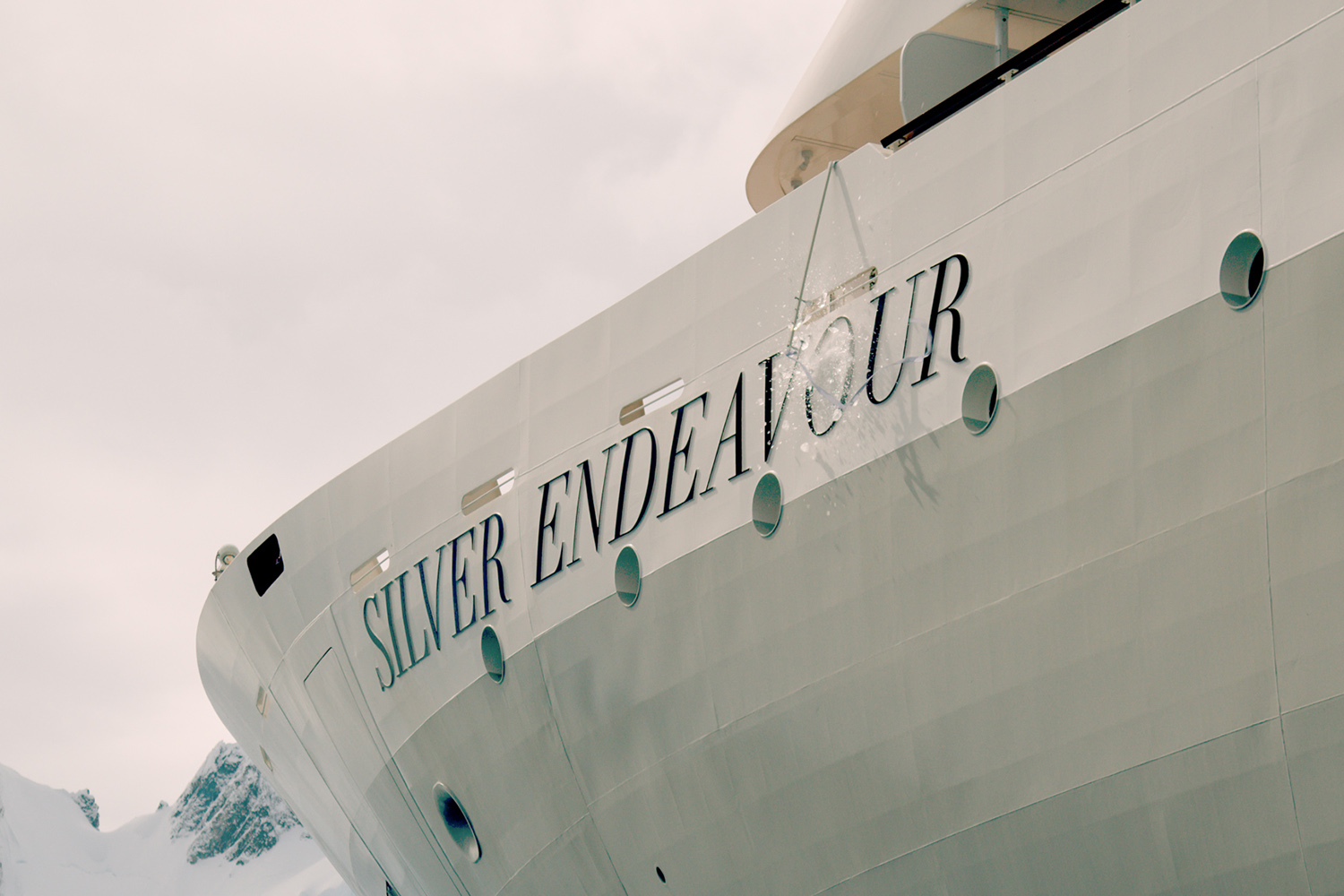 The champagne bottle made of pure ice shattered completely at the bow of the Silver Endeavor. Nothing stands in the way of a successful, safe voyage now. © Silversea Cruises

True to maritime tradition, which is supposed to bring the ship luck on its further voyages, a champagne bottle was also smashed at the bow. The special thing about it was that it was made entirely of ice, an environmentally friendly ritual for good luck.

Incidentally, the Silver Endeavor bears the same name as the ship of the legendary circumnavigator Captain Cook. A great legacy that is appreciated in this day and age, when the world seems almost entirely discovered, according to the polar explorer and ship's sponsor. "Today, exploring our world is no longer just about geographical discoveries, but also about finding new ideas, new inspiration and new perspectives." 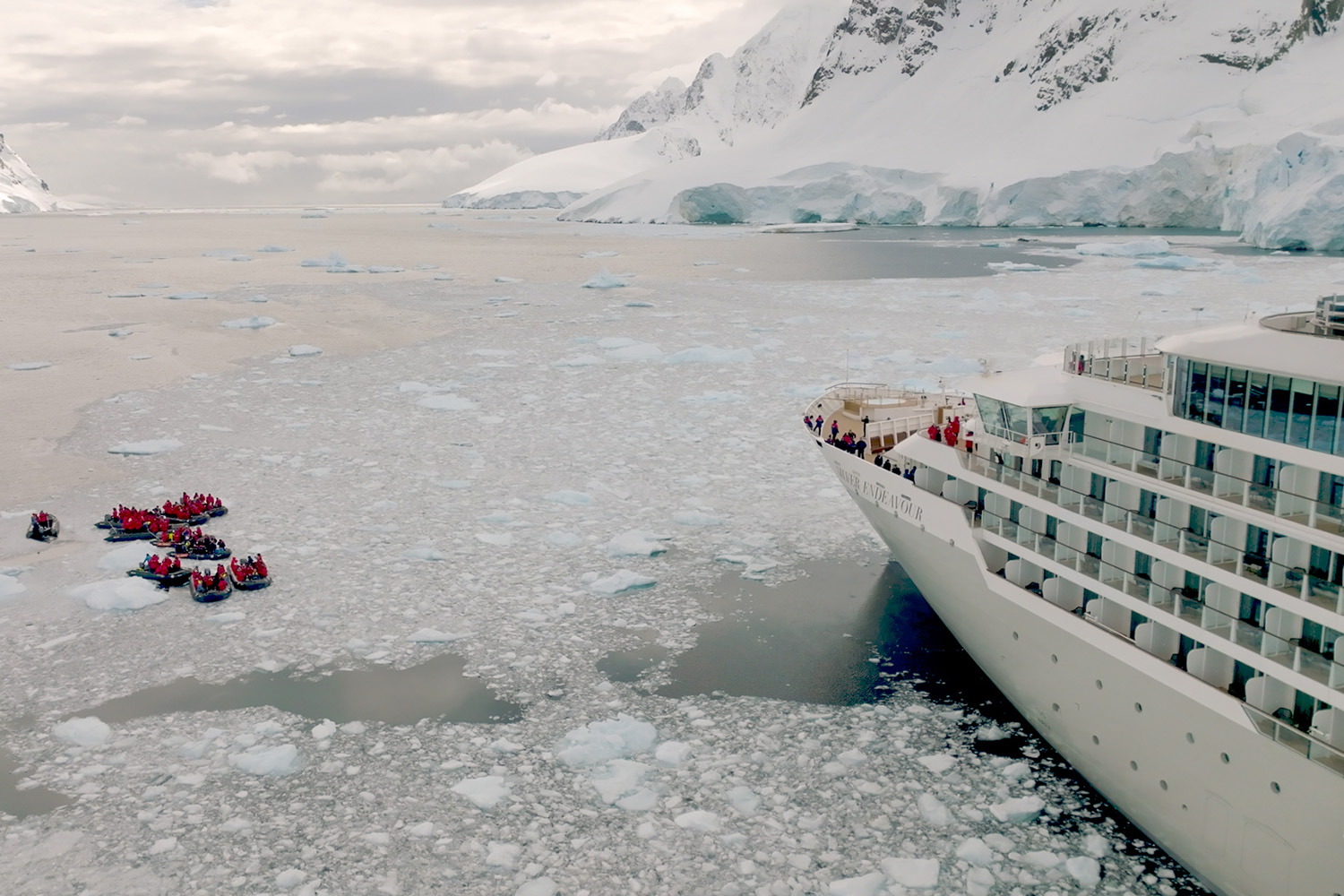 Adventure between ice and snow: Landscapes such as the straits of the Lemaire Channel await future guests of the Silver Endeavor in abundance. © Silversea Cruises

"The Silver Endeavour will give more people the chance to become explorers and return home with new perspectives. (...) I wish everyone who travels on the Silver Endeavour to always have wind in their sails and a safe journey ahead."

As a pioneer in the ultra-luxury cruise industry, Silversea Cruises, part of the Royal Caribbean Group, invites you on unique voyages across the world's oceans. The outstanding fleet, from the Silver Dawn to the Silver Endeavor, cruises on all seven continents of the world. The routes lead to popular places such as the Mediterranean or the Caribbean as well as to remote destinations such as the Galápagos Islands or the two polar regions.