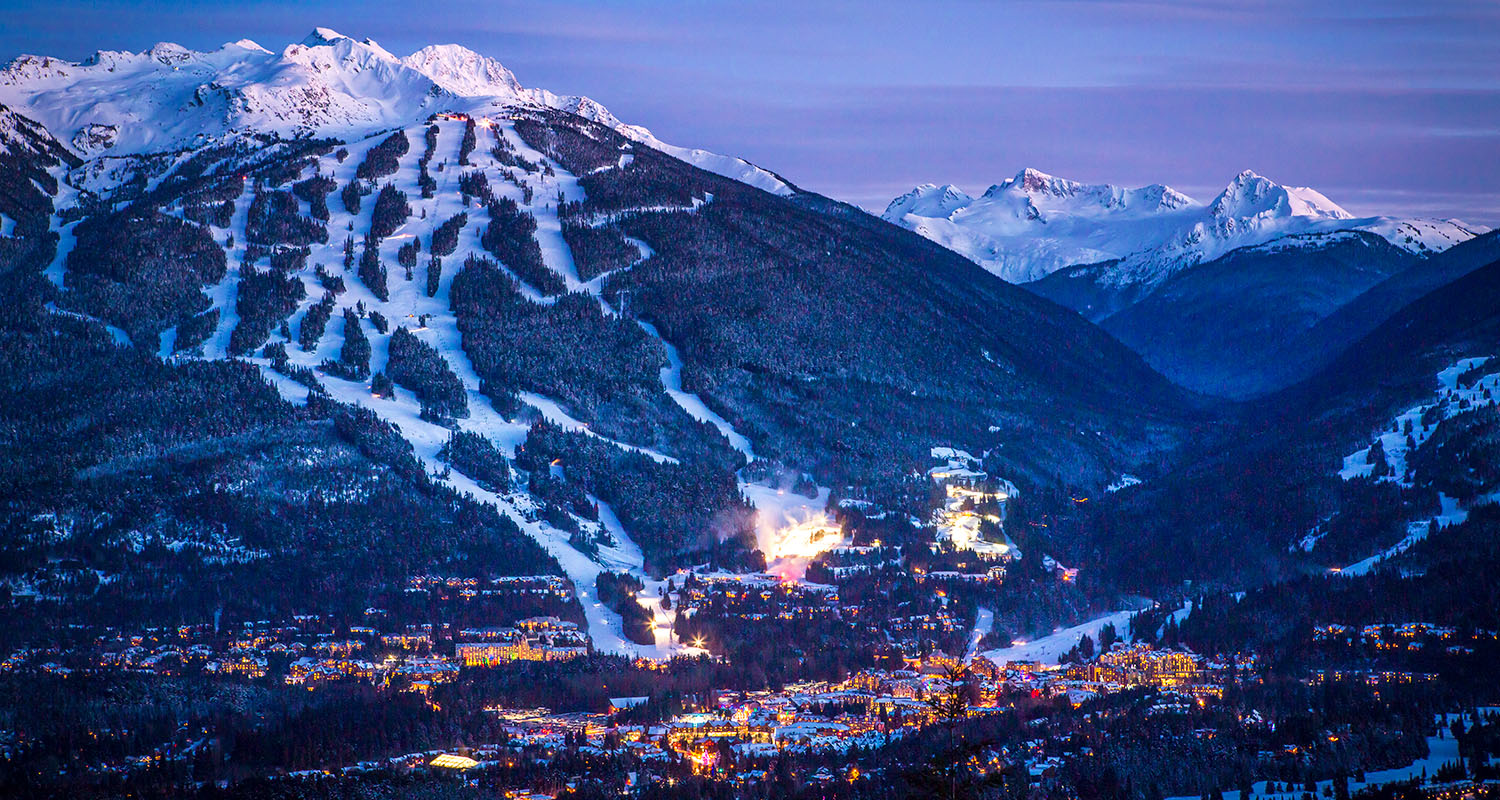 Barely two hours by car from Vancouver lies the largest ski area in Canada. Thanks to generous mountain scenery, the best snow conditions and urban amusements, an unforgettable skiing experience is guaranteed in Whistler-Blackcomb.

Early visitors called the area 115 kilometres northeast of Vancouver "London Mountain", but it came to be called Whistler after the whistle of the groundhog. After trappers were attracted by the natural beauty of the Canadian mountain landscape, the first lodge was built in 1914, others followed - but until the 1960s almost no infrastructure was in place. It wasn't until the first ski lifts went into operation (which resulted in a bid for the 1968 Winter Olympics) that more and more winter sports enthusiasts were attracted. Today Whistler-Blackcomb, named after the two elevations Whistler Mountain (2181 meters) and Blackcomb Peak (2436 meters), which are connected by the highest gondola in the world - 436 meters above the valley -, the largest ski resort in Canada, known for its snow reliability (on average 10.8 meters of snow fall here per year), varied terrain and a wide range of recreational activities. It finally succeeded in hosting the Winter Olympics in 2010 after a failed bid in 1968. One of the remnants of this time is the bobsled track at the Whistler Sliding Center, which can also be ridden by non-professionals. No previous experience is required - after an introduction, you'll be guided down ten curves by a trained pilot. This is not for the faint-hearted: speeds of up to 125 kilometres per hour can be reached here. Speaking of adrenaline rush: Passionate off-piste riders love the Coast Mountains, as the Canadian mountain range is called. The Symphony Express, a high-speed lift with four-seater chairs, provides access to four square kilometres of back bowls on Whistler Mountain. Here you'll find deep powder and forest runs for expert skiers. Another highlight: Heliskiing has been offered in Whistler for over 40 years, the terrain includes 173 glaciers and 475 runs.

Stunts through hoops of fire

What also makes the small town of Whistler with its almost 12,000 inhabitants exciting: It is a place that is characterized by appealing Canadian architecture as well as international flair. The latter is also reflected in the diverse restaurants and bars; from bistro to star cuisine, everything is possible here. Every Sunday evening there is a spectacular event at the "Skiers Plaza" in the city centre: "Fire and Ice" is the name of the show in which professionals on skis and snowboards jump through burning rings of fire.

Where elegance and cosiness find each other excellently

Majestically this house with its 519 rooms lies in the middle of a dreamlike landscape with forests and mountains. Modern elegance and decadence meet typical Canadian cosiness and plenty of space. Over 500 rooms await guests who, after a long day on the slopes, want to enjoy the culinary offerings in the restaurant "The Wildflower" or in the "Portobello" before relaxing in front of the fireplace and gazing out over the snow-covered valley. The house offers a spacious spa area and is also a popular address for weddings and other family celebrations. Double room from € 260,-.

Nestled in the Coast Mountains, right in the heart of the village, is this recently renovated hotel. All suites are equipped with a kitchen, a fireplace and a large bathtub - the ideal accommodation for winter holidays with the whole family. Relaxation is also catered for, with guests pampered from head to toe in the spa before heading off to dreamland - the Westin is famous for its sleep well service, which ranges from custom-made beds to sleep-inducing superfoods. Double room from € 152,-. 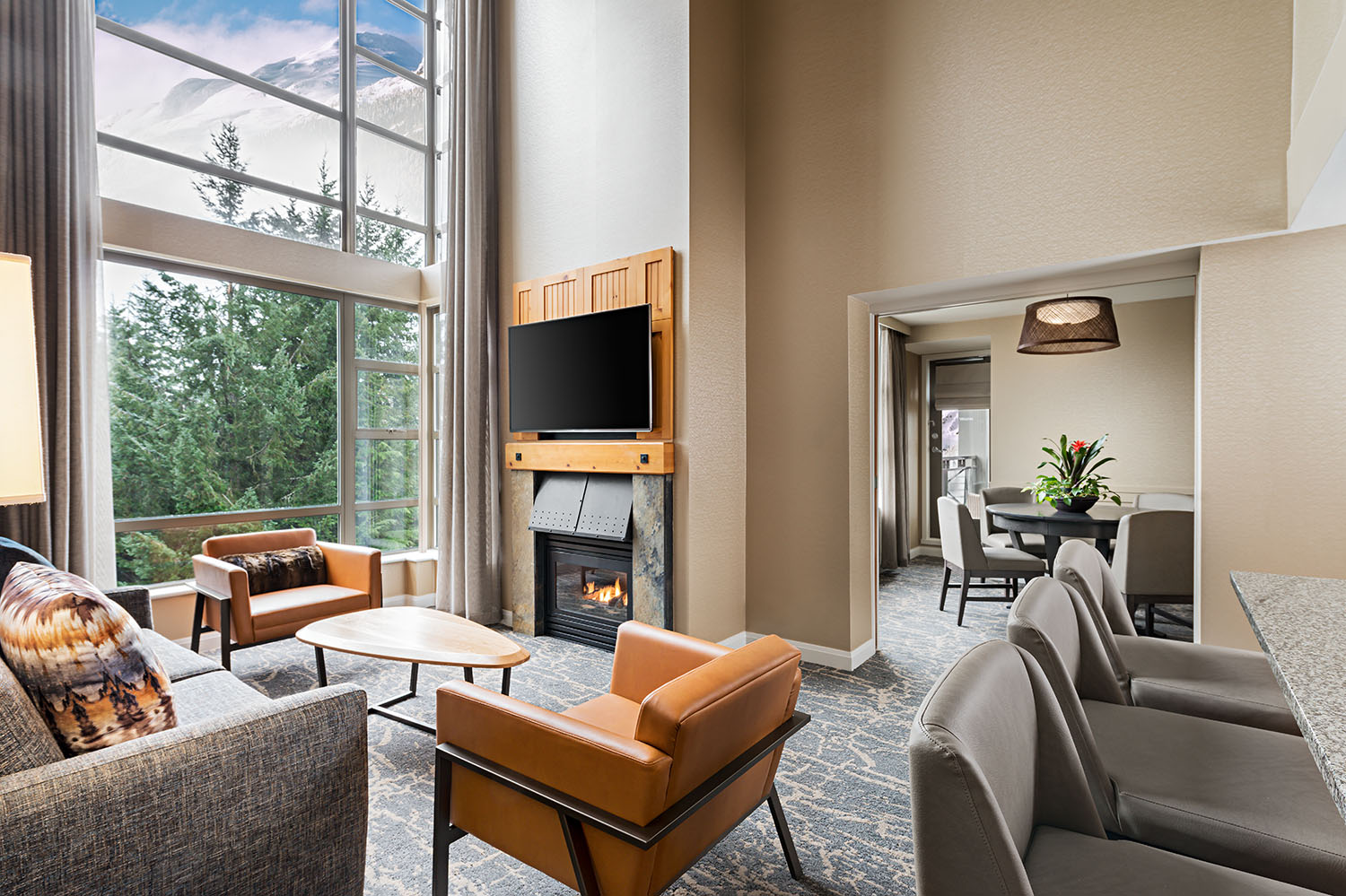 Undoubtedly the most luxurious hotel in town: excellent service, top culinary services and absolute comfort are guaranteed here. Away from the hustle and bustle of the town centre, the Four Seasons Resort is the perfect getaway for those seeking peace and relaxation in nature. In typical Whistler fashion, the design features stone, wood and neutral colours. Each room has a balcony, a fireplace and a large walk-in closet with enough space for excess luggage. Double rooms from € 1300. 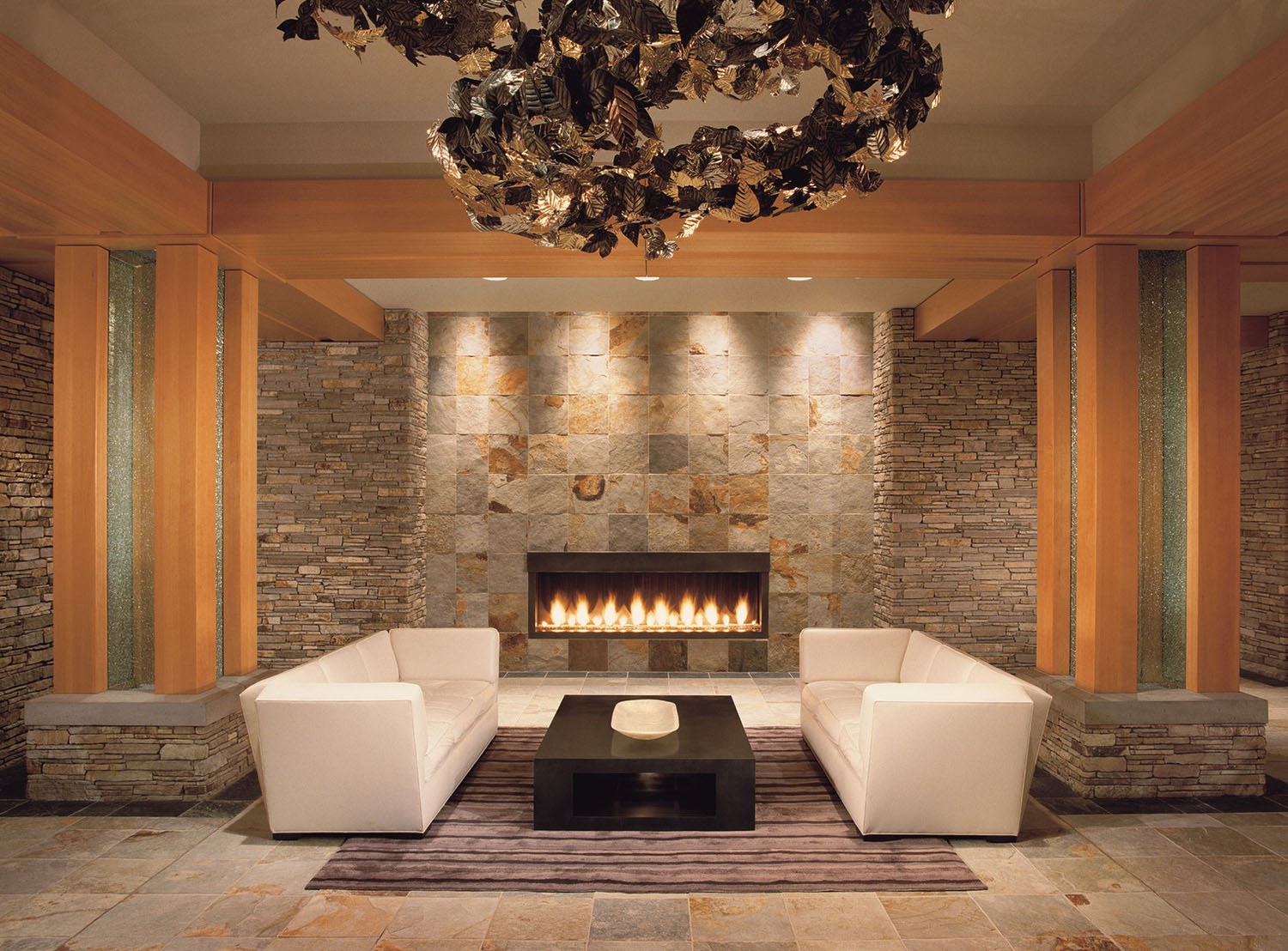 Would you like a Swedish relaxation massage in the middle of the Canadian mountains? At the Scandinave Spa Whistler, you can. This spa is located north of Whistler Village in a spruce and cedar forest. In addition to unique facial and body treatments, it also offers a breathtaking panorama. scandinave.com 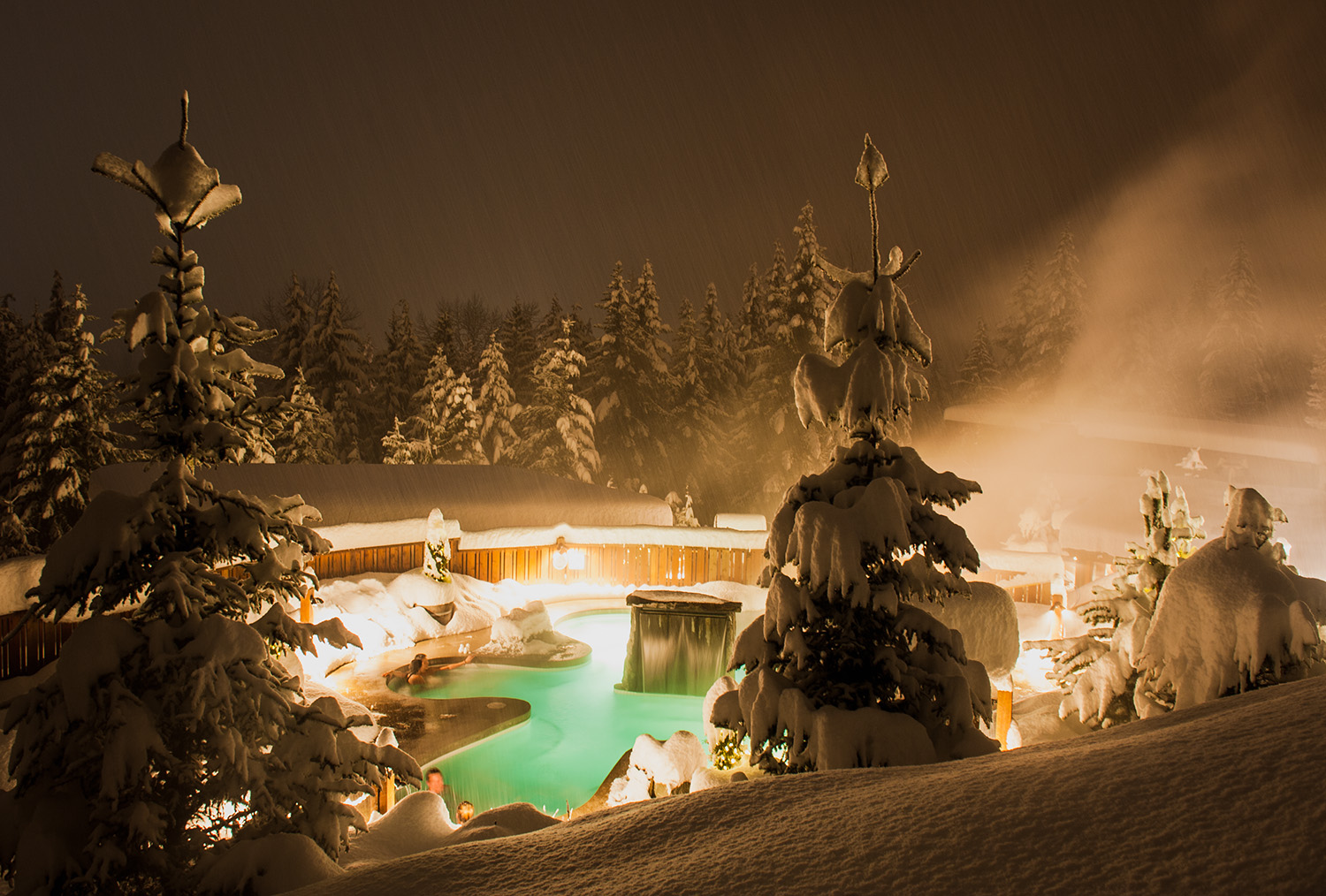 A visit to Bearfoot Bistro is more than just a meal. Chef Melissa Craig's creations are exceptional and arguably the result of her quest for perfection. British Columbia seafood and game are particularly recommended, complemented with the best from around the world. bearfootbistro.com 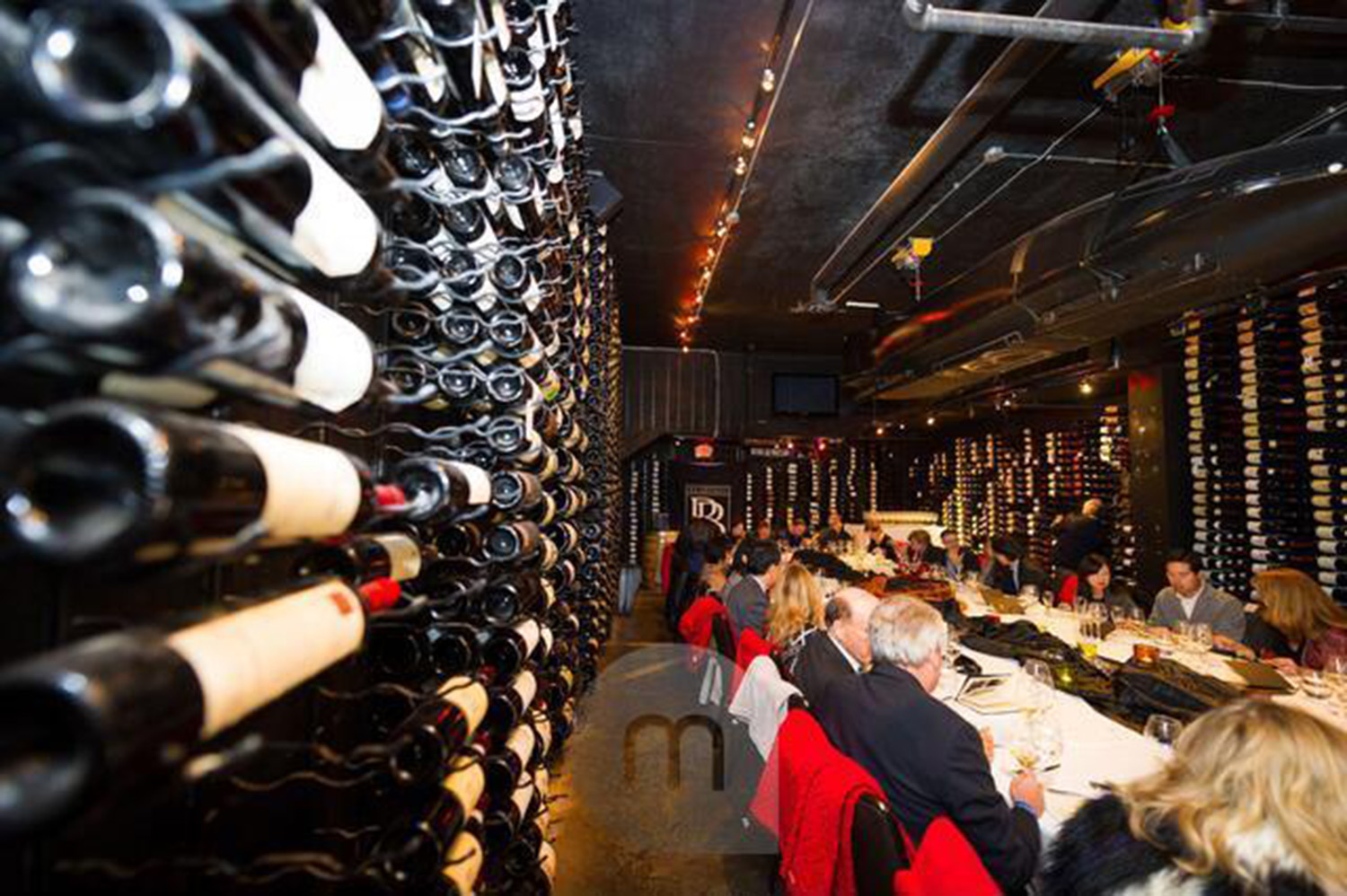 This restaurant is located at lofty heights in the "Rendezvous Lodge" at the top station of the Solar Coaster Express on Blackcomb Mountain. The view is incredible, and so is the food. Served at the exclusive mountain restaurant are scallops, barbecue duck, and crab risotto, among other dishes. Reservations are recommended! whistlerblackcomb.com 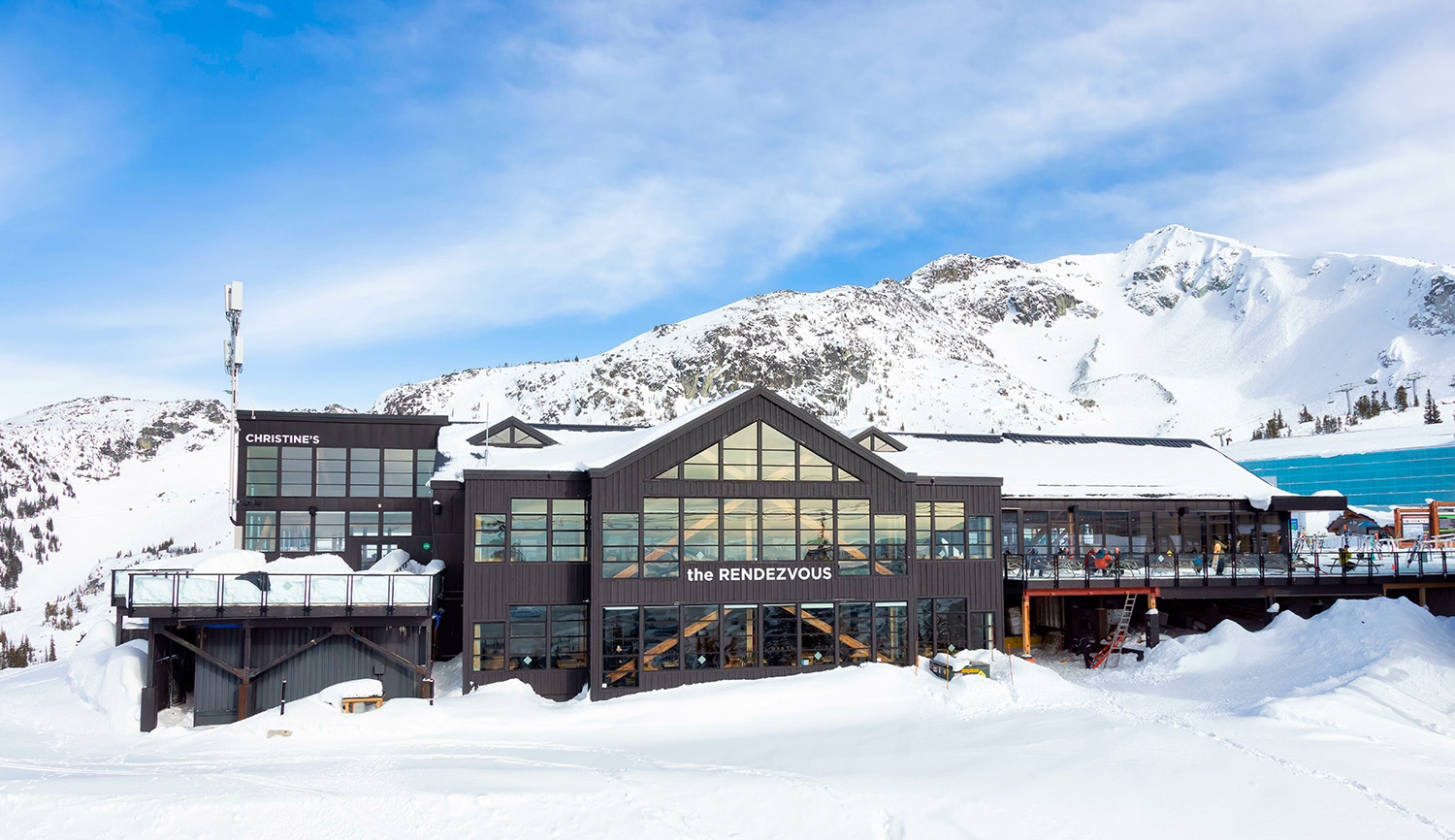 Whether elegant, traditional or fancy: In the Whistler Hat Gallery there is a huge selection of hats of different styles. whistlerhatgallery.com 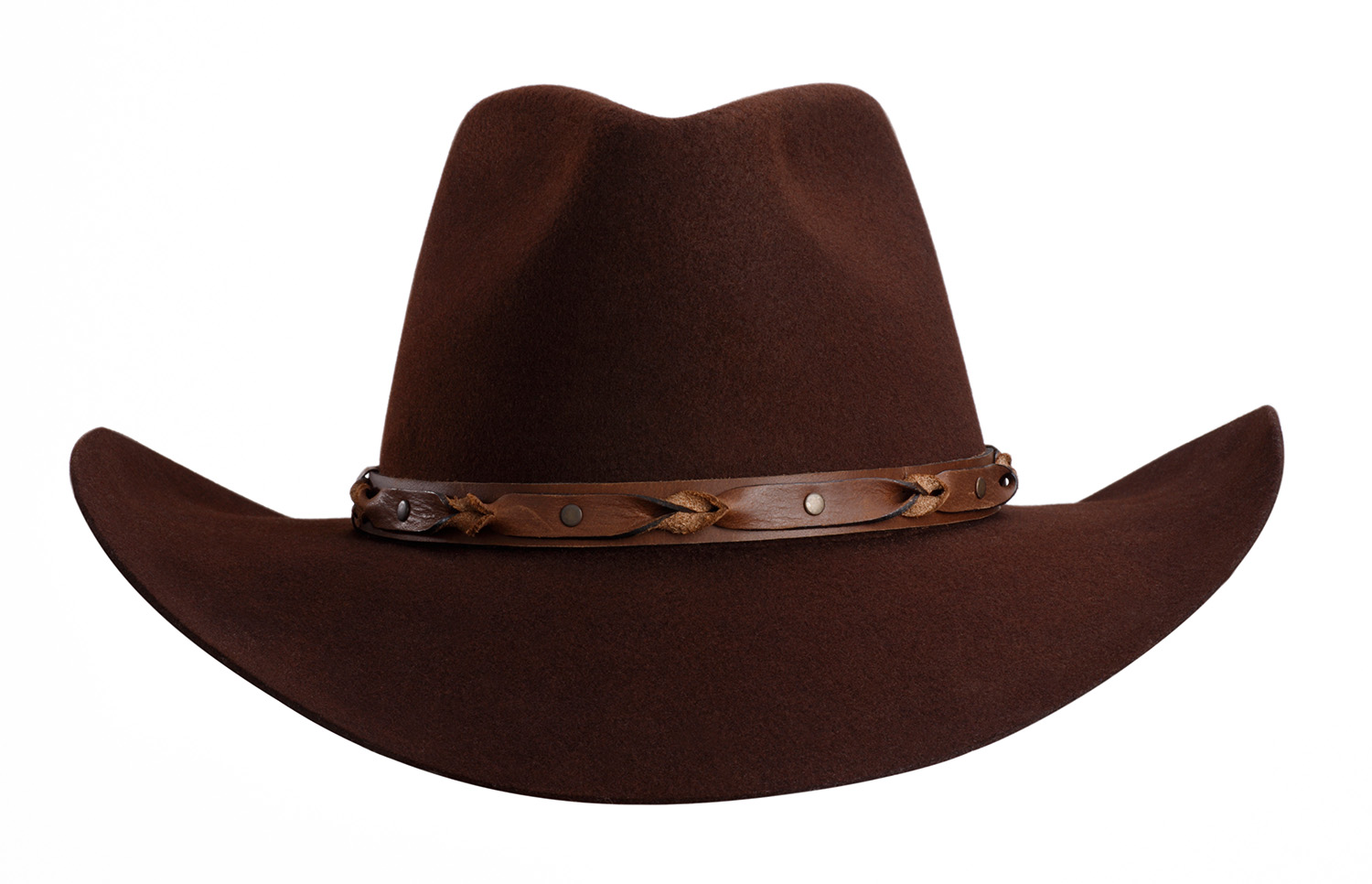 Adventurers (heliskiing and snowmobile tours are a tradition in Whistler), cosmopolitans (who sometimes fly overseas for a ski weekend) and experienced freeriders. A popular deep snow area is the "Secret Bowl".

The Whistler-Blackcomb ski area is the largest in Canada with around 200 kilometres of pistes (of which around 140 kilometres are red pistes) and 23 lifts. The Peak-to-Peak gondola, which connects the two highest elevations, hovers at a maximum height of 436 meters, making it the highest in the world.

Duration of the ski season

With over ten meters of snowfall per year, the Canadian ski resort is considered extremely snow-sure - and if there should be any bottlenecks, state-of-the-art snow-making systems guarantee a smooth ski season from November to May. On the glacier, the lifts run until August.