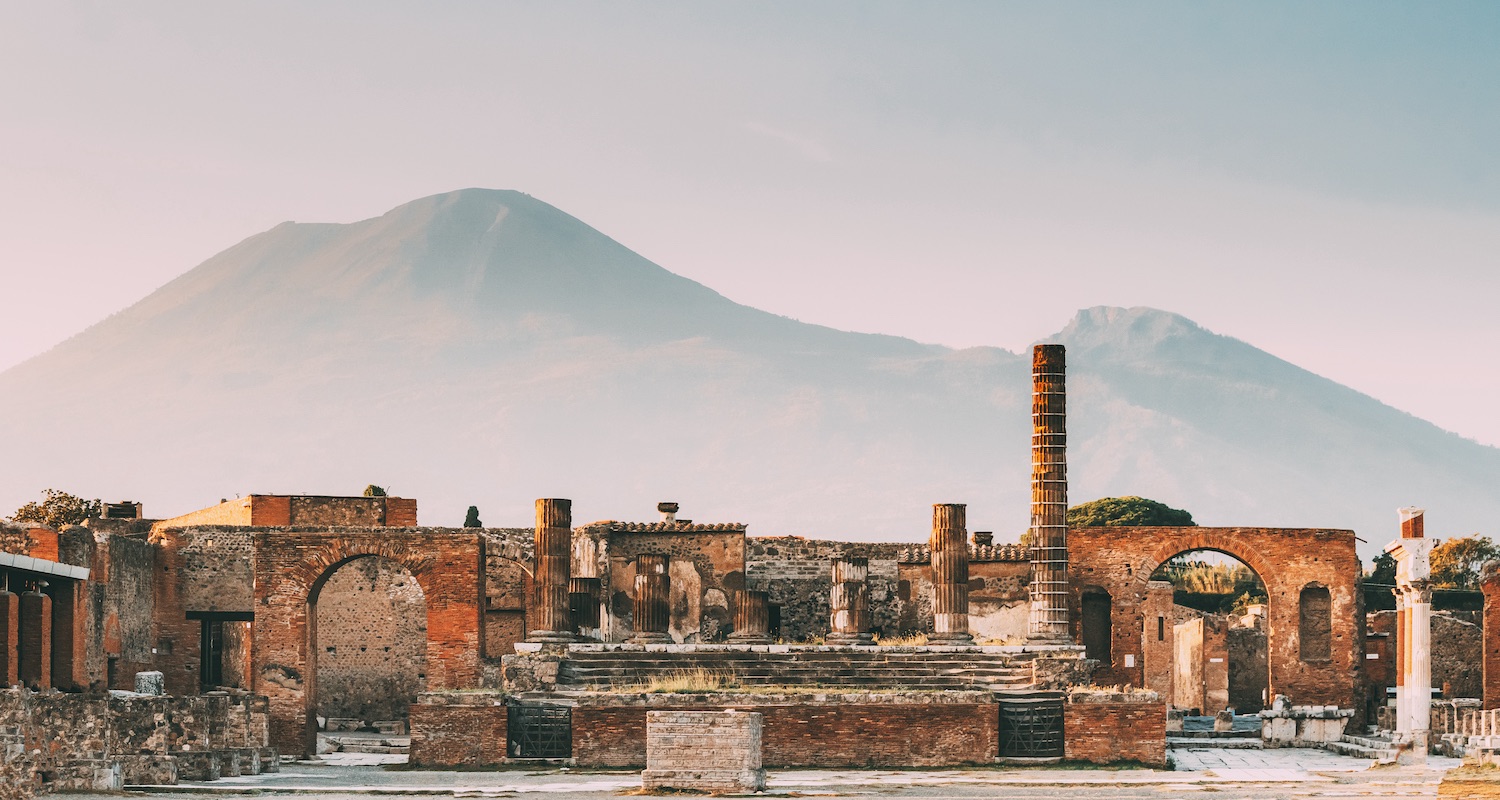 Everyone likes to get a little spooked now and then, especially at the time around Halloween. But more and more people dedicate their vacations to destinations that send more than just a shiver down their spine.

Who doesn't like to watch a scary movie or two in October to get into the Halloween spirit? But some of us enjoy being spooked more than others – even on vacation. Paul is a so-called "dark tourist." Sunny days on the beach aren't really his thing. He prefers it spooky. And as such, he's interested in disaster locations, among other things. In our interview, he told us what's behind the creepy trend.

Paul isn't the only one of his kind – far from it! It's unclear how many dark tourists there are in the world, but it's certainly not a new phenomenon. In the broadest sense, the bloody spectacles in Rome's Colosseum were already a point of attraction for this type of travel. Public executions in the 16th century are another example. In 1815, spectators are said to have traveled to Waterloo to watch the battle up close. Which begs the question, what's so enticing about traveling to see such shocking sights? 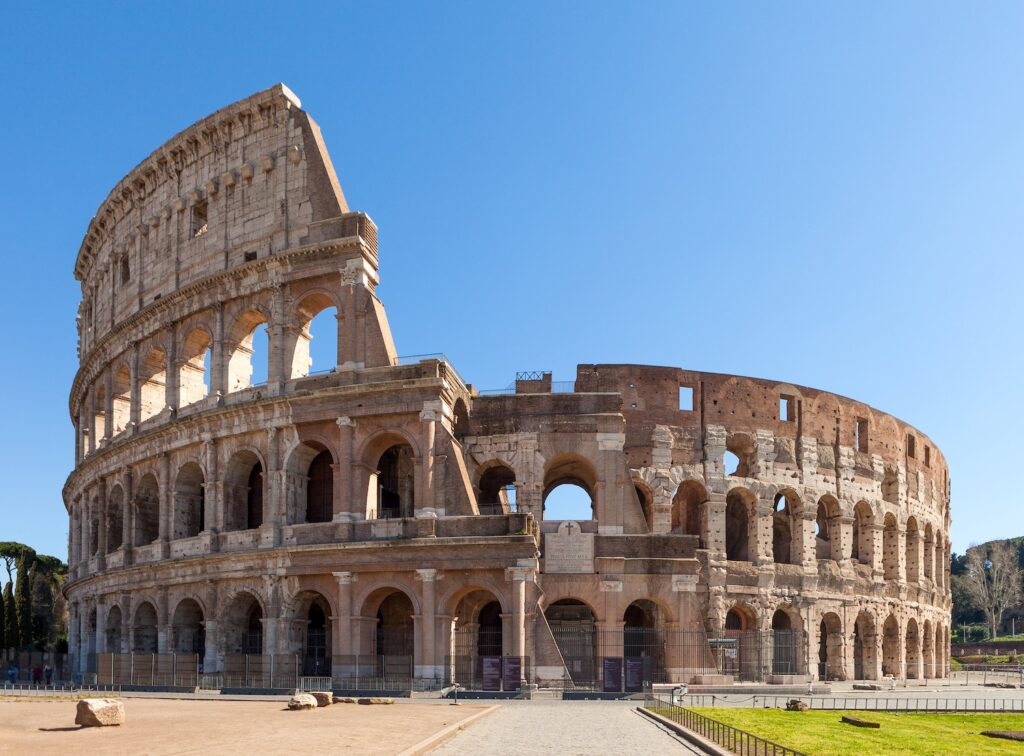 A fascinating structure with a thoroughly gruesome history: the Colosseum in Rome. © Shutterstock

In England, Philip Stone studies this phenomenon. He is the executive director of the Institute for Dark Tourism Research at the University of Central Lancashire. He suspects that the fascination with disaster sites also has to do with the fact that people want to see aspects of their own transience. According to him, people often wonder how they themselves would have reacted in such a situation. Dark tourism could thus also be considered a "training camp" for emergencies.

Of course, the motives are as individual as the people who indulge in the hobby of dark tourism. History buffs can be equally drawn to it as technology nerds, albeit for different reasons. They're joined by people who hold a tremendous fascination for the morbid. There are the curious. And, of course, those who come to remember. And to mourn. 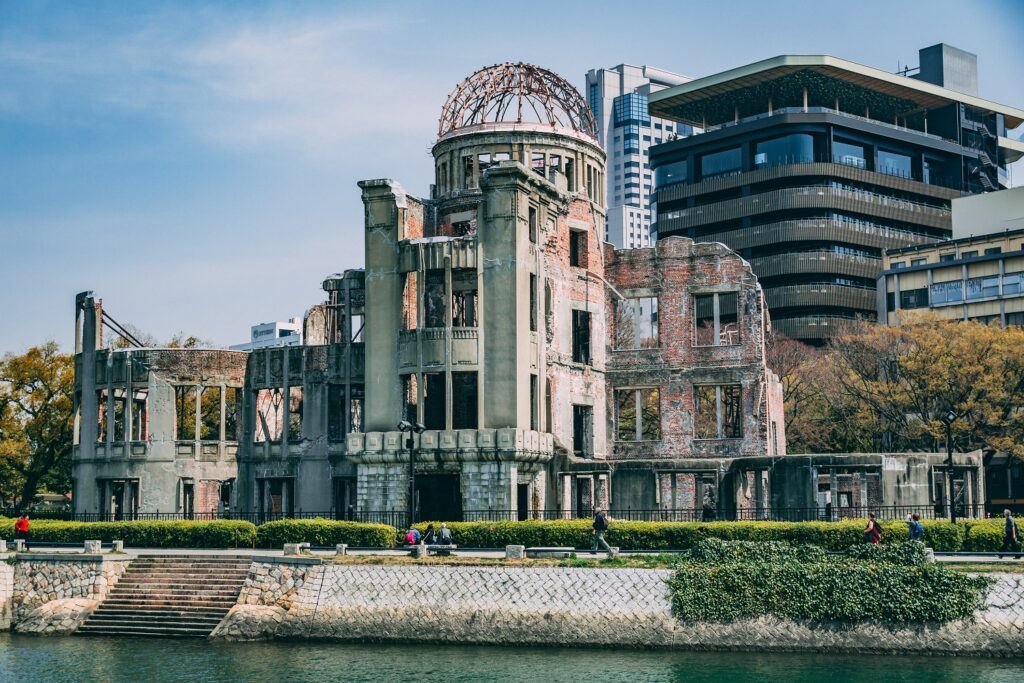 The Hiroshima Peace Memorial in Japan commemorates the dropping of the atomic bomb on the city in 1945. © Unsplash

And Paul? "I think that in a world that is so characterized by superficialities like ours, where everything is always just beautiful, you have to look at the gruesome parts sometimes. It's an incredibly grounding experience." Whatever the reasons for traveling to these grim places, respect is an essential factor. "You don't take family photos in such tragic places. You don't pose for a selfie. You don't joke around," Paul says.

As diverse as the dark tourists are, so are their destinations. They range from abandoned buildings and places that exude a creepy atmosphere to historical destinations and scenes of disasters from the recent past. These five destinations combine modern culture with darker glimpses of history.

What happened: In 79 AD, Mount Vesuvius erupted. It covered the then-thriving city of Pompeii, not far from Naples, with debris, lava and volcanic ash up to 20 meters high. 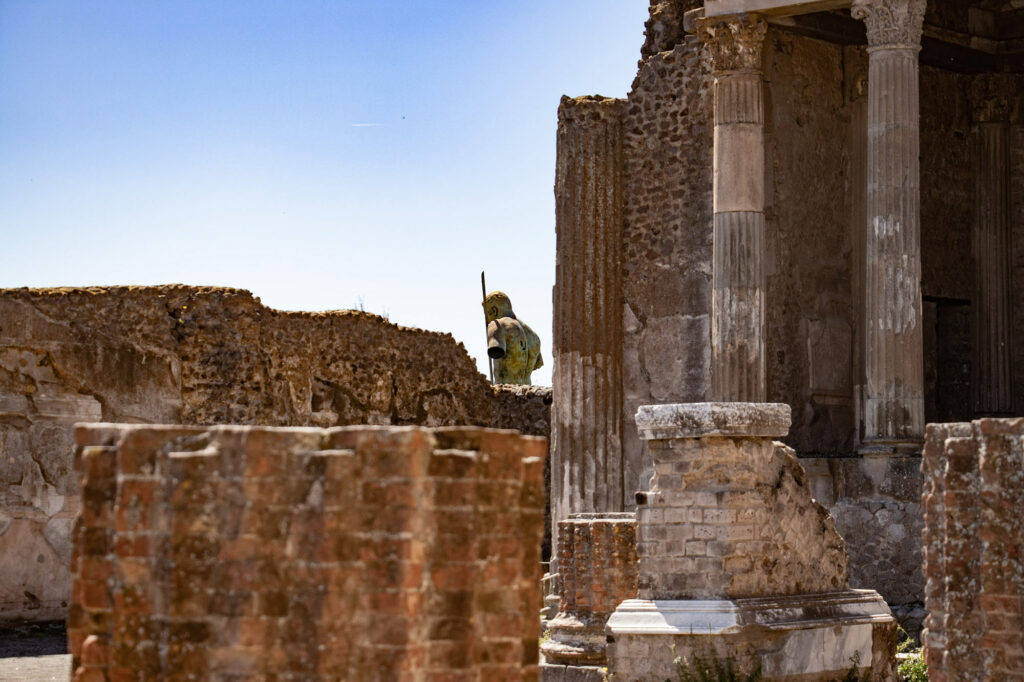 Today, people often forget the aspect of human suffering that lies behind the ruins. People get too lost in the wonder of ancient architecture. © Shutterstock

What remains: Today you walk through the exposed parts of the city and marvel at the remains of villas, streets and restaurants. And also the plaster casts of bodies found during excavations.

What happened: The images of the two planes that crashed into the twin towers of the World Trade Center on September 11, 2001, are still on everyone's mind today. 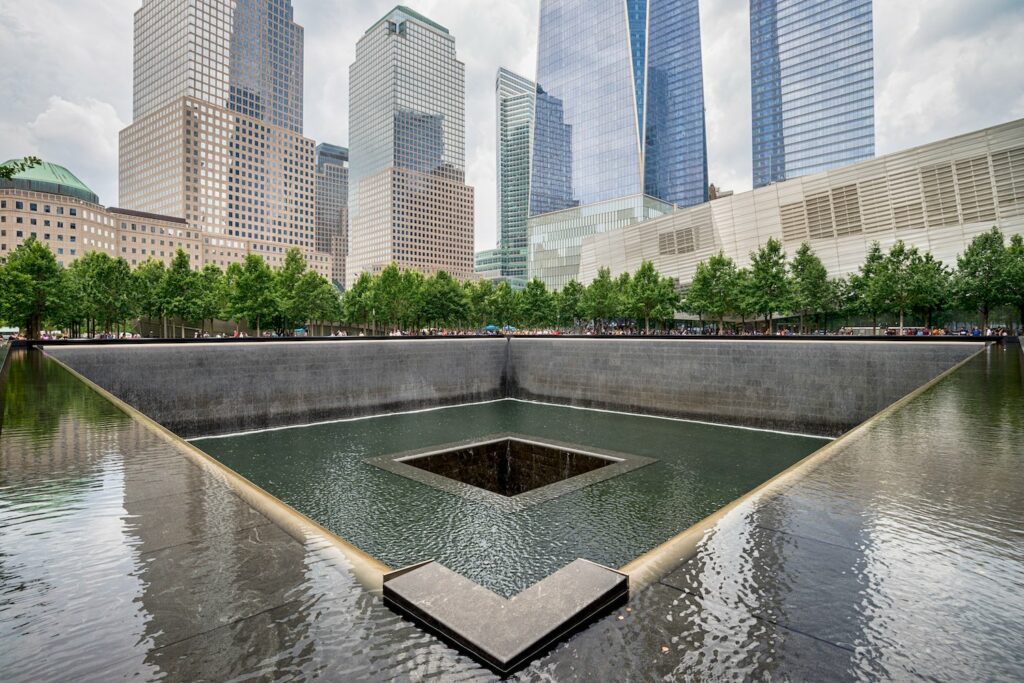 The monument attracts several thousand people every day. They commemorate the victims and heroes of the attack. © Shutterstock

What remains: There's a memorial and a museum on the spot where the towers once stood. The victims and heroes of the catastrophe are commemorated with photos and inscriptions.

What happened: In 1692, a series of arrests and indictments took place in which women were accused of witchcraft. Twenty accused women were executed during the witch trials. 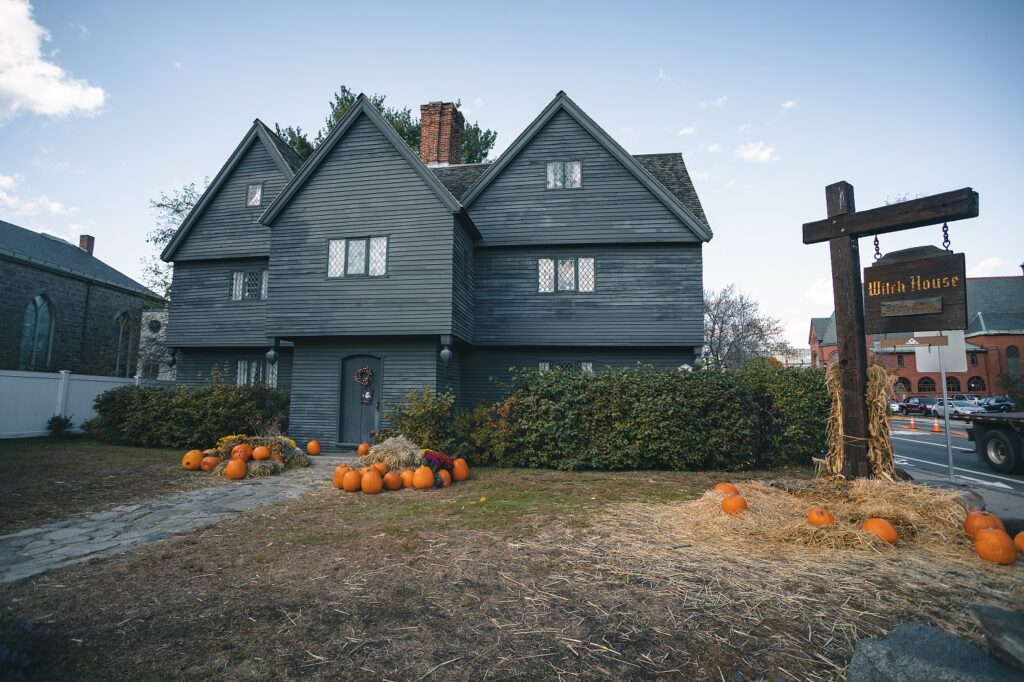 Judge Jonathan Corwin, who played an instrumental role in the witch trials, lived in the so-called Witch House. © Shutterstock

What remains: Salem Village is now home to the Salem Witch Museum. In addition to documents and artifacts from the trials, you can learn a lot about the history surrounding the town. The "Salem Heritage Trail" connects all the important historical landmarks of the city.

What happened: In 1780, Les Saints-Innocents cemetery in Les Halles, the most important burial ground in the city at the time, was closed for hygienic reasons. The bones were then moved to the so-called "Tombe-Issoire", an underground former quarry. 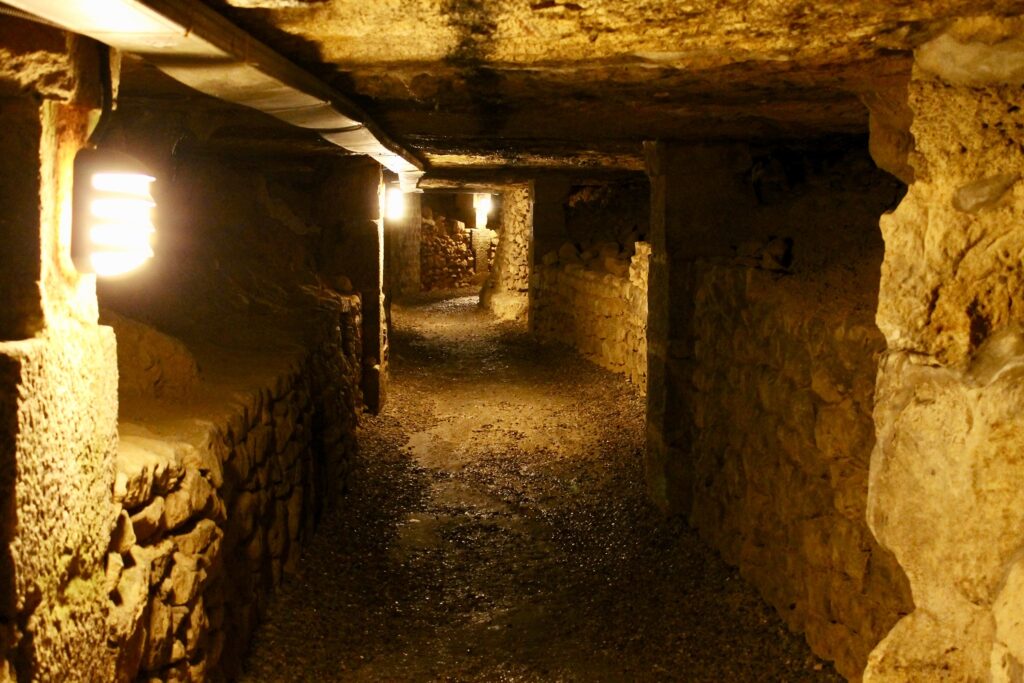 No place for the claustrophobic – with every step, you go deeper underground. © Shutterstock

What remains: One-hundred-and-thirty steps lead 20 meters underground. Along a 1.5-kilometer stretch, you can see the mortal remains of millions of Parisians. In total, the area span s 11,000 square meters.

What happened: In the fall of 1888, the most famous serial killer in history roamed London's East End: Jack the Ripper. To this day, we don't know who was behind the "Jack the Ripper" moniker. 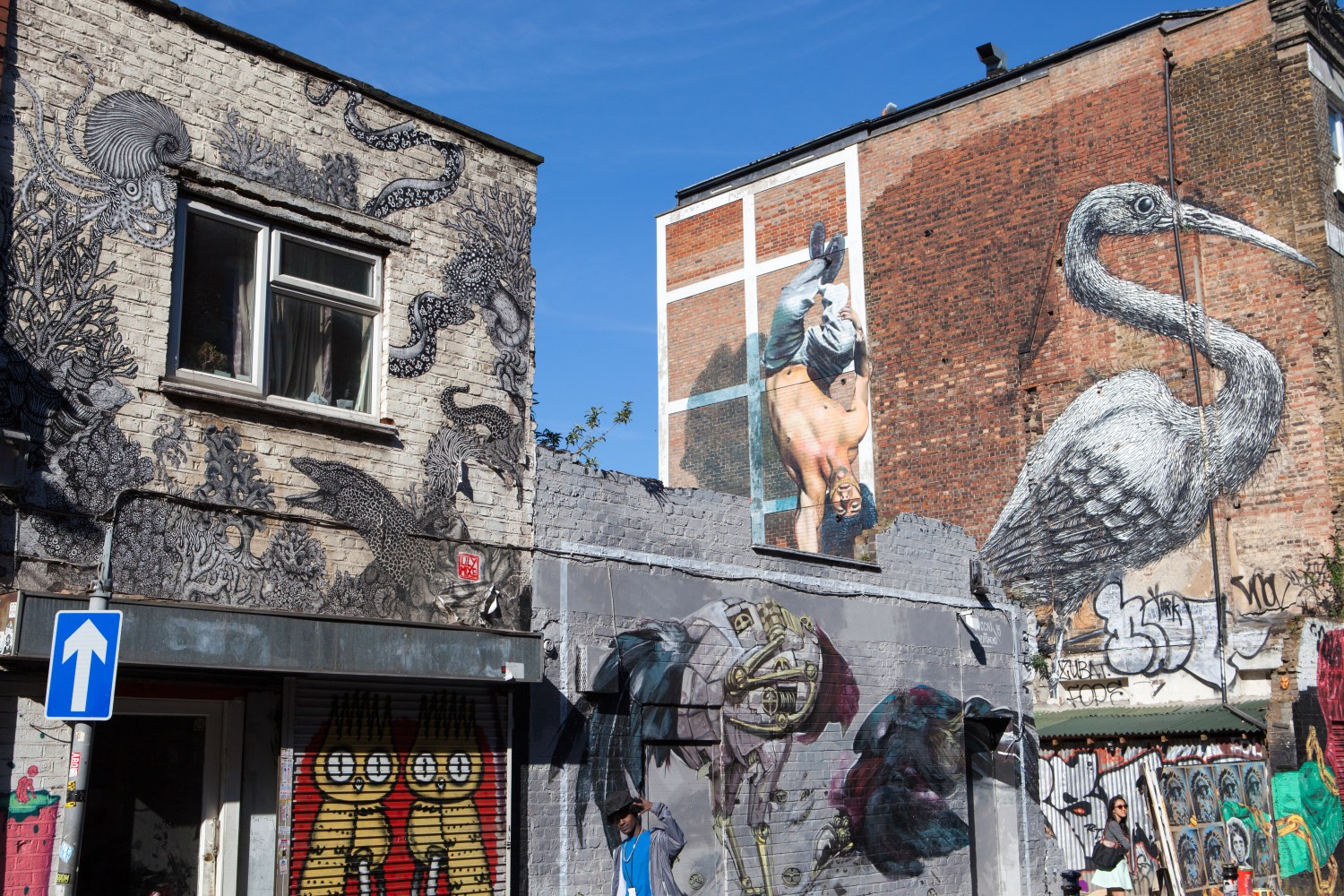 The place where Annie Chapman's body was found in 1888, is now mostly covered in graffiti. © Shutterstock

What remains: Not much, actually. London's East End has also become very hip in places. However, numerous companies offer guided "Terror Walks," where they resurrect the 19th century. They take you to the places where bodies were found and present the various theories surrounding the perpetrators.