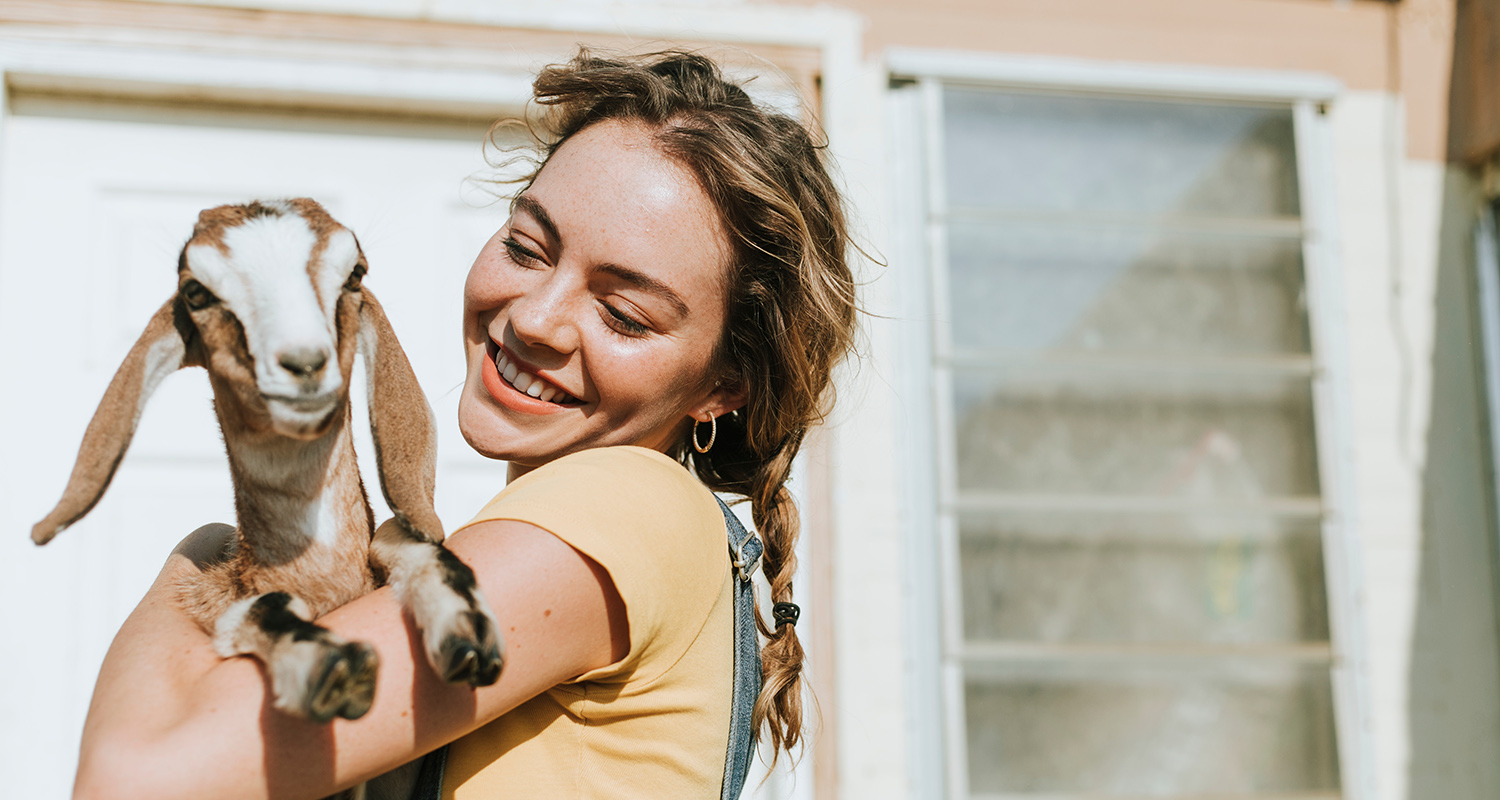 Goat Yoga: Why Celebrities Are Jumping On the Trend

It's the latest hype with celebrities: Goat Yoga! Yogis like Kate Beckinsale and Lizzo are joined on their mats by fluffy little goats. Now Europe is catching on as well. But what are the benefits and where can you do it, too?

Even Cleopatra bathed in goat's milk for the sake of beauty. Today, it's celebrities, yoga and animal lovers who have discovered the little fluffy hoofed animals for themselves: at so-called "Goat Yoga," yogis enlist animal support for their classes in the form of pygmy goats. As part of the exercise, they'll run over your back (and will even let you cuddle them, too).

Stars like Kate Beckinsale, Brooke Hogan, Lizzo, Maren Morris and Tove Lo swear by the new yoga trend from the U.S., and much like other animal variants such as Dogya (where your own dog is allowed to join in), it's finally catching on across the pond as well.

Continue reading: Yoga Vacations – The Most Beautiful Spots in Europe

From the U.S. to Europe

Goat Yoga goes back to 2016. Yogis like Lainey Morse and April Gould, true "goat whisperers," were among the first to take to the yoga mat with goats. For some months now, the trend has also been gaining ground in Europe. In Austria, for example, you can practice the fun yoga variation at as Goat Yoga in Lower Austria or Happy Goat at Lake Faak. 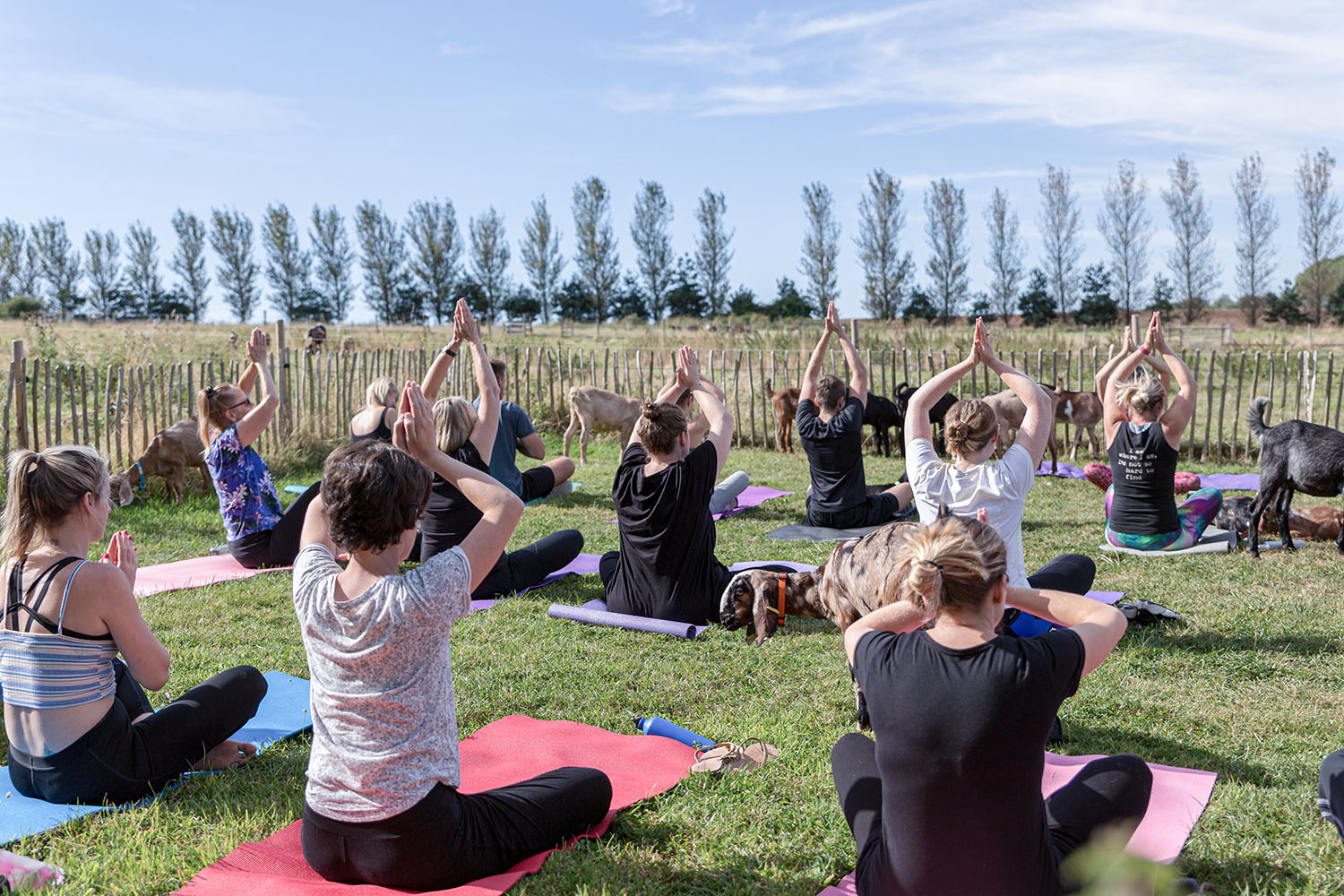 "Goat Yoga integrates small pygmy goats into the practice. So not to worry, you won't be trampled by a big old mountain goat while you're trying to hold your balance in bridge pose. © Shutterstock

The new Hollywood trend is actually quite simple: yoga groups head to the great outdoors where they're met by pygmy goats. During the asanas, the goats are allowed to run around freely. Sometimes the animals jump on the yogis' backs as part of the exercise – or they're just there for some cuddles to alleviate the tension. 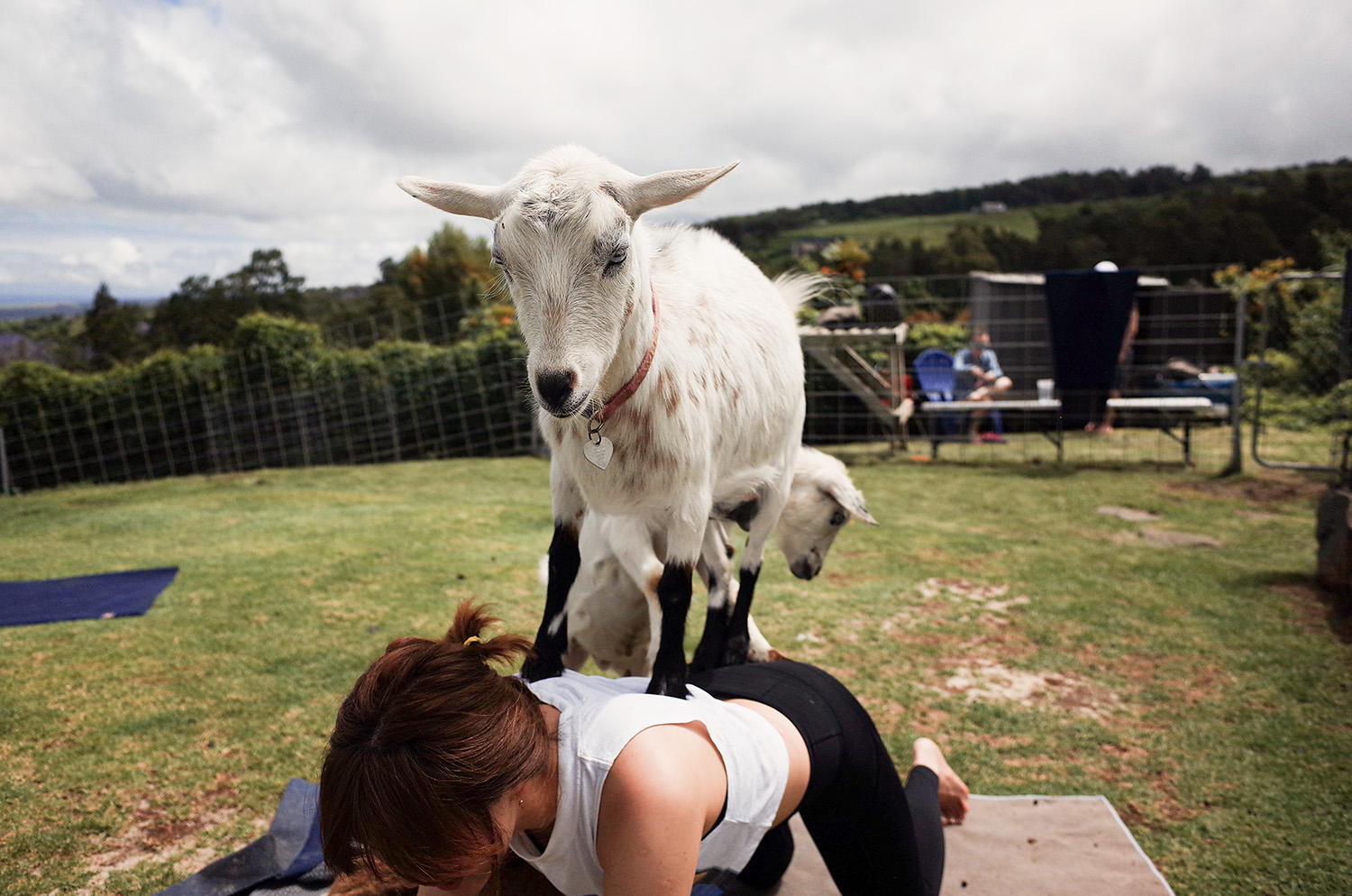 You might wonder: "But why goats?" The answer is actually quite simple – and more than convincing. Proximity to animals has been proven to reduce stress, lower blood pressure and cholesterol levels. Even petting them can have a relaxing effect on our bodies and noticeably brighten our mood via the release of serotonin and oxytocin.

Pygmy goats in particular are extremely friendly towards humans and are therefore often used as therapy animals for children and adults. Physical contact with them through petting and climbing sessions also promotes the production of happy hormones. Thus, a Goat Yoga session is said to be more highly relaxing – with the added bonus of funny photos along the way. 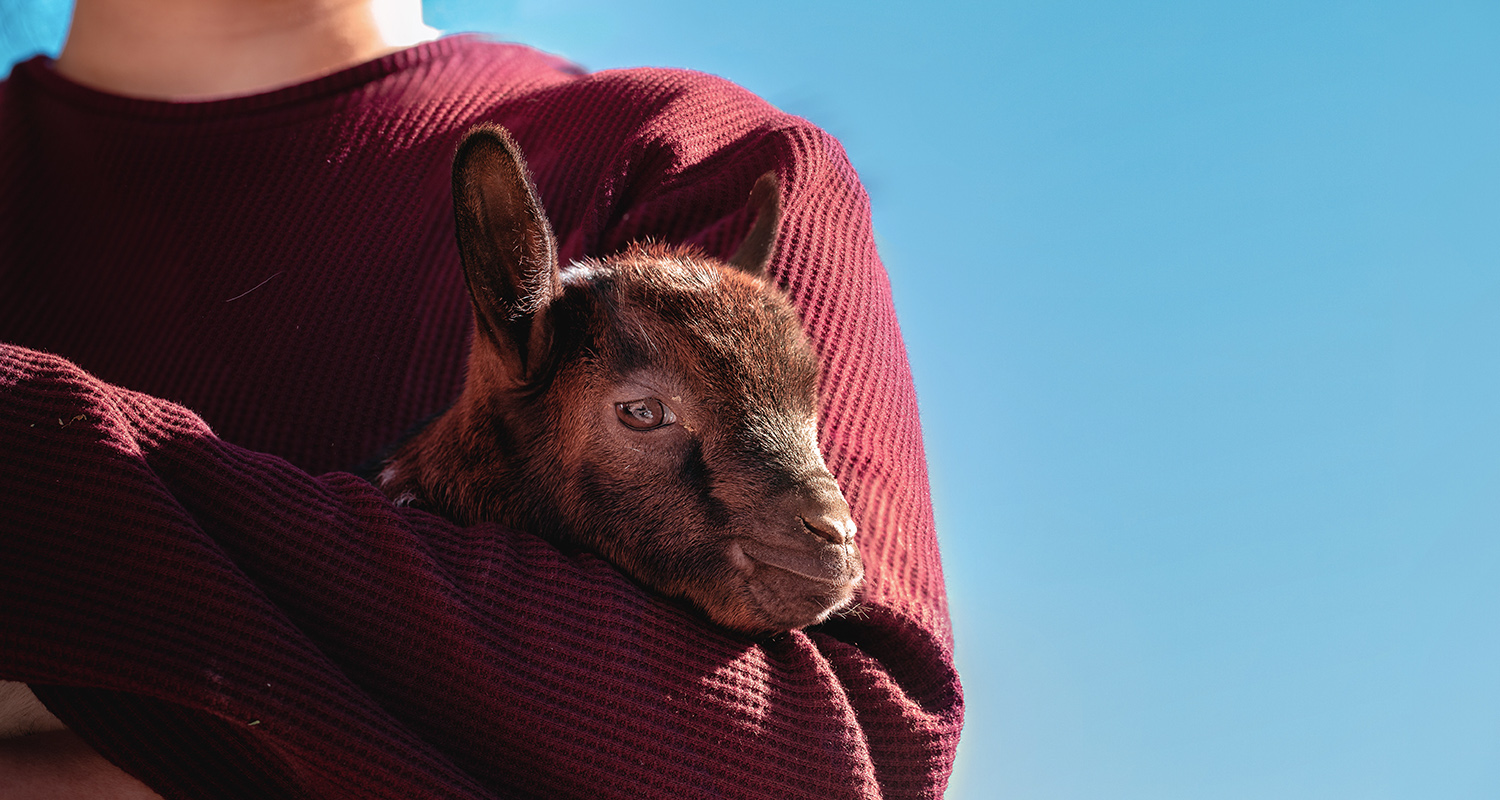 A workout with the added bonus of love and affection. What's not to like? © Hatim KH