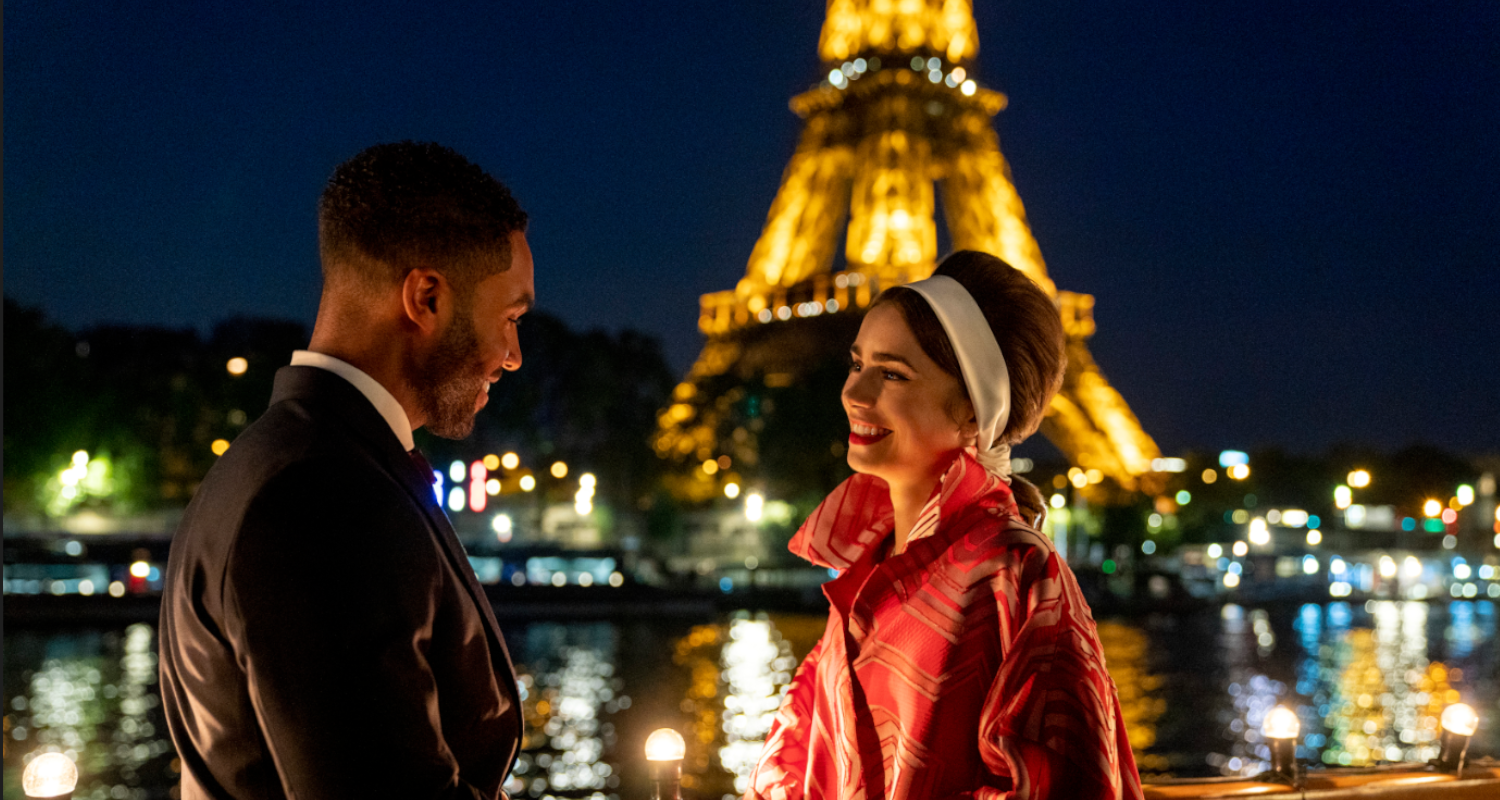 With Emily in Paris: the best spots and places to stay from the hit series

The fans wished, Netflix delivered: as a kind of Christmas present, the 2nd season of the hit series about the young US-American woman who makes it to France will start on 22 December 2021.

When it was announced in May that filming for the Netflix series "Emily in Paris" would be going into a second round, there was great excitement among fans. The story centered around U.S. citizen Emily Cooper, played by Phil Collins' daughter Lily, whose job at an advertising agency brings her to Paris, struck a chord. Airing in 2020, it was a way to explore the city of love, at least on screen, as lockdowns held a stranglehold on the entire world. The romantic storyline, dreamed up by "Beverly Hills, 90210" and "Sex and the City" creator Darren Star, took in some of the city's most iconic sights in Season 1. Now Emily is back for amour and haute couture. More Saint-Tropez, though. Because Emily, Mindy & Camille are packing their bags and heading to the southern French coast. 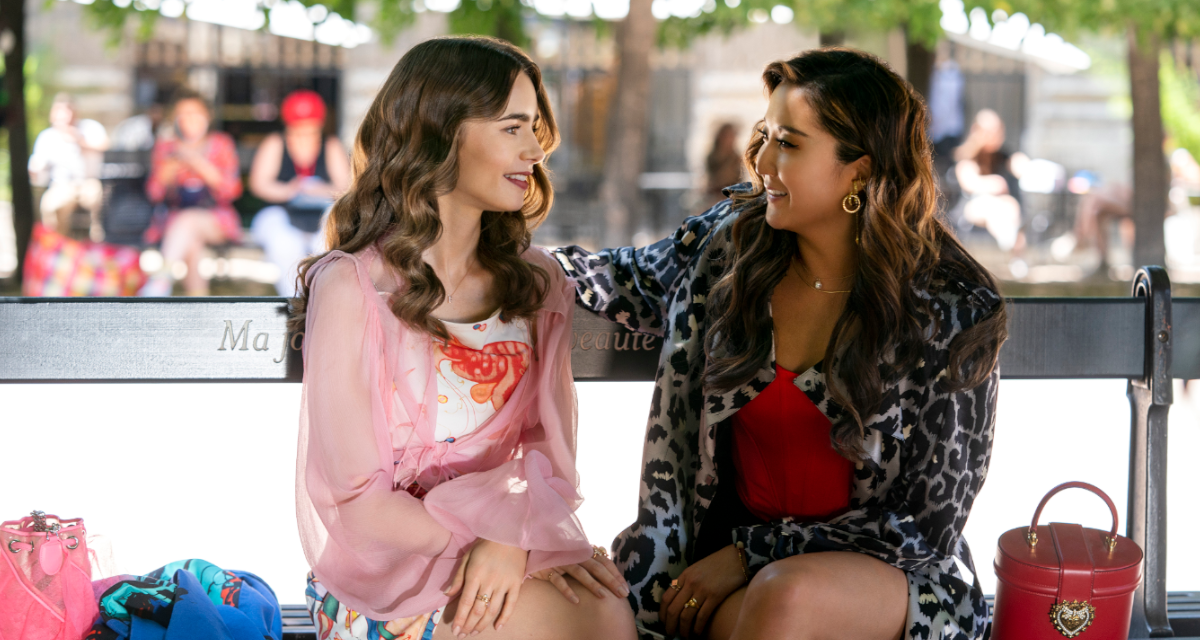 Emily (Lily Collins) and Mindy (Ashley Park) make the Palais Royal's benches the "it" place to be. © Netflix/Stéphanie Branchu

In the coastal town on the French Riviera, famous for its glamour and It factor, the three stroll along the marina. The basic fee for a berth there can cost as much as 2,000 euros. Per day. Finally, they find themselves in front of the famous Café Sénéquier. When the small fishing village of Saint-Tropez became a meeting place for artists, writers and actors in the 1950s, the Sénéquier family was already there. They had been serving their family recipes since 1887: white nougat, tarte tropézienne, and candied fruit. The café's now iconic red terrace offers a magnificent view of the harbour. Emily, who fell head over heels in love with her neighbor Gabriel (Lucas Bravo) in season 1, is supposed to get her mind off things on the Côte d'Azur. After all, Gabriel is not really available. But as luck would have it, a new man suddenly appears. Alfie, played by Lucien Laviscount, is not exactly a sympathetic figure at first. But he still manages to turn Emily's head. Where is this going to lead? To Emily's hotel? It's in a league of its own anyway. The Grand Hotel du Cap-Ferrat was used as the filming location. The luxurious hotel belongs to Four Seasons, offers magnificent views of the sea from its terraces and stylishly elegant suites. Will the often naive Emily know how to behave appropriately in the face of such opulence? One can be curious. 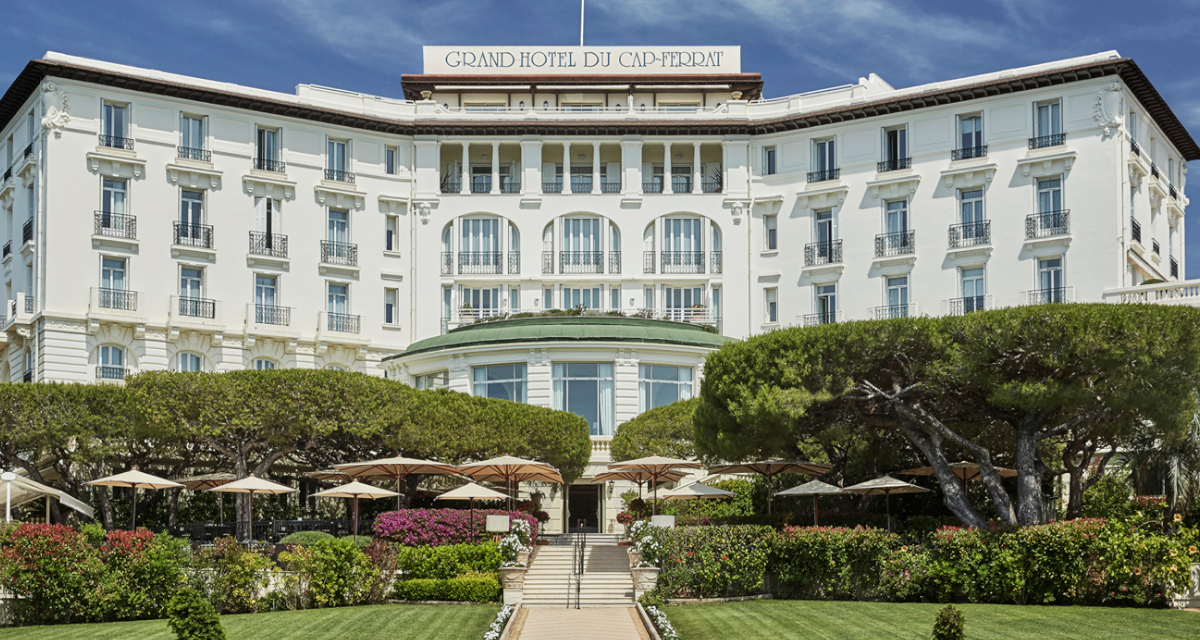 The content of "Emily in Paris" season 2 is traditionally kept under wraps. Also about further filming locations and how many of the ten planned episodes in Saint-Tropez will play, is still little known. What is certain is that in addition to already known cast members, new faces will also be seen. For example, a nightclub owner (played by Arnaud Binard) appears, designer Gregory (Jeremy O Harris) has what it takes to become one of the series favorites. There's no question, however, that the troupe will return to Paris. One of the rare photos from "Emily in Paris" season 2 shows Emily and Alfie in front of the city's most iconic landmark: the Eiffel Tower. 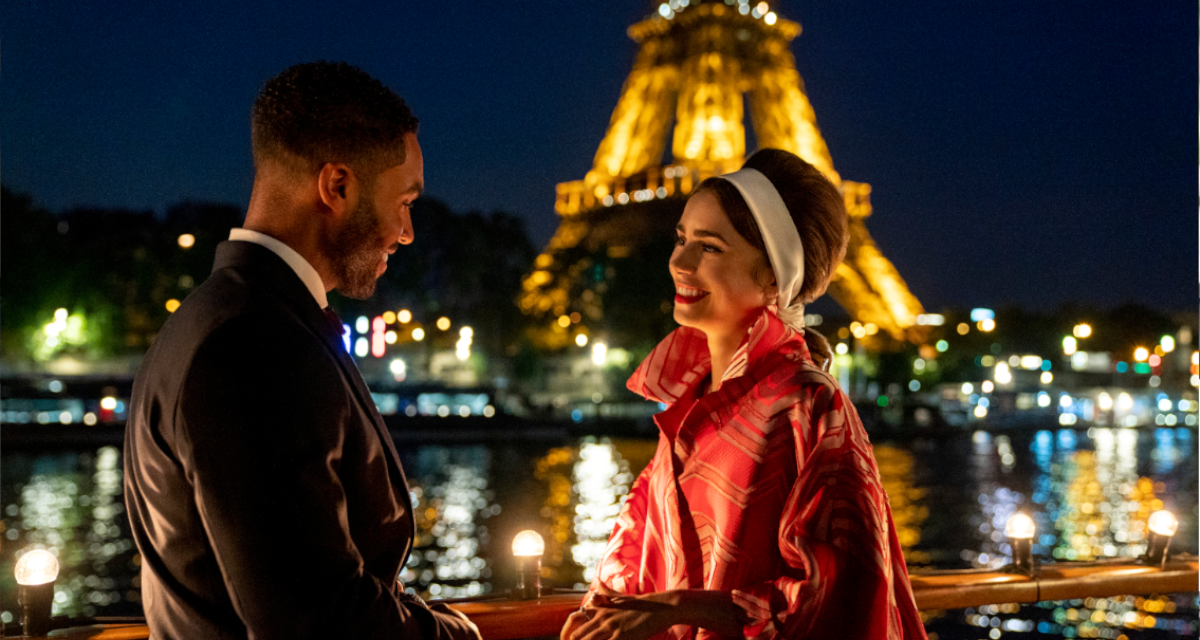 Emily and Alfie don't seem to dislike each other quite so much anymore ... © Stéphanie Branchu/Netflix

Located around the corner from the fictional agency "Savoir", the café delights with its flower-adorned terrace. In the series, it serves as a regular meeting place for Emily and her colleagues.

Said to be the oldest restaurant in the city, this Michelin award-winning eatery is located in the northwest corner of the Palais Royal, where Emily and Mindy often meet on the iconic benches.

The café on Île-St-Louis in the middle of the SEine offers excellent afternoon drinks and unique views of the towers of Notre Dame.

The magic of French pastry - it is revealed to Emily here when she orders pain au chocolat for the first time.

Emily meets Thomas in what is probably the most famous literary café in the city, the Café de Flore in Saint-Germain. Simone de Beauvoir, Picasso and Jean-Paul Sartre have all been guests here. When the latter turned down the Nobel Prize for Literature, he held his press conference at the Café de Flore.

One of the few addresses from Emily in Paris season 2 is the traditional café with the red facade in Saint Tropez.

The hip hotel in Montmartre serves as a lunch spot for Emily. But it also has pretty chic rooms and a stylish cocktail bar.

In episode 6, Emily looks after her guest from America at this luxury hotel from the Dorchester Collection. Viewers catch a glimpse of the haute couture suite with its perfect view of the Eiffel Tower.

In the fifth episode, Emily attends an reception that takes place in this 18th century house. Just a few doors down, also on Place Vendôme, is the world-famous Hôtel Ritz Paris. Coco Chanel once lived here for more than 30 years.

The luxury hotel served not only as a filming location, but also as accommodation for the writers of the 2nd season of Emily in Paris. Since filming took place during the lockdown, the crew had the hotel in Saint-Tropez all to themselves.