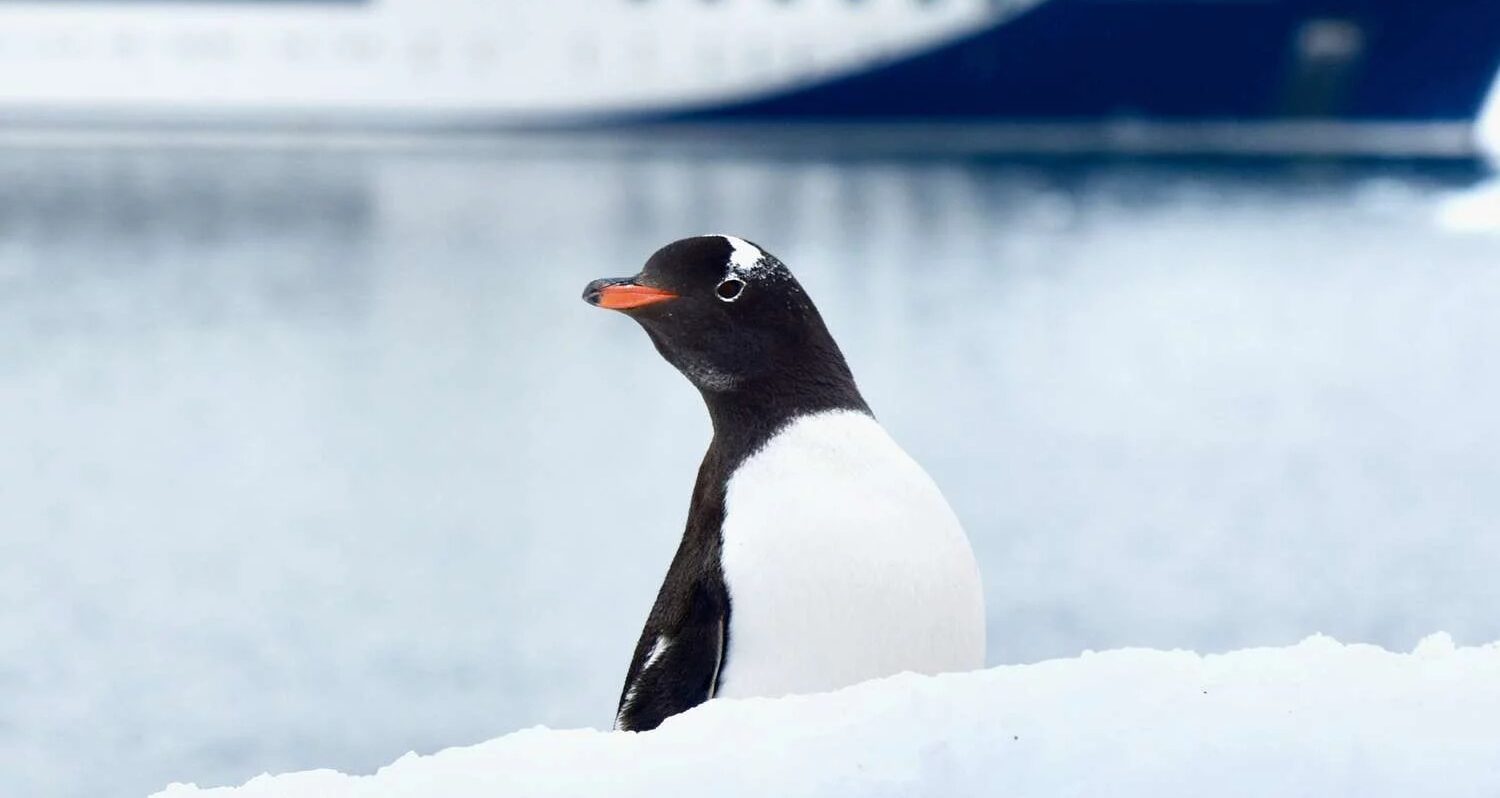 Antarctica: A Journey to the Sixth Continent

The dream destination for discerning travellers

Cold desert or alien planet? As the iciest and southernmost region, Antarctica is still virtually untouched by humans and is therefore a Dream destination for discerning travellers.

Antarctica is a continent of superlatives: it is the most remote, coldest, stormiest and least inhabited part of the world. That's why tourists here experience an unforgettable adventure that definitely belongs on your bucket list! Huge glaciers, majestic icebergs and an exciting animal world - on the exclusive expedition cruise by Ruefa you will meet huge colonies of king penguins, walk amidst gatherings of seals, observe elephant seals and fur seals on lonely beaches, marvel at countless seabirds and look out for the characteristic blow of the humpback whales. Images that will probably remain in our memories forever and remind us why these habitats are so important and worth protecting.

By ship through the Arctic Ocean

The expedition cruise ships usually accommodate 100 to 200 guests and have some ice class. Guests travel ashore to the various landing sites in Zodiacs - reinforced inflatable boats with room for about ten people. Here, weather, wind, waves and ice determine which sites can be approached. The cruise begins in Ushuaia, the southernmost city in the world, at the foot of the Andes directly on the Beagle Channel. Here, visits to museums provide initial information on expedition trips, and the many shops along the main street sell souvenirs as well as equipment for the upcoming voyage. When staying in Ushuaia, a visit to the national park "Tierra del Fuego" is worthwhile - an impressive area of high moors, ponds and a diverse animal world. Even if many visitors think they have already arrived here at the end of the world, Ushuaia opens the door to an unforgettable adventure. 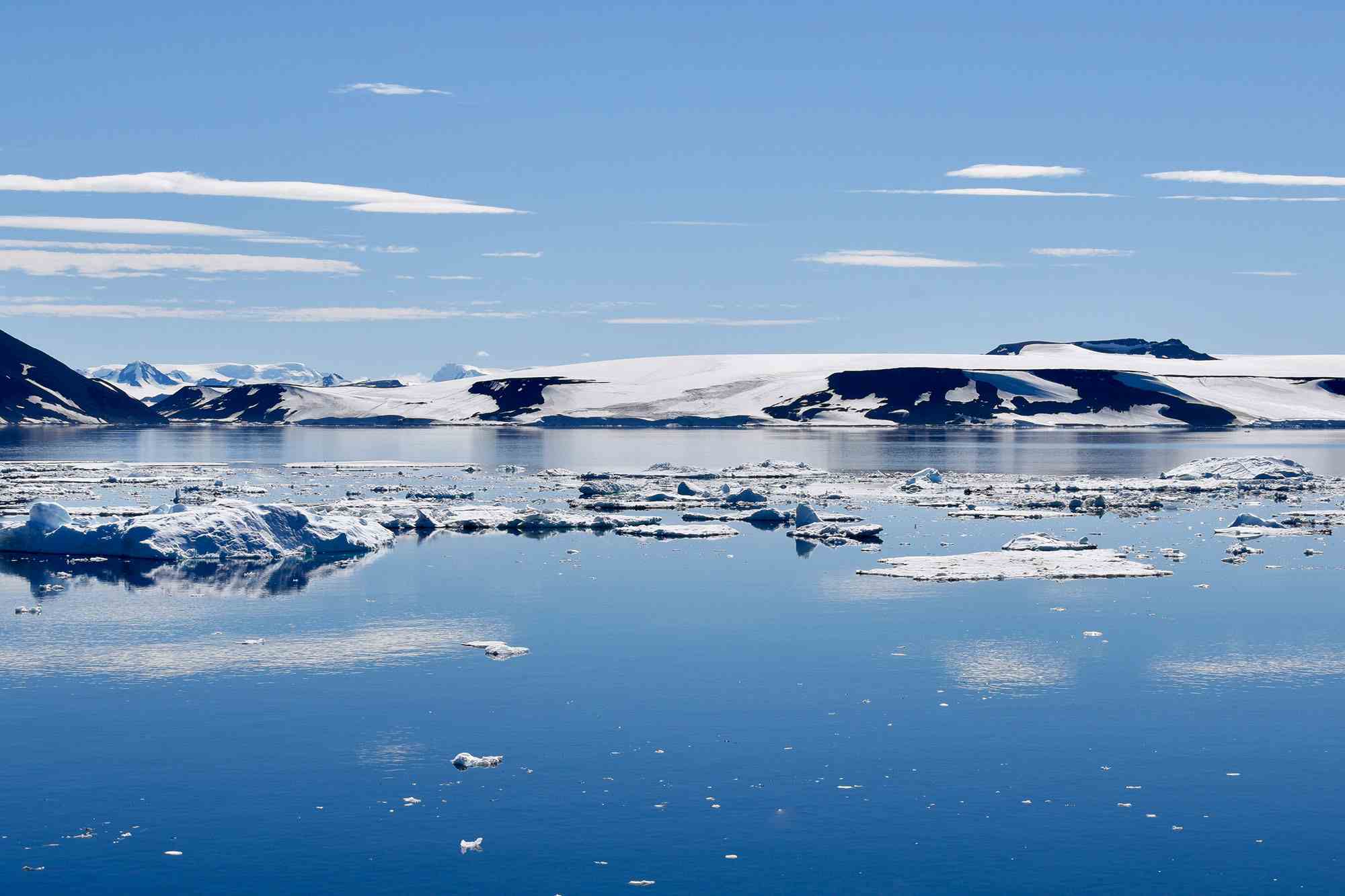 Protected area: Antarctica is not only beautiful, it is also an important habitat worth protecting.

The expedition ship HANSEATIC nature of Hapag-Lloyd Cruises was commissioned in April 2019 and equipped with the latest environmental technologies. 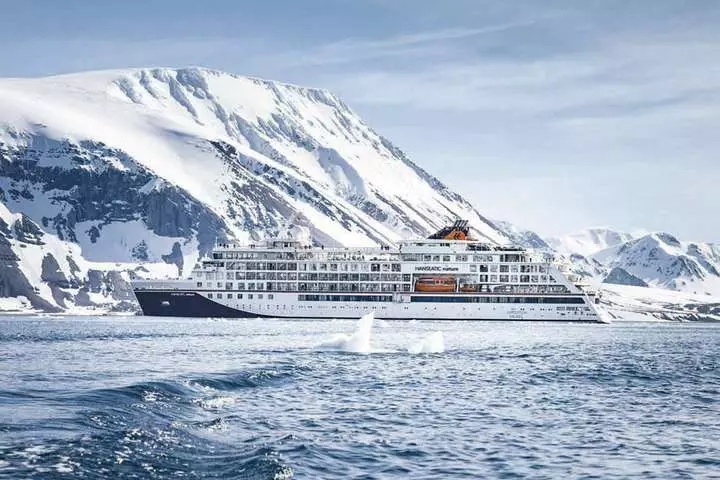 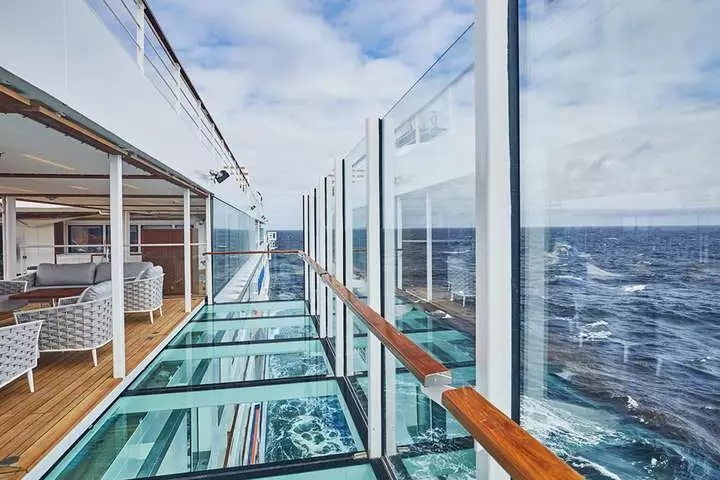 Refuge: With luxurious design and sea views from all rooms, guests experience luxury despite the harsh environment. On the HANSEATIC nature, everything has also been considered to protect the environment.

As moving as the history of the British overseas territory, the bird life impresses as soon as you land on the coast with the Zodiac. With more than 60 different species, including rockhopper penguins, Magellanic penguins and albatrosses, the Falkland Islands are an ornithologist's paradise. The so-called "rockhoppers" - the rock penguins on Bleaker-Island - inspire with amazing climbing abilities, when visiting the capital Stanley a visit to a typical pub is a must.

Here, you'll spend days filled with breathtaking expedition experiences as glaciated peaks and deep fjords on the horizon herald the unique wildlife paradise: Zodiacs are on daily duty to spot king penguins, elephant seals and fur seals. The island is home to almost 200,000 animals, which cover the steep slopes and endless coasts like a carpet: For example, at Salisbury Plain, amidst the birds begging for food, or on the beach at Gold Harbour, where fur seals and elephant seals let nothing faze them.

A special highlight of the voyage is the crossing of Antarctic Sound, when the water is suddenly cut by the fluke of a majestic whale. Here, the deck becomes a box seat for unique natural spectacles on one of the most impressive passages in Antarctica. Every day on board is thus in the spirit of daring pioneers such as Otto Nordenskjöld, who once explored this remote region with great hardship. Just how impressive silence can be can be seen in the Weddell Sea, home to what are probably the most spectacular icebergs - sometimes as high as a house and occupied by penguins, sometimes as a tightly meshed carpet of pack ice. The ice cracks and crunches against the ship's reinforced bow, and if we're lucky, a few elegant Adelie penguins will make an appearance.

Where weather and ice dictate the route, only a real expedition ship guarantees the full Antarctic adventure. Between ice floes and icebergs, in blue-violet light, you become an observer of the most diverse animals in the midst of breathtaking nature. After Deception Island, an island with an active volcano, the ship can enter its caldera through a narrow entrance: Brave guests can dive into the Arctic waters here at a water temperature of two degrees Celsius. The Lemaire Canal is considered one of the most spectacular ship passages in the world: Mountains up to 1000 meters high flank the waterway, the narrowest part is barely 700 meters wide and at the southern end there are some islands with colonies of gentoo penguins, which can be observed breeding and feeding.

An intense encounter with Mother Nature

Apart from the unique conditions, it is above all the animal world that leaves a lasting impression on such a trip. Due to the low contact with humans, many of the animals do not know any shyness and so it comes again and again to particularly exciting close experiences. 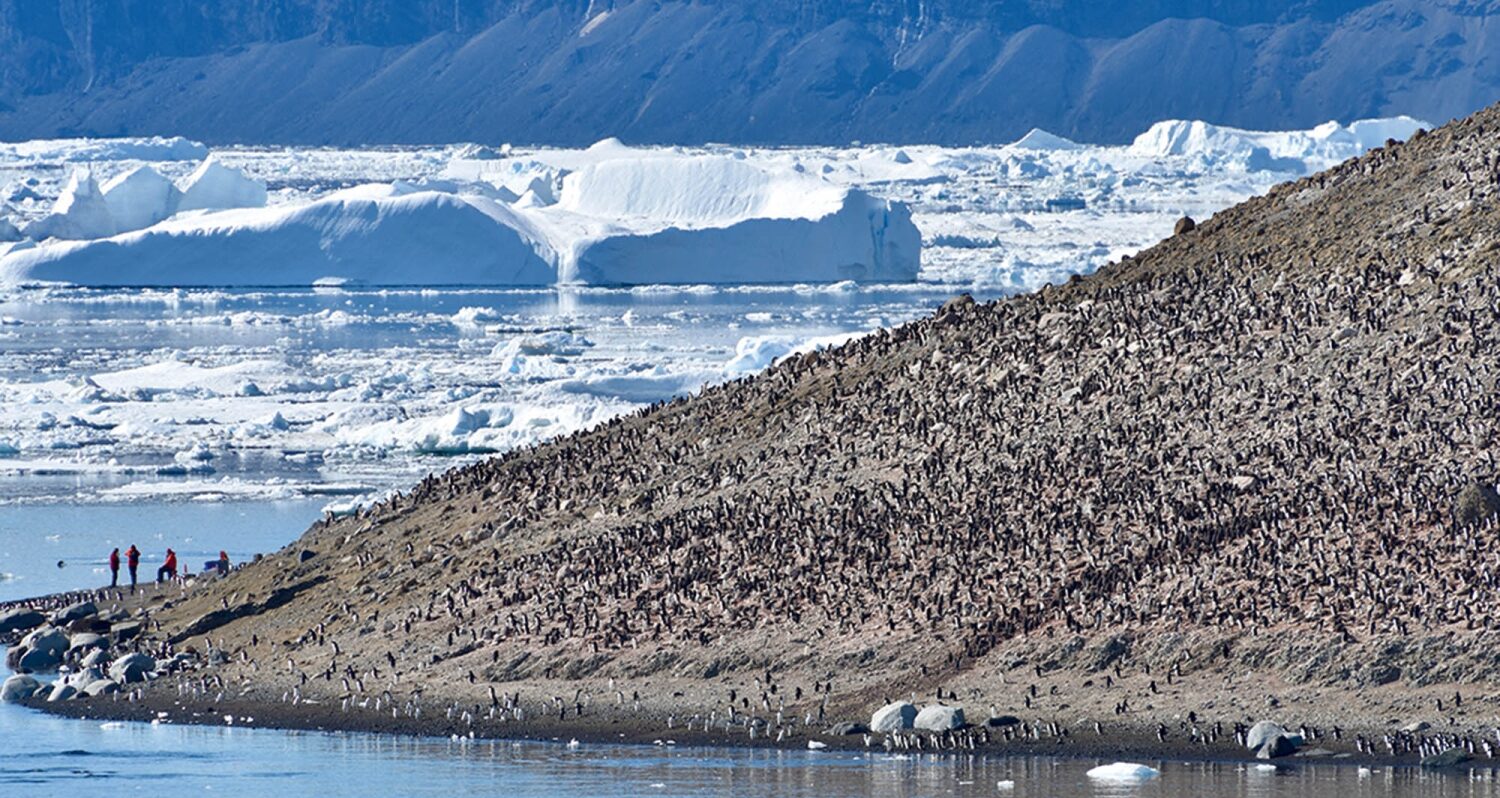 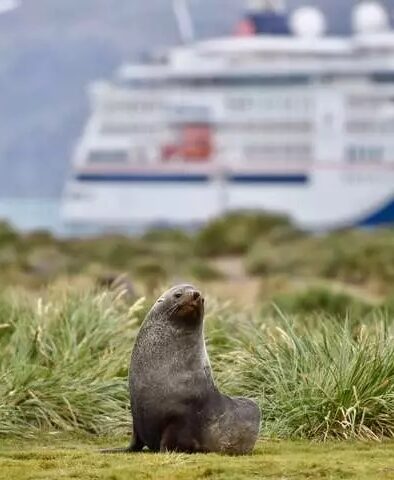 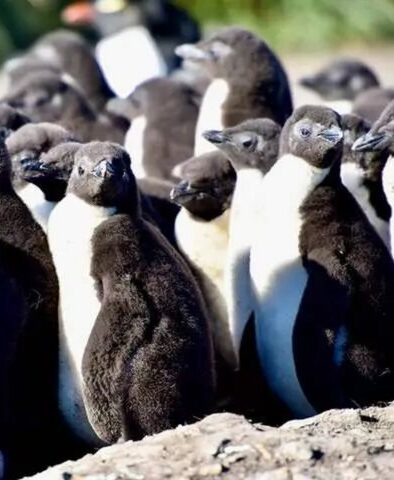 Animal show: Besides penguins and seals, whales can also be spotted with a bit of luck.

The next expedition trip will take place from 1.2.-21.2.2022. Free cancellation until 31.3.2021! You can find more information about the trip and booking at ruefa.at/antarctica or at the Ruefa travel agency near you.