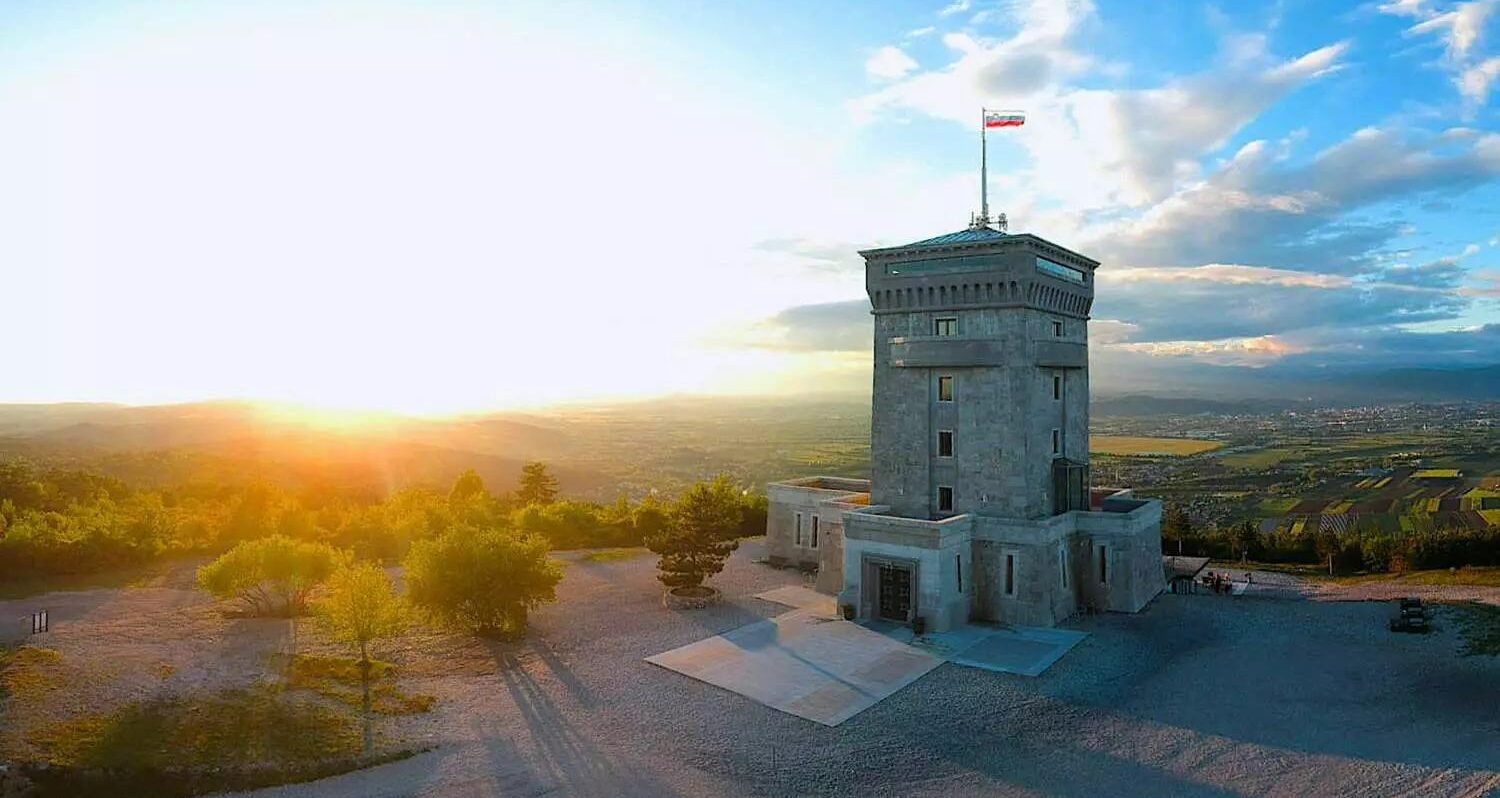 The Slovenian Karst- A holiday region for real connoisseurs

The natural heritage over the Gulf of Trieste

Rich in stone, colourful and Mediterranean. In the southwest of Slovenia lies the Karst with its world-famous natural and cultural heritage high above the Gulf of Trieste. Those who want active time out and excellent Culinary will find unique opportunities to relax here all year round. Safe holidays in the countryside, just a few hours away by car.

The proximity to the sea, the pleasant Mediterranean climate, the untouched nature and the many possibilities for activities: The Slovenian Karst delights with its beauty in every season.

Anyone visiting the Karst simply must try one of the many culinary delights of the region. First and foremost, the famous Karst ham and other fine dried meat specialties. These go perfectly with a glass of Teran, a typical wine of the region. Visitors can enjoy ham and wine directly in the rustic farms.

In addition, the local chefs inspire in spring and autumn with asparagus and different wild plants, from which they conjure up aromatic dishes. In addition to the down-to-earth Karst cuisine, there is also high-level cooking: two chefs have been awarded by Michelin, two restaurants belong to the Jeunes Restaurateurs d'Europe.

The usual mass tourism does not exist in the Karst. Instead, the locals welcome guests in small boutique hotels, on tourist farms, in lovingly designed holiday apartments and rooms. For example in the Hotel B&B Kogoj. The Slovenian Karst is also committed to sustainable tourism. Thus the Biohotel St. Daniel one of the certified "green" accommodations. 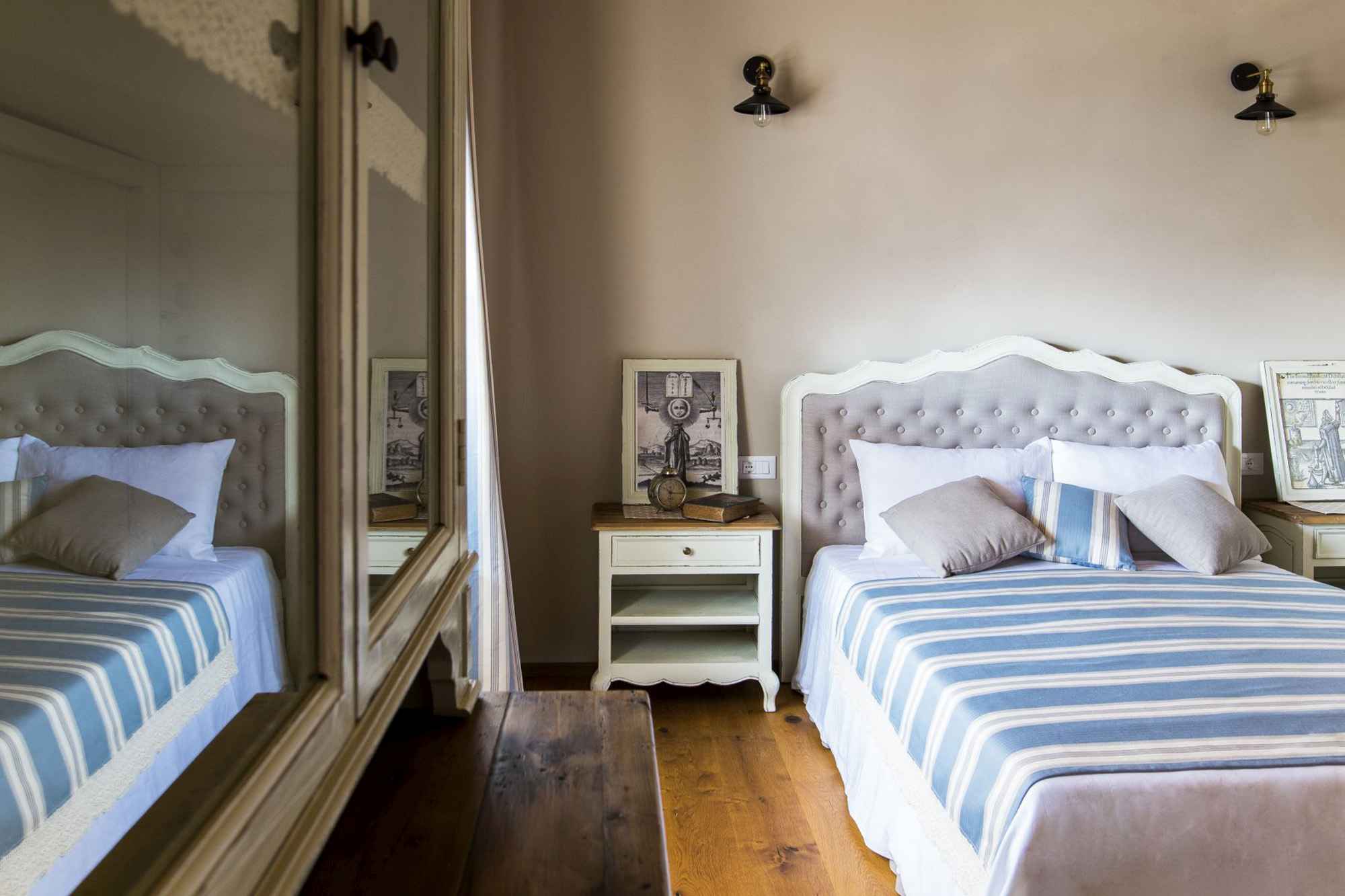 The Škocjan caves belong to the UNESCO World Heritage Site and are an unforgettable natural experience for visitors. The amazement of one of the largest underground canyons in the world and the abundance of stalactites is great. The first part of the cave is underground along the Reka River. The path in the Hanke Canal, which is open to visitors, is brand new. This is along a more than 120-year-old path through the narrow water channel with spectacular views. 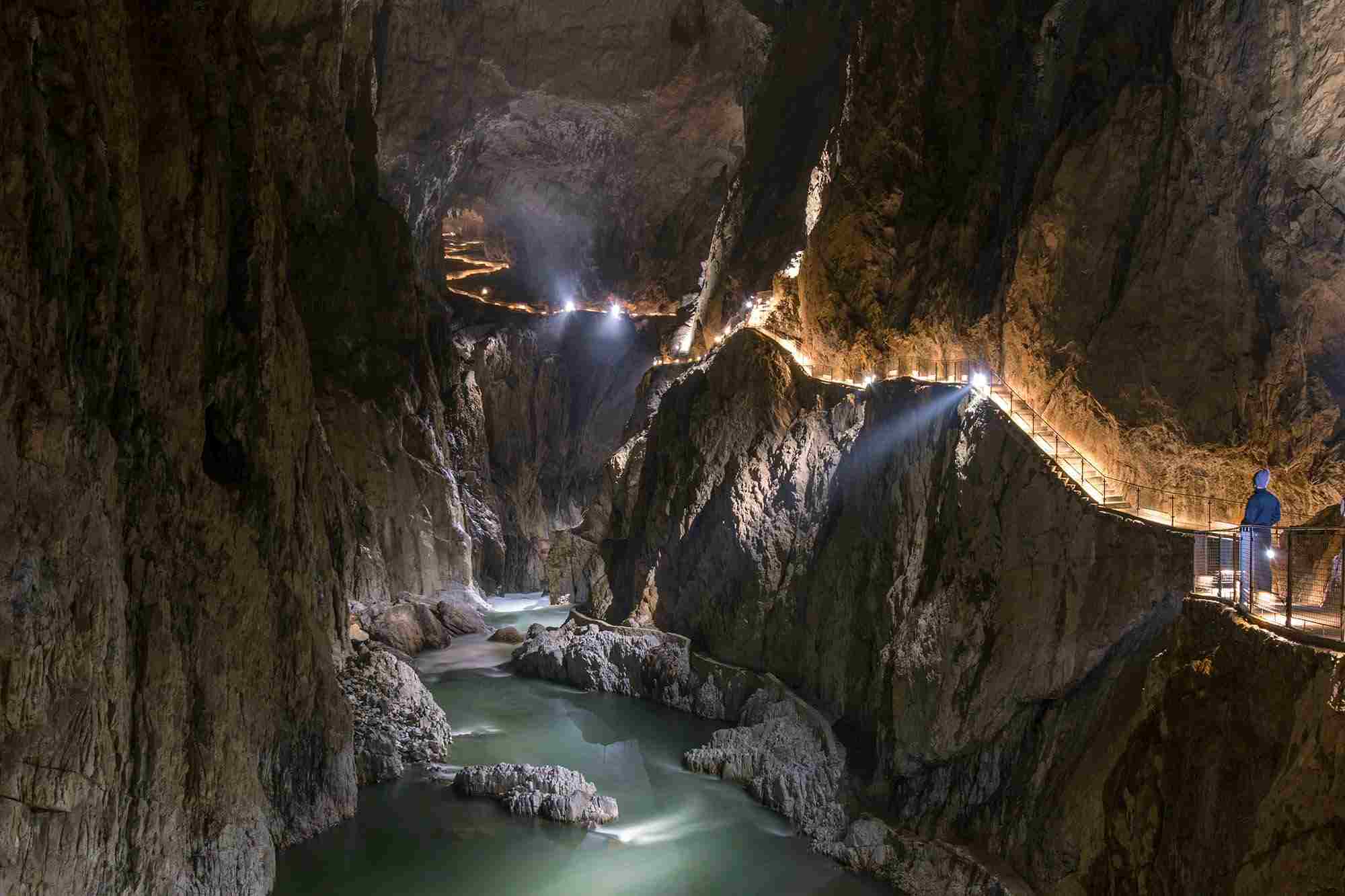 The Škocjan Caves are among the largest underground canyons in the world.

Wine route in the Karst

Wine lovers follow the Wine Route, which connects over 170 suppliers of local delicacies. Here, too, the red wine Teran and the ham play the leading role. Many of the products produced are now protected as origin. Time and again, people celebrate together along the Wine Route on holidays or at events. Throughout the summer there are tastings, guided tours of wine cellars and culinary experiences. 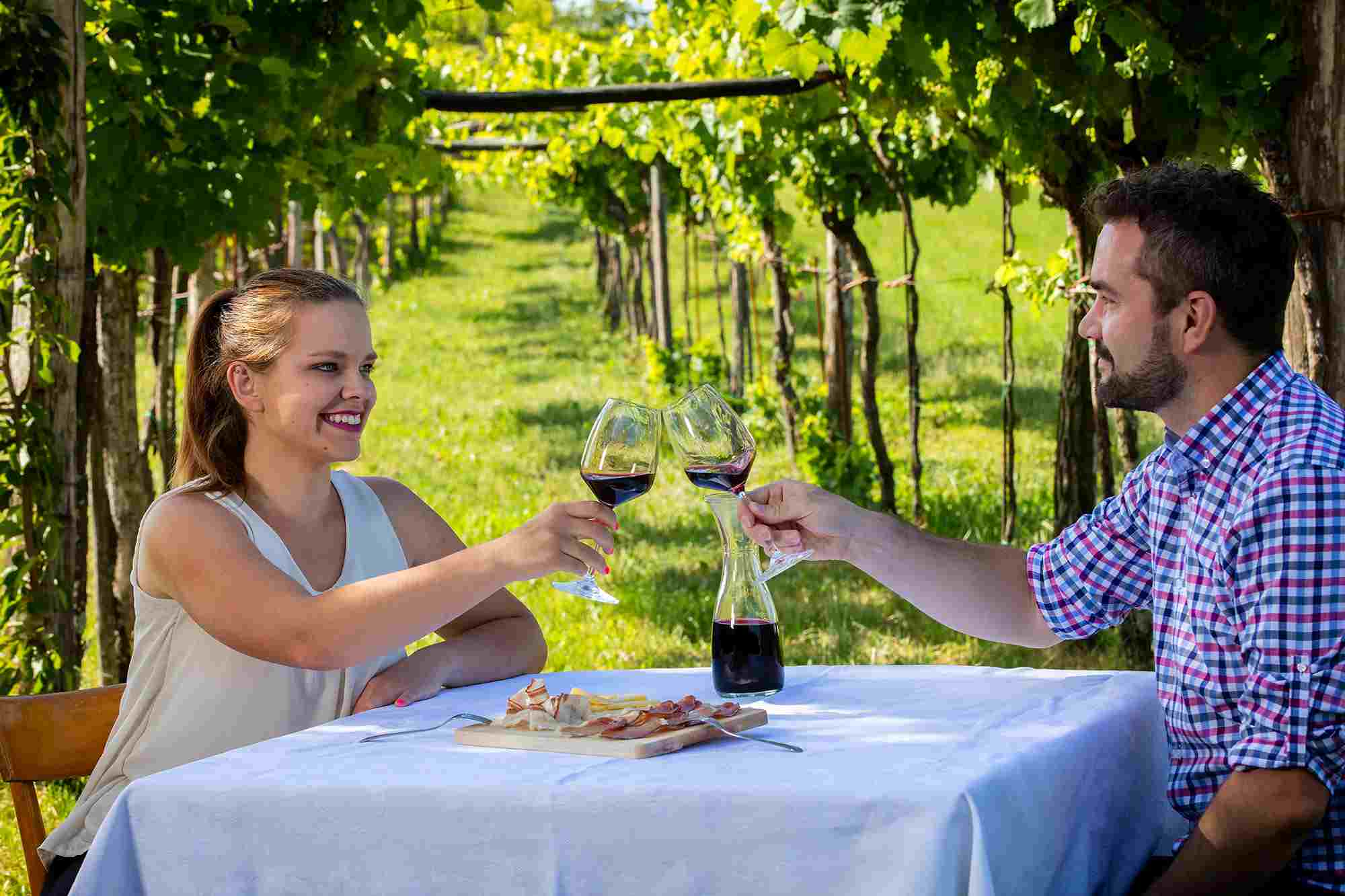 Especially the Slovenian wine route is worth a visit!

The cradle of the Lipizzaners

The Lipica Stud Farm is considered the oldest European stud farm that continuously breeds the same breed of horses. Lipizzaner horses embody the pride and tradition of the Slovenian Karst. The beauty and skill of the white horses can best be experienced at one of the riding school's demonstrations. In addition, there are many other experiences to be had at the stud farm - from guided tours to exploring on your own. Ideal for a full day trip or a stay of several days. 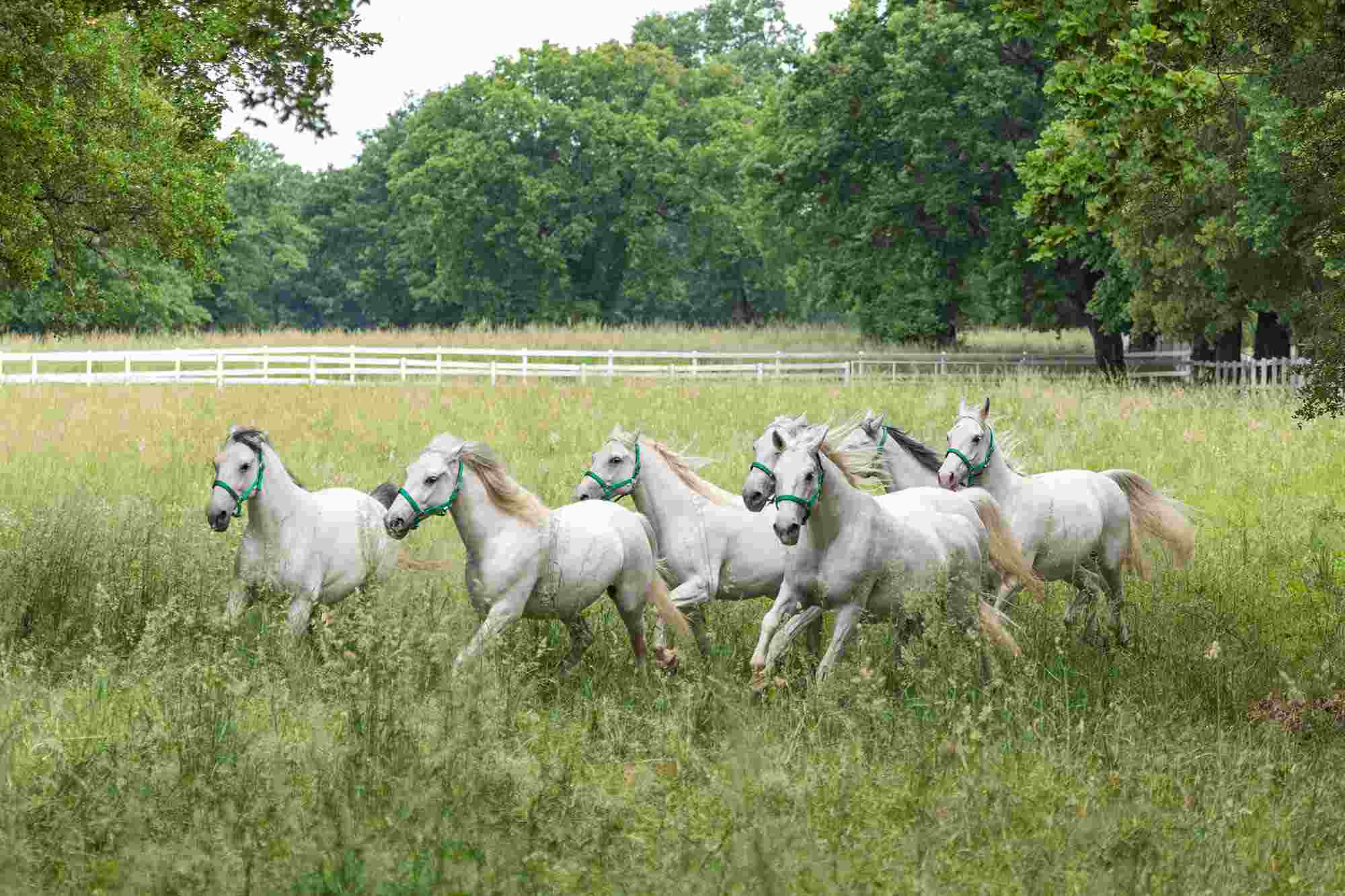 Lipizzaners in Slovenia are considered the pride and tradition of the country.

Nature experiences in the countryside and in the lavender fields

Today, more than 300 butterfly species live in the karst. One of many examples of how the Karst preserves its extraordinary biodiversity. If you want to immerse yourself in the countryside, book a day at the farm. And the flowering lavender fields are also a highlight for many. 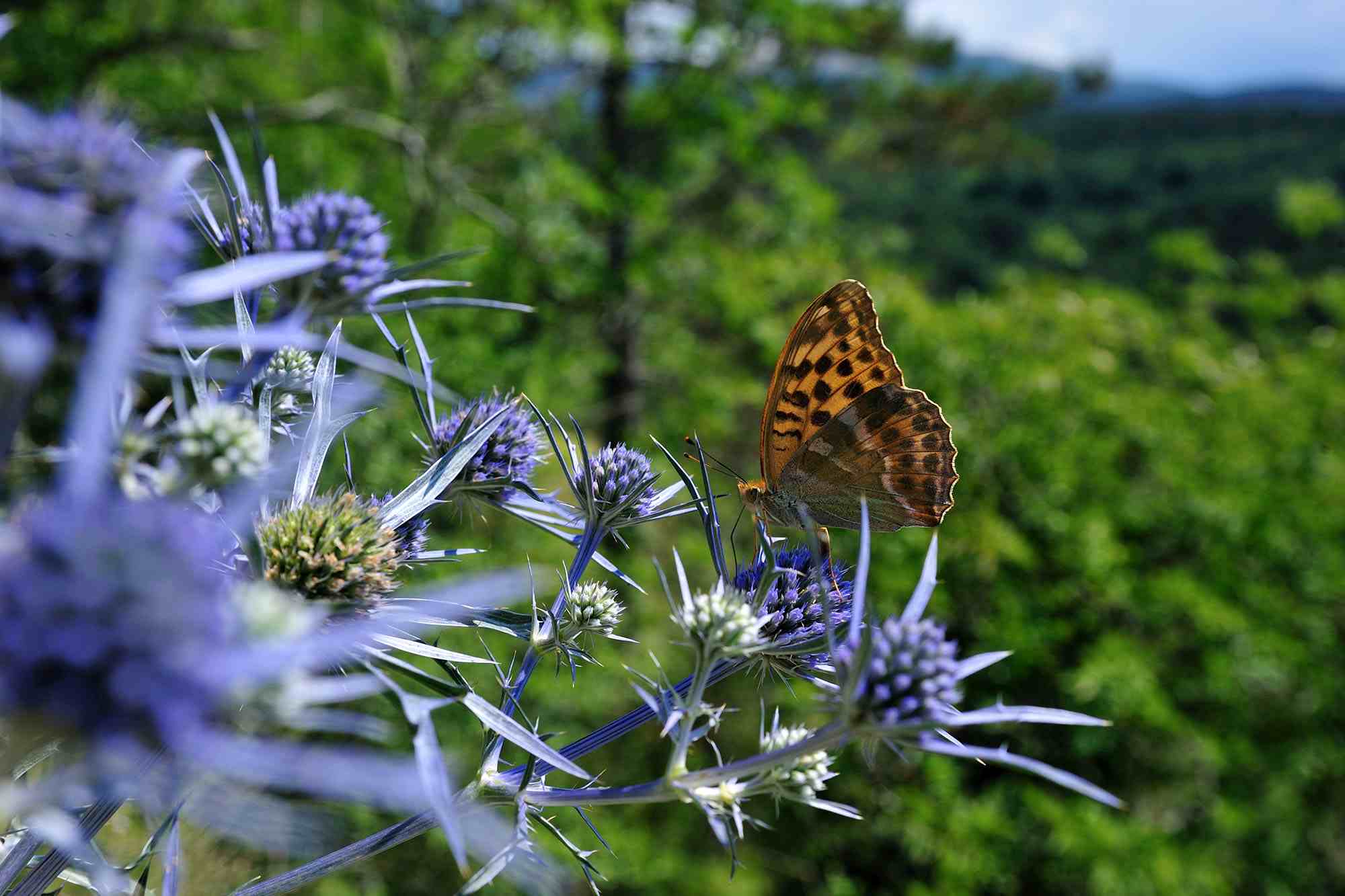 Biodiversity is present in the karst, both in flora and fauna.

On foot, by bike or on horseback between dry stone walls

Characteristic of the Slovenian Karst are the long dry stone walls that protectively surround the villages. Since 2018, these have been included in UNESCO's intangible cultural heritage. If you want to learn more about the ancient tradition of stone processing and karst architecture, you should take time to visit the Living Museum of the Karst. This is a themed trail about the various karst phenomena, which also passes by the Vilenica show cave. This is considered to be one of the oldest tourist caves in Europe. The trail also crosses the Alps-Adriatic Trail. Runners know the area through the Karst Marathon, hikers can follow many different marked trails. One of them is the excellent Path of Peace, which follows the paths from the First World War. 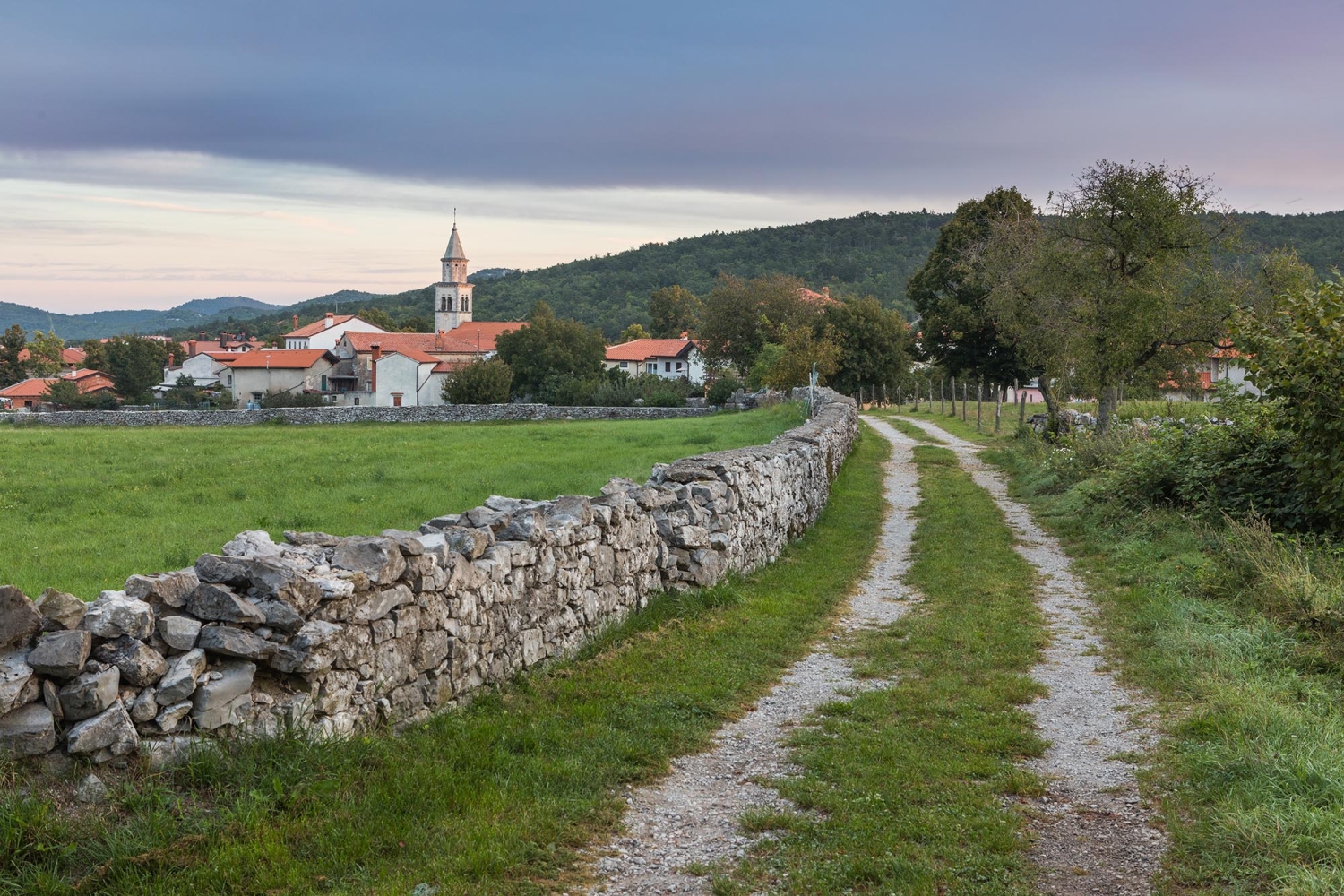 Typical for the Slovenian Karst - the dry stone walls.