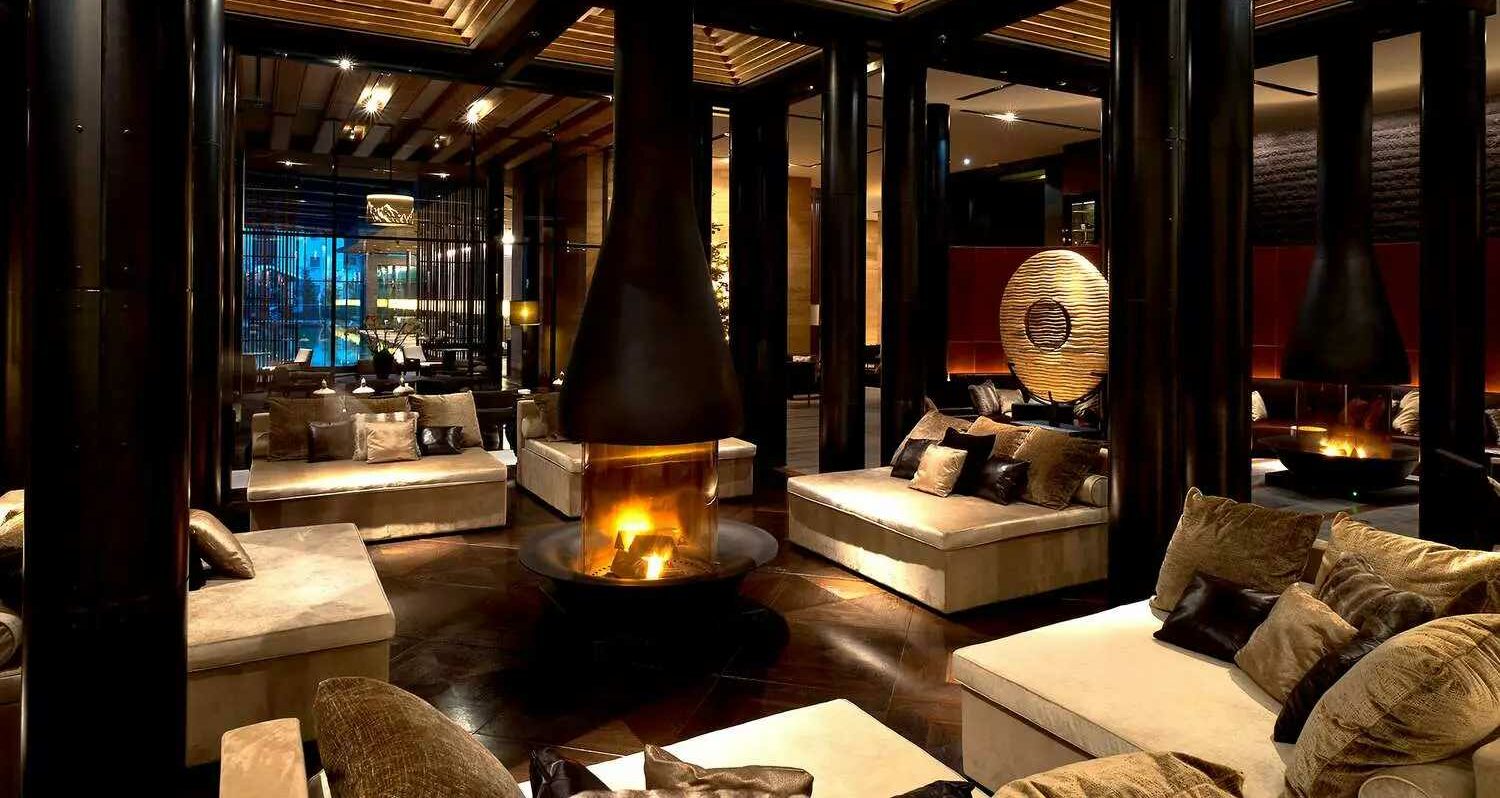 The most beautiful fireplaces of the luxury hotels

A selection that makes our Christmas hearts beat faster

With each Advent door, we count down the days. Soon it will be Christmas again, and in keeping with that, we're featuring chimneys that Santa would be only too happy to climb through.

An impressive mountain road leads Santa up to the hidden mountain village of Andermatt, or more precisely to The Chedi Andermatt. There, he and his helpers must be particularly industrious, because as soon as he steps off his sleigh and into the festively decorated lobby, he is greeted by a lively blazing fire. Then it's on to the guest rooms and suites, where the fireplace invites you to wait for the Christ Child while the flames dance. Those who fall asleep over it need not worry: The fireplace not only goes on and off at the touch of a button, but also turns off automatically after a while. This way, Santa can leave his gifts undiscovered and ensure beaming faces the next morning. For all Christmas gnomes who are still looking for a gift idea: The hotel's fluffy bathrobes not only feel wonderfully luxurious, but are also particularly cosy in winter. 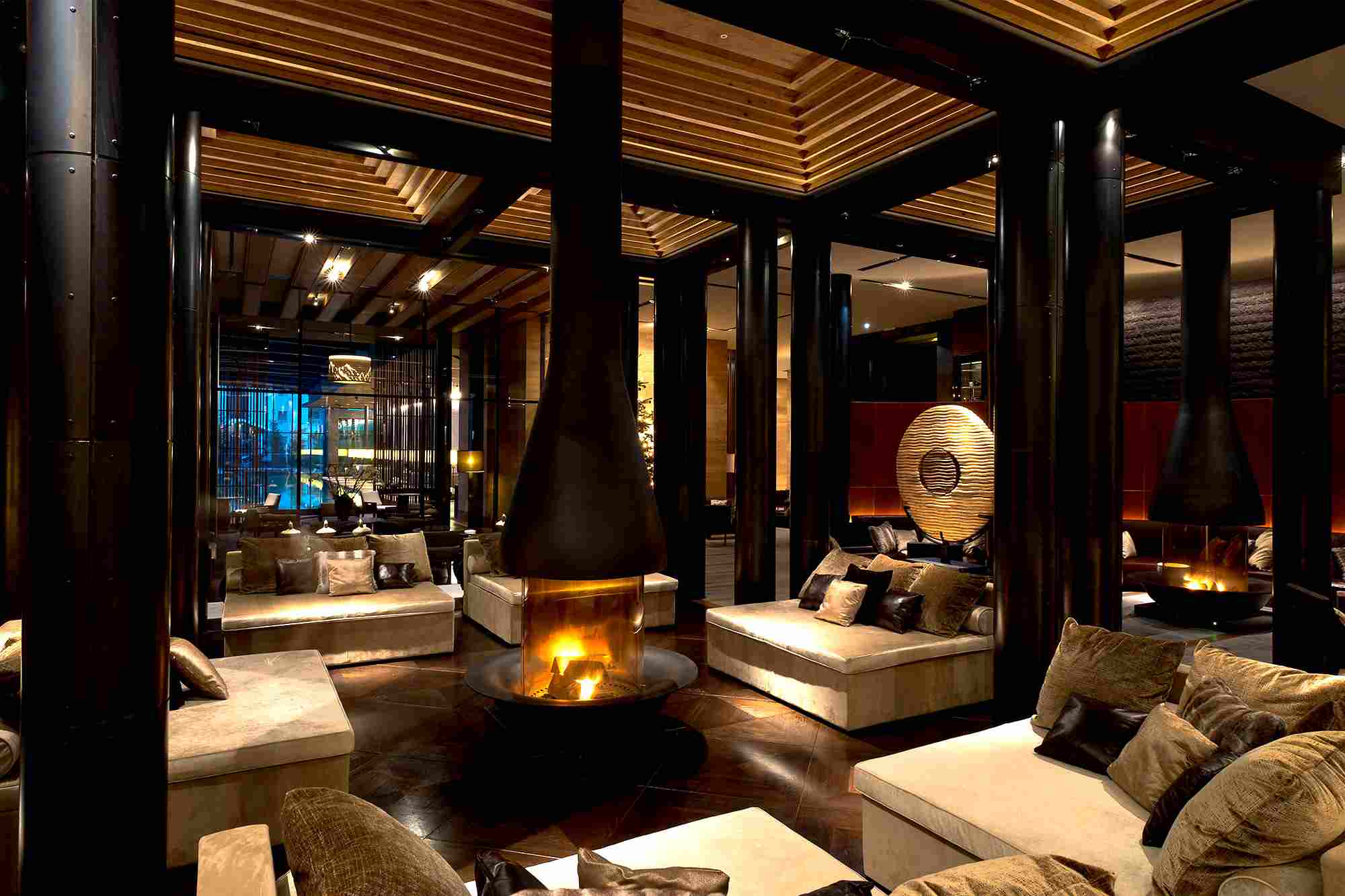 The lobby at The Chedi Andermatt exudes Christmas spirit.

Far up in northern Germany, you may not find mountains or winding roads, but you will find a place called Travemünde: Germany's third seaside resort and part of Lübeck, perhaps the best-known "Christmas City of the North," which will be festively aglow this year with 700 Christmas trees and some 500,000 lights. Here it is time for Santa to fasten his seat belt and hold on tight to his red hat, because the rough Baltic Sea wind whistles around your ears as you approach. The arrival at the ATLANTIC Grand Hotel Travemünde is all the more cosy, where the crackling fire of the fireplace in the lobby invites you to stay. After his work is done, Santa puts his booted feet up for a moment and makes himself comfortable in a cosy armchair by the open fire with his favourite Christmas story. Following the example of one of Germany's most famous literary figures, who is said to have been inspired here for his "The Buddenbrooks"... 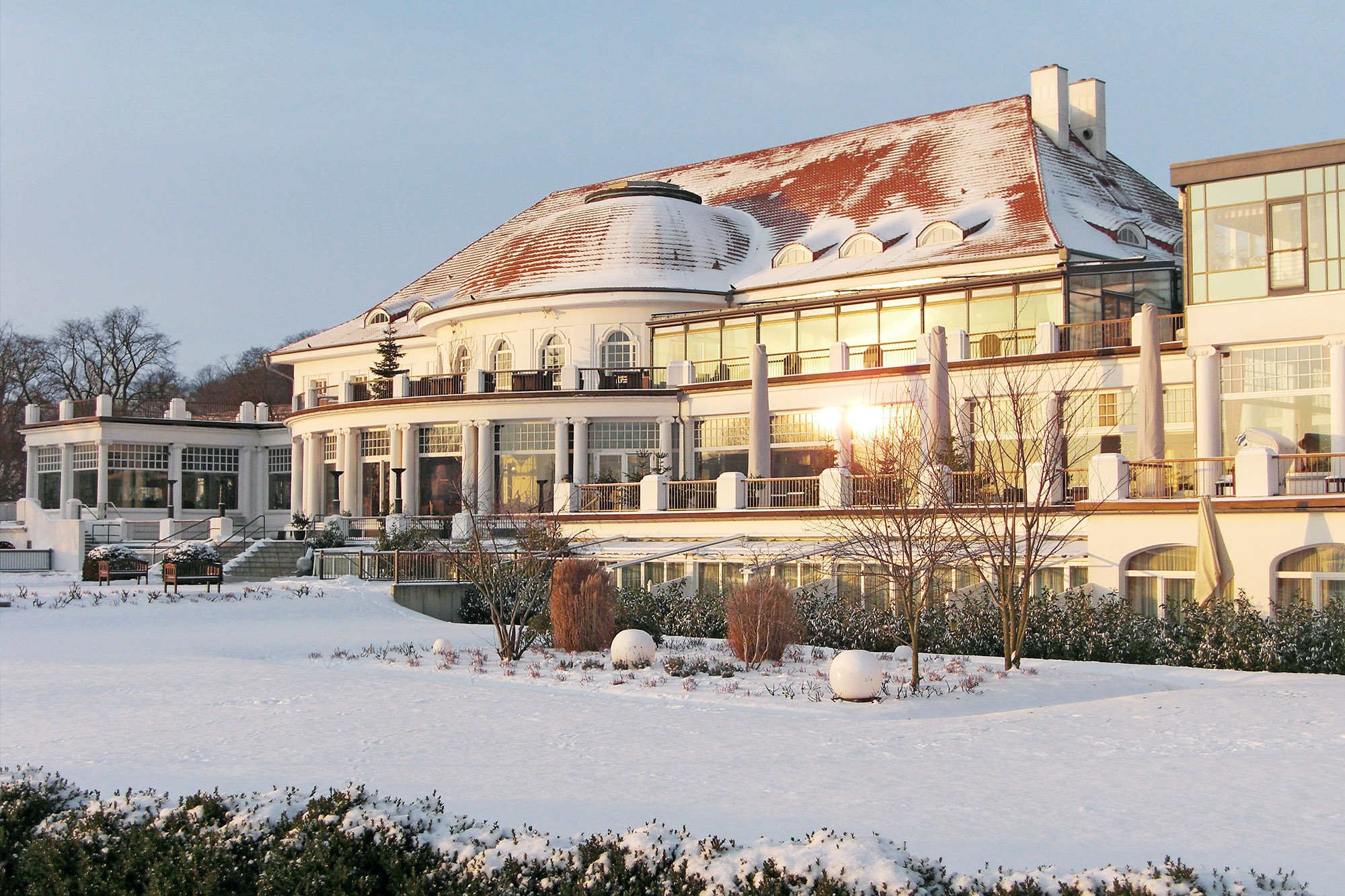 Christmas atmosphere in the north of Germany: The Atlantic Grand Hotel Travemünde.

Papa Noel will be wide-eyed in Madrid this year, because when he steers his sleigh over the rooftops of the Spanish metropolis, he may not recognize an entire neighborhood: between Puerta del Sol and Plaza de Cibeles, you'll find Spain's first Four Seasons Hotel Madrid since September 2020. A remarkable project that has renewed the entire neighbourhood by renovating and upgrading seven historic banking and insurance buildings, integrating pedestrian areas, bars and restaurants. Among the 200 rooms and suites, the Christmas messenger must stop in front of one fireplace in particular: Namely, the one in the triangular Royal Suite, which, with its double-height ceilings and numerous historic details, was once the bank president's private office. The rooms certainly offer enough space for presents - Santa can let off steam on 400 square metres and even park his sleigh in the warmth. 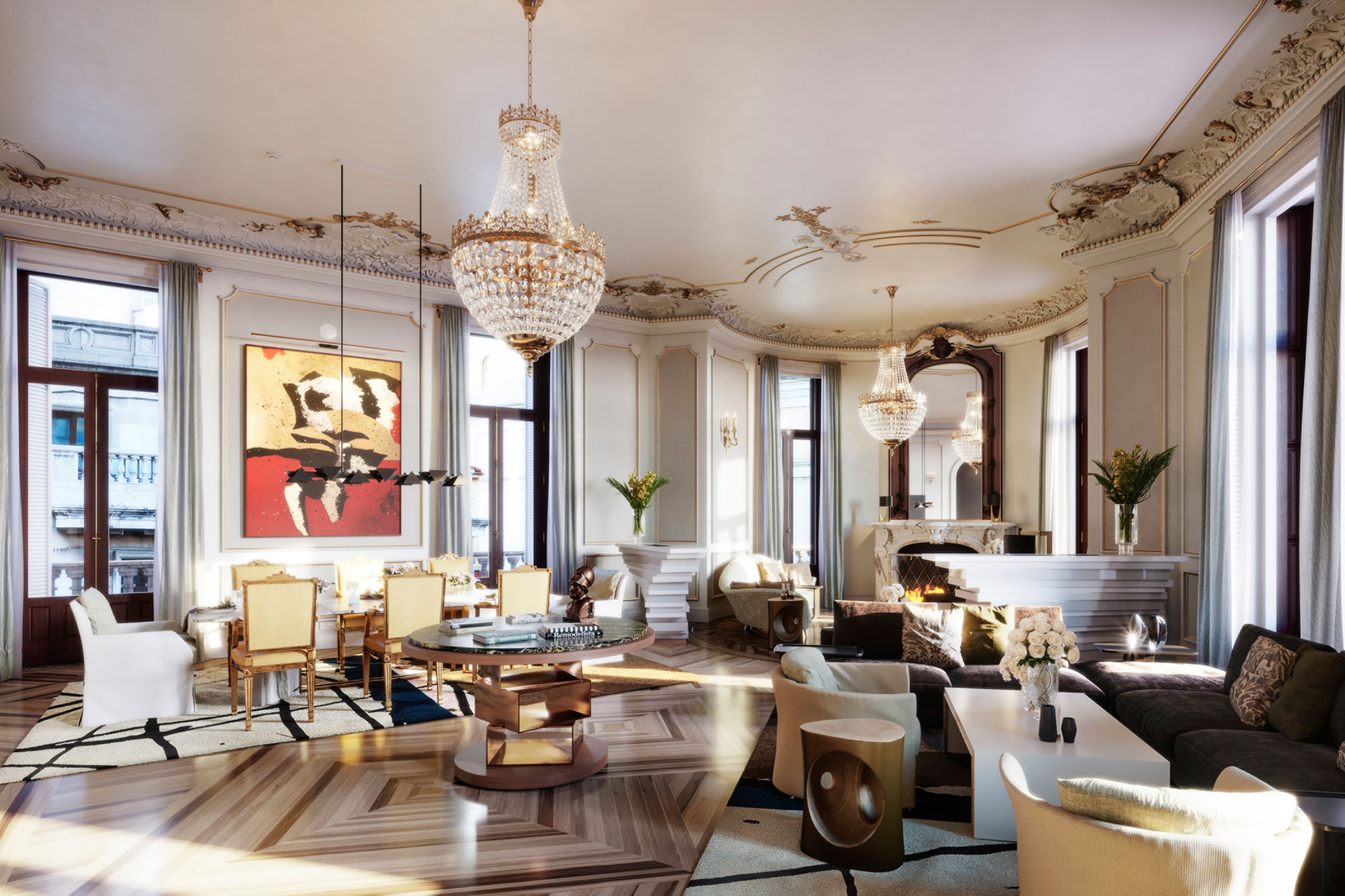 A fixture for Santa: the fireplace in the triangular Royal Suite of the Four Seasons Hotel Madrid.