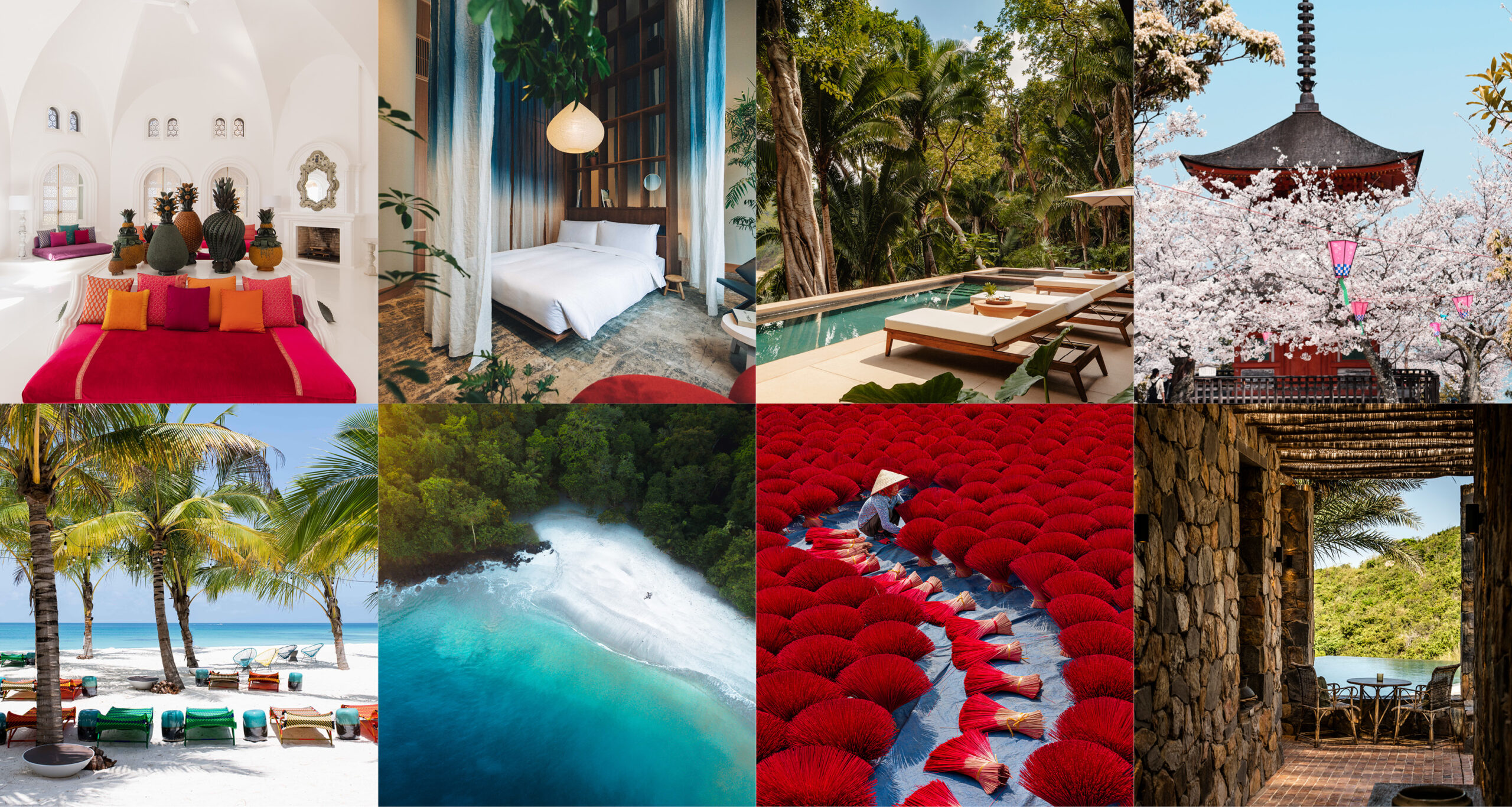 Finally, long-distance travel again: The top 5 destinations for this summer

"The further I travel, the closer I get to myself," US actor Andrew McCarthy once said. Enough distance - and an exclusive as well as a breathtaking backdrop for self-discovery - is offered on the private beach of the Cuixmala resort on Mexico's Pacific coast.

Finally, once again long-distance travel to ... 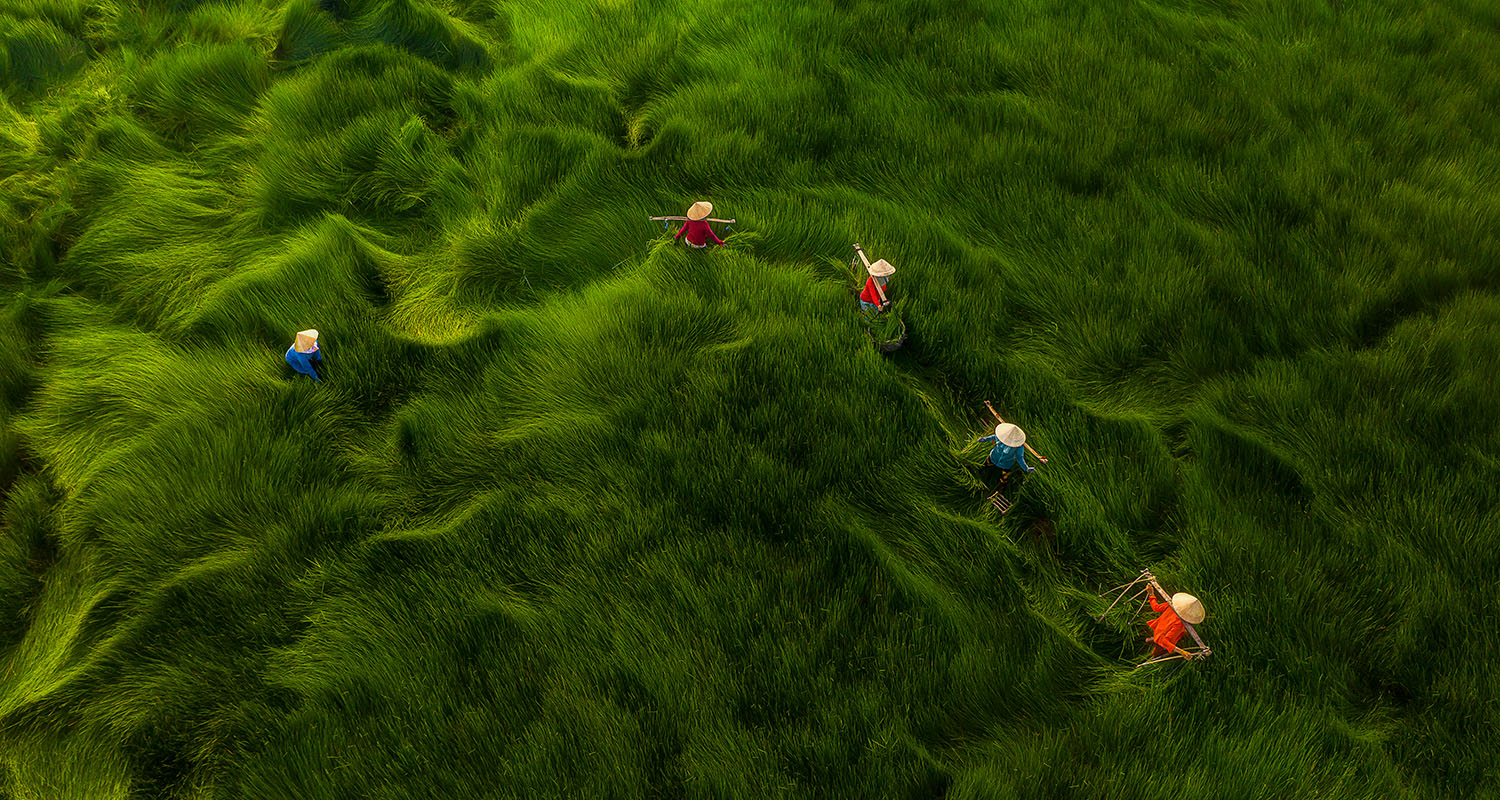 The Southeast Asian country impresses with its original culture, but also impressive nature: The Mekong Delta is a huge labyrinth of rivers, swamps and islands. ©Khanh Phan

In Vietnam, the clock ticks differently. Song Xanh Sampan is the name of the covered wooden boats that leisurely glide through the water on the Mekong, past Khmer temples and rice fields. At the floating markets, locals offer fresh fruit and local finger food in their boats. Time seems to have stopped here, in this huge labyrinth of rivers, swamps and islands. Can Tho is the name of the very busy and largest city in the Mekong Delta. Tours can be conveniently booked from here. It is best to take the waterway to Ho Chi Minh City (formerly Saigon) to slowly arrive in Vietnam, a country that convinces with its original culture. Compared to its neighbour Thailand, the tourism here is still in its infancy. Those interested in culinary delights will get their money's worth: from hotpots to the traditional soup Pho to fresh fruits such as mangos, everything is also available freshly prepared on the street. 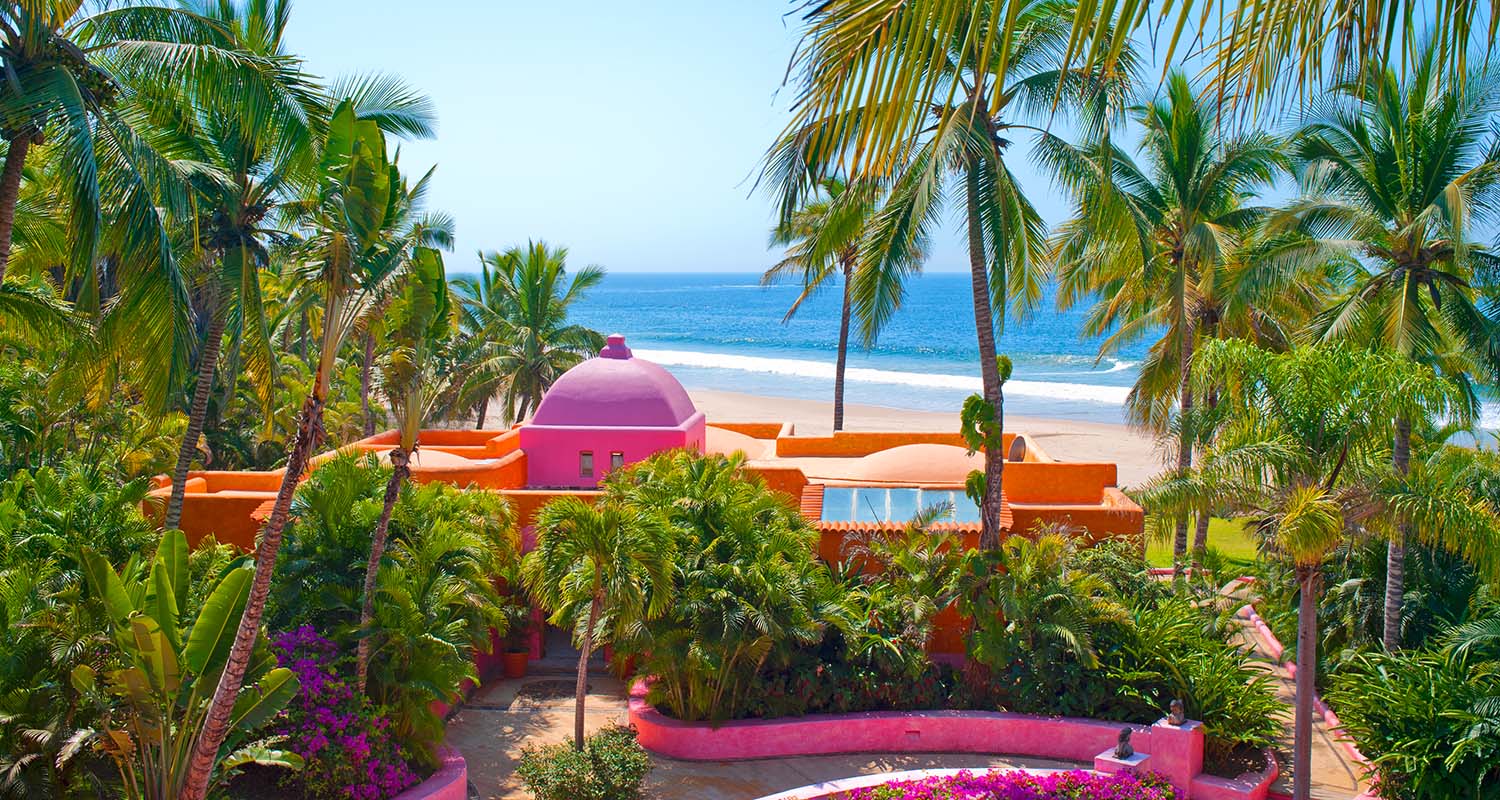 The Latin American state offers a vibrant capital, dream beaches where you can party, but also tranquility in nature - and last but not least, the impressive temple complexes of the Aztecs and Maya. ©Jackie Caradonio

"Wow!" Mexico City is huge - the metropolis has about nine million inhabitants. But little by little, you also discover the calmer corners. You can stroll through the historic old town, past the elegant stores and the small restaurants under the arcades. At some point, you end up in the Plaza de la Constitución, the lively centre with its huge cathedral. Just around the corner, the Museo del Templo Mayor awaits, a former Aztec temple complex; fascinating but creepy, with a wall of skulls telling of human sacrifices. To deepen your historical knowledge, take a trip to the magical ruined city of Teotihuacán. The view from the Pyramid of the Sun is breathtaking - also because you quickly run out of breath on the ascent (be sure to take plenty of water!). If you want to take a more relaxed approach, you can first drive to the Yucatán peninsula, famous for its long sandy beaches with turquoise blue water. 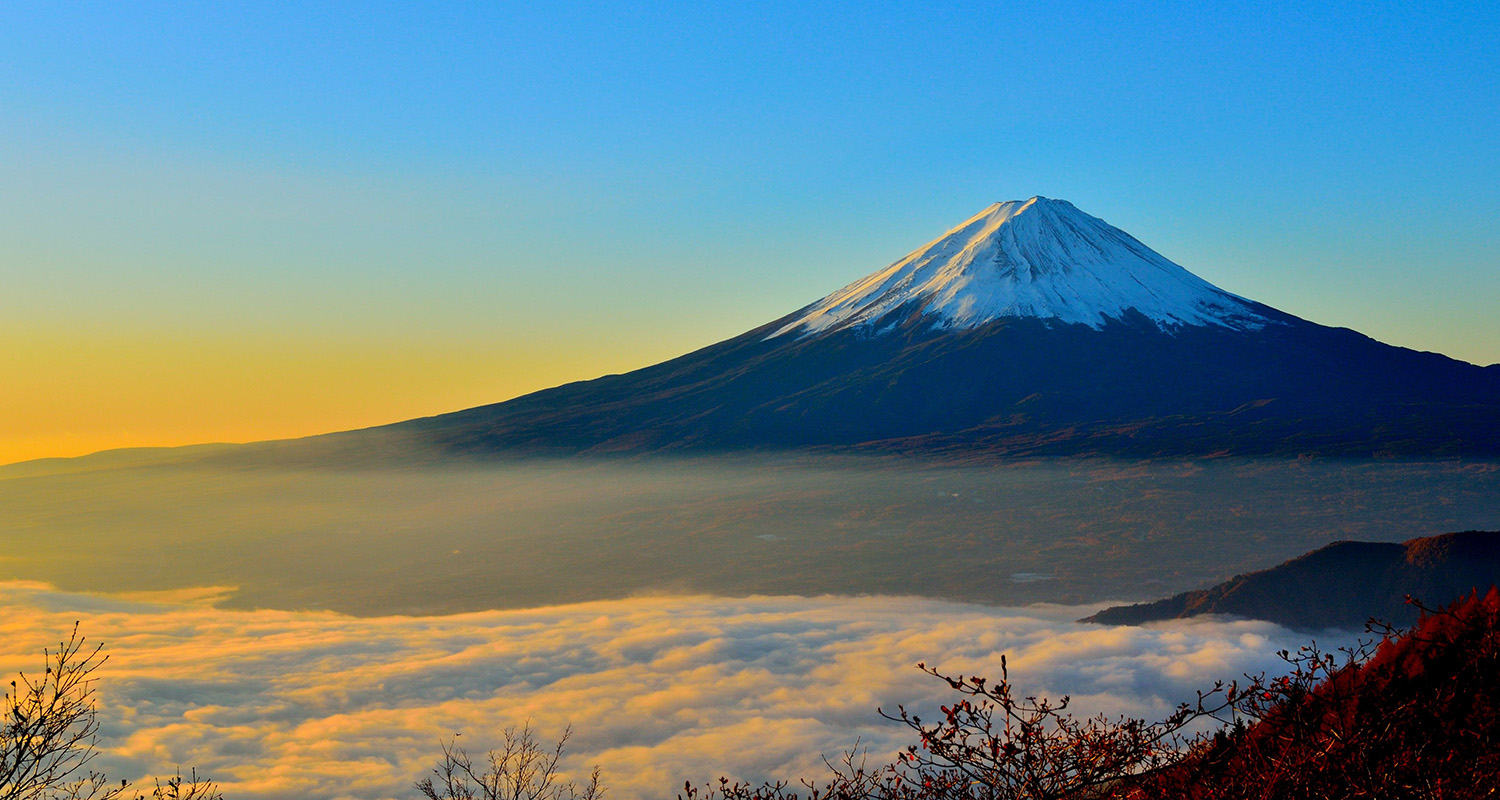 A country that could not be more diverse: Futuristic skyscrapers stand next to cherry trees in bloom, Tokyo is a cool megacity, Kyoto takes you back to Japan's royal past. ©Pexels

After a long day in Tokyo it can happen that your eyes fall shut in the subway. No problem: a different melody is played at every station - so you can be sure you're getting off correctly. Little things like this show how well organized everything is in this cool megacity, which still has something futuristic about it. Everyone knows the famous pictures of the intersection in the Shibuya district from movies. In real life, the hustle and bustle is even more impressive, with up to 15 000 people crossing the crosswalks per traffic light phase during peak hours. Nevertheless, it is easy to be on the road in Japan. The country is manageable in size, the train system works brilliantly, and connections are fast. You don't need a car to get anywhere. It's also amazing how many different things there are in such a small area. A few hours by train and you're in a different era: Kyoto takes you to old Japan with its historic temples and imperial palaces, but is also a shopper's paradise (the best tea and the most beautiful handmade knives can be found here).

Related: Long distance travel is back – Time to go to Japan 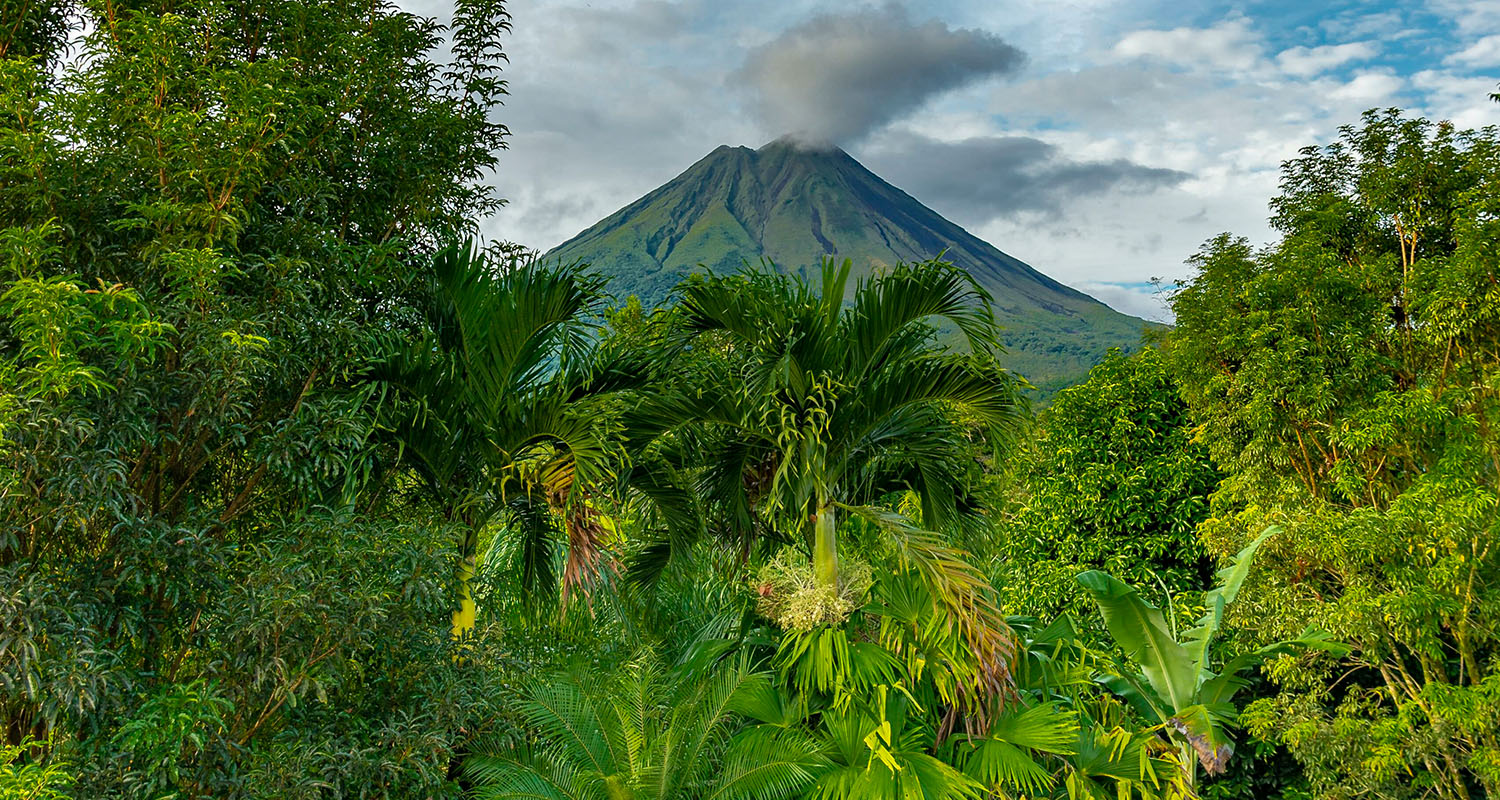 From pumas and howler monkeys in the nature park to sloths on the trees by the side of the road, you'll find it all here. Costa Rica is a safe destination that prides itself on its biodiversity. ©Mauritius Images

Hotspot Costa Rica you immediately feel at home. Although the small country in Central America is becoming increasingly popular as a vacation destination, it remains authentic. Unspoiled nature is right on the doorstep: toucans sing on the balcony in the morning and sloths live up to their name, hanging on trees. In addition, Costa Rica is a safe travel destination, it is considered the "Switzerland of Central America". The capital San José with its more than 300 000 inhabitants can be explored comfortably even with jetlag, the historic city centre has a lot of flair. Costa Rica translates as "rich coast"; in the Museo del Oro, the gold museum, you learn why: valuable pre-Columbian jewellery shines brightly, and some exhibits date back to 500 A.D. and yet seem very modern. Just a few minutes outside the capital, everything turns lush and green. Costa Rica is a biodiversity hotspot. Some 87,000 species live here, including howler monkeys and pumas. 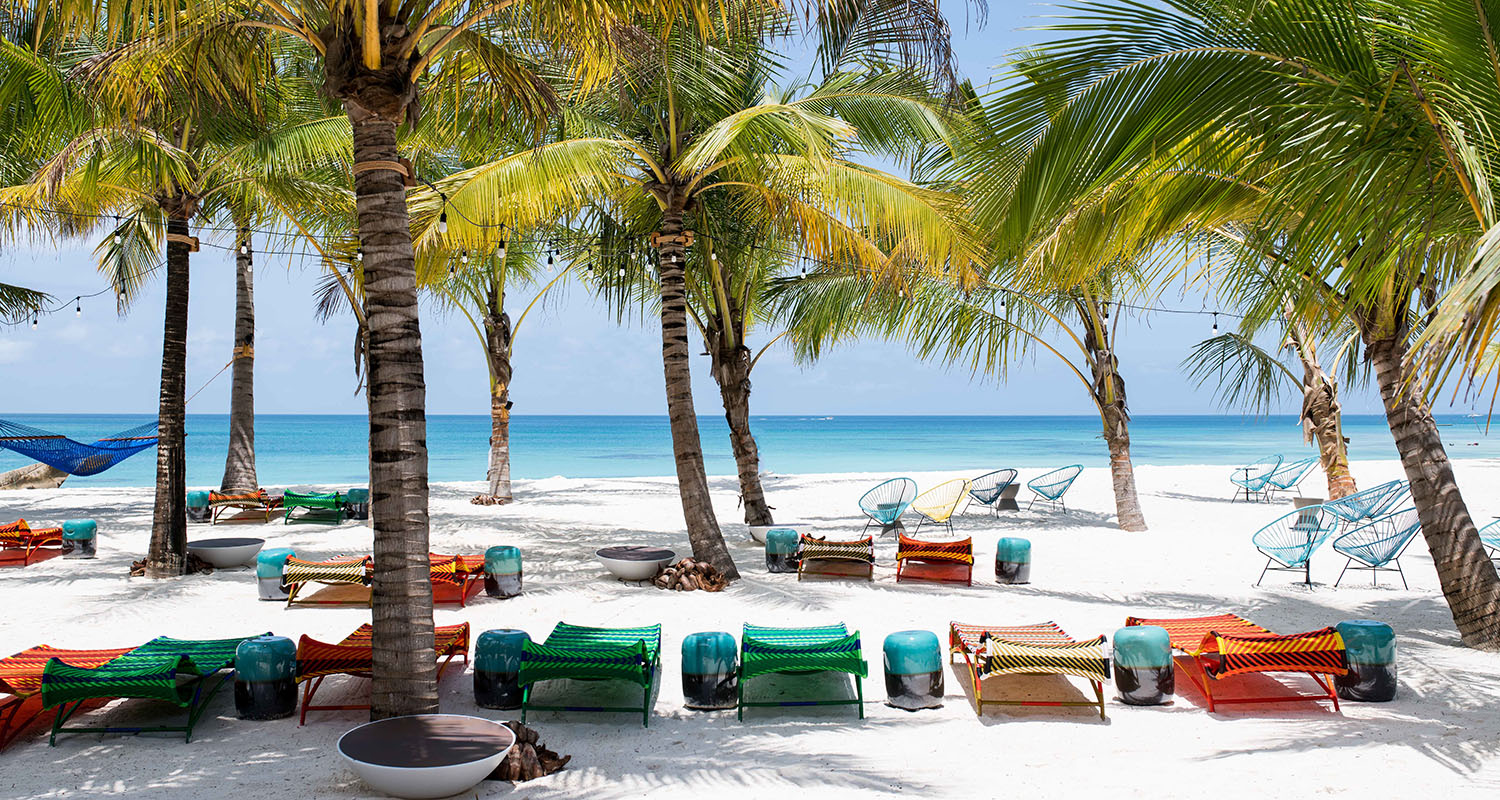 The realm of spices is strongly influenced by Arab culture and is a natural paradise with endless beaches and crystal blue waters. ©Zuri Zanzibar Hotel

A name that sounds like the Arabian Nights: Zanzibar. Once famous for its spices, the semi-autonomous state of Tanzania is still a place of longing today. A Zanzibar vacation, by the way, can be ideally combined with a safari in Tanzania after which you can spend a few days relaxing on the beach. The water is warm all year round; the inhabitants are friendly. On the streets, you are greeted with a "Jambo" ("Hello" in Swahili) or "Karibu" ("Welcome"). The islands are Muslim and strongly influenced by Arab culture. In Zanzibar City, the capital, this is also evident in the architecture. The magnificent Sultan's Palace Beit-el-Ajaib ("Palace of Miracles") once served as the seat of the British and Zanzibar governments and was the first building in all of East Africa with electricity and running water. Most of the city's houses are built of coral stone and mangrove wood. However, the main reason to come to Zanzibar is the dreamy beaches. Kendwa Beach was an insider tip for a long time, but now word has spread about how colourful the sunsets are and how crystal blue the water is. 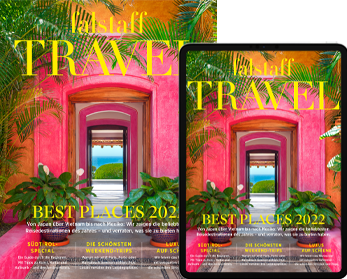