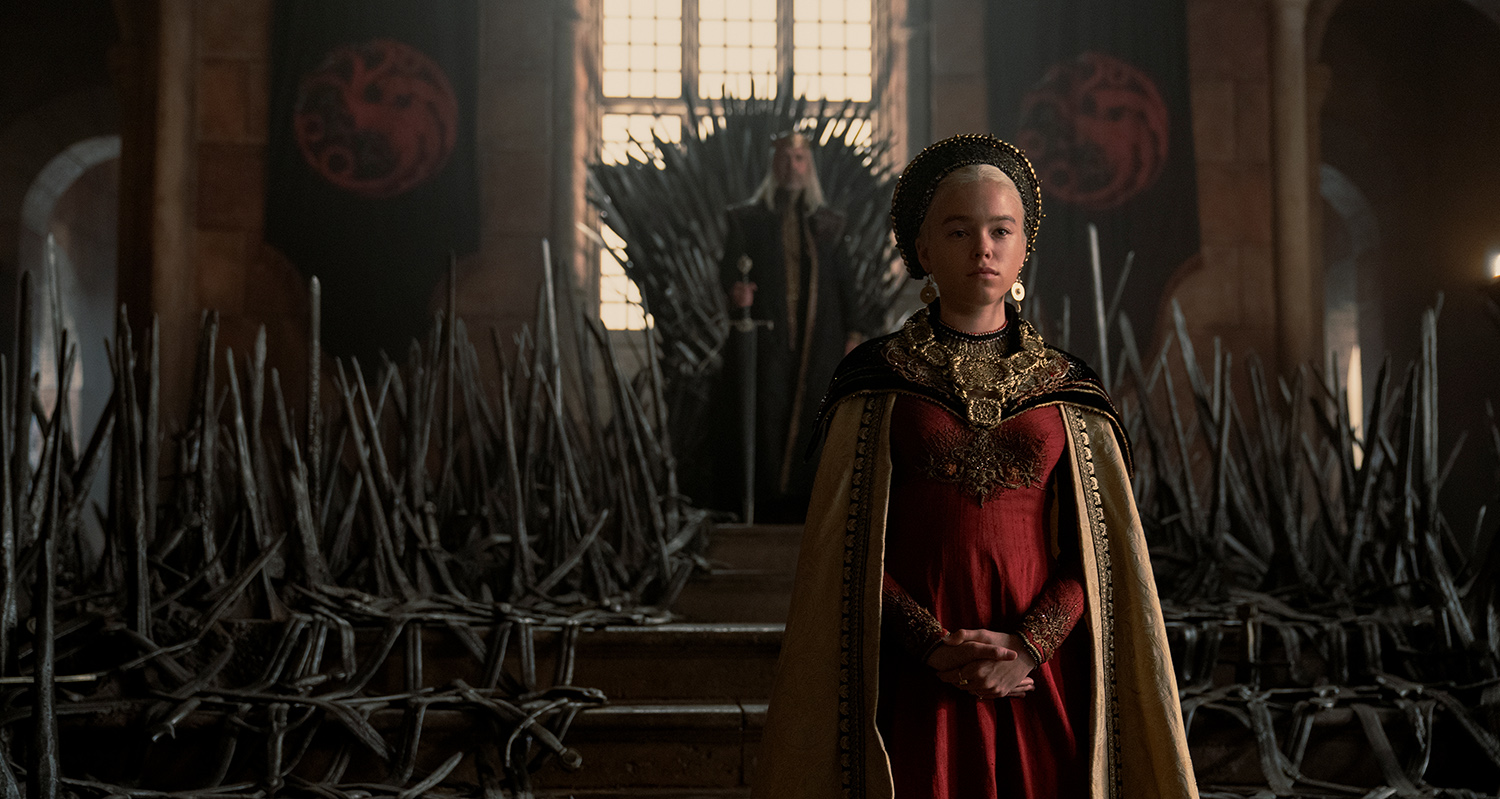 Back to Westeros: The filming locations from House of the Dragon

The highly anticipated prequel to Game of Thrones, detailing the downfall of the Targaryen dynasty, is finally here. For the filming of House of the Dragon, the crew chose new as well as some familiar locations in Iceland, Spain, Portugal and England.

The wait is finally over: the prequel to Game of Thrones premiered on August 22 to record numbers and has already secured a second season. In Austria and Germany, House of the Dragon is exclusively available on Sky. The HBO show will tell the tale of the war of succession and the decline of House Targaryen, and already promises more drama, more dragons (a total of 17 animated fire-breathing giants will grace our screens), more violence and more fiery scenes than its predecessor. 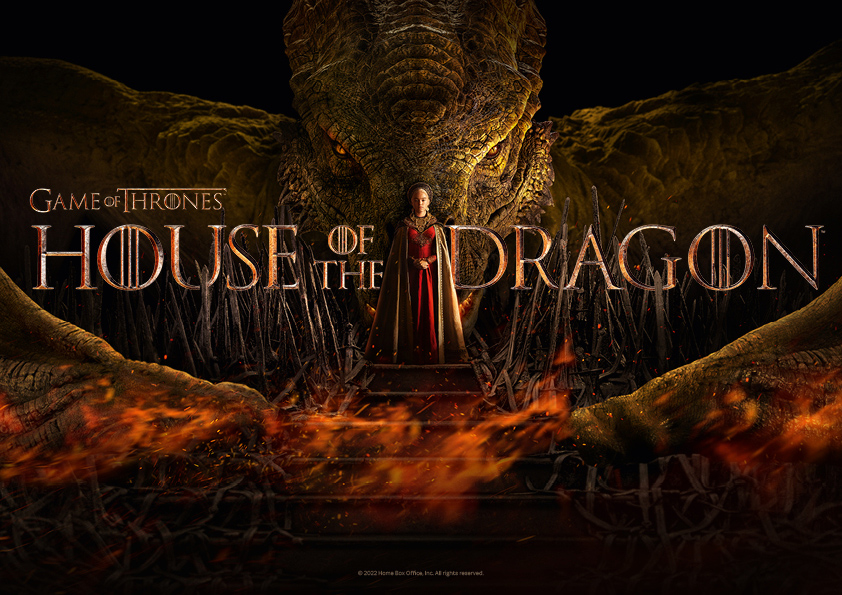 The prequel to Game of Thrones focuses on the Targaryen dynasty. © Home Box Office, Inc. all rights reserved. / Sky

Fans of the new show can look forward to incredible landscapes and imposing medieval buildings. The filming locations for House of the Dragon – from Spain to Iceland – range from both familiar settings, such as Trujillo, as well as new places. 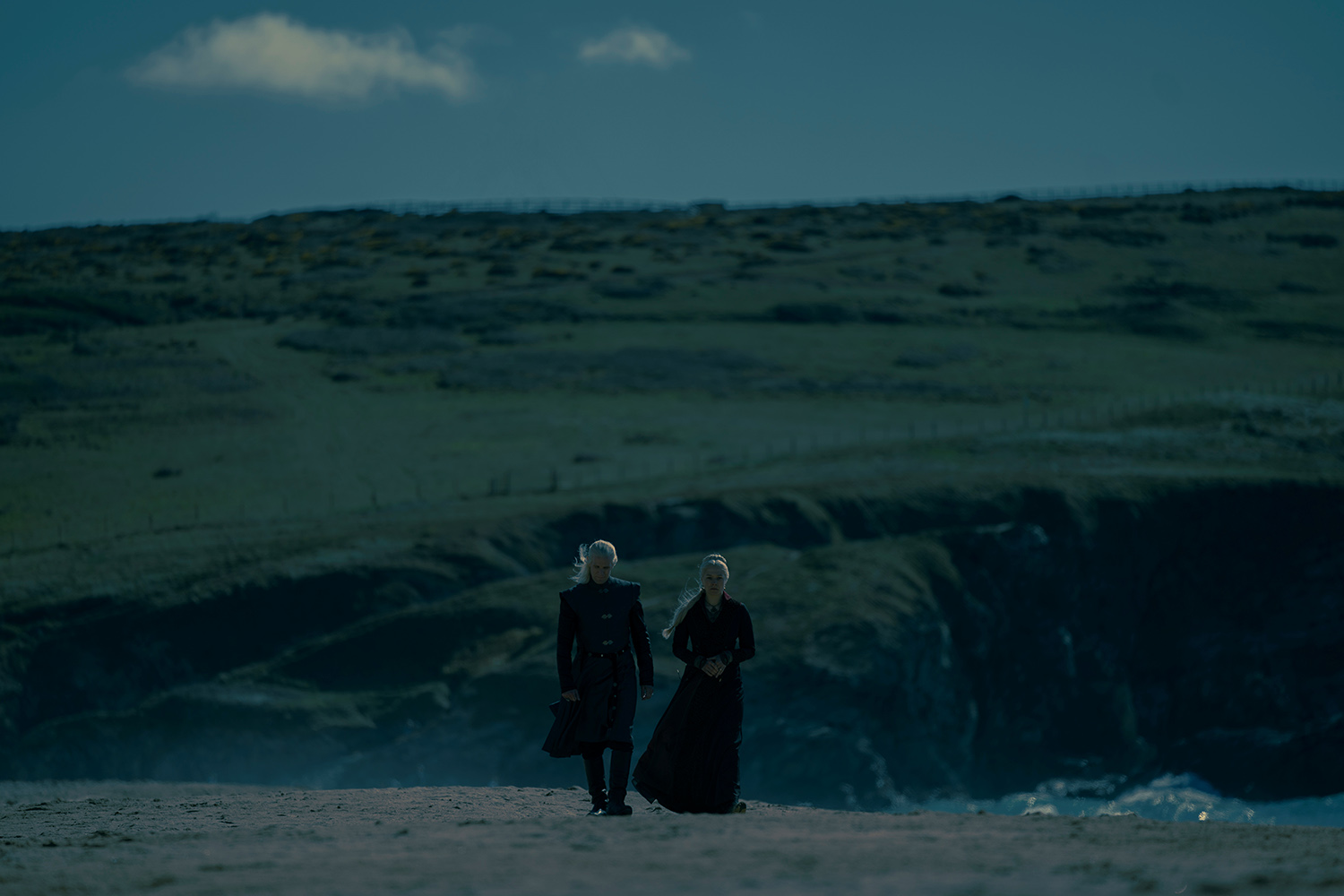 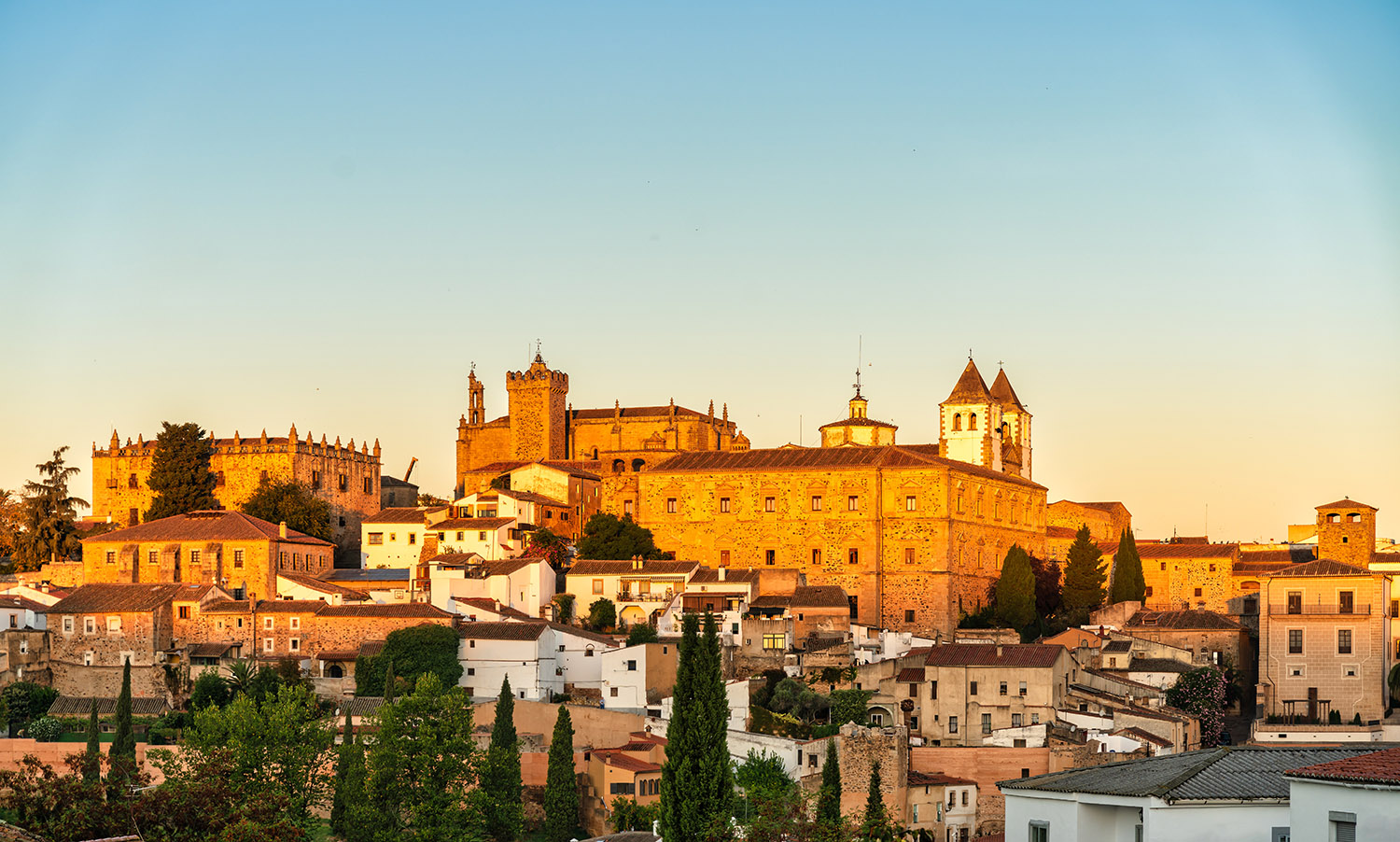 The UNESCO heritage city of Cáceres is one of the most beautiful destinations in Extremadura. © Shutterstock

Cáceres stuns with its heterogeneous architecture – the old town with its historic wall was even declared a UNESCO World Heritage Site in 1986. Roman, Moorish and Italian architecture are lined up door to door. As you stroll through the alleys of this Spanish city in Extremadura, you might be recognize certain corners from King's Landing. Incidentally, Cáceres is fittingly nicknamed the "decapitated city," much like a beloved character from the original show that didn't make it to season 2. 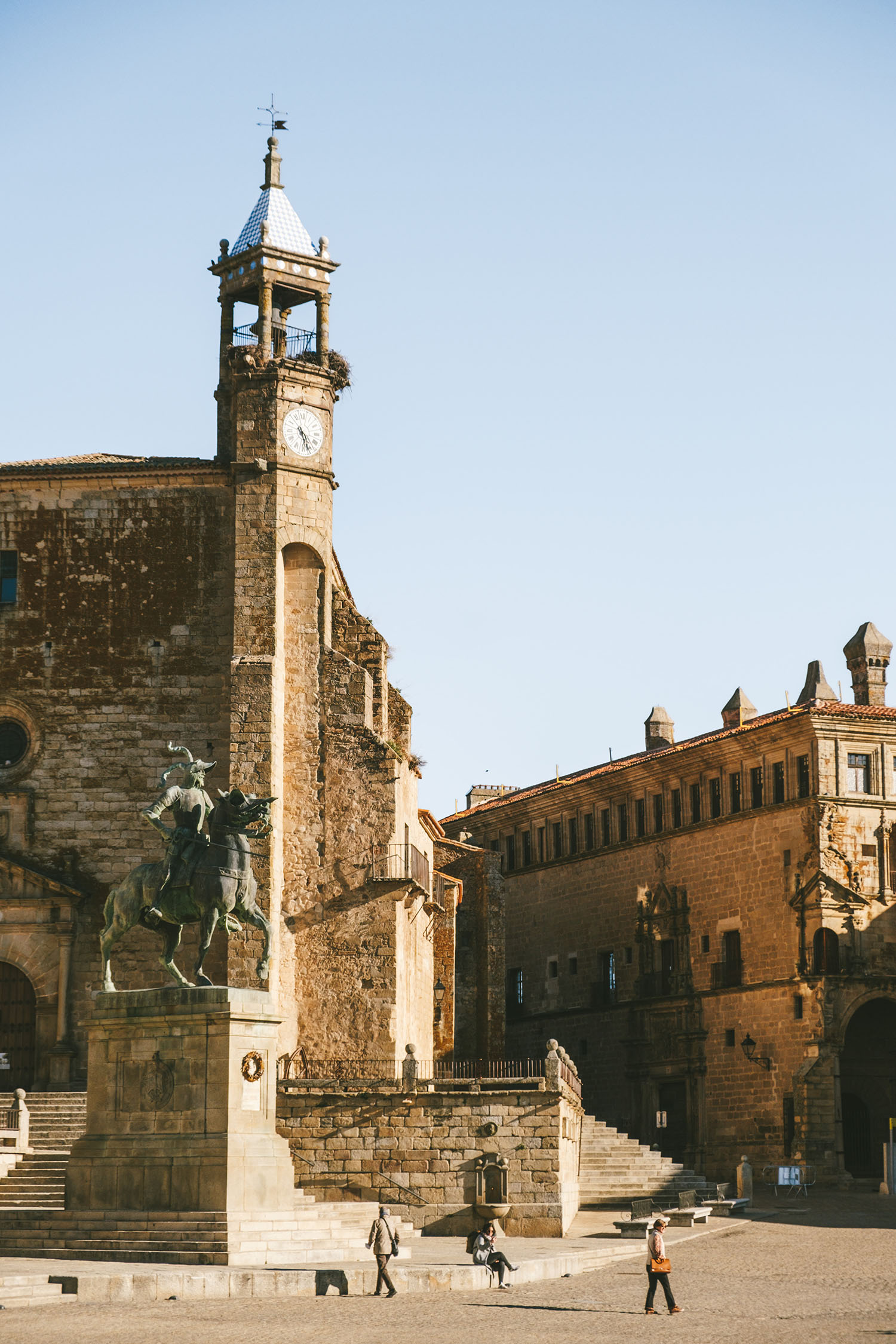 The medieval streets of Trujillo also serve as a filming location for House of the Dragon. © Alexandra Salvado

Trujillo, not far from Cáceres, already served as a location in GoT. In 2021, actors paraded through the old town streets in their Targaryen garb while filming scenes for HotD. Medieval fortresses, palaces and arcaded houses, as well as churches, make the little town a sight to see for tourists as well. 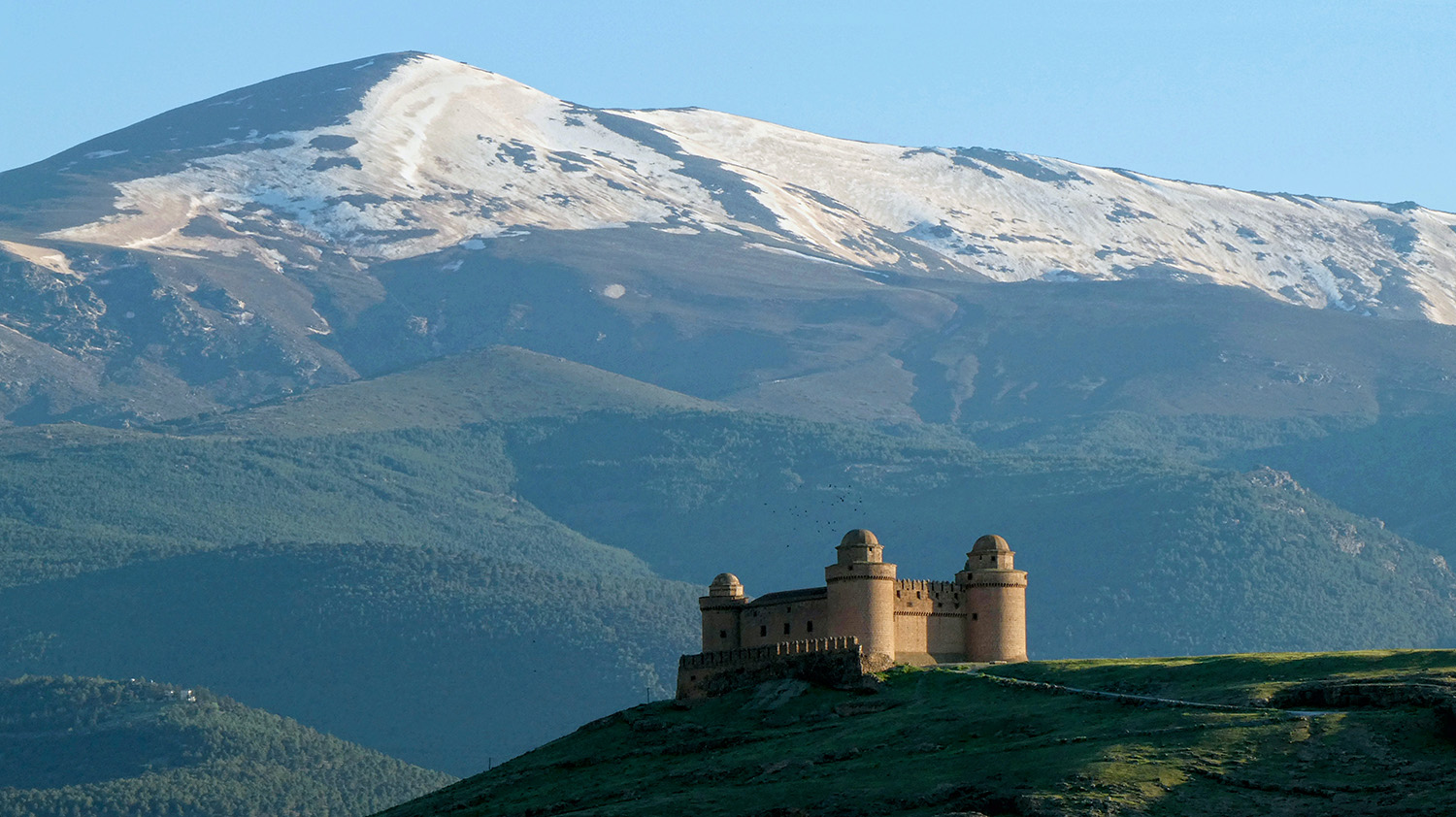 On a small hill in Granada, in front of the Sierra Nevada, stands El Castillo de la Calahorra, one of the prequel's filming locations. © Ray Raimundo

Explosions, fire and night shoots: the filming process at La Calahorra fortress in Granada, Andalusia, caused quite a stir in Spain. But even without a film crew, it's worth paying the Castillo a visit: the castle is enthroned on a hill above the village of La Calahorra and awaits with Italian Renaissance architecture inside. 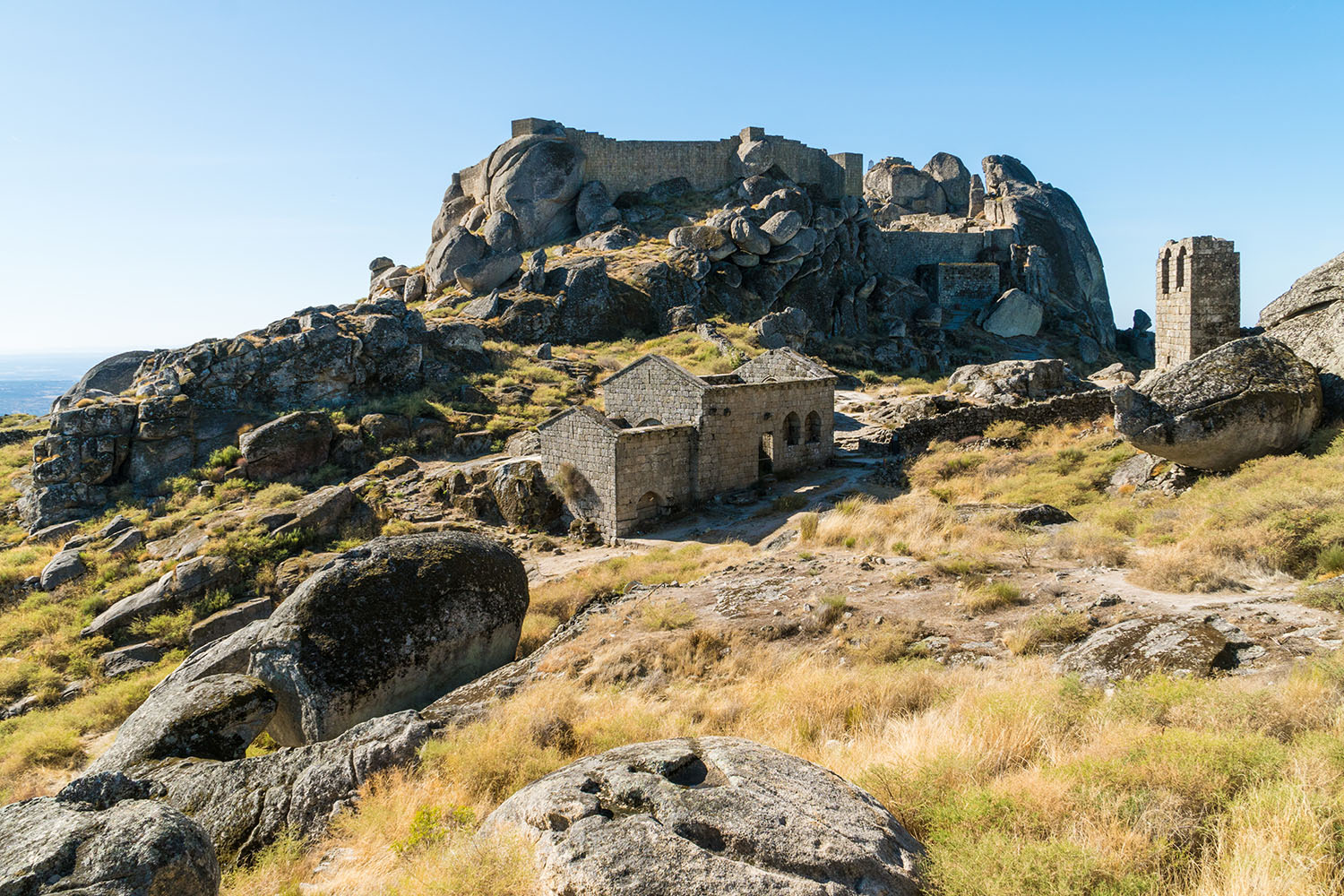 Monsanto beckons as a small, charming village nestled among giant rocks and the remains of a medieval fortress. © Shutterstock

As part of Portugal's twelve historic villages – the Aldeias Históricas – Monsanto attracts numerous visitors year in and year out. Some of the village's stone cottages were built under huge granite boulders. For panoramic views, head to the medieval castle of Monsanto, where they also shot scenes for HotD. 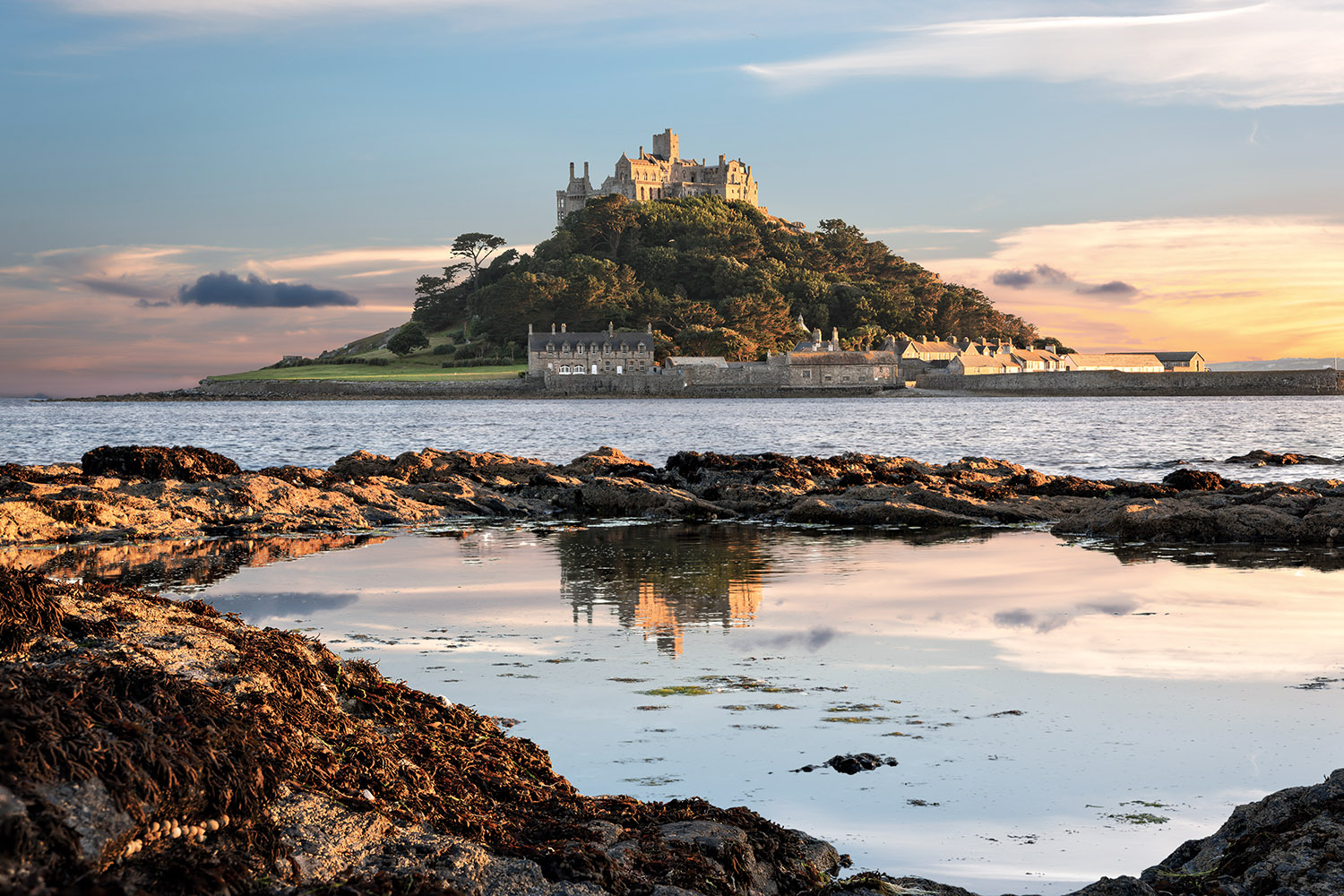 The tidal island of St. Michael's Mount can be reached by ferry at high tide and by a narrow causeway at low tide. © Shutterstock

The small island of St. Michael's Mount off the coast near Holywell is a dream destination in Cornwall. Surrounded by the tides, a 12th-century castle protrudes from its summit. A few months ago, the film crew of the GoT prequel was spotted on the island. St. Michael's is believed to serve as the location for Driftmark, the home of House Velaryon. In addition, actors Emma D'Arcy (Rhaenyra Targaryen) and Matt Smith (Daemon Targaryen) were spotted filming at nearby Holywell Bay and Kynance Cove.

Related: The 10 Most Beautiful Beaches in Cornwall 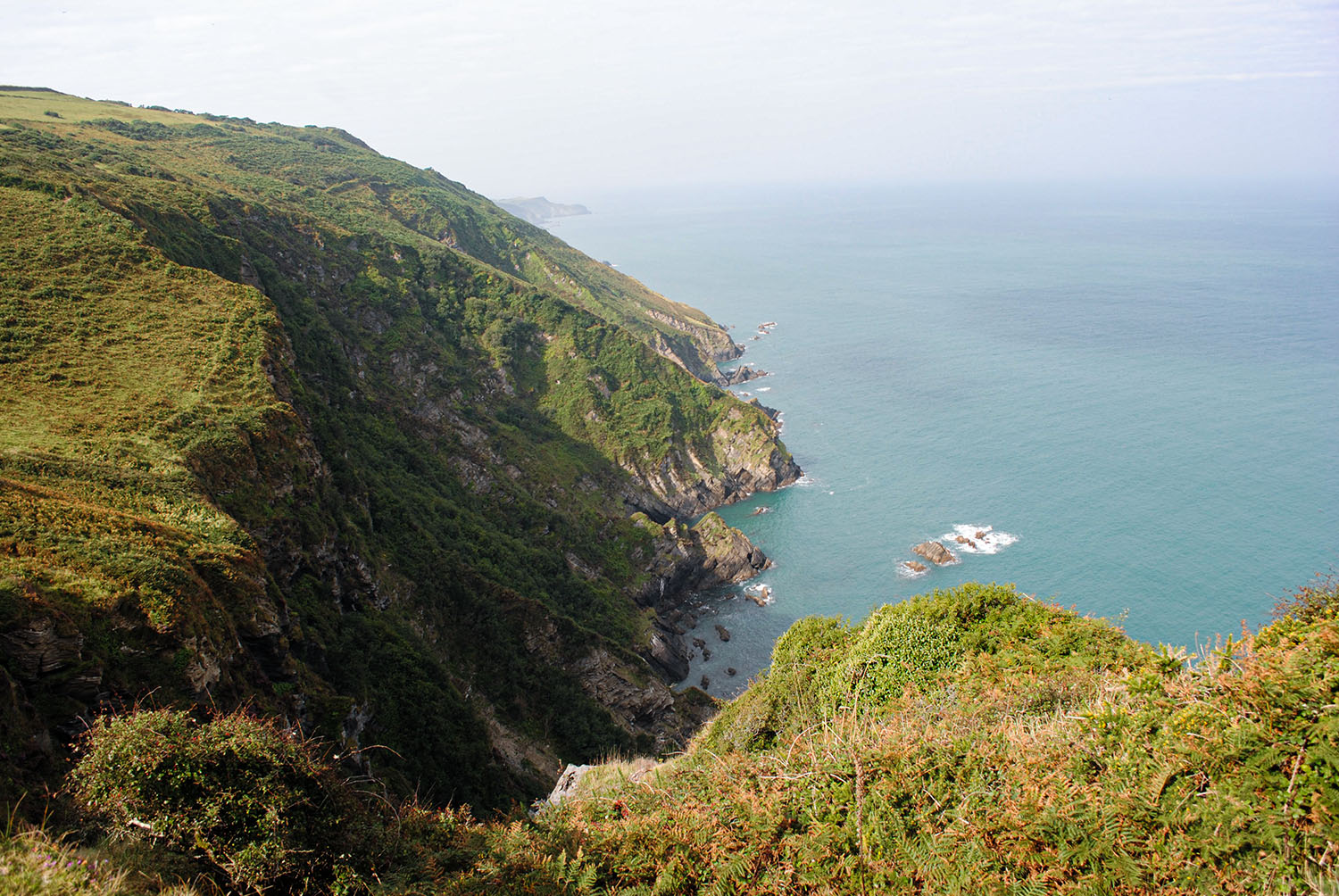 Aemma Targaryen's funeral in the pilot episode was filmed on the cliffs of Hartland Quay. © Jr Harris

The crew and cast of the prequel were also out and about in Hartland Quay in Devon in September 2021, where the Atlantic thrashes its mighty waves against the cliffs. Spoiler alert: This is where Aemma Targaryen's funeral is set in the pilot episode.

The middle of the forest of Caesar's Camp in Hampshire served as the location for the brutal jousting tournament from the House of the Dragon premiere. 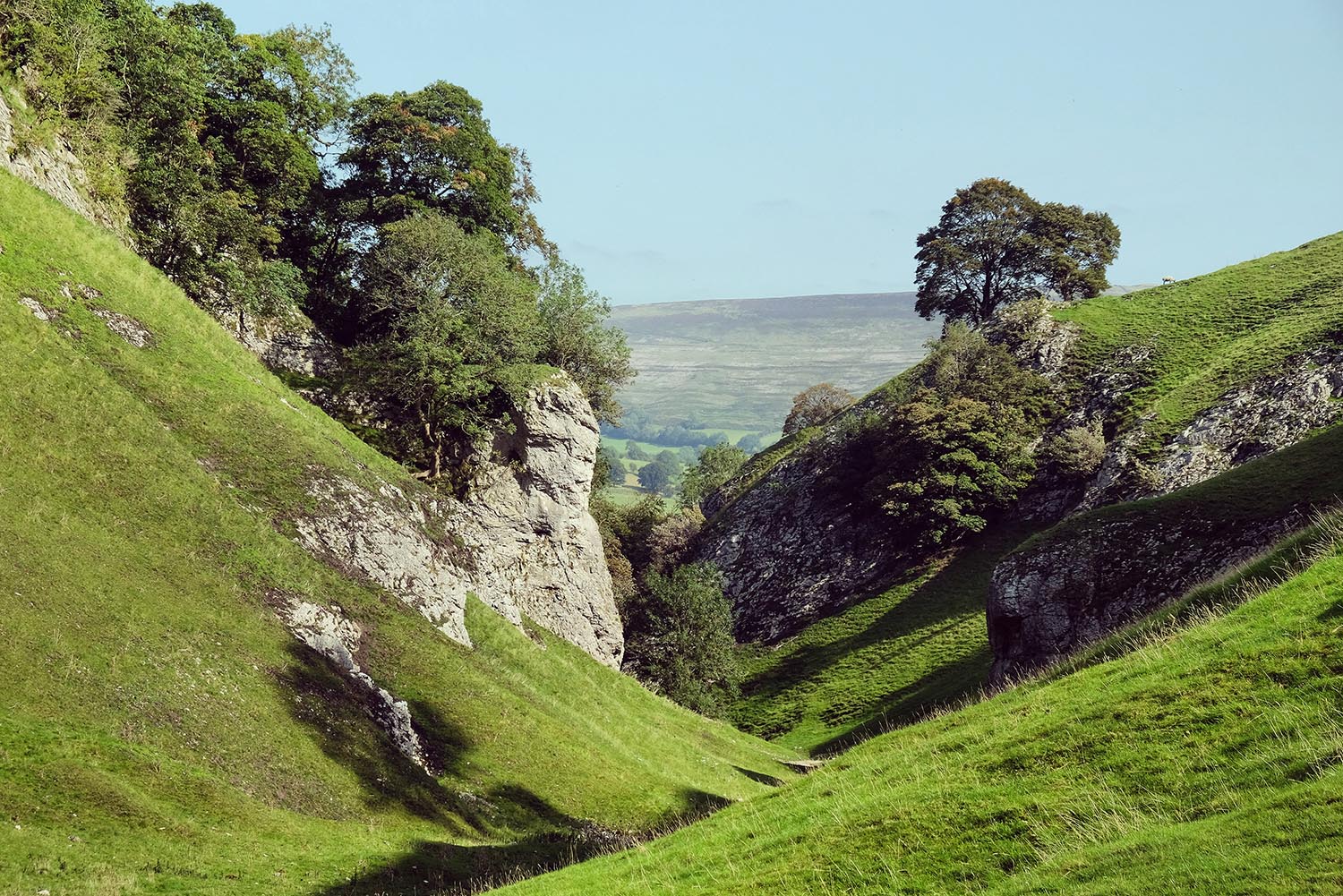 Cave Dale in Peak District National Park served as a filming location for House of the Dragon. © Shutterstock

Covering 1,400 square kilometers, the Peak District National Park in Derbyshire, central England, is crisscrossed by steep valleys and lush green hills. The limestone valley of Cave Dale was used as a setting, as was the 517-meter-high Mam Tor hill. 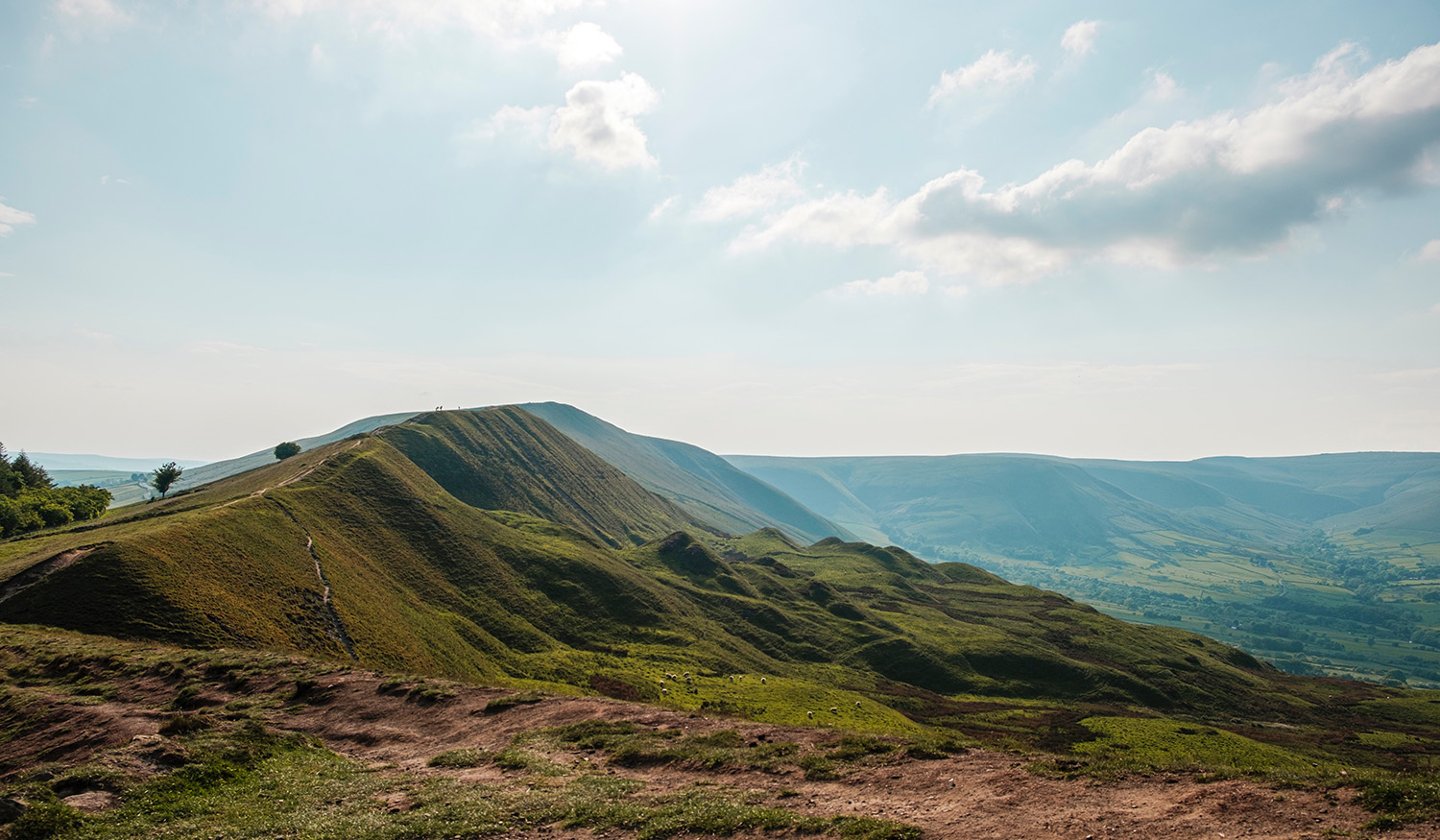 Fans and travelers in Sheffield, Derby or Manchester should definitely plan a detour to the filming location: Peak District is not only Great Britain's first national park, it also offers numerous trails for hikers, horseback riders and mountain bikers.

Many scenes of the new HBO series were shot at Warner Bros. Studios in Leavesden, about 30 kilometers northwest of London – action-packed shots in the Red Keep, in particular, were easier to realize there. The filming of Star Wars - Episode I, among other blockbusters, also took place in Leavesden. 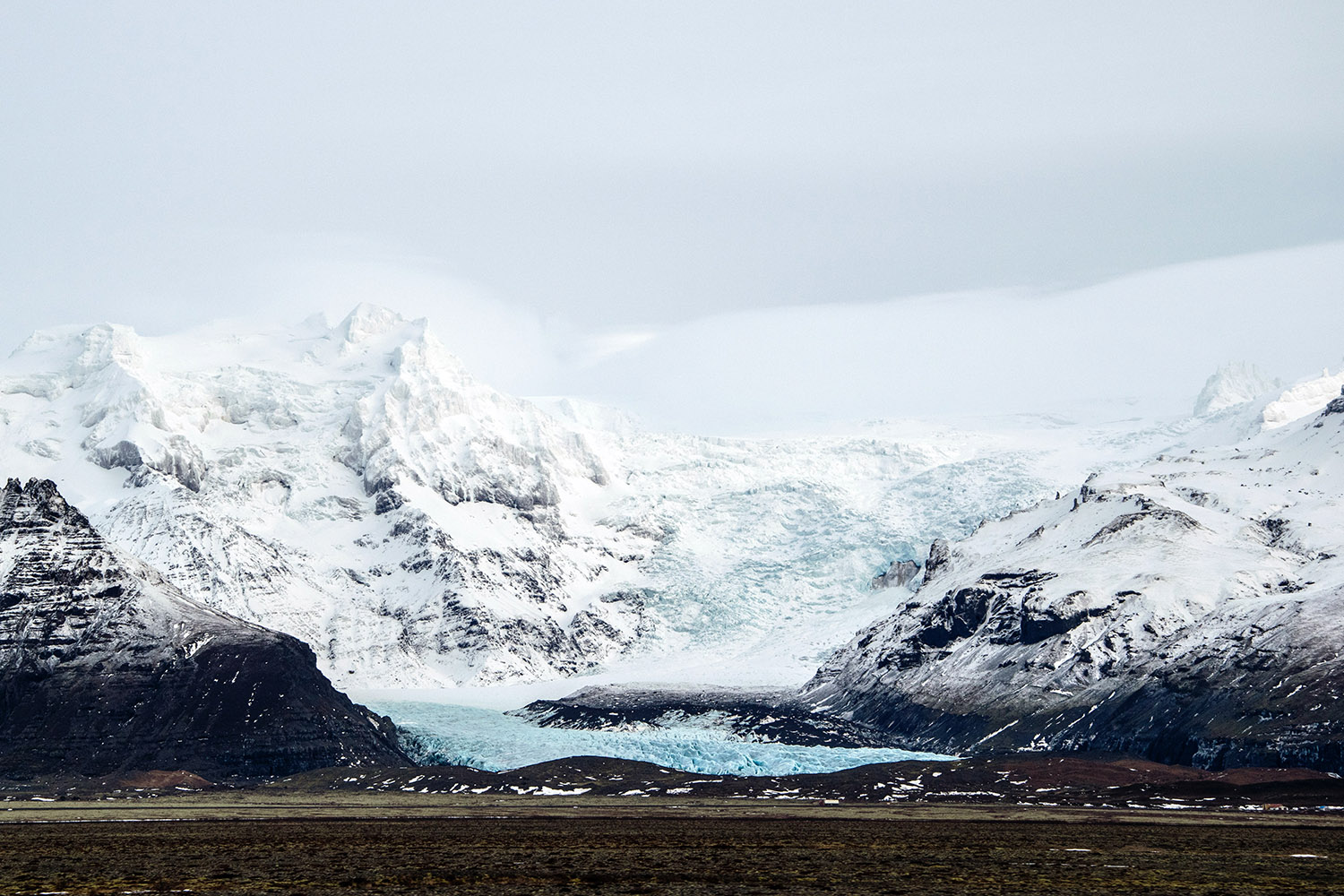 The glacier tongue of Svínafellsjökull is one of the most beautiful and popular natural spectacles in Iceland. © Michal Mancewicz

In the original show, Jon Snow entered the incredible worlds between fire and ice here. In House of the Dragon, the location once again serves as the Far North. The team was seen filming at Svínafellsjökull, the largest ice cap in Europe. Due to its numerous glaciers, volcanoes and waterfalls, the area in Iceland is popular with ice hikers and photographers.

Related: Inside the House of Gucci: The Most Beautiful Locations in the Film